At least 52 people in Wisconsin who said they voted in-person or worked the polls for the US state's April 7 primary election have tested positive for coronavirus, according to the Wisconsin Department of Health Services.

Several of those people reported other possible exposures as well, Jennifer Miller, a department spokeswoman said.

The state's decision to hold in-person elections in the middle of a pandemic was roundly criticized by candidates and health experts, and turned into a bitter partisan battle.

The novel coronavirus has now infected more than 3.1 million people and killed nearly 217,000 worldwide, according to Johns Hopkins University.

US cases surpass 1 million: With at least 1,012,399 known Covid-19 infections, the United States accounts for nearly a third of cases officially recorded worldwide, as some states take their first steps toward reopening.

Russia braces for tough phase: The country will "face a new and grueling phase of the pandemic," President Vladimir Putin said in a televised statement. He also acknowledged shortfalls in personal protective equipment for Russian medical workers. Russia has surpassed both Iran and China in its number of confirmed cases.

Countries easing lockdowns: New Zealand, Australia and several European countries including Portugal, France, and Greece have loosened, or put forward plans, to ease some of their toughest coronavirus restrictions.

Mike Pence mask controversy: The US vice president has come under fire for not wearing a face mask while touring the Mayo Clinic in Minnesota. Pence said he didn't wear one because he's tested for coronavirus regularly.

Unrest in Lebanon: Tensions continue to flare in Lebanon as violent protests against economic hardship erupted again in Tripoli and other cities in defiance of a coronavirus lockdown.

Airline layoffs: British Airways has announced a restructuring and redundancy plan that could lead to layoffs for up to 12,000 staff.

Tensions continue to flare in Lebanon as violent protests against economic hardship erupted again in Tripoli and other Lebanese cities on Tuesday, according to local and state media.

In defiance of a coronavirus lockdown, protesters in Tripoli threw Molotov cocktails at the central bank, set dumpsters on fire and hurled rocks and firecrackers at security forces. In turn, security forces responded with rubber bullets and tear gas to disperse the protesters, who numbered in the hundreds.

At least seven people were taken to nearby hospitals and 15 others were treated at the scene, the Lebanese Red Cross said on its Twitter account.

Covid-19 restrictions worsen financial crisis: Lebanon's economy, like many others around the world, was brought to a screeching halt by a government-imposed lockdown designed to stop the spread of coronavirus. But the restrictions have further exacerbated the country's deep and long-running financial crisis.

Since a popular uprising gripped the country late in 2019, its currency has dropped and it defaulted on its debt for the first time. Now, after nearly two months of lockdown, food prices are soaring and the Lebanese lira is in free fall.

Prior to the Covid-19 outbreak, the World Bank projected that 45% of people in Lebanon would be below the poverty line in 2020. Now, the government believes that up to 75% of people are in need of aid, Social Affairs Minister Ramzi Musharrafieh told CNN. 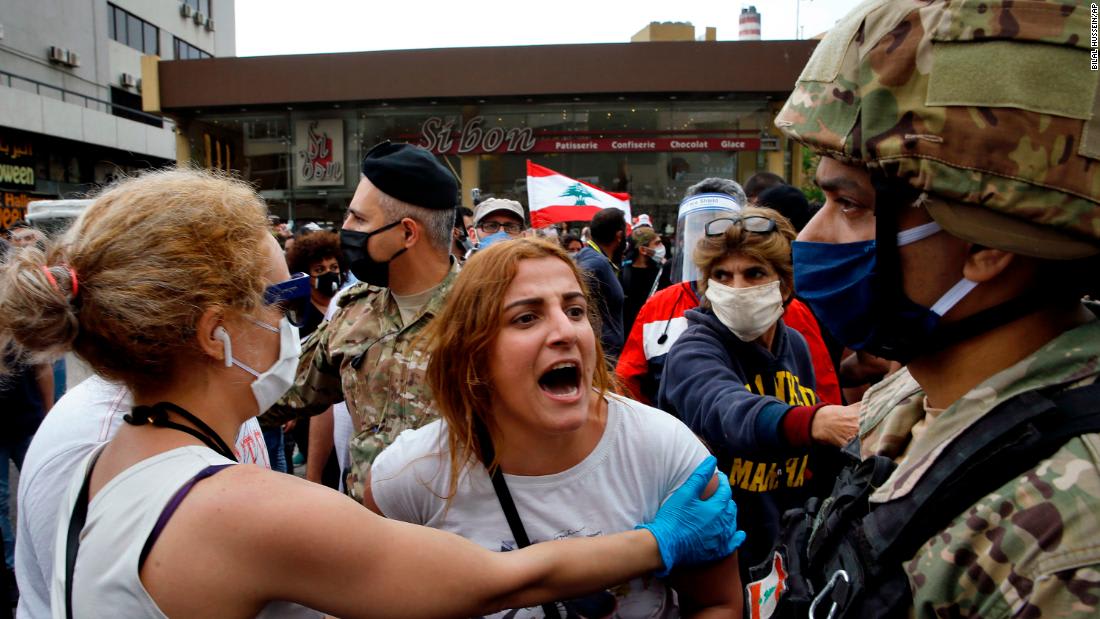 75% of Lebanon needs aid after coronavirus, and hungry protesters are back on the streets

China reported 22 new cases of novel coronavirus and no new deaths on Tuesday, according to the National Health Commission.

The new infections include 21 imported cases and one local case from Guangdong province, which borders Hong Kong and Macau in southeast China.

In addition to the new cases, 26 asymptomatic cases were also reported. Some 993 asymptomatic patients remain under medical observation around the country.  China previously did not include those patients not showing symptoms in some of its tallies.

The total number of confirmed cases to date is 82,858, the NHC said.

Of those confirmed cases, 77,578 patients have recovered and been discharged.

US President Donald Trump has signed an executive order, which aides said earlier would fall under the Defense Production Act, that mandates meat processing plants must stay open, an official says.

It comes after some US companies, such as Tyson Foods, were considering only keeping 20% of their facilities open. The vast majority of processing plants could have shut down -- which would have reduced processing capacity in the country by as much as 80%, an official familiar with the order told CNN.

By signing the order, Trump has declared these plants as a part of critical infrastructure in the US.

Some of the largest processing plants in the US have been forced to cease operations temporarily after thousands of employees across the country have tested positive for the virus.

The United Food and Commercial Workers International Union estimated that 20 meatpacking and food processing workers have died so far. 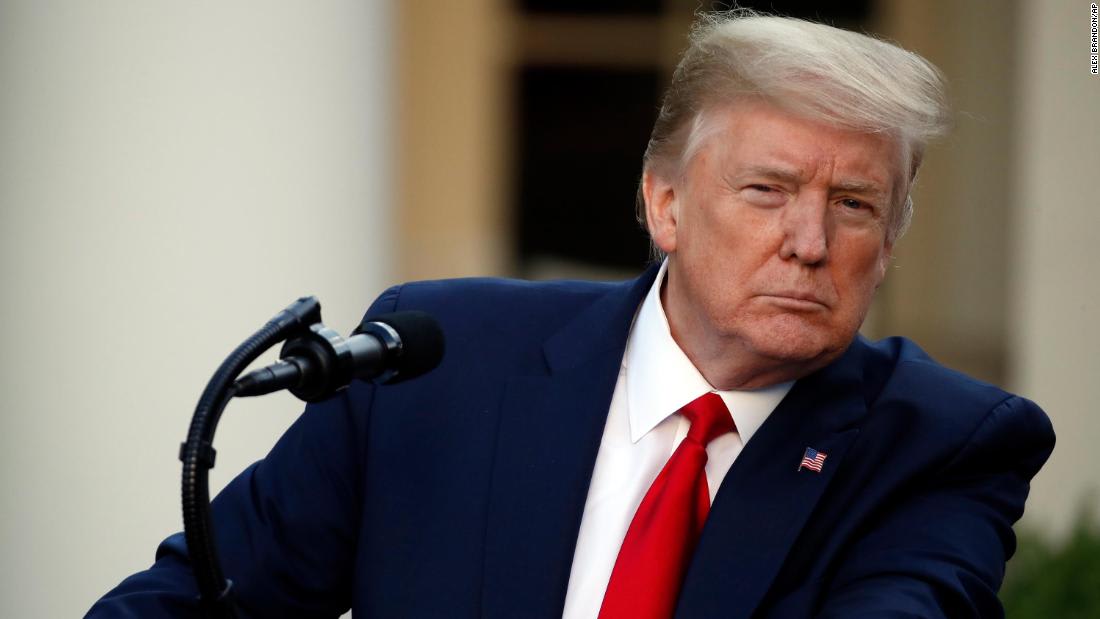 Some antibody tests, which check for prior Covid-19 infection, had high rates of false positives in screenings performed by a consortium of California laboratories, according to a recently released report.

A false positive means someone would be told they’d already had coronavirus when they had not -- a potential danger as people could then think they were immune to the virus when they’re actually still vulnerable.

“That’s terrible. That’s really terrible,” said Dr. Caryn Bern, one of the authors of the study that looked at the 12 tests.  She said while it’s unrealistic to think all tests will be 100% accurate all the time, their false positive rates should be 5% or lower, or ideally 2% or lower.

“This was a real wake up call for me. We’re not at the point where any of these tests can be used reliably,” added study coauthor Dr. Alexander Marson. “There’s a big danger in relying on them at all, but we hope we get to a point soon where we can rely on these tests.”

According to the spokesperson, “upon arrival, the delegation traveled in groups to several locations, but Americans were not among those who traveled to Wuhan.”

It is unclear why the US officials did not travel to the city at the center of the outbreak. CNN has reached out to the State Department for clarity.

While in Wuhan, the WHO delegation visited the airport, a hospital, and the Chinese Center for Disease Control and Prevention, including one of their labs.

They did not visit the Wuhan Institute of Virology, according to a WHO visit summary. Secretary of State Mike Pompeo said in mid-April that “we still have not had Western access to that facility so that we can properly evaluate what really has taken off all across the world and how that began.”

Although the State Department acknowledged that Americans were part of the WHO delegation, Pompeo has repeatedly called out China for denying requests from the Trump administration to allow American scientists on the ground.

“This President and this administration worked diligently to work to get Americans on the ground there in China, to help the World Health Organization try to get in there as well. We were rebuffed,” Pompeo said on Thursday. “The Chinese government wouldn’t let it happen, indeed just the opposite of transparency.”

Canada released a new epidemic snapshot Tuesday and updated modeling that shows its epidemic growth rate is slower than in most countries, including the United States, but also shows a death rate higher than earlier predicted.

Canadian public health officials say the epidemic growth is slowing. About a month ago it was doubling every three days but is now doubling every 16 days.

However, Canada is now reporting nearly 3,000 deaths from Covid-19, much higher than originally predicted.

“We are seeing the tragic paradox of the epidemic playing out,” said Dr. Theresa Tam, Canada’s chief public health officer during a presentation of the new modeling Tuesday.

“As the epidemic comes under control, and the growth of cases slows, the severe outcomes and deaths continue to accrue, as Covid-19 takes a heavy toll among highly susceptible populations,” Tam said.

Canada is currently dealing with hundreds of outbreaks in long-term care homes throughout the country. Government statistics released Tuesday show that 79% of deaths across the country are related to outbreaks in care centers.

“Outbreaks in long-term care and seniors’ homes are driving epidemic growth in Quebec, Ontario and Nova Scotia and are responsible for the majority of all deaths in Canada,” Tam said.

Prime Minister Justin Trudeau said that while Canada was flattening the curve, distancing measures and some closures would remain in place for some time.

“We’re in the middle of the most serious public health emergency Canada has ever seen and if we lift measures too quickly, we might lose the progress we’ve made,” Trudeau said during a news conference in Ottawa on Tuesday.

At least 1,011,877 cases of the novel coronavirus have been recorded in the United States, according to Johns Hopkins University's tally of cases.

The number of confirmed US coronavirus cases topped 500,000 on April 10, according to Johns Hopkins’ tally.

At least 58,351 deaths related to Covid-19, the disease caused by the virus, have been recorded in the US.