In a small pilot study, researchers are exploring whether low-dose chest radiation therapy may improve lung function in certain critically ill Covid-19 patients, according to a news release from the Winship Cancer Institute of Emory University in Atlanta.

“The COVID-19 pandemic inspired us to think outside the box, and we’ve been working with our intensivist colleagues to launch this trial because of its potential to help patients who are desperately ill,” said Dr. Mohammad Khan, an associate professor in the department of radiation oncology in the Emory University school of medicine and a co-principal investigator on the study, in the release.

There are currently five critically ill patients enrolled in the phase I/II clinical trial, with an additional five patients to be added in another group. Those enrolled are given a single treatment of low-dose chest radiation and are followed through a one-week observational period.

Century-old idea: The study was inspired by the historical use of chest radiation to treat pneumonia over 100 years ago, before the development of antibiotics and other modern medicine, Khan said.

“Historical uses of radiotherapy for pneumonia led to a 90% response rate and prevented people from dying. If I am correct, we should see significant responses in Covid patients treated with low dose whole lung radiotherapy,” Khan said.

Investigators hope that those who receive the therapy will see improved pulmonary functioning with a decreased need for mechanical ventilation.

What is radiation therapy? It refers to the use of high-energy beams to induce cell damage by destroying the genetic material that cells need to grow and divide. At high doses, radiation can cause severe tissue destruction and is used to shrink or destroy tumors as part of cancer treatment, according to Mayo Clinic.

But at lower levels, radiation actually reduces inflammation by decreasing the production of certain chemicals called cytokines that are central to the inflammatory process, according to Khan.

Dr. Philip Breen, the father of New York City emergency room doctor Lorna Breen who died by suicide Sunday, said "she put her life on the line to take care of other people."

Dr. Lorna Breen had recovered from Covid-19 and continued to treat coronavirus patients.

“She was a doctor, every bit of the word that a doctor should be,” Breen said. “She put her life on the line to take care of other people. She was in the trenches, so to speak, right in the front line as people were dying left and right around her.”

"I just want people to know how special she was," he added.

Lorna Breen told her father that her colleagues were putting in 18-hour days and sleeping in hallways, and that ambulances couldn't get in because it was so busy.

She worked in the emergency department and had been on the front lines for weeks, handling the onslaught of cases, her father said. New York City has been the US' pandemic epicenter, recording nearly 300,000 cases and more than 22,000 deaths as of Tuesday.

Breen said his daughter contracted the virus and stayed home for just over a week, which in hindsight, he feels wasn’t enough time.

“I think she felt an overwhelming sense of wanting to help her colleagues and her friends who were still fighting the good fight and so she strapped on her harness and took the bit in her mouth and she went back,” Breen said.

During her final 12-hour shift, Breen said his daughter "went down in the traces like a horse that had pulled too heavy a load and couldn’t go a step further and just went down, and so she went down.”

Breen said his daughter was not struggling with any emotional difficulties or problems with stress prior to this.

“As of Sunday, she took her own life because I think she was tired and she was the kind of person, as somebody has very aptly put it, she was like the fireman who runs into the burning building to save another life and doesn’t regard anything about herself. So she has paid the price and she’s been in the trenches,” he said.

He remembers his daughter as a salsa dancer, a nursing home volunteer, and a snowboarder.

Officials from the US Federal Emergency Management Agency and the Department of Health and Human Services told lawmakers that US states continue to face shortages of personal protective equipment and coronavirus testing supplies, according to a news release from the House Oversight Committee.

"During several recent briefings, officials from FEMA and HHS directly contradicted President Trump’s claims, admitting that we do not have enough tests or protective equipment and that critical shortages are likely to continue," Maloney said.
"The President’s failed response to the coronavirus crisis has already caused untold suffering and chaos. He needs to start being honest with the American people and come up with a nationwide plan to get the resources we need to prevent more Americans from dying." 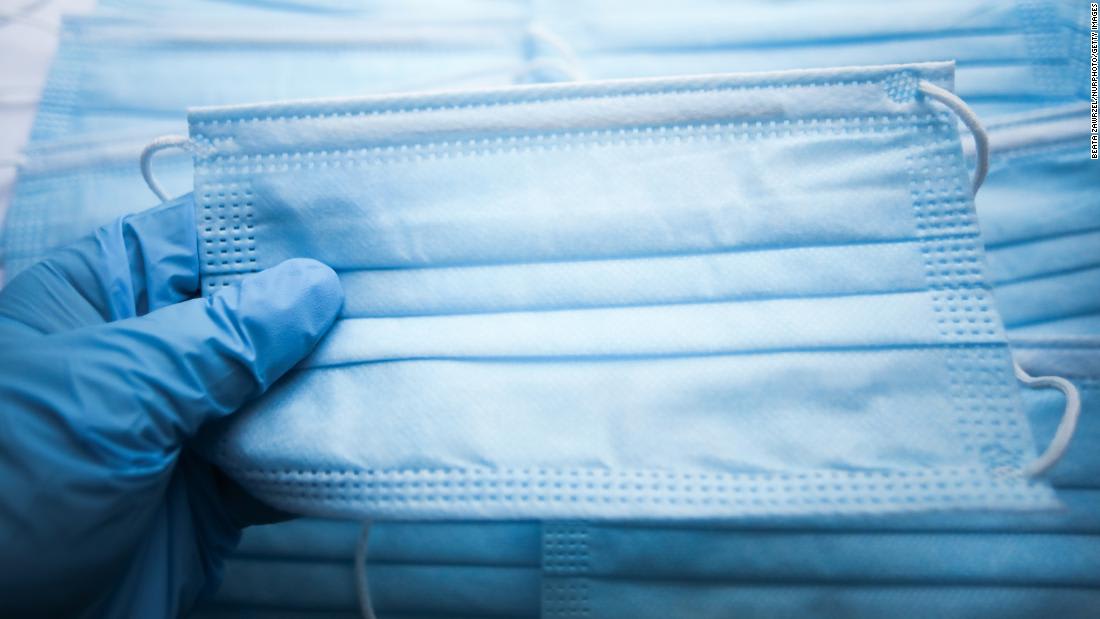 Opinion: As a doctor in the US, I shouldn't have to buy masks and gloves on the black market

Japanese Prime Minister Shinzo Abe’s campaign to distribute free, reusable cloth masks amid chronic shortages has been met with complaints that they are stained and dirty.

The number of damaged masks intended for pregnant women in Japan had risen to 30,000 out of 500,000 by Tuesday, according to Japanese public broadcaster NHK.

The masks are being dispatched in order of priority, with pregnant women at the top of the list, and are part of a wider plan to send two reusable cloth masks to roughly 50 million households in the country.

Quality check underway: Speaking at a news conference on Tuesday, Japanese health minister Katsunobu Kato told reporters the safety of the masks would be checked.

This post has been updated to reflect the number of damaged masks.

Villagers threw stones at police at a cremation ground in northern India on Monday when the body of an elderly woman suspected to be a coronavirus patient was brought there for her last rites, according to a senior police official.

Police officers used batons and fired shots in the air to disperse the crowd. A total of 30 people from Chand Pura village in Ambala district of Haryana state were arrested, said Abhishek Jorwal, superintendent of police in the district.

"Due to the coronavirus, the government has issued guidelines on disposing of bodies of patients who died in a hospital. The municipality designates where a body must be cremated," Jorwal said.

According to Jorwal, the villagers were unhappy that someone who was not from their village was being cremated on their grounds and might spread infection.

"We reassured them that all precautions were being taken but they picked up stones from the neighboring railway tracks and pelted them on the police. (The police) fired a few warning shots in the air and used minor lathi charge (beating with batons) to disperse the crowd so we could perform the last rites," Jorwal said.

The postmortem report revealed that the woman did not have coronavirus.

Similar incident: Earlier this month, a mob threw stones at an ambulance carrying the body of a doctor who succumbed to the virus in Chennai, capital of Tamil Nadu state in southern India.

Members of the ambulance crew and family and friends of the doctor were injured when they took the body to the burial ground, according to Dr. Rajan Sharma, president of the Indian Medical Association. Chennai police arrested 20 people on April 19 in connection with the incident.

South Korea reported nine new cases of coronavirus on Tuesday, according to the South Korean Centers for Disease Control and Prevention.

Among the new cases, five are imported.

The total number of coronavirus cases recorded in South Korea is 10,761.

Numerous Western politicians, particularly on the right, have blamed China's government and political system for causing the current global crisis.

Many have continued to hammer phrases such as "China flu" or "Wuhan virus," despite warnings that such terms could lead to increased hostility against Asians.

But for some, the Beijing model is not necessarily looking so bad. China, despite being where the virus first emerged, has coped with the ensuing pandemic far better than many other countries, even though those countries had a longer warning time and greater chance to prepare.

The crisis has also highlighted the benefits of a strong government and centralized planning, while exposing the limitations of private industry to respond quickly, particularly in the health care sector.

In the United States, which is often held up -- for better or worse -- as the example par excellence of a Western democracy, the alternative to the Chinese model appears to be somewhat chaotic.

Far from a strong government, Washington has found itself fighting with state officials, facing accusations of pilfering medical supplies and growing calls for greater state power. Meanwhile, US President Donald Trump has been accused of spreading disinformation and encouraging protests. 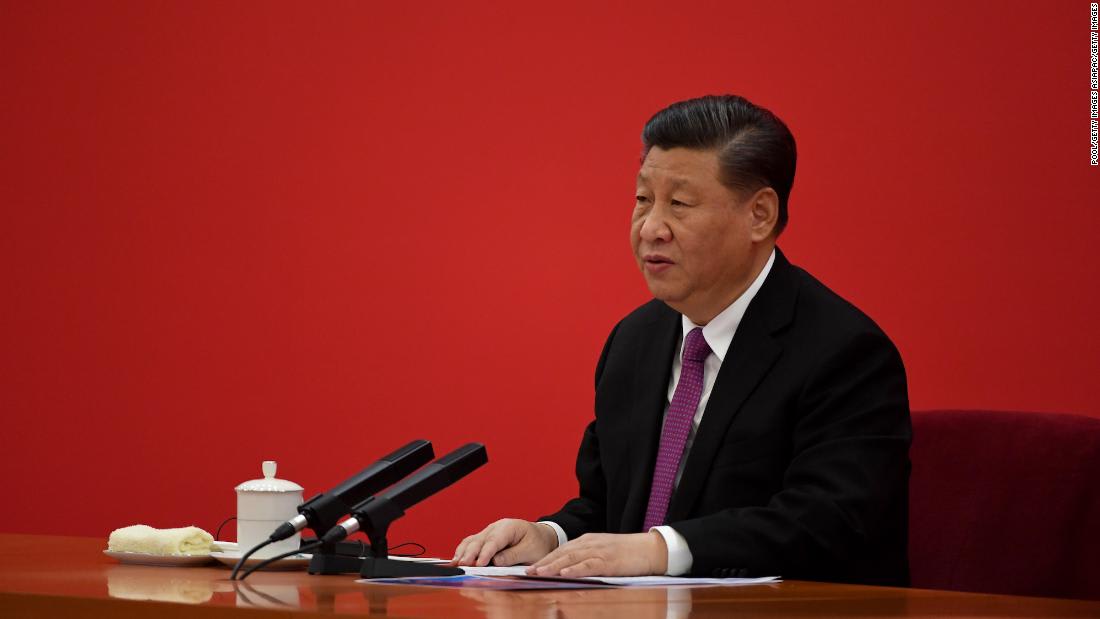 China's model of control has been blamed for the coronavirus crisis, but for some it's looking increasingly attractive

Sailors from the coronavirus-stricken USS Theodore Roosevelt will begin returning to the aircraft carrier in the next 24 to 48 hours for the first time since they were moved ashore because of Covid-19, according to a defense official.

The official said that returning sailors could do so after testing negative for the virus twice in a 24-hour period, but the source declined to say how many sailors would be in the initial return.

The sailors have been ashore in Guam as part of a massive effort to evacuate all of the ship's nearly 5,000 troops and ensure they are virus-free through testing.

These initial returning sailors will replace several hundred who had been left aboard to operate essential functions to keep the ship running, including manning the nuclear plant and providing safety and security.

Fall in cases: As of Tuesday, the ship had fewer positive cases than the day before for the first time. There were 940 cases, compared with 955 on Monday, reflecting an increase in the number of sailors who have recovered. 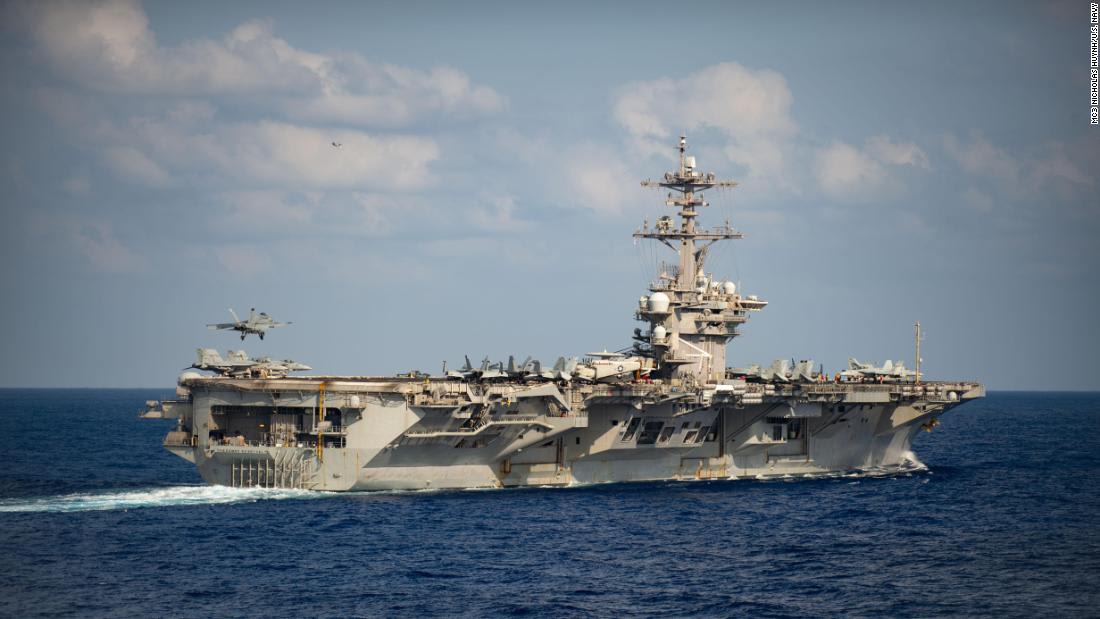 Sailors will start to return to the USS Theodore Roosevelt

China will hold its annual meeting of the National People’s Congress on May 22, after the unprecedented decision to postpone it amid the coronavirus pandemic.

The full session of the NPC -- a gathering of the country's nearly 3,000 national legislators -- was originally scheduled to open on March 5.

The decision to resume the meeting was passed by the NPC Standing Committee today, citing the “continuously improving situation of the country’s epidemic prevention and control on Covid-19” and a “gradual return to normal of economic and social life” in China, according to the state-run Xinhua news agency.

On Tuesday, China reported 22 new cases of coronavirus and no new deaths.

What is the NPC? The National People’s Congress is the country’s rubber-stamp parliament. Until this year, the annual plenary session -- one of the biggest events on the country's political calendar -- had not been delayed or suspended since the end of the Cultural Revolution in the late 1970s.

It went ahead as scheduled in 2003 amid the severe acute respiratory syndrome (SARS) epidemic, which originated in China and hit the country hard. SARS eventually spread across the world to infect more than 8,000 people, killing at least 774.