Pakistan will lift restrictions on mass gathering at mosques for prayers during the Islamic holy month of Ramadan, Pakistani President Arif Alvi announced on Sunday.

Congregational prayers will be held but strict disciplinary measures will be in place to prevent the spread of coronavirus, Alvi said.

Ramadan this year is expected to begin at sundown on April 23.

After a consultation with the country’s top religious scholars, the president released a 20-point action plan. This includes measures such as requiring people to wear masks in mosques and providing a police presence there to ensure social distancing is in place.

Alvi added that the government would review and change any part of its policy on mosques during Ramadan if these measures were not being followed or if the number of cases were to rise exponentially.

The number of diagnosed coronavirus cases as of Sunday in Pakistan was 7,993, with 159 deaths, according to the country’s health ministry.

Australian Foreign Minister Marise Payne has called for an "independent review" of the circumstances that led to the start of the coronavirus pandemic, adding to growing pressure on China over its handling of the virus.

"We need to know the sorts of details that an independent review would identify for us about the genesis of the virus, about the approaches to dealing with it, and addressing it, about the openness with which information was shared, about interaction with the World Health Organization, interaction with other international leaders," she said in an interview with Australia's ABC television on Sunday.

"All of those sorts of things will need to be on the table."

Paine said that when it comes to Australia's relationship with China, "transparency is essential."

Asked whether she believes the World Health Organization is too "beholden" of China, she said Australia shares the concerns that the US has expressed.

"I think it is about an independent mechanism, and I’m not sure that you can have the health organization, which has been responsible for disseminating much of the international communications material, and doing much of the early engagement and investigative work, also as the review mechanism," Payne said.

"That strikes me as somewhat poacher and gamekeeper." 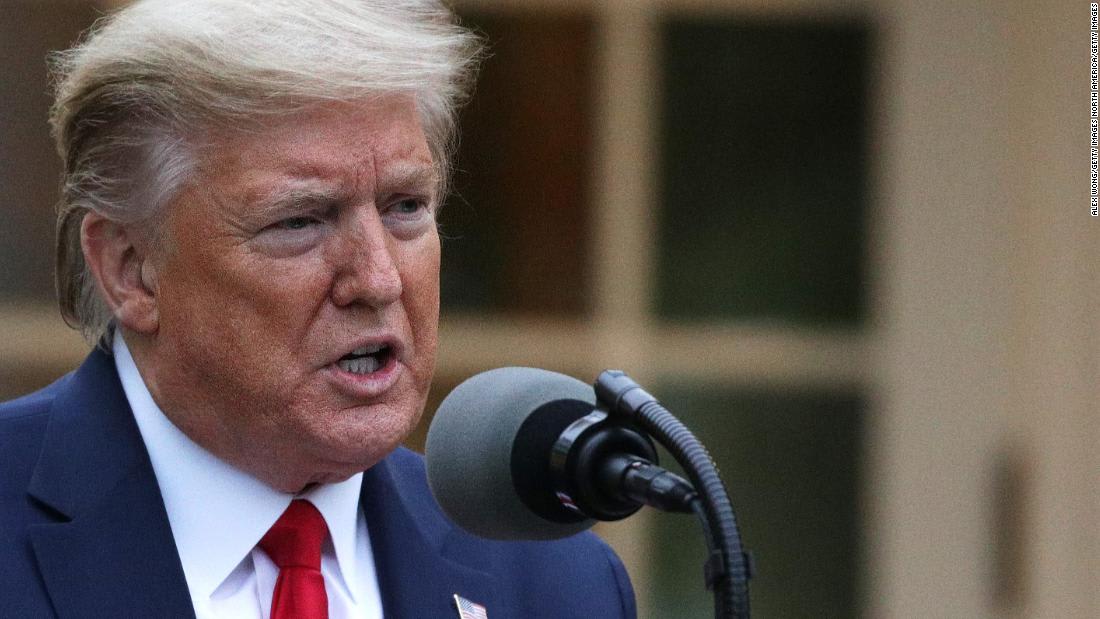 Trump is halting funding to the WHO. What does this actually mean?

Sixteen more people who had recovered from coronavirus and were released from quarantine have tested positive again for the infection, South Korea's Centers for Disease Control and Prevention (KCDC) reported on Sunday.

This means that 179 people in total have retested positive after they were released from quarantine, out of 8,042 patients who've recovered from Covid-19 so far, KCDC director Jung Eun-Kyeong told a press briefing.

It is currently unclear why patients could be retesting positive. Most experts think it's unlikely that somebody will be reinfected right after recovering. It's possible that issues with testing -- or varying amounts of viral RNA in the body, which the tests look for -- could explain why people test positive after testing negative, experts say.

An in-depth epidemiological investigation is underway to figure out the cause, Jung said.

Most such cases test positive after an average of about 13 days following release from quarantine, Jung added, and so far no secondary infections have been reported from these cases.

Death toll passes 160,000: At least 160,917 people have died from Covid-19 and there are more than 2.3 million cases worldwide, according to the Johns Hopkins University tally. Worst hit by the pandemic is the US, where there are more than 734,000 coronavirus cases and 38,900 deaths.

Lowest daily counts: China, where the outbreak started, reported 16 new coronavirus cases at the end of the day Saturday, its lowest daily increase since March 17.

Venezuela may postpone elections: Venezuelan President Nicolas Maduro wants the country’s top court to postpone the parliamentary elections scheduled for December this year until January 2021. Maduro said the pandemic is the priority and it would be irresponsible to carry out elections in that environment.

Opening up the US: The US CDC released new details on how communities can contain the virus, as part of the White House Task Force’s plan to "get and keep America open." Meanwhile, President Donald Trump says the response to the coronavirus “should not be a partisan witch hunt" but attacked three Democratic governors, who he said "have gotten carried away" with social distancing. Protesters gathered in several US states to oppose stay-at-home orders.

International advocacy group Global Citizen, together with Lady Gaga, announced nearly $128 million in commitments to supporting healthcare workers in the fight against the Covid-19 pandemic, the organization tweeted early Sunday.

“$127.9 million for COVID-19 relief. That is the power and impact of One World: #TogetherAtHome,” Global Citizen tweeted, following the live broadcast.

The “One World: Together at Home” concert took place on Saturday and was a collaboration between the World Health Organization and Global Citizen, to encourage people to take action against the spread of the coronavirus by staying home.

The show was hosted by Jimmy Fallon, Jimmy Kimmel and Stephen Colbert.

Lady Gaga responded to Global Citizen’s tweet, saying: “I am so humbled to have been a part of this project."

A groom-to-be broke India's nationwide coronavirus lockdown by cycling more than 800 kilometers (almost 500 miles) to get back to his hometown to get married.

But before he could say "I do," Sonu Kumar Chouhan, a 24-year-old factory worker, was stopped by police and put into government quarantine.

Chouhan told CNN that he was due to get married on April 15 but the nationwide lockdown trapped him in Ludhiana town, in Punjab, where he works.

His wedding venue was about 1,000 kilometers (500 miles) away in Maharajgunj, Utter Pradesh state.

"After much discussion with friends, we decided to embark the 1,000-kilometer journey by cycle," Chouhan said, who traveled with three friends.

The group's plan was foiled when they were stopped at a police checkpoint in Utter Pradesh.

"We cycled day and night for a week to reach home but were caught in Balrampur district two days before the wedding. Had we covered next 150 kilometres I would be married by now, but the authorities did not allow me to cycle further," said Chouhan.

The four men will be sent home from quarantine in 14 days if they don't show symptoms.

India's nationwide lockdown was announced on March 24 and will remain until May 3.

Earlier this month, there was a funeral procession in the Sicilian town of Messina, in defiance of a nationwide lockdown in Italy.

It was no ordinary procession: The couple of dozen people walking behind the hearse were paying their respects to a 70-year-old scion of one of the most notorious Mafia famiglie.

Claudio Fava, president of the regional anti-Mafia committee, described it as a "real scandal, an insult to those who lost their relatives in the pandemic."

Funerals have been banned in Italy since early March as part of a broader set of restrictions aimed at curbing the Covid-19 outbreak that has killed about 23,000 people.

That the procession took place at all speaks to the power -- and the impunity -- wielded by the Mafia in parts of Italy.

They are providing everyday necessities in poor neighborhoods, offering credit to businesses on the verge of bankruptcy and planning to siphon off a chunk of the billions of euros being lined up in stimulus funds.

"What we are seeing -- and will see more and more as the economic and social crisis unfolds -- is Mafia groups returning to their core businesses of protection and governance," said Zora Hauser, a researcher into organized crime at Oxford University.

The most powerful branch of the Mafia -- the 'Ndrangheta, based in Calabria -- is thought to control 80% of the European cocaine market. Even as the pandemic made distribution more difficult, it took advantage of the lockdown. 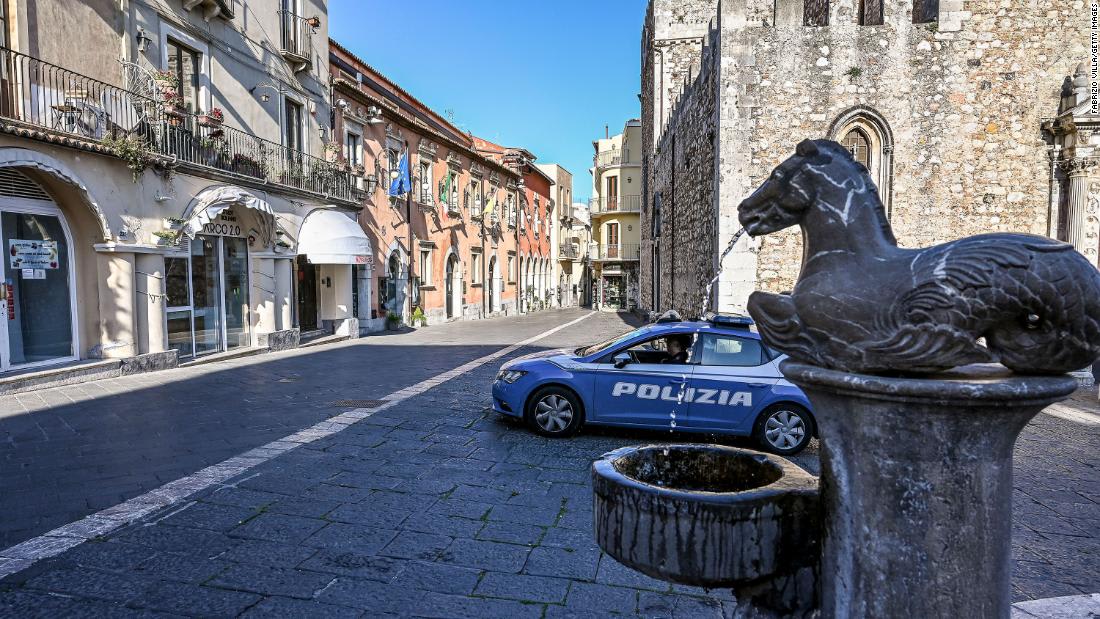 The Mafia Is poised to exploit coronavirus, and not just in Italy

The money will go towards providing healthcare workers with protective equipment and getting them the necessary information and training to detect and treat patients, according to a statement from Bloomberg Philanthropies, the vehicle for former New York City Mayor Michael Bloomberg's charitable enterprises.

“The funding will also help with efforts to track and study the spread of the virus, accelerate the development of treatments, vaccines, and tests, and produce guidance on measures that the general public should take to prevent the spread of COVID-19,” the statement added.

Broadway actor Nick Cordero is recovering after having his right leg amputated following complications with coronavirus, his wife said.

The Tony Award-nominated star has been battling coronavirus for more than two weeks. His wife, Amanda Kloots, has kept fans informed by sharing updates on his health on her Instagram.

Saturday was day 18 of Cordero being sedated in the intensive care unit while battling coronavirus, Kloots told her social media followers.

While hospitalized, he started having clotting issues on his right leg, and could not get blood down to his toes. The blood thinners he got to fix the clotting issues were affecting his blood pressure and causing internal bleeding in his intestines, she said.

"They had him on blood thinners for the clotting, unfortunately the blood thinners were causing other issues," she said Saturday. "The right leg will be amputated today." 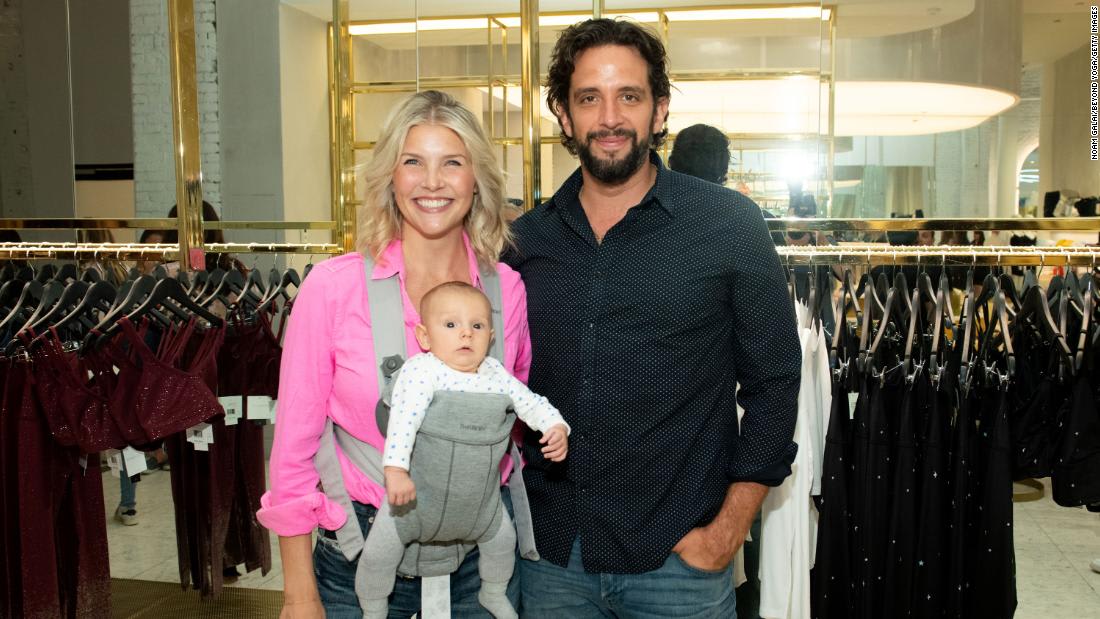