India’s Prime Minister Narendra Modi will address the nation at 10am, local time, on April 14, according to a tweet from the PM’s office.

April 14 marks the last day of the three week nationwide lockdown that was implemented on March 25.

Lockdown extended in some areas: Several states have already extended the lockdown, as numbers of coronavirus cases continue to rise across the country.

Maharashtra, Punjab and Odisha were all originally scheduled to come out of lockdown along with the rest of the country on Tuesday.

So far, there has been no announcement from Modi as to whether the nationwide lockdown will be extended.

Cases continue to rise: India recorded 796 new cases of coronavirus in the past 24 hours, bringing the nation's total to 9,152 confirmed cases as of Monday, according to the country's health ministry.

The Japanese island of Hokkaido has issued a state of emergency over the novel coronavirus outbreak for the second time, as the prefecture reported a double-digit increase in infections for a fifth day Sunday.

Residents urged to stay indoors: Naomichi Suzuki, the Hokkaido governor, said a “second wave crisis” was hitting the region, urging residents to stay indoors unless essential. Suzuki indicated that Hokkaido had a number of positive cases of people who had traveled from other prefectures currently under a state of emergency.

The Hokkaido prefecture has also asked residents to avoid dining in restaurants to prevent face-to-face contact, while urging the national government to help mitigate the economic fallout, particularly to the tourism industry.

Sapporo -- the capital of Hokkaido, where schools resumed for the new academic year just last week -- will close from April 14 until May 4.

Since April 8, Hokkaido has reported more than 10 new cases of coronavirus every day. As of Sunday, the prefecture had reported a total of 267 confirmed cases.

Hokkaido first declared its own state of emergency in February, but lifted it on March 19.

Japanese cases spike: The number of confirmed cases has spiked in recent days, after it appeared that Japan's initial response had brought the virus relatively under control. As of Monday, at least 7,967 cases have been reported across the country, including 712 cases linked to the Diamond Princess Cruise ship, according to Japan's health ministry.

The ministry is expected to release the number of fines handed out on Easter Sunday later today.

Over Friday and Saturday, 22,956 people were fined, along with 397 businesses, according to the ministry.

During the Easter weekend, police forces tightened controls on most roads to prevent the movement of people and maintain compliance with the containment measures against the spread of coronavirus, the ministry added.

From the start of the national lockdown in Italy on March 11 to April 11, a total of 6,762,858 people have been checked to make sure they were complying with containment measures.

The figure surpasses the number of confirmed coronavirus cases over the previous 24-hour period, when cases rose by 2,186.

New Zealand Prime Minister Jacinda Ardern said she has sent a Facebook message to Jenny McGee, one of the two nurses singled out by UK Prime Minister Boris Johnson for their care while he was in hospital.

But Arden says she hasn’t yet had a response to her Facebook message.

"Nor would I expect to hear back from her necessarily at all. She’s obviously on the front line and I imagine will be very focused on her job," Arden told reporters today.

Arden said "nurse Jenny" is just one of the "many, many Kiwis" who work in health care around the world.

"They show the same commitment, same care, same work ethic that they do here, and we are all very proud of them -- especially you, nurse Jenny."

Parents "exceptionally proud": Speaking to TV New Zealand, Caroline and Mike McGee said that they were "exceptionally" proud of their daughter, saying that they found her commitment to her job "incredible."

“But she has told us these things over the years and it doesn’t matter what patient she’s looking after, this is what she does," Caroline McGee said.

An area of the arrival hall at Tokyo's Narita airport has been transformed into a cardboard box zone for international travelers who can't find a space in a nearby government-mandated hotel as they await their coronavirus test results.

The makeshift waiting area with dozens of cardboard bed boxes is for those whose friends and relatives can't pick them up immediately in a private car. Staff wearing protective gear provide snacks and water as travelers kill time.

In Japan, sturdy cardboard box beds are normally used during disasters. But the use of this space in Narita airport has drawn criticism on Japanese social media, with users commenting that the area could promote the spread of coronavirus rather than contain it.

"They don't do much testing in Japan, but many returnees from overseas are infected," tweeted Misachasu, who also wrote a post on the experience of his Vietnamese friend who spent a night in the cardboard box zone. "We consider this space a high risk of infection."

Japan has enacted a ban on travelers from over 70 countries and regions, with no scheduled end date.

Stanley Chera, the prominent New York City real estate developer and Republican donor who co-founded Crown Acquisitions, has died of complications related to the novel coronavirus, a source close to Chera confirmed to CNN Sunday. He was in his late 70s.

The news was first reported by journalist Yashar Ali.

Chera's real estate career began when he started buying the retail buildings that held his family's chain of children's specialty stores, holdings that became Crown Acquisitions, according to the company's website. The company eventually divested from the retail stores to focus on real estate. Crown's holdings include several iconic New York City properties, such as The St. Regis New York and the Cartier Mansion.

From 2016 to 2019, Chera donated a total of $402,800 to Donald J. Trump for President Inc. and Trump Victory, organizations dedicated to supporting Trump's presidency, according to Federal Election Commission records. 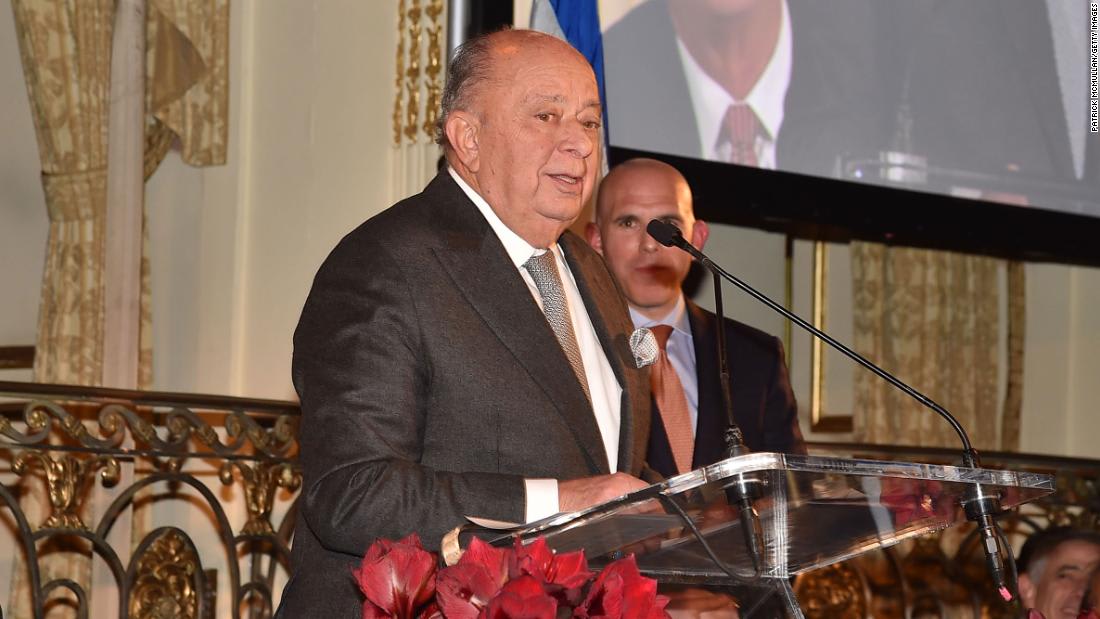 Kritchai Rojanapornsatit has lived in Phuket for most of his life.

Owner of a construction company, he's accustomed to the regular traffic jams on Thailand's most popular resort island, where large tour buses chug up and down its hilly roads as tourists weave around them on rented motorbikes, all heading for Phuket's many beaches, ports and attractions.

The scenes that greet him now, however, are like nothing he's ever witnessed in his 30 years of living here.

"There are no speed boats on the water, the streets and beaches are empty and there are very few tourists," he tells CNN Travel.

That's because authorities have taken extraordinary lockdown measures to slow the spread of the Covid-19 virus in Phuket, which has emerged as the country's coronavirus hotspot.

With 170 confirmed cases of Covid-19 as of April 10, this island of 400,000 or so residents has the highest infection rate per capita out of all of Thailand's 77 provinces. 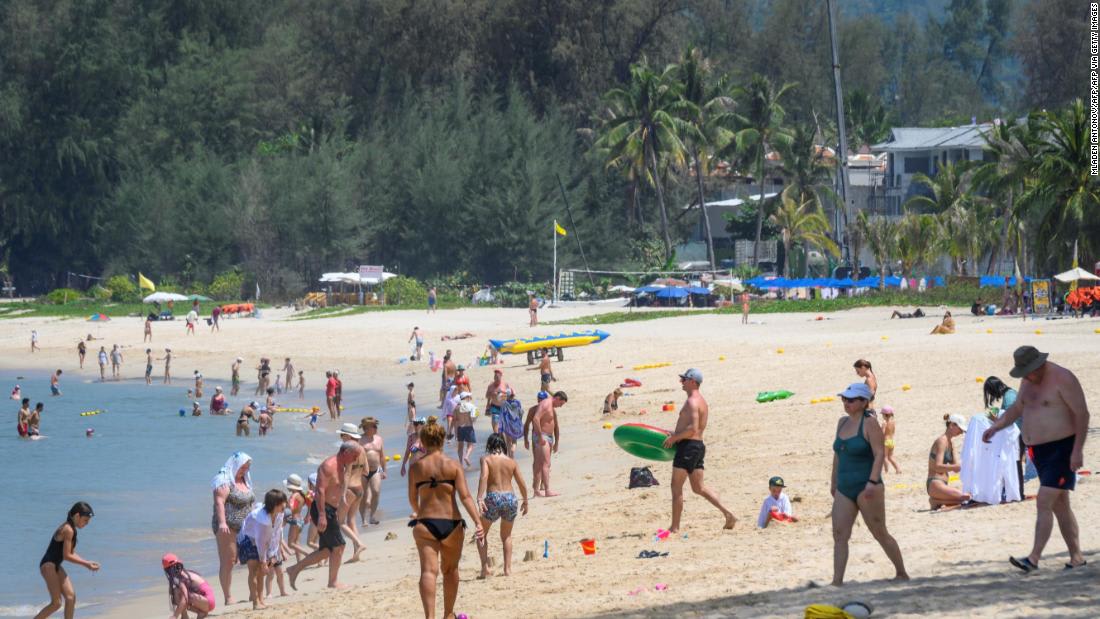