Airbus says it is cutting production by about one-third as airlines scale back orders for new planes due to the coronavirus pandemic.

“Our airline customers are heavily impacted by the COVID-19 crisis,” said Airbus CEO Guillaume Faury in a statement. “We are actively adapting our production to their new situation and working on operational and financial mitigation measures to face reality.”

“This represents a reduction of the pre-coronavirus average rates of roughly one third," the company said.

"With these new rates, Airbus preserves its ability to meet customer demand while protecting its ability to further adapt as the global market evolves.”

The decision was made after a cabinet meeting Thursday, said the office of the state’s chief minister Naveen Patnaik in a tweet.

Indian Prime Minister Narendra Modi announced a nationwide lockdown for 21 days last month, which is due to expire on April 14. The government has not yet made an official decision on whether to reopen the country or extend the lockdown amid fears of a further spread of coronavirus.

New Zealand has managed to do something that many countries wish they could achieve: for four straight days, it has reported a decline in new coronavirus cases.

On Thursday, the country reported 29 new confirmed and probable cases, bringing New Zealand's total to 1,239 -- including only one death. Of those cases, only 14 are in hospital -- and 317 have recovered.

New Zealand, a small island country with a population of just under 5 million, is halfway through a month-long lockdown aimed at not only containing the virus, but eliminating it.

And so far, the approach appears to be successful.

"We are turning a corner," Prime Minister Jacinda Ardern said in a speech Thursday. "And your commitment means our plan is working."

For other countries, those positive signs might be a reason to lift restrictions. Denmark, which has at least 5,597 cases and 218 deaths, announced it will begin to lift its lockdown next week if cases remain stable.

Instead, Ardern said Thursday she was tightening border restrictions, meaning all those who arrive in the country will be required to spend two weeks quarantined in an approved facility.

"At the halfway mark, I have no hesitation in saying that what New Zealanders have done over the last two weeks is huge," Ardern said at a news conference Thursday. "You made the decision that together, we could protect one other. And you have. You have saved lives." 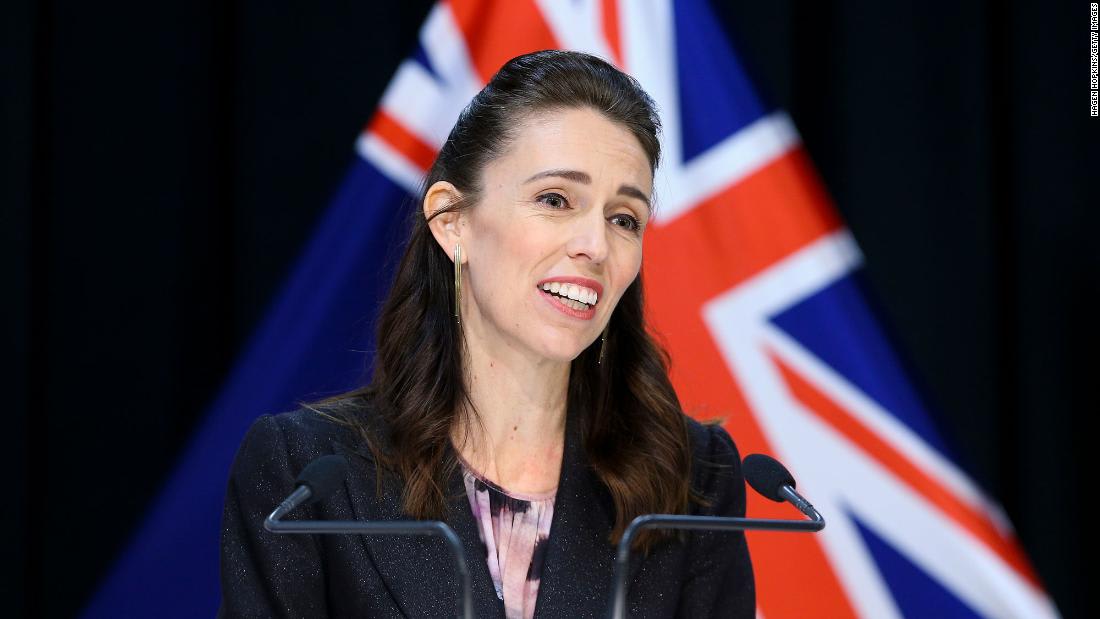 New Zealand has recorded 1 death from coronavirus. Here's how they did it

Italian Prime Minister Giuseppe Conte has called on the European Union (EU) to loosen its budget rules, warning that a failure to do so could mean “the end of Europe.”

Members of the bloc are currently divided over an economic response to the coronavirus outbreak, and Conte called for collective action in an interview with German newspaper Bild.

National responses to what he called the greatest “emergency” the continent has faced since World War II risk “being less effective than coordinated European action and can jeopardize the European dream,” he added.

“If Europe does not give itself financial instruments up to the challenge, like Eurobonds, Italy will be forced to face the emergency and the relaunch with its own resources,” he said, referring to a proposed form of collective EU debt that has so far been opposed by countries such as Germany and the Netherlands. “In order not to not lose competitiveness, we need Eurobonds,” said Conte.

“We compete with China, with the United States -- see the reactions they have put into play. In the United States we are talking about a maneuver that is about 13% of the GDP,” he said. “If Europe does not react in the same way, it will remain behind.”

Italy is not “asking others for money,” said Conte, as he sought to reassure those who oppose collective debt.

“Eurobonds are useful and they don’t mean that Italy’s debt must be paid for by German or Dutch citizens," he said. "We pay out debt, we have always done that.”

Conte went on to say that collective debt emissions were not “about Germans having to help Italians,” but rather about Europeans acting to “help each other in their common interest."

“I ask a question to German citizens, do you really think that Germany can proceed and have economic advantages if other countries go through a serious recession?” he said.

“We must strengthen the current instruments we have, that weren’t created to face such a symmetric shock, that is as extraordinary as this,” added Conte.

“We must improve our capacity to respond.”

There are at least 432,438 cases of coronavirus in the US and at least 14,808 people have died during the outbreak, according to data from Johns Hopkins University.

This includes cases from all 50 states, the District of Columbia and other U.S. territories, as well as all repatriated cases.

Wyoming is the only state or territory that is not reporting a death from coronavirus.

CNN's Jim Acosta asked President Donald Trump about the projections during a press briefing at the White House Wednesday.

"My impression is those were the numbers that were set and those were set as an expectation quite a while ago. I think we are doing much better than those numbers," the President said, before asking Birx to come to the podium.

She said that the US was doing, "much better in many cases than several other countries, and we're trying to understand that."

"We believe that our healthcare delivery system in the United States is quite extraordinary," she said, but added that the models were based on "what America is doing."

Lufthansa, one of Europe's biggest airline groups, says it is losing around 1 million euros of its liquidity every hour.

The group confirmed to CNN that CEO Carsten Spohr addressed staff on Wednesday in a video message, telling them the coronavirus pandemic represented “the greatest challenge in our history” and that Lufthansa is “fighting” for its future.

“In total, we therefore lose 1 million euros of our liquidity reserve every hour -- day and night, week after week and probably month after month," Spohr said.

7,000 employees to be affected: The airline group, which owns national carriers in Germany,  Switzerland, Austria and Belgium, began the crisis with financial reserves of more than 4 billion euros, but the group was only posting a “fraction of the revenues.” It was therefore foreseeable that the group would only survive the crisis with state support, Spohr said.

According to Spohr, 7,000 employees will be affected by measures to cut costs -- 1,400 of whom are with the group’s budget airline subsidiary Germanwings, which will cease operations.

Earlier this week, Lufthansa announced that it is permanently reducing the size of its fleet and announced it will decommission at least 43 aircraft -- about 6% of its fleet. 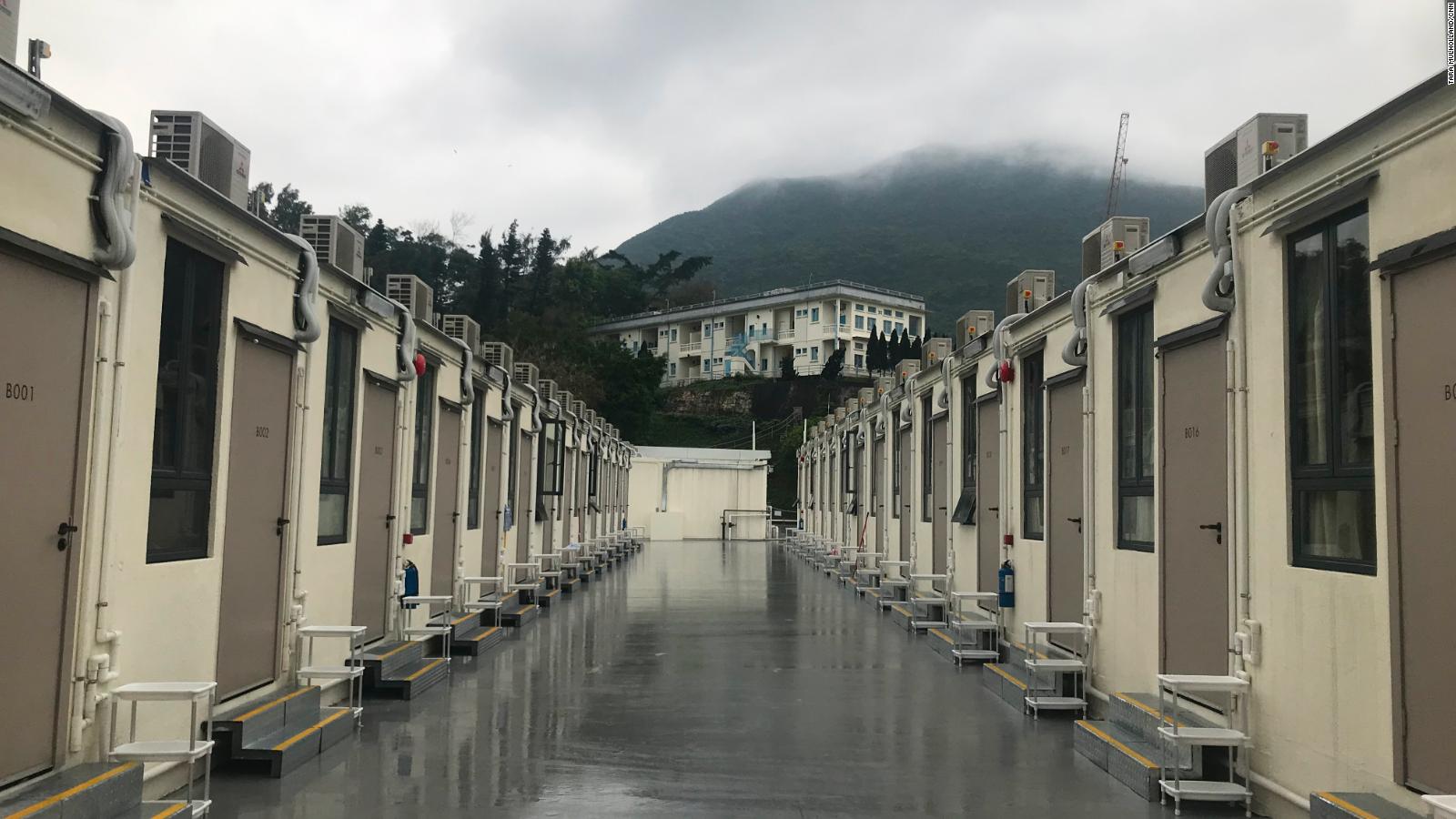 If you'd asked me a month ago what I thought I'd be up to on my 30th birthday, being confined to a government quarantine center in Hong Kong wouldn't have been near the top of the list.

But the coronavirus pandemic has derailed a lot of plans -- and even in a city that's grown used to upheaval, the recent sudden shift in response to a surge in Covid-19 cases has been startling.

For me, it's meant going from planning holidays and parties, to being escorted from my apartment by hazmat-suited health care workers and driven to a quarantine facility for two weeks of isolation. For everyone else, it's meant a speedy reassessment of how to respond to a global crisis, on both a personal and societal level -- and a new understanding of just how strict the measures to fight coronavirus might have to be.

Life in quarantine -- with its regimented meals, temperature checks and PPE-wearing staff -- feels like an odd mix of being in school, at camp, and in prison. My facility, in Lei Yue Mun Park, is normally a leafy holiday village in the east of Hong Kong Island. Now, some 100 temporary single-room homes have been constructed in neat rows on an outdoor sports pitch, surrounded by high yellow barriers, housing anyone whom the health department decides needs to be isolated after coming into contact with a person who has tested positive for coronavirus.

Chinese companies have signed medical supply contracts with 58 countries and regions as well as four international bodies, according to China's Ministry of Commerce.

China exported $1.44 billion in "epidemic prevention goods" from March 1 to April 4, according to data provided by China Customs.

Countries around the world are scrambling to get hold of vital medical equipment amid the coronavirus outbreak, with stiff competition leading to accusations of foul play.

On Friday, German officials said a shipment of China-made masks bound for Berlin was diverted to the US.

The shipment was "confiscated" in Thailand and did not reach Berlin, according to a statement from the German capital's interior senate.

Interior senator Andreas Geisel said the diversion of the masks constitutes ''an act of modern piracy."

He added that ''even in times of global crisis, no wild west methods should be used."

While the number of coronavirus cases, and deaths, continues to rise, so does the number of people who have been infected and gone on to make a full recovery.

As of Thursday, more than 330,000 people have recovered from coronavirus, according to data from Johns Hopkins University's Coronavirus Resource Center.

In reality this number is likely to be far higher given that many people do not know whether they have had the virus.