Cuomo, a Democrat, told members of the press earlier Monday that he was “going to call the President this afternoon and ask him to shift the (USNS) Comfort from non-Covid to Covid.”

Trump, speaking at a White House press briefing Monday afternoon, said he “was informed that Gov. Cuomo has already told you and announced he called me up a little while ago and asked whether or not it would be possible to use the ship with respect to fighting the virus.”

“We hadn’t had that in mind at all, but we’re going to let him do it,” Trump remarked.

The President also confirmed that the ship has been approved to treat New Jersey patients.

Before British Prime Minister Boris Johnson went into intensive care on Monday evening with worsening coronavirus-related symptoms, he asked his Foreign Secretary and First Secretary of State Dominic Raab to deputize for him “where necessary.”

While now is a time of great uncertainty for the British public, Johnson’s handing over of some duties to Raab should be relatively seamless and is unlikely to affect any immediate government business.

Less clear is what will happen if Johnson is incapacitated for more than a few days. There’s no clear “Plan B” in Britain’s constitution or in the Cabinet Manual – which lays out the rules for running the government – for who should take over if Johnson isn’t able to lead the country, experts told Reuters.

One thing that should help in terms of continuity: Unlike in the United States, where a President might hail from a different party than leaders in Congress, the UK government is entirely comprised of members of Parliament from Johnson’s party, which won the most seats in December’s election – meaning it operates as one entity.

Raab, a 46-year-old former lawyer, was elected to Parliament in 2010, and spent his entire political career on the same wing of the party that secretly yearned for Johnson to have a serious go at taking the reins.

Like Johnson, Raab is a longstanding advocate of Brexit who was willing to be a thorn in his own party’s side when it had more pro-European leadership.

Despite his euroskeptic leanings, his qualities were noticed by that pro-European leadership, and when then-Prime Minister David Cameron won reelection in 2015, Raab was offered a job in government. At the time, Raab was seen as a rising star within the party, and his promotion was seen as a way for Cameron to bolster his own euroskeptic credentials.

Raab previously served in Theresa May’s cabinet as the Brexit secretary, only to resign in protest at the deal she eventually struck with the EU. And despite running against Johnson in last summer’s Conservative leadership contest, he has been extraordinarily loyal to the Prime Minister ever since.

While Raab is perhaps less socially liberal than Johnson, it is highly unlikely he would depart radically from the Prime Minister’s agenda in the short-term -- not just because there simply isn’t enough time to change government policy during a time of national crisis, but also because the UK cabinet works on the principle of collective responsibility.

President Donald Trump announced the United States has reached an agreement with 3M that will see the company supply 55 million additional N95 respirator masks to the US each month.

"Because of my actions under the (Defense Production Act) I can also announce today that we have reached an agreement — very amicable agreement with 3M — with the delivery of an additional 55.5 million high quality face masks each month," Trump said during a Monday press conference.

Under the deal, 3M will ship an additional 55 million masks per month to the US from its overseas factories for the next three months, a senior administration official said, which will help alleviate shortages in personal protective equipment for medical workers. The overwhelming majority of the masks will come from 3M's Chinese factories, the official said.

A senior administration official said the government's decision to use the Defense Production Act was key to shifting the trajectory of negotiations between the two sides and forcing 3M's hand.

Washington Democratic Gov. Jay Inslee announced Monday that the state’s ban on in-person school classes will continue for the remainder of the school year.

Despite signs that the increase in coronavirus cases may be leveling off in many places, “we cannot risk losing the gains we have made after the peak of this pandemic presumably will have passed,” Inslee said.

Superintendent of Public Instruction Chris Reykdal said reopening schools too soon would be even more disruptive than at-home instruction, since a single Covid-19 case in a school would force that building to be closed again for days, at least, until contacts could be traced and the building deep cleaned.

Reykdal acknowledged they are not certain at this point that school buildings in Washington will be able to open as normal in time for the beginning of the new academic year this fall.

US President Donald Trump said he and several pharmaceutical companies have contacted British Prime Minister Boris Johnson’s doctors in London to see if they can help after he was admitted to an intensive care unit Monday for coronavirus.

“I also want to send best wishes to a very good friend of mine and a friend of our nation Prime Minster Boris Johnson. We’re very saddened to hear that he was taken into intensive care ... a little while ago,” Trump said. “He’s been a really good friend. He’s been really something very special. Strong. Resolute.”

Trump said he held a teleconference with pharmaceutical companies about therapies for coronavirus patients earlier Monday.

“We have made tremendous progress on therapeutics,” he said. “I’ve asked two of the leading companies… I’ve asked them to contact London immediately.”

He said his administration has contacted Johnson's doctors.

“We’ve contacted all of Boris’ doctors, and we’ll see what is going to take place, but they are ready to go,” the President said. “When you are brought into intensive care that gets very, very serious.”

He added: "We are working with London with respect to Boris Johnson."

Minnesota Gov. Tim Walz announced help for veterans, as well as for Asian Americans who are facing discrimination amid the coronavirus outbreak, in a press conference Monday.

Starting Monday, Minnesota veterans who are impacted by the novel coronavirus can apply for financial assistance grants from the Minnesota Department of Veteran Affairs.

Walz also announced the lieutenant governor was leading the Minnesota Department of Human Rights and launching a discrimination helpline for calls of xenophobia and racism, specifically aimed at Asian American community.

Minnesota has 986 confirmed cases of coronavirus and 31 deaths, according to Johns Hopkins University's tally of cases. 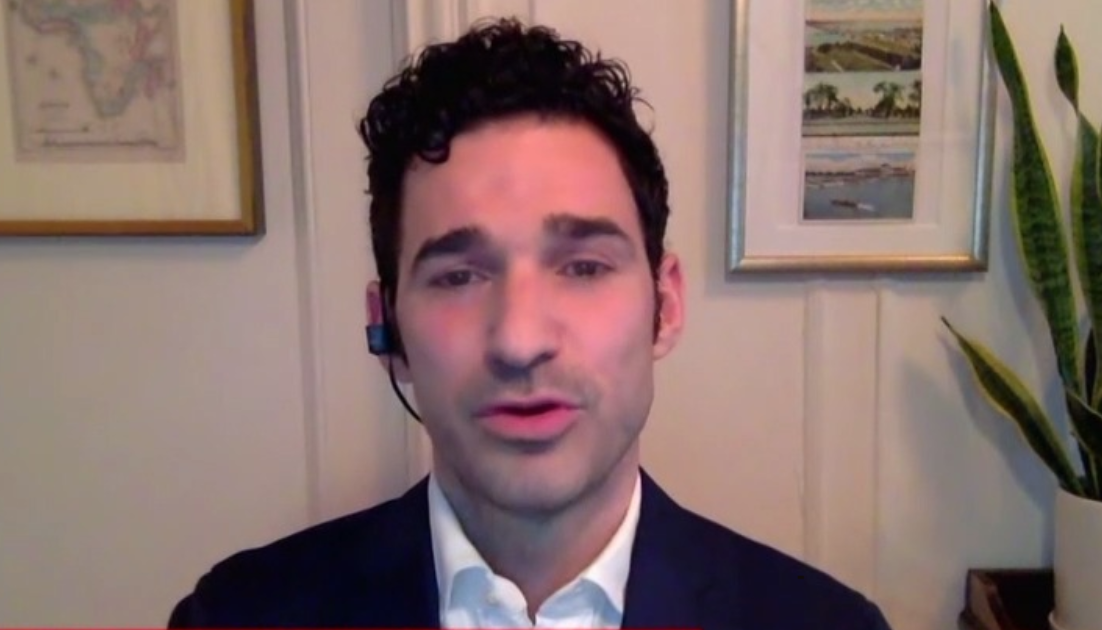 A New York doctor said Monday that hospitals in the state are overwhelmed as more patients arrive with coronavirus.

Dr. Craig Spencer, the director of Global Health in Emergency Medicine at New York-Presbyterian/Columbia University Medical Center, said emergency rooms are being converted into intensive care units and morgues are filling up.

"We have trucks outside to hold bodies, those are getting filled," Spencer told CNN's Wolf Blitzer on "The Situation Room."

He said while data shows the number of new infections is decreasing, there is a lag time between when people get sick and when they come to emergency rooms.

"In the best case scenario, it may be another week or two before we have a decrease in the really, really sick patients," he said.

Spencer said social distancing is still very important and is the best way to continue to battle the virus and continue to decrease numbers.

One of the last states in the nation to not have a stay-at-home order will now have one starting tomorrow.

South Carolina residents should stay home unless they are working, visiting family, recreating outdoors, or obtaining necessary goods or services, he said.

The first time Dominique Shuminova saw her newborn daughter, Clara, after giving birth, it was only her eyes that could smile. The rest of her face was covered by a black mask, thanks to Covid-19.

Baby Clara will always have that picture to show her own children and grandchildren a world turned upside down when she came into it.

Shuminova will always have the combined joy and pain — both emotional and physical — of delivering her daughter in the time of the novel coronavirus.

She delivered in New York, a Covid-19 hot spot where partners of women delivering babies are not allowed to come to the hospital, per state order. So, her husband, Eldar, had to stay home with their son Henry.

Those of us who have given birth know it is hard in any circumstance. It turned out that she did it with more pain than she had planned for. She says she could not get an epidural because, when it was time, she was told that all of the hospital’s anesthesiologists were busy intubating patients with Covid-19.

And why the mask? Shuminova says that when she was admitted to the hospital at 5 a.m. ET Sunday morning, the hospital had to test her for coronavirus. Because the test took about 18 hours to come back, they treated her as if she were positive — so she was told to wear one.

That meant that she went through the whole delivery alone, with no epidural, trying to breathe properly, as all women in labor do, all while wearing a mask.

Still, Shuminova has it all in perspective.

“Given the circumstances I am just grateful to have a bed and medical care,” she said in a text message.

She is healthy. Her newborn daughter is healthy. Especially in these times, that is nothing to be taken for granted.