Health officials say 71 people infected with the novel coronavirus in California's Sacramento County are connected to a single church, making it one of the largest outbreak clusters in the United States.

But despite dozens falling ill, and one death, church leaders have rebuffed demands to halt gatherings, officials say.

The outbreak occurred at Bethany Slavic Missionary Church in Rancho Cordova, where members of the church and others associated with the congregation are confirmed to have been infected with the virus, Sacramento County health officials said. The church is a large and influential institution among the Northern California slavic community.

Gavrilyuk told CNN that the church suspended services two weeks ago in accordance with health regulations. He would not confirm if the person who died from complications of the virus was a member of the congregation.

In a statement to CNN on Thursday night, the church said it believed in complying with government regulations.

“This church has complied with all applicable Covid-19 regulations immediately after they came into effect. The church closed its doors on March 18th. At this time, the Church remains closed. All services, departments, and activities are conducted solely online.” The statement did not address concerns that members were still gathering elsewhere.

Health officials want more help: County health officials said they are frustrated that the church leaders won’t work with the department to prevent further spread of the virus.

In an interview with the Sacramento Bee, Sacramento County Health Director Dr. Peter Beilenson said the church "basically told us to leave them alone.”

“This is extremely irresponsible and dangerous for the community,” he said.

The health department believes the virus is being spread during Bible study and fellowship meetings in small groups at congregants homes.

County health spokeswoman Janna Haynes said they are very concerned about the upcoming holidays of Palm Sunday and Easter -- when church members and their families traditionally get together to celebrate -- and is deploying translators to plead with the Russian-speaking community to stay home. Haynes said some of those they are attempting to reach don’t monitor mainstream news outlets and haven’t gotten the message about isolation.

In an interview Thursday night on the local Russian language radio station, Ethno FM, and translated for CNN, church Pastor Pavel Gurzhiy reportedly downplayed the seriousness of the situation.

“My estimation is that no less people are sick with the flu,” Gurzhiy said. “Seventy-one sick members against 5,000 is not too many to be honest with you.” The pastor said he knew of five people who had been infected with the virus.

Prince Charles is expected to open a new coronavirus field hospital, NHS Nightingale, via video link on Friday from his home in Scotland, according to a statement from Clarence House.

NHS Nightingale is a new hospital that can provide support for potentially several thousand patients with coronavirus.

Based at the ExCeL conference center in East London, it will initially provide up to 500 beds equipped with ventilators and oxygen. The capacity will then continue to increase, potentially up to several thousand beds, should it be required, according to the statement.

"The Prince will also say a few words in tribute to all those who have worked tirelessly to create the new medical facility and to people across the UK who continue to deliver frontline care to those affected by the coronavirus crisis," the statement read.

Charles, the heir to the British throne, tested positive for the virus last month. He only showed minor symptoms and has since been released from isolation in good health.

Tokyo Gov. Yuriko Koike is asking residents of the prefecture to refrain from going outdoors unless necessary this weekend in order to slow the spread of the novel coronavirus.

Japan reported 235 new cases of the novel coronavirus on Friday morning, bringing the total number of recorded cases in the country to 3,329. The capital Tokyo saw its largest single-day rise yet of 97 cases. There are now 684 infections in the city.

Koike warned that the situation in the Japanese megacity is worsening and could be on the verge of a massive outbreak.

Following the spike in infections in Tokyo and other cities, Japan is scrambling to avert an explosive uptick in cases as public pressure mounts on Prime Minister Shinzo Abe to declare a state of emergency. Such a move would allow prefectural governors to send out a stronger message when it comes to urging the public to stay at home, but the measures will not be legally binding.

Supermarkets, pharmacies, banks and the Tokyo Stock Exchange will remain open even in the event of a state of emergency. Publicly-funded high schools in Tokyo will remain closed until May 6, but some schools will reopen as scheduled next week.

Museums, zoos and other venues run by the city will remain closed until the end of Golden Week, a nationwide national holiday that runs until May 6. Koike also asked citizens again to stay away from nightclubs and other nightspots.

Koike said she will repeat her request if the Abe government declares a state of emergency.

Read more about why people in Japan aren't staying home: 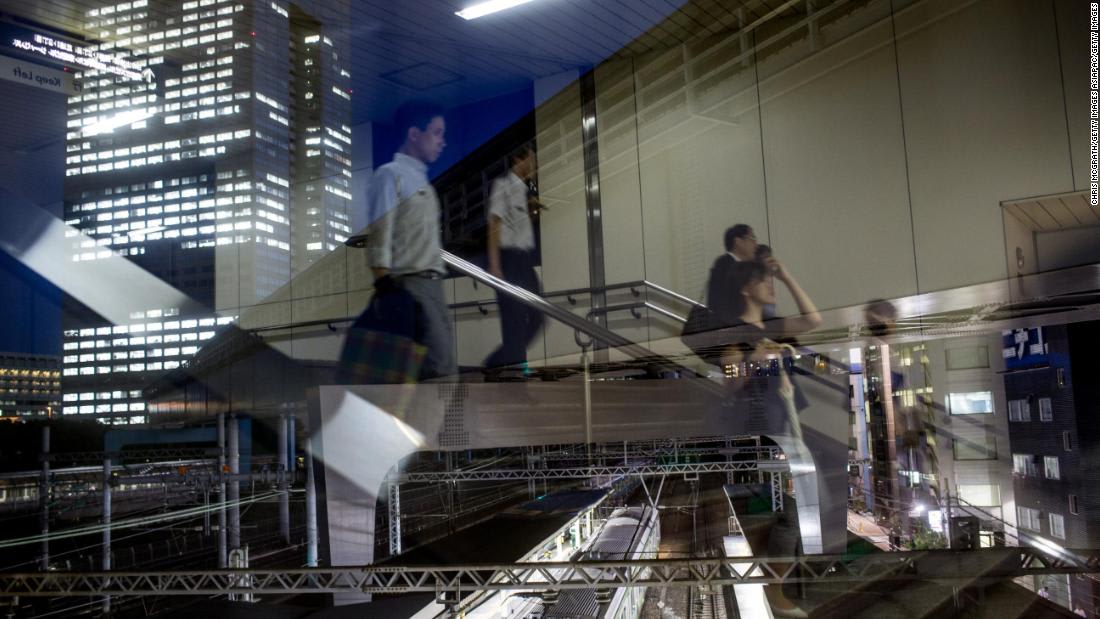 Even in a pandemic, the Japanese likely won't stay home until Abe makes them

Only one month ago, on March 3, there were about 92,000 cases of the novel coronavirus worldwide, according to Johns Hopkins University.

Of those, just over 80,000 were in mainland China, which was then slowly beginning to bring its local epidemic under control.

Since then, the number of cases around the world has skyrocketed. One month later, on April 3, there are more than 1 million infections globally.

Nowhere is this more clear than in the United States. On March 3, the country had recorded 118 cases, according to Johns Hopkins. It now has more than 245,000.

Just over a month ago, on March 1, Kings County in Washington state announced the first death from the coronavirus in the United States.

As of today, there are nearly 6,000 deaths in the US. Some US government estimates show a worst-case scenario with a death toll for the country that runs into the hundreds of thousands.

It still isn't clear when we will see a peak of the pandemic. While some countries are seeing a drop in the rate of new daily infections, such as South Korea, others are experiencing a second wave.

Speaking at a CNN town hall on Thursday, top US infectious diseases expert Dr. Anthony Fauci said that it could be some time before widespread lockdowns and stay-at-home orders have an effect on death tolls and infection counts.

"Even when you suppress or stabilize the number of new infections, it's still going to take a little while before you decrease in hospitalizations, a decrease in intensive care and a decrease in deaths. And in fact, deaths are the last thing that lag. So you could be doing well, and having a good effect on mitigation, and still see the deaths go up," Fauci said.

The US Centers for Medicare and Medicaid Services, in consultation with the US Centers for Disease Control and Prevention (CDC), issued new guidance Thursday to reduce the spread of the coronavirus in long-term care facilities like nursing homes.

The CDC said Tuesday that around 400 long-term care facilities have at least one Covid-19 patient. The elderly and people with underlying health conditions face greater risks of complications if they contract the virus.

Authorities have begun moving sailors aboard the USS Theodore Roosevelt who have tested negative for coronavirus to hotel rooms in Guam, a US Navy commander said Friday.

The first group of 180 sailors were moved from the aircraft carrier into commercial lodging in Guam's Tumon district Thursday night local time, Adm. John Menoni, the Navy's commander for the Marianas joint region, said at a news conference.

During the military transportation process, the sailors are maintaining proper social distancing.

A US defense official told CNN on Thursday that 114 sailors from the aircraft carrier have tested positive for coronavirus. They represent more than 10% of all cases across the US military.

They're being moved just a day after the ship's commander was relieved of duty for showing "poor judgment," days after writing a memo warning Navy leadership that decisive action was needed to save the lives of the ship's crew. 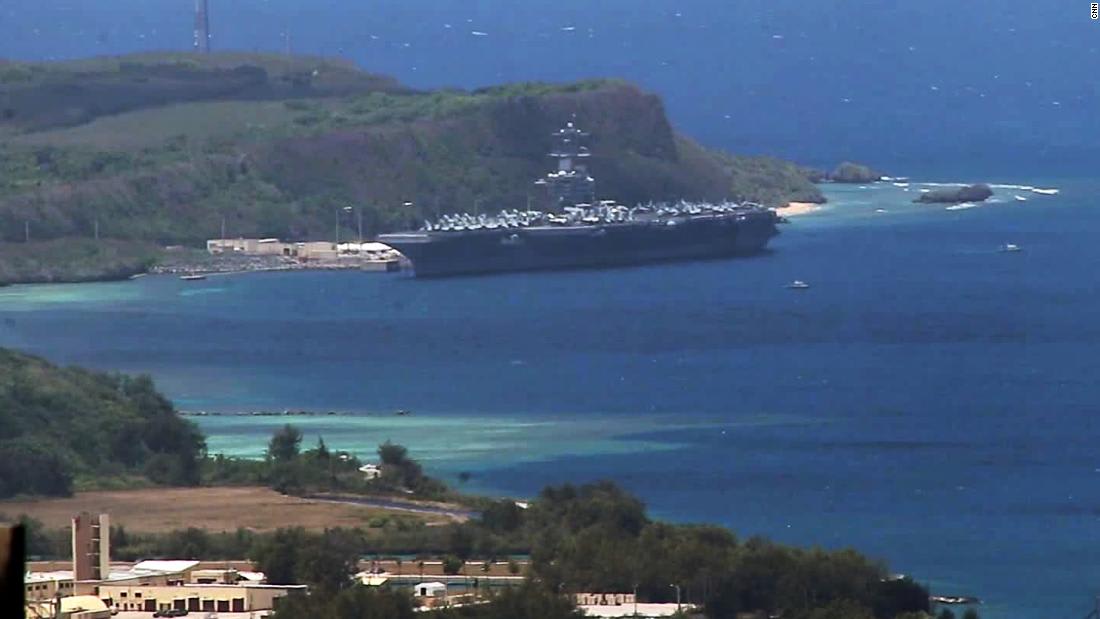 Indian Prime Minister Narendra Modi praised the Indian public for abiding to the coronavirus lockdown in a televised speech Friday, saying,“The discipline and spirit of service you have displayed during this period is unprecedented.”

Marking the 10th day of a 21-day lockdown in the country to contain the virus, Modi urged citizens stuck at home not to panic.

“Today, when millions of people are inside their homes, some of us might wonder how will they fight this battle against coronavirus alone ... But please remember, none of us are alone. The strength of 1.3 billion Indians is with and every one of us,” the Prime Minister said.

Modi asked the public to switch off all lights and stand on balconies for nine minutes on Sunday, April 5 with lit candles, diya (small oil lamps), torches or cell phone flashlights to show solidarity and the strength of the public in the fight against coronavirus.

"This is to show that we are not alone, all 1.3 billion people of India stand together," Modi said.

As the United States and much of the rest of the world locks down over the novel coronavirus pandemic, China is cautiously opening back up.

Travel restrictions in place across most of the country are gradually being relaxed, and next week people will be allowed to leave Wuhan -- where the virus was first detected late last year -- for the first time in more than two months.

But as China appears to be turning a page on the virus, new questions are being raised about how much the numbers being reported can be trusted, and whether the worst of the outbreak has truly passed.

That was a suggestion Chinese Foreign Ministry spokeswoman Hua Chunying angrily refuted Thursday, saying the country "has been giving open, transparent and timely updates to the world."

"On international public health security, we should listen to World Health Organization and experts on epidemiology and disease control rather than several politicians who are habitual liars," she said. 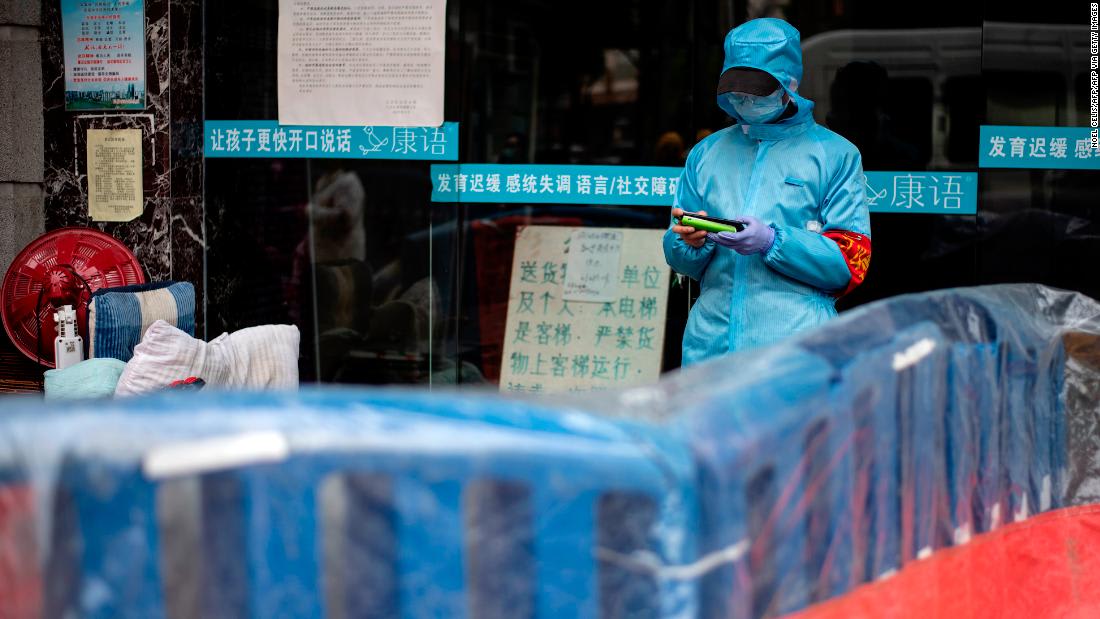 As China goes back to work, many wonder if the country's coronavirus recovery can be trusted

Residents of Wuhan, the capital of China's Hubei province and ground zero for the coronavirus pandemic, should only go outside when necessary as the city begins to open up following two months of lockdown, officials said.

He also said that residents must take precautions like wearing masks when they leave home and then take their temperature once they return.