Pakistan’s Prime Minister Imran Khan has consistently rejected calls for a nationwide lockdown, claiming that an all-out closure of businesses would affect the “25% of the population that lives below the poverty line,” the country's daily wage earners who Khan said would lose their incomes in a heartbeat.

But for all intents and purposes, a lockdown is what seems to be in place in Pakistan:

Military steps in: While Khan’s government deals with growing criticism for not shutting down the country soon enough, the hugely popular military has been lauded for stepping in and announcing measures including the suspension of public transport and timed closure of gas stations. Troops have been deployed in all major cities to enforce these measures.

Rising caseload: According to figures released by the country's Ministry of Health, the number of patients diagnosed with coronavirus in Pakistan crossed 1,000 yesterday. Ten days ago that number was at 53. At least seven people are also confirmed dead. All major phone networks have changed their call tunes to messages asking people to wash their hands and state TV has messages in regional languages explaining the importance of social distancing.

Mosques stay open: One of the largest clusters of the virus sprung up in the outskirts of the capital Islamabad, where a large congregation of preachers met, disregarding the government’s requests for three or more people not to gather in a public space.

Medical equipment lacking: Public health specialist Dr. Arshad Altaf told CNN that there are roughly fewer than 3,000 ventilators available in the country, and while China has provided aid worth $4 million to Pakistan, alongside medical face masks and ventilators, this is still not enough to deal with the exponential growth of the virus. Pakistan’s National Disaster Management Authority, which is connected to the military, has taken over the reins in dealing with the crisis and Altaf welcomed the move. “There has to be a multi-pronged effort, the government cannot deal with this alone,” he said.

The Senate has just approved a historic, $2 trillion stimulus package in response to the coronavirus pandemic, with a final vote of 96 to zero in favor of the bill.

Why this matters: The legislation represents the largest emergency aid package in US history and the most significant legislative action taken to address the rapidly intensifying coronavirus crisis, which is overwhelming hospitals and grinding much of the economy to a halt.

What comes next: The package will next go to the House for a vote. The House will convene Friday morning to consider the bill, and the plan is to pass the bill by voice vote. President Donald Trump has indicated he will sign the measure.

What's in the bill: Key elements of the proposal are $250 billion set aside for direct payments to individuals and families, $350 billion in small business loans, $250 billion in unemployment insurance benefits and $500 billion in loans for distressed companies.

The bill would also provide a major amount of funding for hard-hit hospitals -- $130 billion -- and $150 billion for state and local governments that are cash-strapped due to their response to coronavirus.

It also has a provision that would block Trump and his family, as well as other top government officials and members of Congress, from getting loans or investments from Treasury programs in the stimulus, according to Minority Leader Chuck Schumer's office.

The US House of Representatives will consider the $2 trillion economic relief package on Friday morning, announced Majority Leader Steny Hoyer.

The bill is currently being voted on by the Senate.

When it goes to the House, the plan is to pass the bill by voice vote, said Hoyer in a notice to House members.

What's the bill about? The bill will respond to the coronavirus pandemic, offering cash and assistance for regular Americans, Main Street businesses and hard-hit airlines and manufacturers, among others.

The Spanish government voted to extend the current state of emergency until April 12 as the country continues to grapple with one of the world's most severe novel coronavirus outbreaks.

Spanish Prime Minister Pedro Sánchez said the decision was "a new sacrifice for all," but essential to "gain time" to allow hospitals to take care of patients and investigators to develop a vaccine.

"Social isolation is the only way to stop this virus," he said.

Sánchez said stricter measures regarding freedom of movement would be put in place, but people would still be allowed to go out and buy groceries and medicine. He said all essential industries would continue to work.

As of 10:30 p.m. ET, Spain had identified more than 49,500 coronavirus patients, according to a tally by Johns Hopkins University. The country's death toll surpassed that of mainland China on Wednesday, trailing only Italy. At least 3,647 have died.

The US Senate is now voting on the massive $2 trillion stimulus package to deliver relief to an economy hard hit by coronavirus.

It needs to clear a 60-vote threshold to pass and will next head to the House.

Amendment fails: Right before this vote, the Senate had voted down an amendment from Republican Senator Ben Sasse that would have capped unemployment benefits at 100% of the wages workers received while employed.

"What happened is Sen. (Lindsey) Graham and some other Republicans, they are just terribly upset that low-income workers might receive a bit more money than they otherwise would have earned," Sanders told CNN, before the chamber voted on the bill.

"Here we are in the midst of the worst economic downturn perhaps since the Great Depression, tens of millions of people are worried to death about how they're going to feed their families, pay their rent, prevent a foreclosure," Sanders added. "And these guys are just staying up nights worrying about low-income workers getting a few bucks more."

"We ended up getting our first positive patients -- and that's when all hell broke loose," said one New York City doctor.

The doctor, who spoke to CNN on condition of anonymity out of concern for his job, described a hospital that was woefully unprepared for an influx of Covid-19 patients that started roughly two weeks ago -- which has already stretched the hospital's resources thin and led to severely ill patients outnumbering ventilators.

"To think that we're in New York City and this is happening," he added. "It's like a third-world country type of scenario. It's mind-blowing."

At first, patients skewed toward the 70-plus age group, but in the past week or so there have been a number of patients younger than 50.

"I don't think they understand the severity of this disease," the doctor said of the younger patients.

Read more about the influx of patients here

That's the biggest single-day jump in cases in the country since the pandemic began.

"Of our new cases today, the majority still have a link to overseas travel, including being in the same household as someone who has returned from overseas, have attended a known event or linked to a cluster of other cases or are close contacts of a confirmed case," the ministry said.

As of this morning in New Zealand, the country has confirmed a total of 262 coronavirus cases and identified 21 probable patients. Twenty-seven have recovered.

"These are unprecedented times for New Zealand and other countries around the globe. We are all in this together. We will expect the number of cases to increase for at least the next ten days. If we all do our bit, and we break the chain of transmission, slow the spread of COVID-19 and we will be able to get on top of this," the ministry said.

Strict measures in force: The rise in new cases comes a day after Prime Minister Jacinda Ardern decided to raise New Zealand's alert to the highest Level 4, placing "the most significant" restrictions on its people "in our modern history," she said.

In her statement announcing the measures, which went into effect just before midnight, Arden acknowledged no other country has moved as fast to restrict daily life, but the trigger was early evidence of community transmission in New Zealand.

"Unlike so many other gravely inundated countries, we have a window of opportunity to stay home, break the chain of transmission, and save lives. It’s that simple," she said.

More than 200 deaths from Covid-19 were reported Wednesday in the United States -- a new high for fatalities recorded in a single day.

The dramatic spike brought the number of novel coronavirus deaths since the outbreak reached the United States in late January to at least 928. Sunday morning -- less than four days ago -- the nationwide total was 326 deaths, according to CNN data derived from state reports.

Officials reported 223 deaths Wednesday, an increase higher than any other day. Tuesday saw 164 reports. Experts have said numbers will rise dramatically as more tests are administered and analyzed.

At the White House coronavirus task force news conference, President Donald Trump said: "The more aggressively we commit to social distancing ... the more lives we can save."

More than 65,000 people in the United States have now had a positive test for the novel coronavirus. 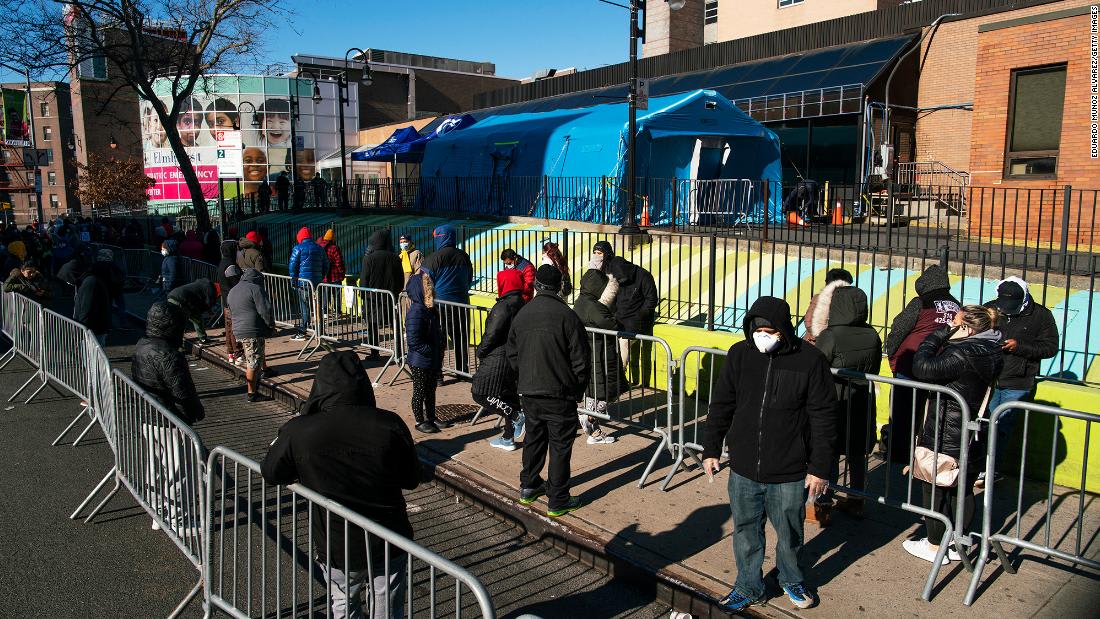 Trump says US could return to normal by Easter. Health officials and state leaders are gearing up for a longer fight

The US Senate is now voting on the $2 trillion coronavirus stimulus package.

First is a vote on an amendment from Republican Senator Ben Sasse to modify unemployment benefits, which is expected to fail.

Next, senators will vote on the final passage of the stimulus package. Both votes have a 60-vote threshold for passage.

The vote comes after days of marathon negotiations that produced one of the most expensive and far-reaching measures Congress has ever considered.

Read the full final draft of the bill, which was sent to Congress members tonight and that will be voted upon, here: 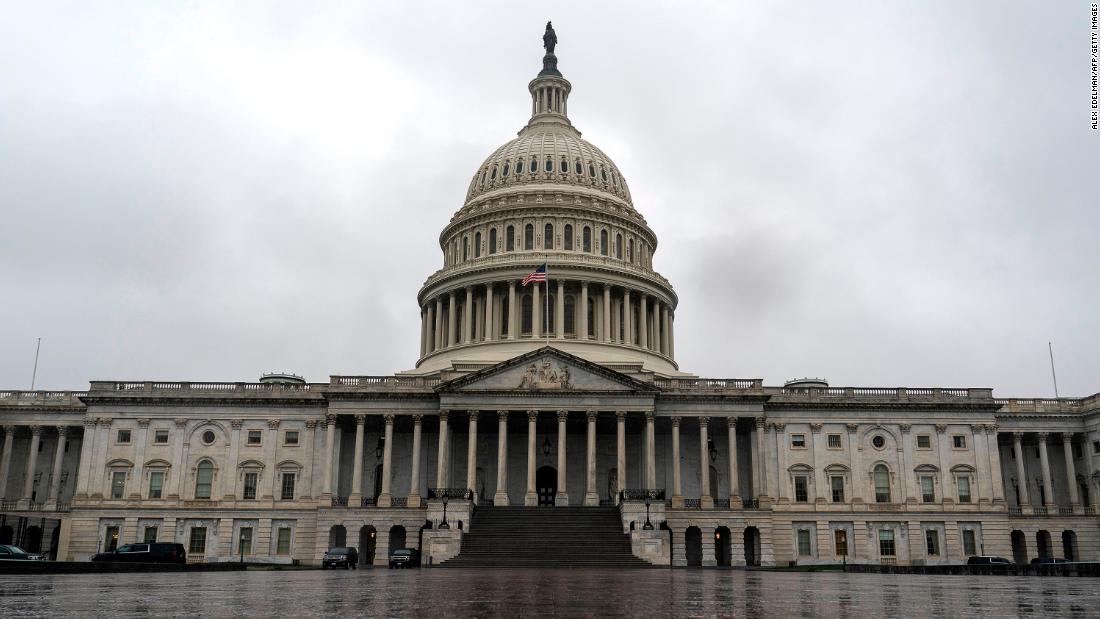