"‪This evening we were notified that a member of the Office of the Vice President tested positive for the Coronavirus. Neither President Trump nor Vice President Pence had close contact with the individual," said Katie Miller. "Further contact tracing is being conducted in accordance with CDC guidelines."

Pence has been the Trump administration's point person on coordinating the government's response to the coronavirus pandemic.

While the staffer is the closest confirmed case to Pence that is publicly known, it isn't his first potential brush with the virus.

At least two people tested positive for the coronavirus after attending the American Israel Public Affairs Committee's Policy Conference in Washington, which was attended by Pence as well as several lawmakers and aides.

Both Pence and President Donald Trump attended the Conservative Political Action Conference last month, where a high-profile attendee also tested positive for the coronavirus. Interactions with that attendee sent multiple Republican lawmakers into self-quarantine in the weeks following the conference.

There is no indication that either Trump or Pence "met with or were in close proximity to the attendee" at the conference, White House press secretary Stephanie Grisham said in a statement earlier this month. 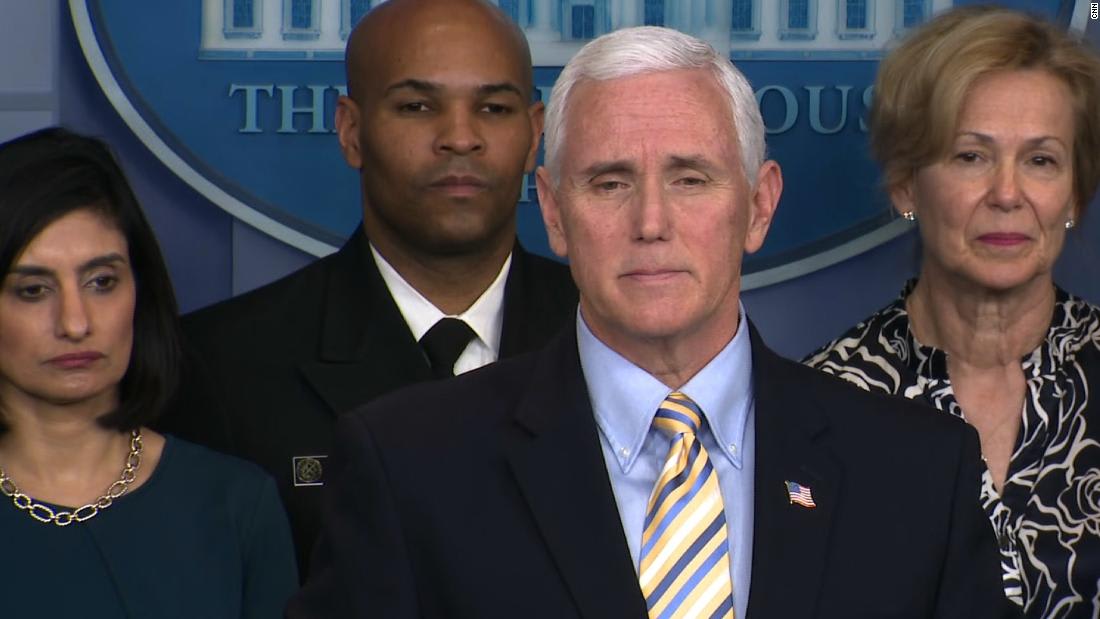 US President Donald Trump has repeatedly said he's invoking the Defense Production Act to ramp up production, but he hasn't wielded his federal powers yet as health officials voice alarm about potential shortages of lifesaving medical supplies like ventilators and protective gear for doctors on the front lines of the coronavirus pandemic.

Trump signed the measure after several people urged him to act amid mounting concerns over a supplies shortage, a person familiar with the situation told CNN. But as he signed the emergency bill earlier this week, the administration had yet to conduct a full account of inventory across the nation. Nor had it identified which companies it would need to make what products. That still hadn't been done as of Friday night, this person said, despite Trump insisting the act would be used to acquire "millions of masks."

Amid the confusion over whether he'll act or not, several companies have cast doubt on whether the President needs to carry out orders under the Defense Production Act at all. And several aides have privately advised against it.

The Defense Production Act, legislation passed in the 1950s on the cusp of the Korean War, provides the President with a broad set of powers to require businesses to "prioritize and accept government contracts" as well as "provide economic incentives" to ensure the US has the stockpiles it needs to handle an impending medical crisis. 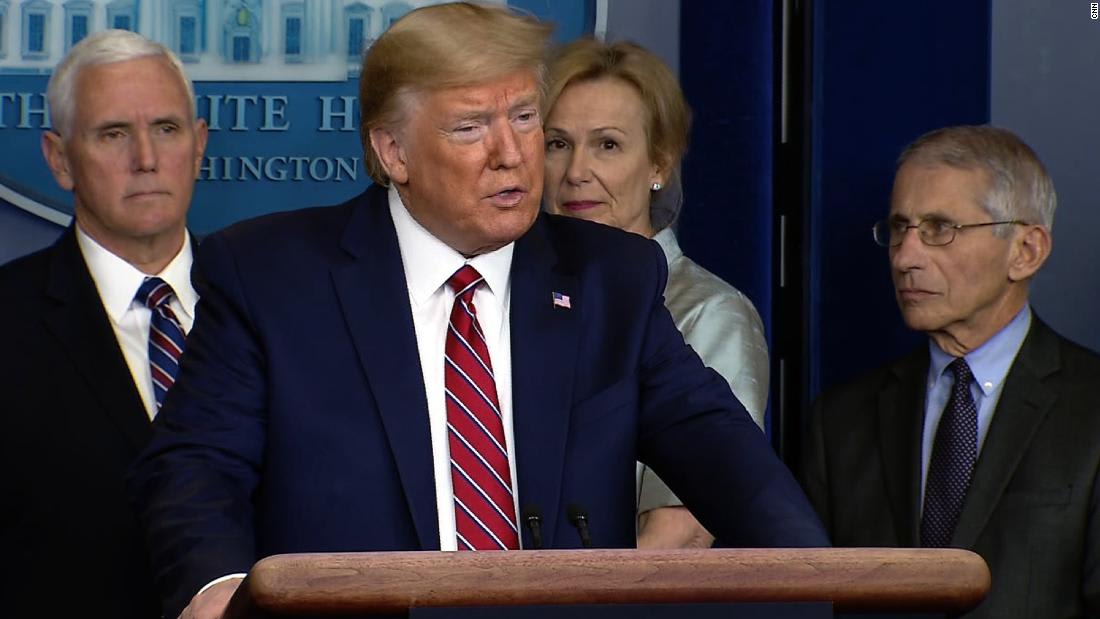 Pressure mounts for Trump to actually use Defense Production Act

What are the telling signs that you may have the novel coronavirus, also known as Covid-19?

The main list of acute symptoms at this time is actually quite short and can appear anywhere from two to 14 days after exposure, according to the US Centers for Disease Control and Prevention.

Being able to identify those symptoms and act upon them when necessary is critical. Here's what you need to know.

Here are some of the symptoms:

So what should you do?

"At this moment, the current guidance -- and this may change -- is that if you have symptoms that are similar to the cold and the flu and these are mild symptoms to moderate symptoms, stay at home and try to manage them with rest, hydration and the use of Tylenol," American Medical Association president Dr. Patrice Harris said.

That advice does not apply if you are over age 60, since immune systems weaken as we age, or if you are pregnant -- anyone with concerns about coronavirus should call their healthcare provider, according to the CDC.

Read more about what to look for here: 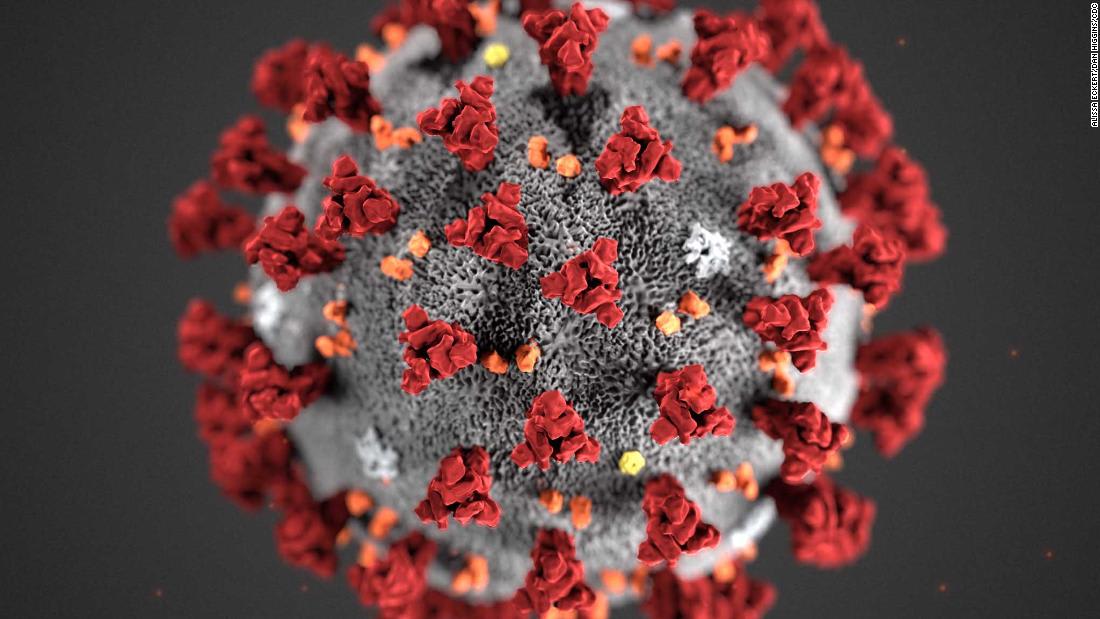 Coronavirus symptoms: A list and when to seek help

Most people who contract the novel coronavirus experience mild symptoms, according to data from China, where the worst of the epidemic now appears to be over.

Last month, scientists from the Chinese Center for Disease Control and Prevention published a research paper analyzing the data for the first 72,314 people diagnosed with Covid-19.

Epidemiologists say it will take a long time to fully understand the mechanics of the coronavirus outbreak, but the information published by the Chinese scientists may give some insight into those most vulnerable to infection.

The data shows that men and women have roughly the same chance of contracting the virus. When the scientists looked at 44,672 patients confirmed to have the disease, they found there were 106 diagnosed men per 100 women.

However, the impact on men appears to be worse -- at least among those who were part of this initial study. While 2.8% of the men diagnosed with the disease died, only 1.7% of women did. 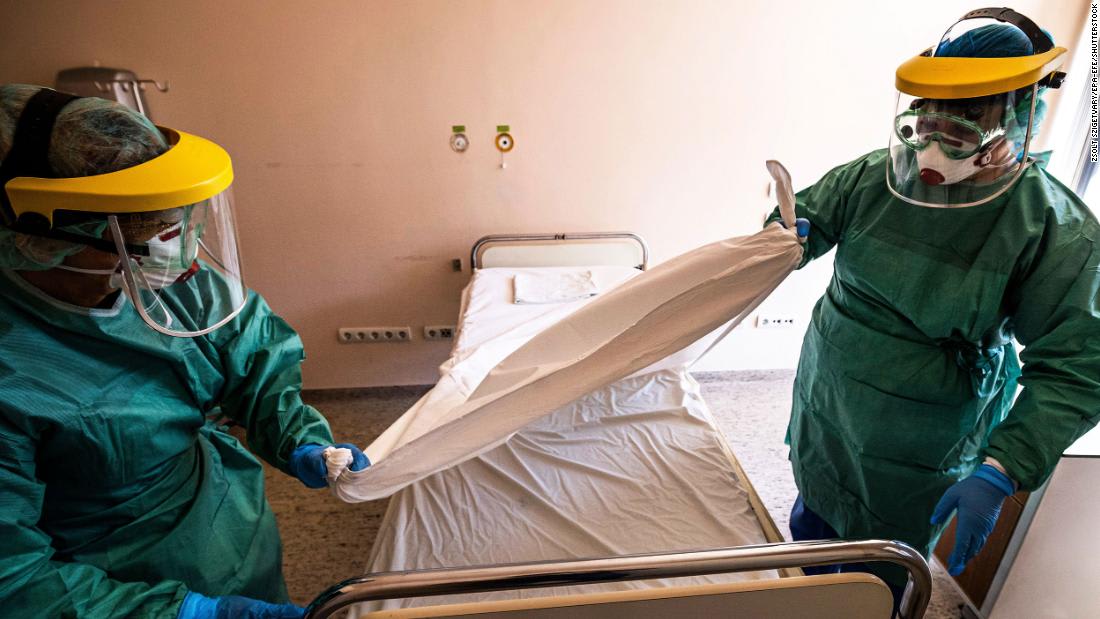 Data from China shows the majority of people with Covid-19 only suffer mild symptoms, then recover

The UK government said Friday that it will subsidize the wages of any worker facing unemployment because of the coronavirus pandemic as it ordered the closure of pubs and restaurants.

Unveiling an unprecedented intervention by the state in the British economy, Finance Minister Rishi Sunak told reporters that the government will cover 80% of worker salaries for at least the next three months up to a maximum of £2,500 ($2,900) a month, which is more than the average income.

Sunak said the measure would apply to all companies, large or small. It was part of a bigger rescue package for British businesses, including tax relief totaling £30 billion ($35 billion) and interest-free loans for up to 12 months. 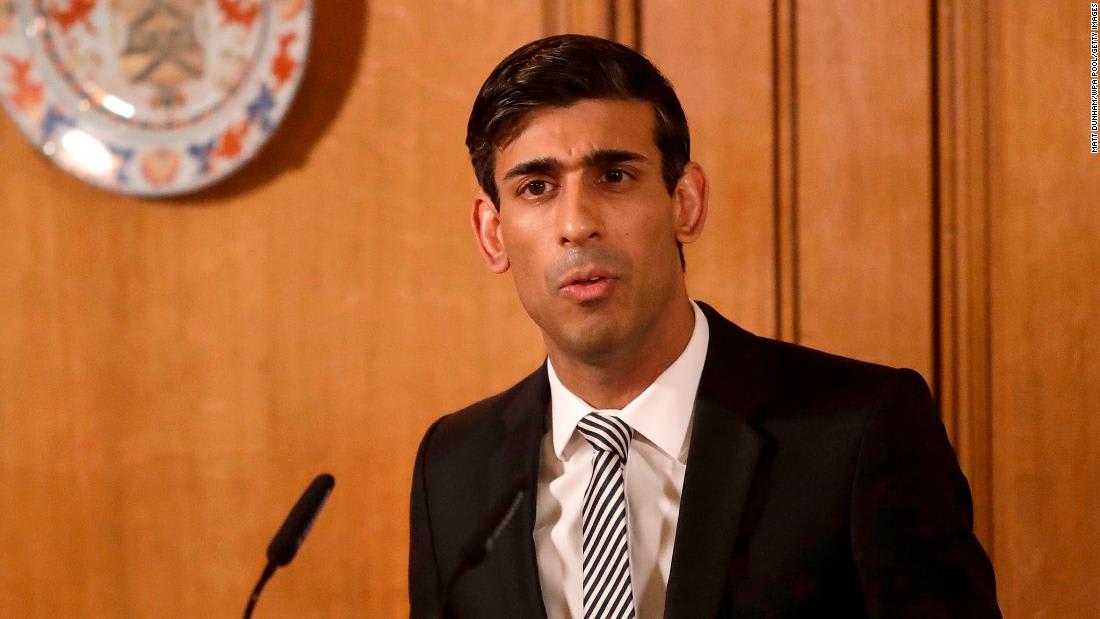 Mainland China reported 41 new cases of the novel coronavirus on Friday -- all of which were imported from overseas, according to the country’s National Health Commission.

Seven more people died, bringing the death toll in mainland China to 3,255 by the end of Friday.

The NHC found no new locally transmitted cases for the third day in a row and confirmed no new cases in Hubei province, the epicenter of the pandemic.

Soldiers were drafted in to help enforce the lockdown in Italy on Friday as officials announced 627 new deaths -- the largest single-day toll anywhere in the world since the coronavirus outbreak began.

Desperate scenes have unfolded in the north of the country, particularly the hard-hit Lombardy region where infections first exploded last month, as hospitals struggle to treat thousands of cases.

And Chinese medical experts helping Italy deal with the crisis have said the restrictions imposed in Lombardy are "not strict enough."

The government has agreed that the military can be used to help enforce the lockdown, the president of the Lombardy region, Attilio Fontana, told a news conference on Friday.

"(The request to use the army) has been accepted... and 114 soldiers will be on the ground throughout Lombardy... it is still too little, but it is positive," Fontana said. "Unfortunately we are not seeing a change of trend in the numbers, which are rising."

Until now, the soldiers had been deployed in the region to ensure general security in the streets.

More than 4,000 people have died from the disease in Italy, the country's civil protection agency said Friday -- more than any other nation -- and nearly 6,000 new infections were confirmed in the past day, bringing the total to more than 47,000 cases. 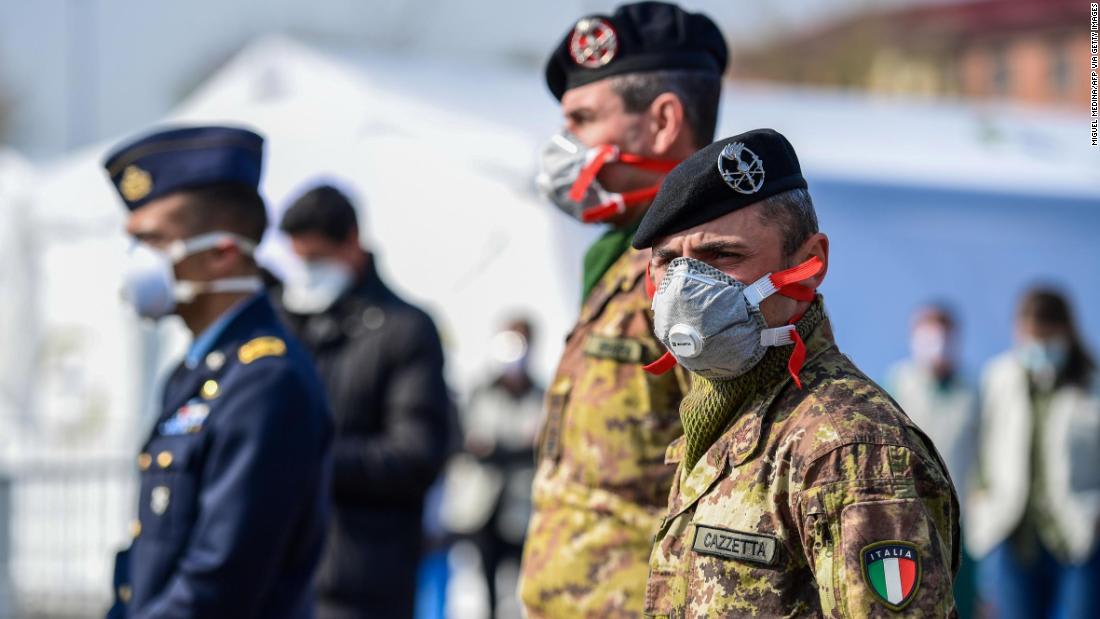 Famed hedge fund Bridgewater predicts the coronavirus outbreak will lead to $4 trillion in lost corporate revenue for public and private businesses in the US, according to a report the firm published Friday.

“That is a very dangerous decline, and if not mitigated, it will lead to a long-lasting ripple,” the report said.

In Bridgewater’s model, companies will have a shortfall of $2 trillion “concentrated in energy and travel and leisure, and about equally divided between large and small companies.”

The firm projects a 6% decline in US GDP for 2020, with the biggest hit during the second quarter.

The firm also estimates a decline of $12 trillion for global businesses in 2020.

“Since this hit to revenues is happening throughout the world, the total hole globally will be roughly three times that — about $12 trillion. Governments are responding, of course, but in most cases these responses will just mitigate some of the ripple. Governments’ capacities to deal with this hit vary greatly and will be a major driver of markets going forward," the report stated.

“Many companies will try to fill this gap by drawing credit lines, increasing their debt positions."

If government policies don’t help fill the gap, companies are likely to dramatically cut spending, which would result in meaningful cuts in employment.

Ray Dalio, who founded Bridgewater, is famous for predicting the 2008 financial crisis.

New numbers from the Covid-19 outbreak in Italy show more men are dying from the virus than women, the White House's coronavirus response coordinator told CNN.

“From age 50 on, almost twice as many men are dying as women. So that really makes us really have to look into that and understand that, and really, just having the knowledge of that helps us in the United States so we can be very specific in talking to the American people about who to protect and how to protect them,” she said.

Birx stressed the significance of underlying and pre-existing medical conditions.

“In Italy, again, most of the individuals who succumb to this disease had three other prior existing medical conditions,” she said.