When Declan Chan, a stylist based in Hong Kong, flew home from London this week, he was given a wristband to wear upon arrival.

It was an electronic band, and would track his movements while he stayed home for 14 days under mandatory quarantine, officials explained.

It's the latest preventative measure introduced in the city, which has seen a rise in imported coronavirus cases from overseas in the past two weeks, after a period of slowing infections.

The government announced new travel restrictions today, requiring all arriving travelers from foreign countries to undergo the 14-day quarantine. The wristbands, and an accompanying smartphone app, will alert officials if travelers violate the quarantine.

Chan said he was instructed to download the smartphone app, and to walk around his apartment once he arrived home, so that it could map his premises.

"So far, 5,000 reusable wristbands produced by the (technology) centre are readily available and another 60,000 disposable wristbands have been procured from the market, 5,000 of which were delivered and tested and the remaining 55,000 will be delivered in batches," said the government in a statement yesterday. 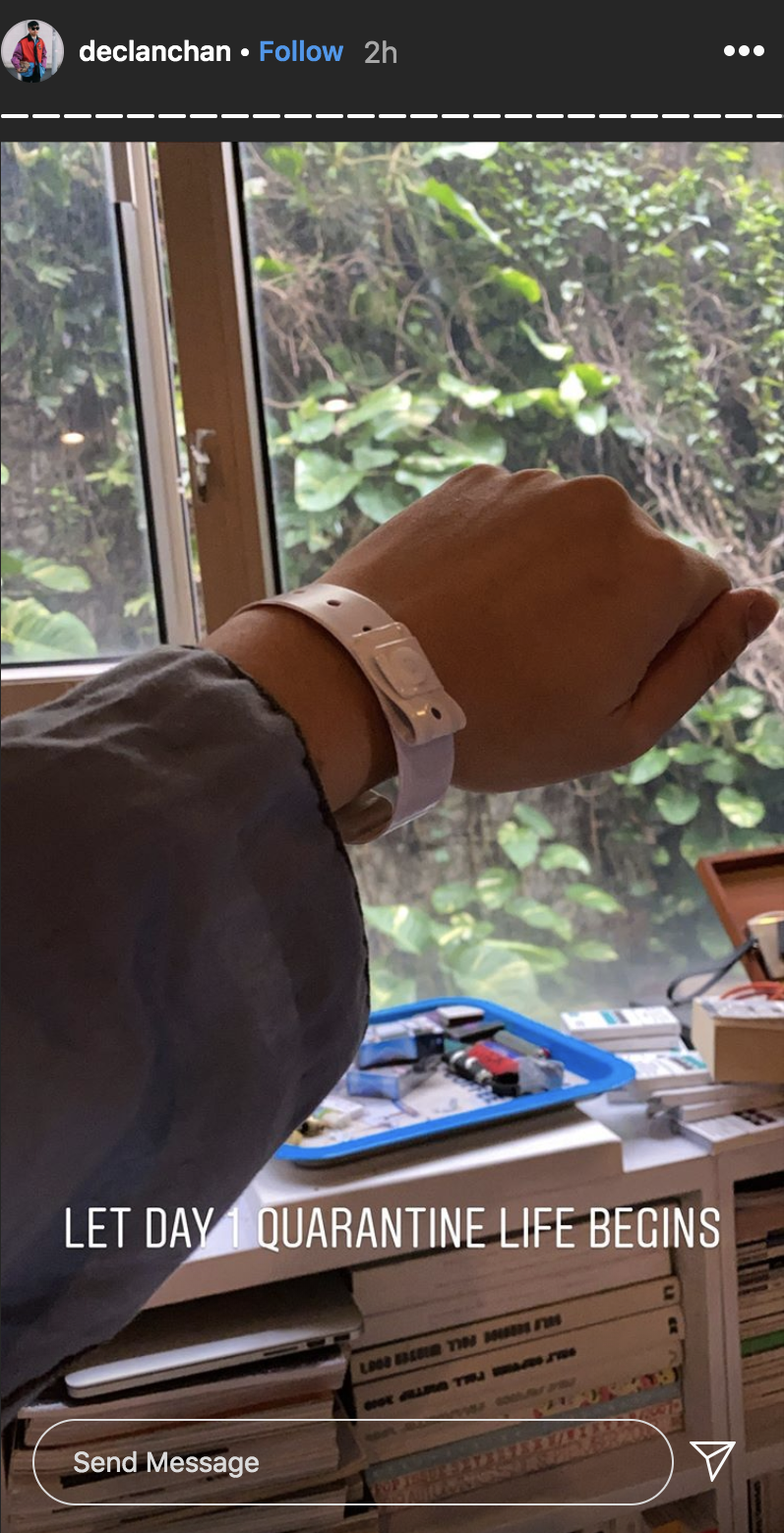 Pakistan reported today that the country has 184 cases of the coronavirus -- more than three times the number reported just two days ago.

On Sunday, the national tally was 53 cases. And just the day before that, the tally was 28.

Many of the newly reported cases in these recent spikes have come from pilgrims who were retested in their home districts after already being quarantined two weeks ago at the Iran-Pakistan border.

Pakistan has shut down schools, cinemas, and courts, but public transportation and places of business still remain largely operational. On Friday, Pakistan also shut its borders with Iran and Afghanistan.

New York City is usually packed and busy around this time of year. It's finally the beginning of spring; the streets, parks, and restaurants are usually full of people, even on a weeknight.

Instead, on Monday night, restaurants and cafes were empty as people stayed home.

“It was a difficult walk around my neighborhood tonight,” resident Ben Von Klemperer told CNN.
”Some of these are my usual after-work spots, and they hold a lot of good memories. I really hope they can pull through.”

Many of the stores and cafes were closed, with signs on the doors saying they would reopen at a later point.

Even the restaurants that were still open were mostly empty and eerie. Outside, there were few people on the street -- perhaps a sign that New Yorkers are listening to health officials' pleas for social distancing.

As restaurants, shops, airlines and factories shut down around the world, economists are warning that a global recession is no longer a looming threat. It's here.

Dire economic data released by China on Monday showed that the country was pummeled by the coronavirus outbreak in January and February. The world's second biggest economy looks unlikely to recover any time soon.

Now, with governments and central banks in Europe and North America pursuing drastic measures to try to control the pandemic, Asia still on high alert, and financial markets in meltdown, a growing number of experts say that a global contraction is beginning.

"Whereas 10 days ago there was some legitimate uncertainty about whether the global economy was in the process of going into recession -- 10 days later, there's no question that it is," David Wilcox, former head of research and statistics at the Federal Reserve Board, told CNN Business.

Chinese economy slammed: In China, retail sales plunged 20.5% during January and February compared to 2019, industrial output was down 13.5%, and fixed asset investment fell by nearly 25%, according to the National Bureau of Statistics. The decline in industrial production was the sharpest contraction on record.

The US forecast: Goldman Sachs on Sunday downgraded its outlook for US GDP, citing a cutback in spending, supply chain disruptions and the impact of local quarantines. The investment bank thinks America's economy will now shrink 5% between April and June, after 0% growth between January and March. Growth for the year is forecast to come in at just 0.4%, down from 1.2%.

Amid the desperate crowds and sparse shelves at supermarkets across the US, there is grace in the aisles.

Jayde Powell, an 20-year-old student at the University of Nevada, Reno, is providing free grocery delivery to the sick and elderly with a growing army of volunteers.

She got the idea to organize a few volunteers when her mother mentioned calling elderly neighbors to see whether they needed anything.

"As a pre-med student, I know that people who are older or people who have heart, lung or immune conditions are especially at risk for contracting the virus," Powell told CNN.

She started "Shopping Angels" by enlisting about 20 members of her medical fraternity, Phi Delta Epsilon. As need grew, she reached out to other classmates and turned to social media to recruit more. But Powell credits her interview with CNN affiliate KVVU for putting Shopping Angels on the national scene.

"It is really quite astonishing to me," she said. "I woke up this morning to 20 voicemails and 56 emails. And I've got people in Connecticut, Long Island, Sacramento, Los Angeles, Phoenix, Arizona that want to volunteer."

How it works: Some clients give their angel a shopping list, budget and money to cover the purchase. Other clients purchase their groceries online, and a shopping angel does the pickup.

Powell requires her shopping angels to wear masks and gloves during transportation, pickup and delivery. Additionally, Powell asks her volunteers not to go inside the homes for the safety of everyone involved. 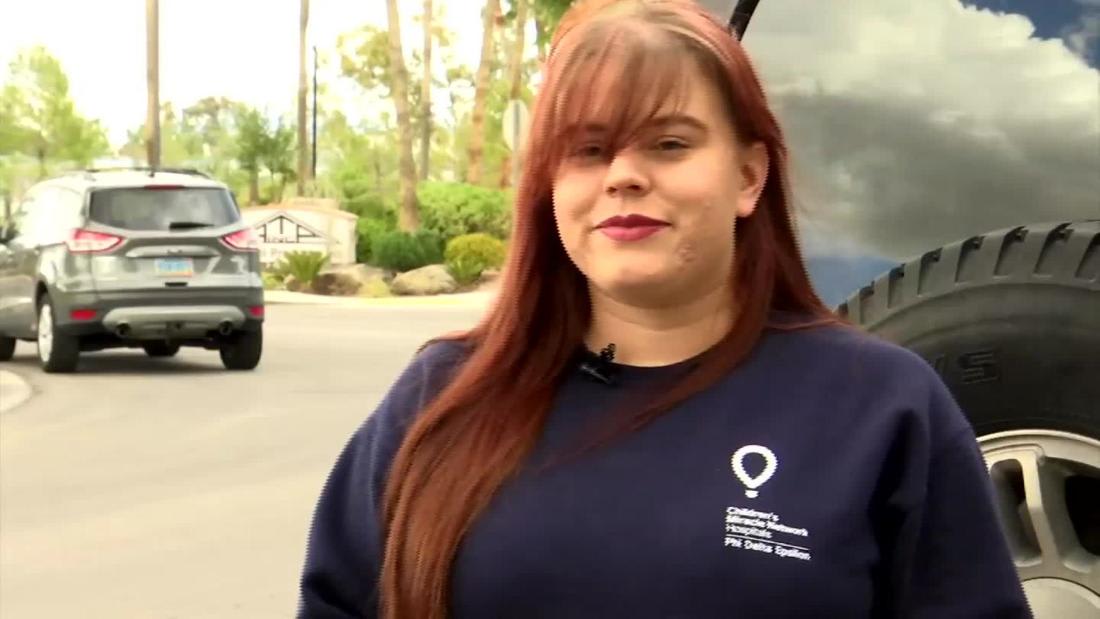 Beijing police have launched a criminal investigation into a coronavirus patient who traveled to China from the US while showing symptoms, and was confirmed infected after arriving.

The patient, a woman identified by her surname, Li, is a resident of Massachusetts, said Beijing authorities in a statement online. She had attended a company conference in late February, where one of her colleagues later tested positive for the coronavirus.

The timeline: Li began noticing symptoms on March 1, like muscle aches, a fever, cough, and runny nose. She visited a local hospital on March 3, before subsequent visits on March 5, March 10, and March 11; she was prescribed antiviral medication and given a chest radiograph, but says she was not hospitalized.

Finally, on March 12, she traveled to Los Angeles, then flew onward to Beijing with her husband and son.

On the flight: A few hours after takeoff, Li told flight crew that she was experiencing symptoms. She was asked to sit in an isolation zone on the plane, and wear a mask. It wasn't for several more hours -- shortly before arriving in Beijing -- that she told crew members she had been at a conference with a person infected with coronavirus, according to an airline spokesperson.

Upon arrival, the family was taken to a hospital in Beijing, where Li was confirmed infected with the virus on March 13. She is now being treated in hospital while her husband and son stay under quarantine for medical observation.

But in the past week, contradicting claims have emerged. Nieng Yan, a professor at Princeton University, said on the social platform Weibo that Li had already tested positive in the US and had wanted to "escape" back to China -- contradicting Li's claims that she had been unable to get tested in Massachusetts.

The police say they are investigating Li for alleged violation of China's infectious disease prevention law.

The Indian film industry is halting all productions from March 19-31 as part of efforts to contain the novel coronavirus in the country.

“The health and safety of our colleagues comes first, hence we completely support the industry’s united decision to suspend productions,” Kulmeet Makkar, CEO of the Producers Guild of India, said in a statement.
“In the coming days, we will discuss details with our members on the modalities of postponing our production plans, keeping in mind the ongoing threat of Covid-19. We will continue to monitor the situation and take further decisions accordingly."

With up to 2,000 films produced every year in over 20 regional languages, the Indian film industry is the world’s biggest when it comes to the number of films made.

In recent weeks, Bollywood's biggest stars have taken to social media to raise awareness on how to prevent the spread of coronavirus in a country of more than a billion people.

Bollywood megastar Amitabh Bachchan posted a video of himself reciting a few lines of verse that he had “doodled.”

The poem spoke about listening to government advice, such as washing your hands regularly, staying indoors and practicing social distancing.

And actress Priyanka Chopra took to Instagram to promote the traditional Indian greeting of Namaste as a safe, no-contact way of greeting. 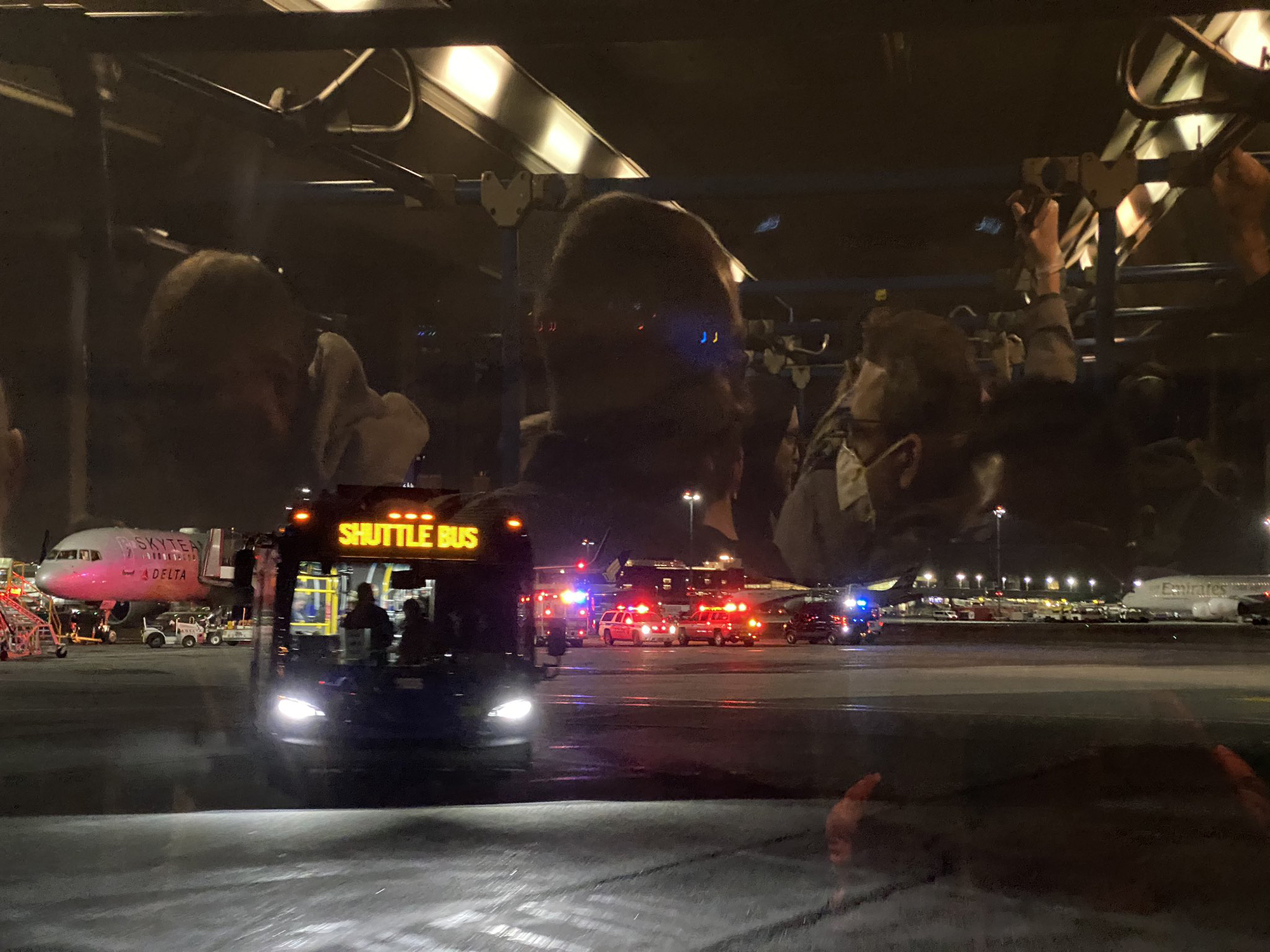 A Delta Air Lines flight was held before takeoff Monday in New York after a passenger said they were exposed to someone who had tested positive for coronavirus, a person involved with airport operations told CNN.

Flight 2503 was scheduled to fly from JFK Airport to Seattle that night. Just before takeoff, the individual was told that they were exposed to someone with coronavirus, the source said.

The passenger did not show any symptoms but deplaned out of an abundance of caution, the source said.

"The passenger is being questioned, the information is being supplied to the CDC. They will make a decision what becomes of this flight and the rest of us," the pilot announced to passengers on the flight. "So at this point, all I can say is just please be patient as we work through this and figure it out. We'll give you as much information as we know, as soon as we know it."

Delta confirmed the incident and said that the plane was being cleaned.

"We continue to follow all guidelines from the CDC and local health officials," Delta spokeswoman Kate Modolo told CNN. "The safety and health of our customers and crew remain our top priority."

One of Hollywood's most famous couples is helping feed those in need during the coronavirus pandemic.

Those groups, said statements posted to Reynolds and Lively's Twitter accounts, have been "brutally impacted" by Covid-19.

"Take care of your bodies and hearts," Reynolds' statement said. "Leave room for joy. Call someone who's isolated and might need connection."