As of Saturday morning, there are 64 cases of COVID-19 in Georgia which is the largest increase in a 24-hour period to date, Kemp said.

There were 42 coronavirus cases reported in Georgia as of Friday afternoon, according to CNN Health’s tally of US cases that are detected and tested in the United States through US public health systems

The state is working on establishing independent test sites in every major region of Georgia, locations of which will be announced early next week, Kemp said. The state has appropriated $100 million in emergency funding to address the spread of coronavirus in Georgia.

Georgia is currently processing 100 specimens per day and by the end of the week the state plans on doubling specimen processing to 200 per day with the addition of new equipment and staffing.

The governor has fully activated the Georgia Emergency Management and Homeland Security Agency state operation center in response to coronavirus.

In a letter to his Italian counterpart Sergio Matarella, Xi said his government and the Chinese people will “sustain with determination” Italy’s fight against the pandemic that has strained the European nation’s medical system, ANSA reported.

British travel company Jet2 has canceled all flights to mainland Spain, the Balearic Islands and the Canary Islands.

The company said on Saturday the cancellations were in response to local measures introduced by the Spanish government.

At least five Jet2 flights from the United Kingdom to Malaga and Alicante in Spain were turned around mid-air on Saturday, according to data obtained by Flightradar24, after the airline confirmed it would be cancelling all flights to Spain “with immediate effect.”

“We have taken the decision to cancel all flights to Mainland Spain, the Balearic Islands and the Canary Islands with immediate effect,” a Jet2 spokesman confirmed to CNN in a statement, asserting that the health and safety of customers is the airline’s “number one” priority.

On Thursday, the Spanish Prime Minister Pedro Sanchez declared a 15-day state of emergency over the coronavirus pandemic. Daily life has been severely restricted in several Spanish provinces and cities, with large gatherings cancelled, restaurants shut and beaches closed to public.

According to the Spanish Ministry of Health, there were 5,753 confirmed cases and 136 deaths as of Saturday morning. The country recorded an increase of more than 1,500 cases in one day.

Colin Bado is a history teacher at McKinney Boyd High School in McKinney, Texas. He has been travelling through Europe with a group of 31 students and teachers and is now scrambling to he get his students back to the United States.

The students, aged between 16 and 18, have travelled to Normandy, Paris, Munich, Windsor and London on a field trip to learn about World War II.

"We found out about the ban while we were in Paris and have been making the best of the situation since that point,” Bado told CNN.

"We were originally scheduled to fly to Houston this morning, but that was quickly shut down due to the lack of a Covid-19 screening process [at Houston airport]," he said.

Bado said the school group is now having to split up and fly to Chicago -- then make their way back to Texas.

Half of his students are on a flight that departed this morning, while the other half will fly from London Heathrow to Chicago O'hare later this afternoon.

"We’ve hit a lot of road blocks, but finally managed to get flights out today," Bado said. "Landing in O’hare could be interesting, but I’m reluctant to tell my students of my concerns,” he said, saying the situation been changing "almost an hour by hour change."

The White House physician said in a memo released late Friday night that President Donald Trump remains without symptoms for coronavirus and quarantine is unnecessary after he came into contact with two individuals who have the virus.

In a memorandum released just before midnight, Navy Cmdr. Sean Conley, the White House physician, wrote that Trump "briefly came into contact" with an individual with whom he took a picture. That person is Fabio Wajngarten, the press secretary for Brazilian President Jair Bolsonaro, CNN previously reported. 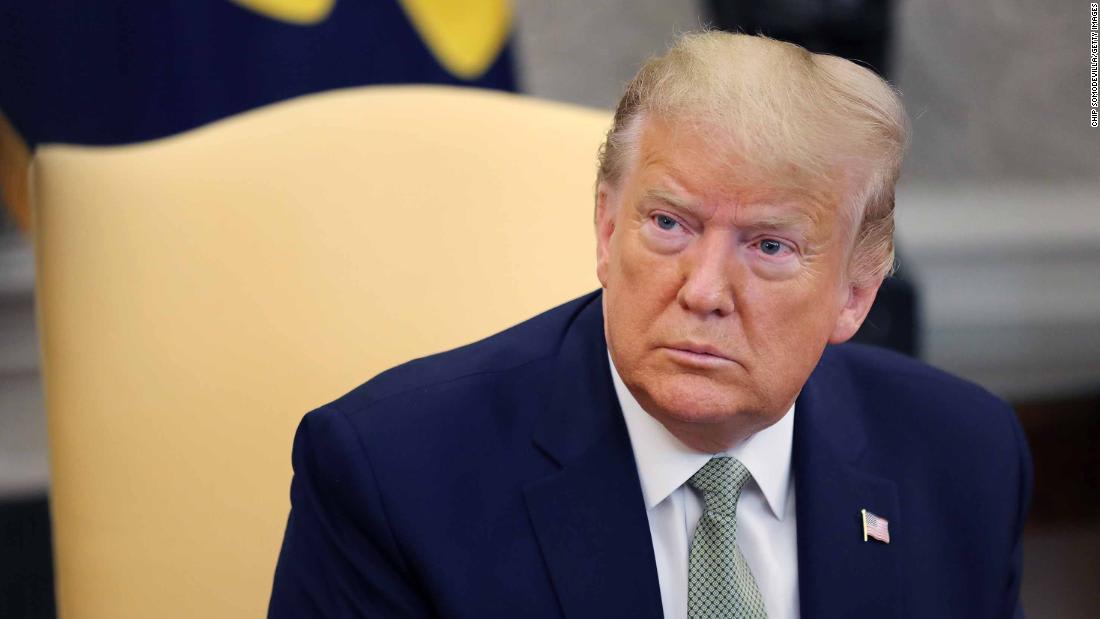 White House doctor: Trump doesn't need to be quarantined after interactions with 2 people who tested positive for coronavirus

Seville’s Easter processional parade has been cancelled due to coronavirus concerns, the city’s Mayor tweeted Saturday.

“I want to communicate the hardest decision I’ve made as mayor in these five years, which is the suspension of the Holy Week processional parades, in consensus with the General council of Seville and the Archbishopric,” Mayor Juan Espadas Cejas said.

The Mayor’s decision comes after Spanish Prime Minister Pedro Sanchez declared a 15-day state of emergency over the coronavirus pandemic.

“The State of Emergency is a resource used to tackle extraordinary crisis such as the one happening in the world and in our country,” Sanchez said during a televised speech on Friday.

The annual Eastern celebration, known as Semana Santa de Sevilla, is one of the city's most attended festivals. It features traditional parades and processions and large gatherings.

Iran’s Armed Forces will start clearing public spaces nationwide as part of a scaled-up effort to halt the spread of coronavirus in the country, according to state-run Press TV.

Most shops, streets and roads will be closed within a period of 24 hours that began on Friday, Chairman of the Chiefs of Staff of the Iranian Armed Forces Major General Mohammad Baqeri said Friday, as quoted by Press TV. Only essential shops and offices, like grocery stores, pharmacies and banks will remain open with minimal staff.

Over the next one week to 10 days, the entire Iranian nation will be monitored once through cyberspace, by phone and, if necessary, in person, and those suspected of the disease will be identified."

He added that law enforcement and security committees along with the Interior Ministry and provincial governors will be clearing shops, streets and roads.

The suspected cases will be transferred to medical centers, Baqeri said, adding that the Iranian Armed Forces would establish up to 1,000 treatment units for coronavirus patients. He also urged the Iranian people to comply with the Health Ministry safety guidelines in order to stop the outbreak in a timely manner.

Coronavirus has so far killed 514 people and infected over 11,300 in Iran.

On Friday, Iran’s Foreign Minister Javad Zarif submitted a letter to UN Secretary-General Antonio Guterres urging the international community to disregard the “inhumane” sanctions imposed by the US.

“I urge the world body—and member states—to disregard inhuman US sanctions on my country. And insist that they be lifted,” Zarif said on his official Twitter account. “As the #COVID19 ravages Iran, we should recognize that viruses don't discriminate. To fight them, neither should humans."

Also on Friday, Iranian Foreign Ministry spokesman Abbas Mousavi said an apparent offer from US President Donald Trump to help Iran fight the virus was "hypocritical" and "repulsive,” according to Press TV.

"Instead of hypocritical displays of compassion and repulsive bragging, you should end your economic and medical terrorism so that medicine and medical supplies can reach medical staff and the Iranian people," Mousavi said, adding that Washington should care for its own people amid the pandemic.

Hezbollah’s Chief Hassan Nasrallah also blasted Trump and his administration on Friday for their transparency in keeping the public informed, according to Press TV.

“We are in the middle of a battle that resembles a world war,” and Trump and his team have been “the worst liars” when it comes to fighting the virus, Nasrallah said.

The country -- which has the world's highest per capita beer consumption -- has shut pubs and restaurants for 10 days starting Saturday morning.

The government has previously restricted pubs' opening hours, but said Saturday stricter measures are needed to prevent further spreading of the virus.

It has also ordered most shops -- except food supermarkets, pharmacies, gas station and other stores selling vital items -- to close.

The Indian government has declared “a notified disaster” in the country as the coronavirus pandemic continues to spread.

This declaration by the Ministry of Home Affairs said in a statement Saturday will allow for the use of the State Disaster Response Fund to combat the pandemic.