South Korea is the hardest-hit Asian country outside China -- but recently it has also become a model for the rest of the world in terms of testing, detection, and containment.

"Since this started there's been almost a quarter of a million people in this country that have been tested," said CNN Correspondent Paula Hancocks, joining CNN's ongoing coronavirus town hall from Seoul, South Korea.

"That's far more than most other countries around the world. Over the last week the number of new cases every day has been decreasing. They have new cases but it does appear at least at this point to be a slow down."

Just earlier this week, South Korea's health minister told CNN he hoped the slowdown was a sign that the country has passed the peak of the outbreak.

Some lessons we can take from South Korea:

There are at least 1,645 cases of the novel coronavirus in the United States, according to state and local health agencies, governments and the US Centers for Disease Control and Prevention (CDC).

According to the CDC, there are 70 coronavirus cases involving citizens repatriated from abroad and from aboard cruise ships. According to CNN Health’s tally of US cases that are detected and tested in the United States through US public health systems, there are 1,575 cases in 47 states and the District of Columbia. 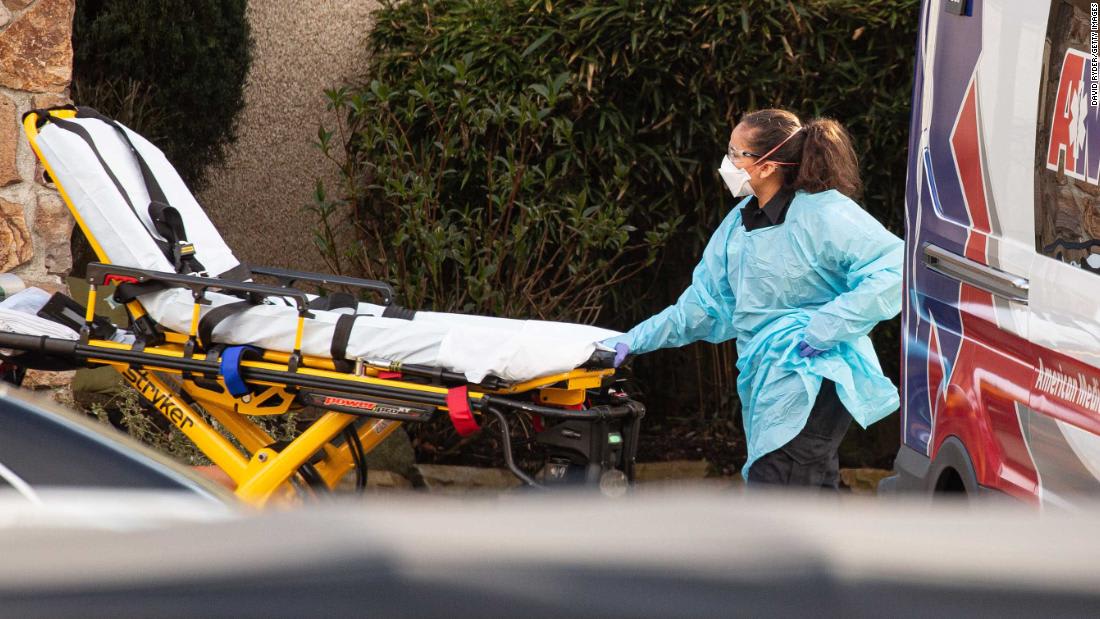 A state-by-state breakdown of US coronavirus cases

The restrictions will ban travel to the US from 26 European countries -- a group in Europe called the Schengen Area. The United Kingdom is not part of this group.

There's no "back door": The ban will be in effect for anyone who is transiting through the listed countries, not just arriving from them, said Quest -- meaning, for instance, someone in Paris could not travel to London and then go to the US.

"You will risk making an error, making a telling a false statement to immigration and that has serious consequences," Quest warned.

US citizens in Europe are allowed to fly back: But the process is still unclear at the moment. Americans currently in Europe will need to go to designated airports to fly back, but it's unclear whether they will immediately self-isolated once they arrive, or whether that may only apply to symptomatic people.

The US's top infectious disease doctor told CNN’s Anderson Cooper and Dr. Sanjay Gupta Thursday night that he wouldn't get on a plane right now due to the coronavirus outbreak unless absolutely necessary.

"I certainly wouldn't get on a plane for a pleasure trip. It would have to be something that was really urgent," Dr. Anthony Fauci, director of National Institute of Allergy and Infectious Diseases, said during CNN’s coronavirus town hall. "My job is the public health. If it had to do with the public health and I needed to do something for the public health, I might do that because I'm quite healthy. However, if it was just for fun — no way I would do it."

Former NBA player and current "NBA on TNT" analyst Charles Barkley confirmed on-air on Thursday that he was tested for coronavirus at the suggestion of doctors after he wasn’t feeling well following a trip to New York City.

Barkley's announcement comes a day after the NBA postponed its season due to the virus.

Barkley, who called into TNT's Thursday show, said that he was in his second day of self-quarantine and was awaiting the results of the test.

"I went and took the coronavirus test late this afternoon. I have not gotten the results back. So, I'm just kind of in limbo right now. I'm really hoping it was just a bug. Like I said I was in New York earlier this week because that was a hot spot. And when I got to Atlanta I just wasn't feeling well. But I took the test, I haven't gotten the results back, but that's where I'm at right now." 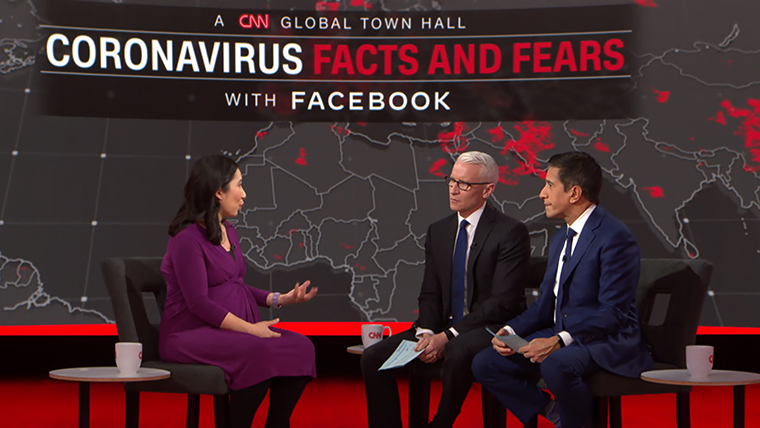 At CNN's ongoing coronavirus town hall, one viewer asked whether they could make their own cleaning supplies like hand sanitizer.

The answer from our panel is clear: no.

"Do not make your own sanitizer and don't go out there and try to become your own chemist. Don't use vodka and recipes. Those are not effective and could be dangerous," said Dr. Leana Wen, former Baltimore Health Commissioner.

Soap and water will do the trick. "It's much more effective," Wen said — both to clean your hands, and to clean surfaces of your home. Liquid soap is best if possible.

Just remember to do it right: remember to wash commonly-neglected parts of your hands like your thumbs and fingertips, not just your palms or the back of your hands. Wash them frequently throughout the day, for 20 seconds each time. Stay conscious of the things you touch during the day and try not to rub your eyes or touch your mouth with unwashed hands.

One viewer raised the question during CNN's coronavirus town hall: Can we expect to see the virus die down in the next few months as we enter warmer summer months?

"I wish this were the case but at this point we just don't know," Wen said.

It's possible — past outbreaks like SARS in 2003 peaked in March and early April as the weather warmed up. But that doesn't mean it's necessarily what will happen this time around, as there are still a lot of factors placing us at risk, like the lack of a vaccine or treatment, and the higher rate of global travel now than a decade ago.

And even if it subsides in the summer, it isn't gone forever. The virus could become more prevalent in other parts of the world with different seasonal patterns, or even come back once winter arrives again next year — so "we cannot count on warm weather to get rid of Covid-19," Wen said.

Tom Hanks took to Twitter to update the public on his and wife Rita Wilson's health after the star couple were diagnosed with the coronavirus yesterday in Australia.

Here's what the actor said:

Emily Mitchell, from Salt Lake City, is one of many Americans wondering whether the coronavirus can be transmitted through things like mail or money.

Dr. Anthony Fauci, director of the National Institute of Allergy and Infectious Diseases, assuaged Mitchell's concern tonight during CNN's coronavirus town hall by saying if the disease were to transfer onto something like mail, it would likely be a low concentration.

"Even if it is on there, would it be high enough of a concentration to actually be transmitted? Although it is important, I don't want to downplay the recommendations of wiping down the kinds of things you can easily wipe down. Doorknobs, screens, things like that. I think if you start thinking about money and mail and things like that, you can almost sort of immobilize yourself, which I don't think is a good idea," Fauci said.