China continues to report a drop in daily cases and a lower death toll from the novel coronavirus, with the latest tallies for both categories in single digits.

There were eight new confirmed cases, five of which were in Wuhan, the epicenter of the pandemic.

The drop in new daily cases is especially striking given that just a month or two ago, the country was reporting thousands of new cases per day.

Total recoveries: 64,111 patients have recovered and been discharged from hospital, according to the NHC.

All land, sea, and air transport will be suspended in the Metro Manila region from Sunday through April 14, Philippine President Rodrigo Duterte said in an address to the country yesterday.

Metro Manila, also known as the National Capital Region, is home to 12.8 million people across 16 cities.

Duterte said the Philippine National Police and military will work with a coronavirus task force to implement the restrictions, adding that these measures do not constitute martial law. He also called for neighborhoods to go into quarantine when cases are confirmed.

Duterte added that public transportation would remain operational but social distancing must be enforced, according to state-run Philippine New Agency.

The country has 52 confirmed cases, according to the World Health Organziation, most of which were reported in the past week.

Duterte is being tested: The President is also undergoing testing, after some cabinet members were exposed to infected patients, according to a Facebook post by presidential aide Bong Go.

Nepal has decided to cancel all expeditions to Mount Everest for the rest of the climbing season due to the coronavirus outbreak, Tourism Secretary Kedar Bahadur Adhikari said today.

"Expeditions to Mount Everest have been closed with immediate effect. Climbing permits are cancelled till the end of April," Adhikari said.

Why this matters: This time of year -- the spring months of March, April, and May -- are among the most popular times to climb Mount Everest. Hundreds flock to the mountain during the best few weeks of the season, when the weather is good and temperatures are warmer.

The economic blow: This cancelation could also serve a huge blow to Nepal's already weak economy. Tourism is one of the mainstays of the country's economy, and some people -- particularly in rural areas -- depend on it as their primary source of income.

According to the Ministry of Culture, Tourism and Civil Aviation, one job is generated by every six tourist visits, and 138,000 people are employed in the sector. Everest is a major source of income, given that foreign climbers can spend up to $100,000 for a chance to climb the mountain, with much of the money going to local tour companies and guides.

As the coronavirus continues to pop up in most US states, what do you do if your neighbor, or someone in your community, gets struck with the virus?

First of all, don't panic. Fear-mongering can make people susceptible to misinformation and panic-buying -- which doesn't help anyone.

Keep practicing preventive basics. Things like washing your hands and covering coughs and sneezes with your elbow or a tissue can go a long way. Hand sanitizer with at least 60% alcohol can be used as a substitute. People should also clean frequently touched surfaces.

You may want to avoid poorly ventilated buildings, even if it's your own building -- it can raise the risk of infection.

Try to work from home and avoid crowded public places. The CDC recommends staying home if an outbreak occurs in your community, and that means working from home and avoiding popular areas. You don't have to cut yourself off from public life, but vigilance is key.

Stock up on groceries and toiletries: Keep enough groceries, toiletries, and food and water to last you a little while. Think things like toothpaste, detergent, and water filters.

Self-isolating doesn't mean zero contact. You can stay in touch with people over phone or email -- long-term isolation can actually be damaging, and zero social contact isn't a solution. 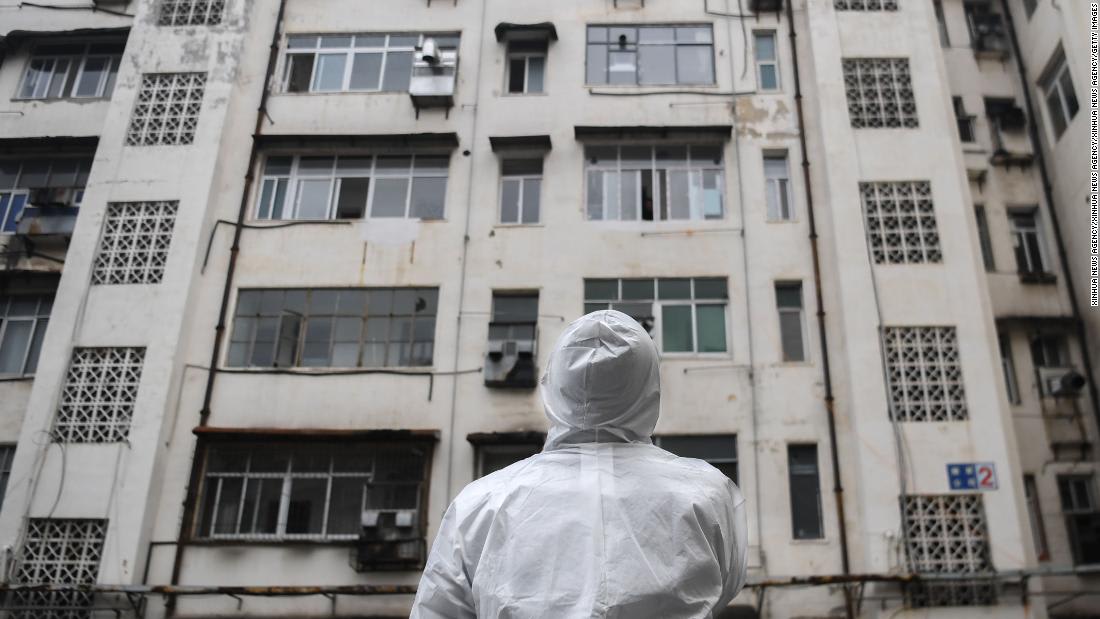 The start-up will also postpone the opening of a new location in Arizona, which had been slated for next Wednesday.

CEO Emily Weiss announced the moves in a blog post Friday, saying the closures would take place "for at least the next two weeks to help mitigate the spread of COVID-19."

Store workers will continue to be paid for their scheduled shifts throughout that period, she added.

The company is not the only one closing its doors for a while as the world grapples with the pandemic. Apple and Starbucks have also temporarily suspended operations at some China stores recently, while Italy has ordered all shops across the country to shut down, apart from supermarkets and pharmacies.

Here's a recap of major news that broke within the past few hours:

Australia's advises against mass gatherings of more than 500 people: Prime Minister Scott Morrison said the decision was made "based on the advice we have received today about the increasing number of cases and the evidence of community transmissions," and will come into effect Monday.

Australia has identified more than 140 coronavirus cases, Morrison said yesterday, and is an important test case as to whether warmer weather will help stop the virus from spreading.

Canada's first lady tests positive: Canadian Prime Minister Justin Trudeau’s wife, Sophie Grégoire Trudeau, tested positive for coronavirus, according to a statement from Trudeau’s office. She is feeling well, only has mild symptoms, and will remain in isolation, the statement said.

The Prime Minister has no symptoms but will be in isolation for 14 days, according to the statement. He is not being tested at this time because he is asymptomatic, and will continue his duties as normal.

The impact on the sports world grows: NBA Commissioner Adam Silver said the league's hiatus due to the coronavirus “will most likely be at least 30 days" and did not rule out the possibility of the season being canceled.

US Major League Soccer and the National Hockey League followed the NBA's lead and suspended play, while Major League Baseball has pushed back the start of its season.

And the PGA Tour announced late Thursday night that it is canceling The Players Championship taking place this week in Ponte Vedra Beach, Florida and other events through April 2. Formula 1 has also canceled the Australian Grand Prix after a McLaren team member tested positive.

The English Premier League is set to hold an emergency meeting on Friday to discuss future matches.

This post was updated to reflect that the Australian government is advising against mass gatherings.

India reported its first death from the coronavirus earlier today -- a 76-year-old man with preexisting conditions who had visited Saudi Arabia. He died on Tuesday in the southwestern state of Karnataka.

India has 74 cases of the coronavirus, according to the World Health Organization.

The country is now enforcing additional measures to contain the virus. The Presidential Palace will be closed to tour visits, and the change of guard ceremony will also be closed to the public until further notice.

Foreign nationals arriving from Sri Lanka, South Korea, Italy, and Iran will be sent to quarantine centers for a mandatory 14-day quarantine.

Earlier in the week, the country also announced it would suspend all tourist visas to halt the virus spreading further. Visas for special purposes like diplomatic visas and those for UN or international organizations will be exempt.

There are big panics like the sell-off on Wall Street. There are little panics, like stores being cleaned out of toilet paper. But everywhere, there seems to suddenly be panic.

It highlights ways the system has failed. Trump's new Europe travel restrictions came too late for state and local governments, private companies and health officials dealing with a disease that's already here -- and for which the US is not currently able to test like other countries.

You can't just go out and get a test if you develop a cough. It is perhaps the most pressing issue facing the country, but it went unmentioned by Trump in his address Wednesday night.

Lawmakers from both parties fumed after being briefed Thursday on Capitol Hill. "Our system has just not been up to snuff and I think a lot of people are frustrated by it," said Republican Sen. Mitt Romney of Utah. "I'm one of them."

And it's a stress test for the nation. The virus threatens to test the capacity of the US health system, but it is already straining the economy and the social system.

The stock market plunged again and trading was briefly halted Thursday. The New York Federal Reserve announced extraordinary measures to open access to $1 trillion in capital. The travel industry in particular was in chaos as airlines and cruise companies struggled from the shock of new travel restrictions on top of cascading cancellations. 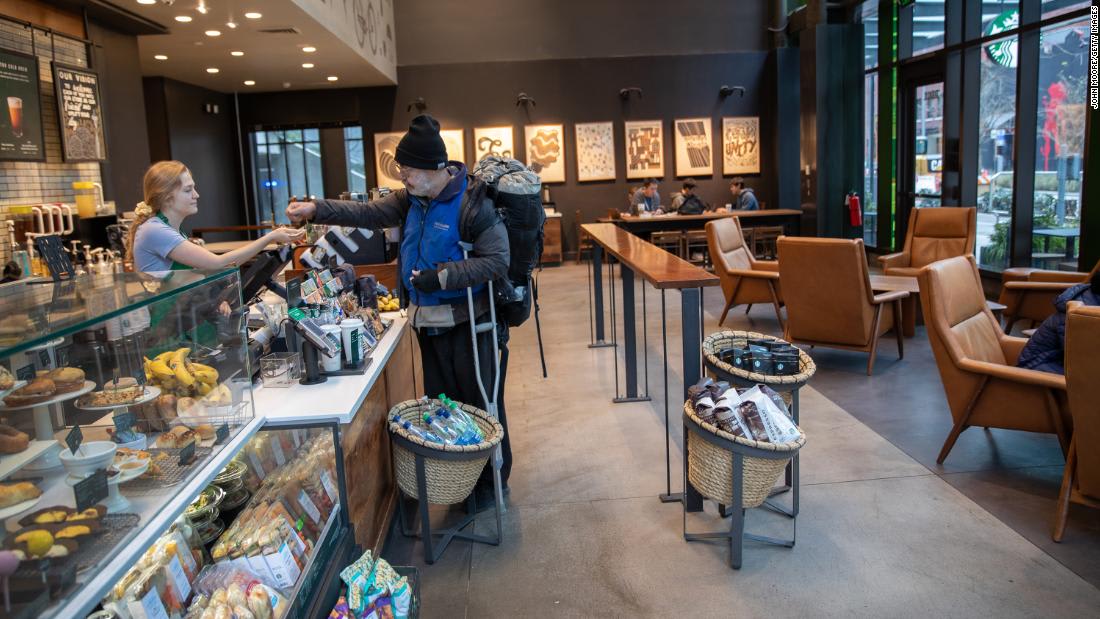 Coronavirus is putting America on hold

Australia is advising against mass gatherings of more than 500 people to curb the spread of coronavirus, Prime Minister Scott Morrison said in a news conference today.

The measures will come into effect on Monday.

"Based on the advice we have received today about the increasing number of cases and the evidence of community transmissions, it has been recommended to us that we move to a position by Monday where we will be advising against organized, non-essential gatherings of persons of more than 500 people or greater more," Morrison said.

Even before Morrison's announcement, many events were already beginning to be canceled. Formula 1 canceled the Australian Grand Prix after a racer tested positive, and the movie Tom Hanks was filming in the country has been suspended after he and his wife both tested positive.

This post was updated to reflect that the Australian government is advising against mass gatherings.