Our coverage of the NATO summit in Brussels has ended. You can read more about how the gathering unfolded here.

The Prime Minister of Luxembourg, Xavier Bettel, has said NATO's relationship with the United States is “still existing,” despite a tense period while former US President Donald Trump was in office.

Bettel said that under President Joe Biden, “we have someone who believes in multilateralism.”

Trump was extremely critical of NATO during his tenure in the White House.

Arriving at NATO headquarters on Monday, Bettel also said that “if we are able to have a better and cleaner and safer world, we don’t need to invest that much in weapons."

"I know it’s not the most popular sentence to say here [at NATO] but it’s a fact," he added.

Bettel also said it was key to not view the entire world as enemies.

“It cannot be that we only talk about people but not with people," the Luxembourg leader said.

US President Joe Biden will “be taking some pretty tough messages to [Russian] President [Vladimir] Putin in the course of the next few days," British Prime Minister Boris Johnson said Monday.

Johnson was speaking on arrival at the NATO summit in Brussels.

He reflected on the attack in the English city of Salisbury in 2018, “when innocent members of the public faced poisoning from [the nerve agent] novichok." The Prime Minister noted that NATO allies stood by Britain during the crisis.
Johnson said he is “always hopeful things will improve with Russia but I’m afraid so far it’s been pretty disappointing from a UK point of view.”
“When I saw President Putin I made that very clear, I said we are ready to do things differently, we’re ready to try to have closer relations but you’ve got to change the way you behave,” he added.

The UK leader also said today's summit would involve discussions on “Afghanistan, Ukraine and also the ways we want to modernize NATO."

NATO does not want a new cold war with China “but I think people see challenges,” UK Prime Minister Boris Johnson said as he arrived at the alliance's summit in Brussels today.

Johnson said there are “things we have to manage together” but that NATO also sees “opportunities” with China.

His comments come after the G7 summit this weekend, which saw that group's strongest condemnation of Beijing in recent decades.

China is also on the agenda for the NATO summit today, with alliance chief Jens Stoltenberg saying that the country poses "some challenges" to security.

NATO Secretary General Jens Stoltenberg welcomed global leaders to Monday's summit on Twitter, saying in a post that the meeting came at a "pivotal moment" for the group.

"In an age of global competition, we stand strong together as a transatlantic family," he wrote.

Arriving at the summit today, Stoltenberg said that it was time to “open a new chapter in our transatlantic relations," according to a NATO statement.

The Secretary General also warned that the alliance's relationship with Russia was “at its lowest point since the Cold War because of Russia’s pattern of aggressive behaviour.”

On China, Stoltenberg said the country offered opportunities but “also poses some challenges to our security.”

US Secretary of Defense Lloyd Austin will join President Biden at the NATO summit in Brussels.

"Wheels up, and en route to Brussels to join @POTUS for the @NATO summit," he wrote.

US Secretary of State Antony Blinken is also in Brussels, where he met with Albanian Prime Minister Edi Rama on Sunday. The pair signed a Memorandum of Understanding (MOU) on 5G.

“This US-Albanian MOU represents the steadfast commitment of the United States and Albania to shared priorities, in particular to the shared commitment to using only trusted equipment providers to ensure 5G security," the State Department said in a statement Sunday.

Joe Biden will this week confront two relentless forces that could seriously hamper his presidency: Vladimir Putin and Capitol Hill deadlock. Both will test the President's leverage and ability to fulfill his agenda of restoring American global leadership and enacting one of the most ambitious economic transformations at home in generations.

The first goal was advanced by the G7 summit, in which Biden proved he was more than just the anti-Donald Trump. The meeting closed with a commitment to provide a billion doses of Covid vaccines to the developing world, an agreement on thwarting tax evasion by multinational corporations and unity on human rights abuses in China.

Of course, the real test of G7 summits comes when the leaders go back home.

The vaccine pledge is for instance just a drop in the bucket of what is needed. A tough line on China will try trans-Atlantic unity. But the democratic world did show relief at working with an American president again and embraced his aspirations.

Now, the US leader turns his attention, after the NATO summit in Brussels, to Putin. 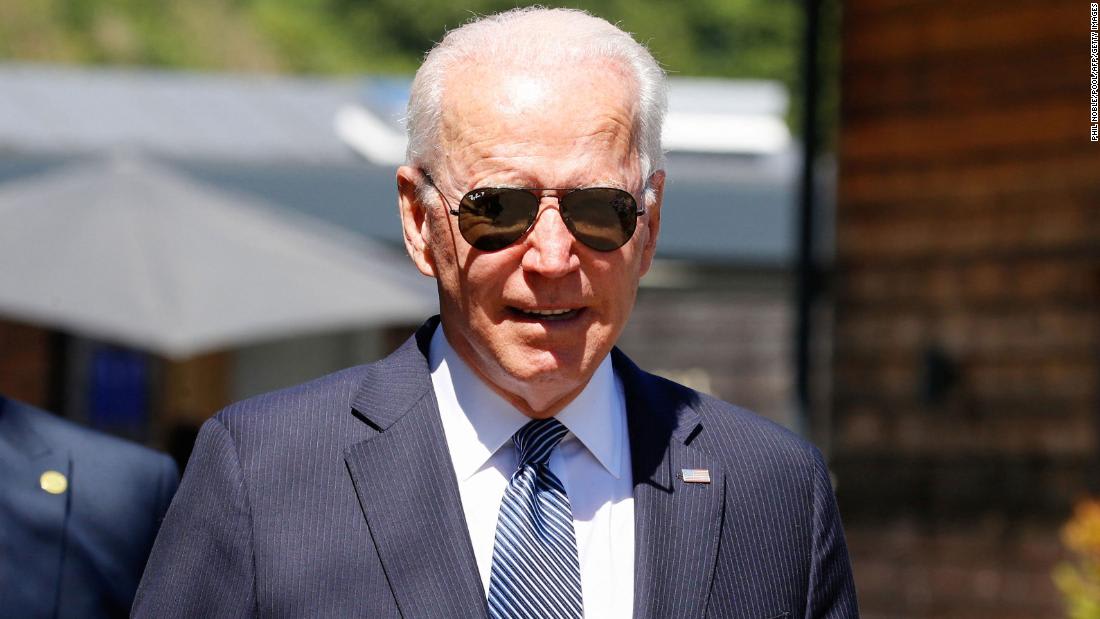 Analysis: Biden is about to confront two relentless forces that could seriously hamper his presidency

Biden will meet with Putin in Geneva, Switzerland on June 16 for a high-stakes summit.

Sullivan acknowledged that the meeting was unlikely to yield immediate results.

"If you are going to wait for really significant deliverables, you could be waiting for a long time conceivably," he added.

Sullivan said that the US focus is to "communicate from our President to their President what American's intentions and capabilities are and to hear the same from their side."

"At the end of the day what we are looking to do is for the two presidents be able to send a clear signal... to their teams on questions of strategic stability so we can make progress on arms control and other nuclear areas to reduce tension and instability in that aspect of their relationship," Sullivan said.
He added: "And second, being able to look President Putin in the eye and say, 'This is what America's expectations are. This is what America stands for. This is what America's all about.' This we believe is an essential aspect of US- Russian diplomacy because President Putin is a singular kind of personalized leader and having the opportunity to come together at a summit will allow us to manage this relationship and stand up and defend American values most effectively."

Sullivan also defended the timing of the summit, when Biden has yet to meet with so many other leaders, telling reporters last Monday, "It's hard from our perspective to find a better context for a meeting with the Russian President then after time spent with the world's leading market economies."

“I thank the President for his powerful commitment to the transatlantic bond, to Article 5 and his personal leadership on all these issues,” Stoltenberg said, speaking to reporters after the Oval Office meeting last week.
“We agreed that in a more competitive world we need to strengthen NATO and that we face security challenges which no ally can face alone, so therefore, we need to stand together in NATO.”

Stoltenberg said the countries at the NATO summit will agree to the group's 2030 agenda, which is focused on strengthening their collective defenses, strengthening resilience, sharpening their technological edges and working with likeminded partners - something he said will require increased investment.

“A strong NATO is good for Europe, but it's also good for the United States. No other major power has so many friends and allies, as the United States has in NATO. So I look forward to welcoming President Biden to Brussels,” Stoltenberg said.

Stoltenberg said both he and Biden agree on taking a dual track approach to Russia, with deterrence and defense but also dialogue.

Stoltenberg said he is glad Biden is meeting with the NATO allies before his meeting with Russian President Vladimir Putin is set to take place Wednesday.

He also said that while NATO allies need to try to engage with China on issues like trade and climate change, the country does not share the values of NATO countries.

“We see that in the way they crack down on democratic protests in Hong Kong, how they deal with minorities, the Uyghurs, and how they coerce neighbors, and how they threaten Taiwan,” Stoltenberg said.

The NATO chief said the biggest challenge facing the group was that the world is much more unpredictable. He pointed to the increase in cyberattacks as an example of the unpredictable security environment.

US President Joe Biden says he doesn’t view NATO as a “protection racket,” seeking to draw a sharp line between his views of the defense alliance and his predecessor’s.

“We believe that NATO is vital to our ability to maintain American security for the next, remainder of the century,” Biden said at a news conference Sunday in England at the culmination of the G7 summit before traveling to Brussels for the NATO summit.

“I want them to know, whether they doubted, that we believe NATO in Section Five is a sacred obligation,” he said.