Athletes from Ukraine and Russia embraced with a hug after winning medals in the men’s aerial skiing on Wednesday.

Abramenko, gold medalist in the event at Pyeongchang 2018, was embraced by Ilia Burov — who is competing under the Russian Olympic Committee (ROC) banner — after the Russian skier won bronze.

At the medal ceremony, Abramenko and Qi both held their nations' flags aloft while Burov pointed to the ROC logo on his sleeve. The ROC team is a loophole that allows Russian athletes to compete in the Olympics while their country is banned from the Games because of its doping scandal.

The athletes' hug comes against the backdrop of rising tensions between the two countries.

Russian forces massed along Ukraine's borders have increased by approximately 7,000 troops in recent days, the United States alleged Wednesday, despite claims from Moscow it was pulling back.

Before the Winter Games, Ukraine's sports minister said its athletes should stay away from their Russian rivals in Beijing, and that Ukrainian athletes have been briefed on how to behave in case of "provocations."

American skier Mikaela Shiffrin crashed out of the alpine combined today — the third time she has failed to finish an event at this Olympics.

When asked what went wrong afterward, she struggled to answer. "I think that I actually had a really good start and got into my tempo, my rhythm, quite well," she said. At every previous competition, once she got in the flow, "it always worked ... I never had an issue not finishing and especially not that early," she said.

She could have been moving too fast, or not fast enough, or "a whole number of things," she added — but had felt relaxed and confident, not under pressure, making the crash a "bit of a mind-boggling event."

"60% of my DNF (did not finish) rate for my entire career has happened at this Olympic Games," said the three-time Olympic medalist.

Shiffrin had failed to finish in her favorite disciplines earlier in the Games, the giant slalom and the slalom — which she had won gold for at previous Winter Olympics.

Swiss skier Michelle Gisin has won gold in the alpine combined event following a strong comeback in the second half of the competition.

The event starts with a downhill race, in which which Gisin placed 12th out of the 24 competitors.

But she dominated the following slalom run, finishing a stunning 1.05 seconds ahead of her teammate and silver medalist Wendy Holdener.

The International Olympic Committee (IOC) on Thursday reiterated its earlier claim that none of its products or uniforms for the Beijing 2022 Games were made in China's western Xinjiang region.

“The IOC’s report on its due diligence highlights the detailed work done in regard to our responsible program for the goods we commission in the context of the Games. None of our products [and] none of the production took place in Xinjiang, nor do any of the inputs or raw materials come from that region,” IOC spokesperson Mark Adams said at a news conference in Beijing.

In January, the United States Congressional-Executive Commission on China (CECC) wrote to the IOC asking for assurances that suppliers of Olympic uniforms were not using cotton from Xinjiang, due to reports of forced labor among Uyghur and other ethnic minority groups there.

Beijing has long denied claims of rights abuses and genocide in Xinjiang, claiming its policies are part of a program of mass deradicalization and poverty alleviation.

Responding to a question from CNN concerning the possible use of forced labor in Olympic clothing, Adams said he was not aware of any products containing Xinjiang cotton.

Following the exchange, spokeswoman for the Beijing 2022 Organizing Committee, Yan Jiarong, described reports of forced labor in Xinjiang as “a lie made up by forces with ulterior motives.”

“I feel obliged to make a very quick comment, I feel the so-called forced labor in Xinjiang is a lie made up by forces with ulterior motives and the relevant organizations have provided large amounts of facts to dispute that, and we are against the politicizing of sports,” Yan said.

The Beijing Olympic Committee identified no new Covid-19 cases among Games-related personnel on Wednesday, it said in a statement Thursday.

It is the first time no new infections have been detected since the beginning of the Winter Olympics and follows a steady decline in cases for the past two weeks.

Olympic cases: Since the "closed loop" system officially began on Jan. 23, a total of 435 Olympics-related cases have been identified, including 183 infections among athletes and team officials.

Canada held on to secure victory in the women's ice hockey final on Thursday as they saw a 3-0 lead evaporate under late pressure from their old rivals, Team USA.

Sarah Nurse got the Canadians off the mark in the first period right after one of their efforts was ruled out for offside.

Canada's captain Marie-Philip Poulin then racked up two more goals to put her team into a 3-0 lead as the game threatened to become a thrashing for the US.

But it didn't work out that way.

Late in the second period, Hilary Knight pulled one back for Team USA and it was game on.

Into the third period, a tangible sense of desperation rose in the final minutes, with American players throwing everything they had in a frantic attempt to make up the gap, bodies piling on top of each other in front of the Canadian goal.

Team USA scored a second through Amanda Kessel, making it 3-2 with just 12 seconds on the clock.

The US outshot Canada 40-21 but ultimately it wasn't enough, as the Canadians erupted into ecstatic cheers at the final buzzer and leapt into a group hug. Some US players left the rink visibly in tears.

Four years ago at the Pyeongchang Games, the US beat Canada in a penalty shootout in the final to win Olympic gold.

Between them, the two teams have won every Olympic gold medal in this sport.

Cheerleaders and Bing Dwen Dwen: The mood in the stands was upbeat and excited throughout the match, with hip hop tracks by artists including Dr. Dre blasted through speakers during breaks between periods.

There was a solid crowd cheering on both teams, with fans waving American and Canadian flags, and some even beating drums after goals.

There were also official cheerleaders present, wearing neutral blue hockey sweaters and helping drum up enthusiasm. At one point, the Olympic panda mascot Bing Dwen Dwen — the unexpected breakout star of the Games — joined the cheerleaders in dancing.

Thomas Bach, president of the International Olympic Committee, watched the match as well, and was spotted taking photos with the bronze-winning Finland team. 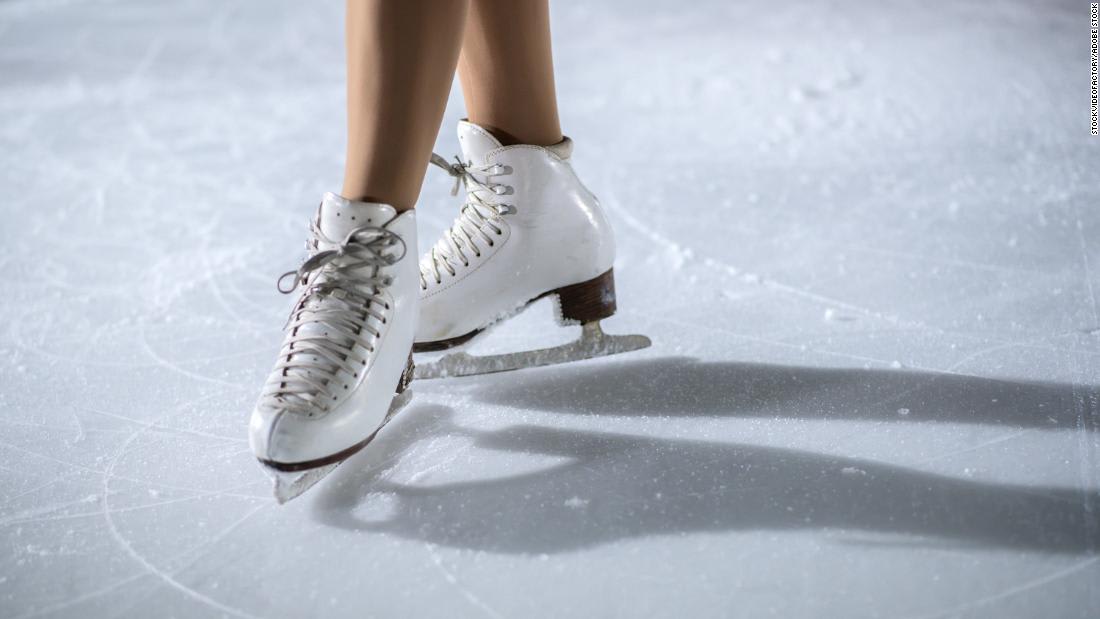