Day 8 of the 2022 Beijing Winter Olympics

Our coverage has ended for the day. Check out more Olympics news here.

The rival teams squared off in pool play Saturday.

The US next faces Germany on Sunday having won both its preliminary matches so far. After that, the top-ranked teams in the competition will progress to the play-offs in pursuit of medals.

The background: On December 22, the National Hockey League (NHL) announced that league players would not participate in the 2022 Winter Olympics.

At the time of the announcement, the regular-season schedule had been disrupted by increasing numbers of Covid-19 cases and postponed games.

Spectators watching Canada and the US go head-to-head in ice hockey are being told to bust a move during the breaks.

As electronic music played at the game in Beijing Saturday, a voice over the loudspeaker called on people to get dancing.

Crowds were seen waving their arms in the air to music and busting synchronized moves to Canadian Carly Rae Jepsen's "Call Me Maybe." Photo and videos of kids enjoying the music lit up TV screens inside stadium.

Athletes, support staff, volunteers and media are inside the loop, while spectators are outside.

American skiing star Mikaela Shiffrin said she hasn’t decided if she will race in the women’s downhill event Tuesday.

"I haven't decided for sure,” the three-time Olympic medalist said after finishing the first women’s downhill training run on Saturday.
“Today gives me a bit more positivity. I would love to race this downhill, so that's the plan."

Shiffrin, who did not finish in her favorite disciplines, the giant slalom and slalom, crossed the finish line at Beijing 2022 for the first time in the super-G event, finishing ninth overall.

Shiffrin last raced in downhill in December at Lake Louise.

"It felt really nice,” Shiffrin said of her first downhill run since then.
"It feels like it's been a long time. The Covid break in the middle of the season really took a lot. It's OK though, I felt strong and solid and in a good position. It was never scary at any point, just a little bit of that exhilarating feeling.
"I think there is going to be plenty to think about and learn over these next days of training. I am going to try and watch the true downhill skiers and see what I can take away from how they adjust their line and tactics.
"Everybody is going to be pushing harder every single day, I'll try to do the same but I am just going to be smart about it."

There are two more women’s downhill training sessions scheduled: one on Sunday and one on Monday.

Controversy surrounding a drugs test reportedly taken in December, that has only come to light during the Winter Olympics in Beijing, continues to delay the medal ceremony of the figure skating team event, which was won by the Russian Olympic Committee (ROC).

But what is trimetazidine, the banned substance at the heart of the controversy?

According to the European Union's medicines agency (EMA), trimetazidine "is a medicine used to prevent angina attacks, which are sudden pains to the chest, jaw and back brought on by physical effort, due to reduced blood flow to the heart."

It is listed in the World Anti-Doping Agency's (WADA) 2021 prohibited substances under the category of "hormone and metabolic modulators," a class of drugs that have been banned by WADA due to evidence of athletes using them for performance enhancement.

"This is an interesting choice to be used in this way because I think a lot of times, people might think: to enhance your performance, you'd use a stimulant or something that would increase your heart rate or get your metabolism going," Dr. Elizabeth Murray, pediatric emergency medicine physician at the University of Rochester Medical Center, told CNN on Thursday.

"An athlete wouldn't get jittery or necessarily feel all that different, but they would theoretically be able to perform at a higher level for longer. It would increase their endurance, potentially."

It's been used by athletes before: The most famous case of doping involving trimetazidine is Chinese swimmer Sun Yang, who was handed a three-month suspension in 2014 after testing positive for the drug. 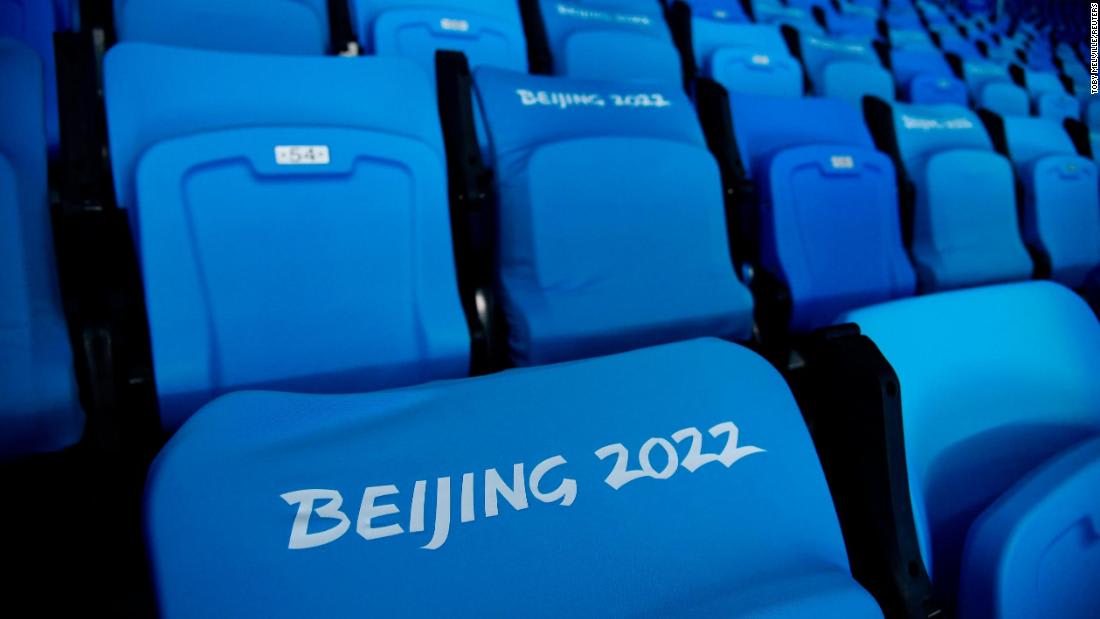 In a news conference in Beijing Saturday, Adams told reporters he is "as certain as (he) can be" that "there will be a resolution" to Valieva's case after the athlete tested positive for a banned substance – the heart medication Trimetazidine.

He added the IOC decided to "outsource both the testing and sanctioning" in the case "for obvious reasons."

“Many people saw at least the appearance of a conflict of interest, and so I think it’s important that we were independent, and WADA (World Anti-Doping Agency) and ITA (International Testing Agency) are independent of us," Adams said.
"They both do have press functions, and I can ask them to come here at some stage, but I would think during a live process, this is actually at the moment an appeal to CAS (Court of Arbitration for Sport), I’m not going to comment any further on that and I’m sure they wouldn’t, so it’s impossible for us to talk about this particular case."

The breakout star of the Games helped the ROC take home gold in the figure skating team event. She was allowed to compete despite testing positive for the banned drug trimetazidine, which is commonly used to treat people with angina.

The failed test only came to light during the Winter Olympics, and it remains unclear if the drug test controversy will see the medal revoked.

The Russian Anti-Doping Agency announced Friday it has launched an investigation into Valieva’s support staff following her positive test.

Four of the new cases were athletes and team officials and the remaining four were stakeholders, Beijing Winter Olympics Organizing Committee spokesman Zhao Weidong said in a briefing Saturday.

Covid at the Olympics: Organizers have reported at least 426 Games-related Covid-19 cases since January 23. Of those, 258 cases were detected at the airport and 168 cases detected inside the Games' "closed loop" system, which separates Olympic athletes, support staff, media and volunteers from the rest of the Beijing public.

It's his fourth Olympics, but this marks his first Olympic medal.

Baumgartner's redemption comes after finishing 10th in the individual event.

"I can't tell you how much pressure is off you when you know you've got someone like Lindsey in the gate after you. When you can ride like that and you don't have to worry about stuff, you see your best come out.
"I was proud to be able to show everyone I was worth.
"I knew if I messed up she could cover for me, but I wanted to prove to everyone what I wanted to prove two days ago -- and I did that today.
"We are looking younger than everybody."

Jacobellis, 36, and her 40-year-old partner, Nick Baumgartner, won the mixed team snowboard cross event on Saturday. This is the Olympic debut for this event.

In this team event, the men run first, followed by the women.

In the final, Baumgartner gave the US a 0.04-second lead for Jacobellis, who then edged Italy’s Michela Moioli at the finish line for the win.

In a move that recalled the 2006 Winter Games, Jacobellis grabbed her board on a jump at the end of the race.

In Italy 16 years ago, Jacobellis infamously grabbed her board during a jump while she was in the lead and then fell, instead winning silver. An Olympic gold had eluded Jacobellis – until Beijing 2022.

A second Italian team, made up of Lorenzo Sommariva and Caterina Carpano, finished fourth.

"U.S. Ski & Snowboard has been made aware of the recent allegations," the organization said in a statement to CNN. "We take these allegations very seriously and the allegations are being investigated."

The allegations were brought to the surface by Instagram posts made by former athlete former athlete Callan Chythlook-Sifsof, a member of the 2010 US Olympic snowboard team.

In a series of Instagram posts, 32-year-old Chythlook-Sifsof accused Foley of taking "naked photos of female athletes for over a decade."

Chythlook-Sifsof reposted the allegations to her page and her story after Instagram removed them for violating "our guidelines on nudity or sexual activity" and "bullying."

What Foley says: Foley has served as a head coach of the US snowboard team since it was founded in 1994. He has denied the accusations and told Newsweek he was "surprised by them."

The allegations: In one post, Chythlook-Sifsof began by saying: "I cannot watch another Olympic Games without saying this publicly."

She went on to say that during a race in in Lake Louise, Alberta, Canada, in 2014, Foley made an explicit comment to her and a female teammate about sexual acts with another woman.

In the same post, she said Kearney used the n-word routinely to "intentionally to get under my skin."

In an email to USA Today, Kearney said, "I made a mistake years ago with my words and appropriate action was taken. I learned from my mistake and I’m a better person now for it.”

US Ski & Snowboard spokesperson Tom Horrocks did not respond to questions asking whether Foley, who is currently in Beijing, will continue to coach throughout the Olympics, and would not comment further at this time.

The US Center for SafeSport told CNN that they do not comment on "matters to protect the integrity of the investigative process."

CNN has reached out to Chythlook-Sifsof, Foley, and Kearney for additional comment, but did not immediately hear back.