Day 7 of the 2022 Beijing Winter Olympics

Our live coverage has ended. Here's more of our stories on the Games.

After the event, Niskanen made clear that he has been waiting for this opportunity for the past eight years.

"I was fourth, 0.2 seconds behind the medal in Sochi (2014), at this distance, and it's been a long eight years to wait for this race again in the Olympic program.

"Now I managed to win it. I have been focusing on it all the time. This is a really big victory for me."

This is the third Olympic gold medal for the 30-year-old Finnish skier and another win in the bag for the Niskanen family, as his elder sister, Kerttu Niskanen, won the silver medal for the women’s 10km classic event on Thursday.

Athletes ski in a motion that is similar to skating. They perform technically challenging moves during their runs and are scored on different aspects of their performance, depending on the competition they're participating in.

In the aerials events, slopestyle, moguls and halfpipe, judges score competitors based on the finesse of their tricks and the form of their runs.

However, athletes in the big air are judged by the distance and height of their jumps. As for the ski cross, the competition is a timed event — so the athlete who traverses the finish line first takes gold.

Freestyle skiing made its debut as a demonstration sport at the Winter Games in 1988 in Calgary, Canada, and was given medal status at the 1992 Winter Olympics in Albertville, France.

Eileen Gu, who elected to represent her mother's native China over the USA, has been the poster child for these Games and was arguably the biggest name participating in freestyle skiing.

Competing under immense pressure, the 18-year-old wasn't fazed in the slightest and won gold in the women's big air final to delight of the home fans at Beijing 2022.

Gu's victory was so popular in China that fans temporarily crashed the country's leading social media platform, as tens of millions rushed online to celebrate the teenage sensation winning her first gold medal.

Sweden's Nils van der Poel smashed his own world record in the men’s 10,000m speedskating event to secure his second gold medal of the Beijing Olympics on Friday.

Van der Poel’s time of 12:30.74, was over two seconds faster than the previous mark he set last February at the World Championships in the Netherlands.

After the race, van Der Poel said, "Going in, I thought I should be set to beat second. I was sticking to going after that. Technically, I didn’t have my best race, but physically, I am in great shape.

"I didn’t want to risk going too hard too early. With five laps to go, I felt like the world record was in reach, so I just went for that.

"I am very satisfied. This was the main goal when I started three years ago. It turned out a lot better than I could have ever imagined."

With the victory, the Swede became the first men’s speed skater to win the 5,000m and the 10,000m events at the same Winter Games since Dutch speed skater Jochem Uytdehaage in 2002.

The gold medal is the fifth for Sweden, which now sits one behind Norway and Germany’s six on the Olympic medal table.

The World Anti-Doping Agency (WADA) announced Friday it will lodge an appeal to the Court of Arbitration for Sport (CAS) in relation to the Russian Anti-Doping Agency’s (RUSADA) decision to lift a provisional suspension on figure skater Kamila Valieva following a doping violation.

WADA did not name Valieva in their statement, instead referring to “a Russian Olympic Committee figure skater.”

Per WADA’s Anti-Doping Code, doping violations involving adult athletes carry a mandatory public disclosure. Minors involved in doping cases (anyone under the age of 18) are considered “protected persons,” meaning their identity doesn't have to be disclosed publicly.

WADA confirmed that a sample was collected in competition by RUSADA on December 25, 2021 before being transported to the WADA-accredited laboratory in Stockholm for analysis.

“On 7 February, the laboratory reported that the sample had returned an Adverse Analytical Finding for the non-specified prohibited substance, trimetazidine,” WADA said in a statement.

“Accordingly, the athlete was notified by RUSADA on 8 February and provisionally suspended, effective immediately.

“Following a hearing on 9 February, the RUSADA Disciplinary Committee decided to lift the athlete’s provisional suspension, allowing her to resume participation in the Games.

“Under the terms of the World Anti-Doping Code (Code), WADA has a right to appeal the decision to lift the provisional suspension before CAS and intends to do so on the grounds that the Code has not been correctly applied in this case,” the statement concluded.

Chen, who had been the favorite going into the event, became the first American since Evan Lysacek in 2010 to win a men's figure skating gold medal.

After collecting his medal, he told CNN Sport that the victory was "hard to put into words" and the culmination of years of hard work.

After clinching a bronze medal in the women's super-G on Friday, alpine skier Michelle Gisin revealed she had found an unlikely source of inspiration for her journey to the podium.

Last summer, the Swiss athlete — the Olympic combined champion from PyeongChang 2018 — had been hit hard by a bout of mononucleosis and began to fear her chances of participating at Beijing 2022 were over.

"I was struggling so hard, I almost couldn't make it up the stairs all day long," Gisin told the Beijing 2022 website. "I went downstairs once and then sat on the couch all day."

It was so hard, I couldn't do anything. I was in so much pain."

But it was during one of those days spent on the sofa watching the Tokyo 2020 Olympic Games that Gisin's outlook began to improve.

There were a number of athletes that she began to draw inspiration from, but there was one in particular who stood out: Italian swimmer Gregorio Paltrinieri.

"There was this Italian swimmer that also had mono a couple of months and weeks before and he got bronze in the 10km open water," Gisin said of Paltrinieri, who also won silver in the men's 800m freestyle in Tokyo.

"That was so amazing to see. It meant so much to me to see him compete because I was really deep, deep down in the hole and to see him achieve this gave me a lot of hope."

Italian Olympic skier Luca De Aliprandini, Gisin's boyfriend, got in touch with Paltrinieri and the swimmer was more than happy to offer his advice on coming back from mono.

"It's just way too beautiful that it all worked out," a delighted Gisin said.

Mascots are a huge part of any Olympic Games and Beijing 2022 appeared to have struck gold with its playful panda design.

Fans were loving the character known as Bing Dwen Dwen as it danced around venues and appeared on posters across the world.

But Bing Dwen Dwen supporters got quite the shock after hearing it speak with a deep male voice on a program aired Tuesday by state broadcaster CCTV.

"I have been hurt... when I opened (the online shopping platform) Taobao and wanted to buy a Bing Dwen Dwen key ring, I would think of the voice of a middle-aged man," one social media user wrote.

"I don't want to hear the 'uncle' voice of the Bing Dwen Dwen. It's just a little cute panda," said another.

Olympic mascots are not meant to talk under International Olympic Committee (IOC) guidelines in order to maintain a gender neutral status and, after the latest backlash, you can understand why...

Read more about the Bing Dwen Dwen drama below: 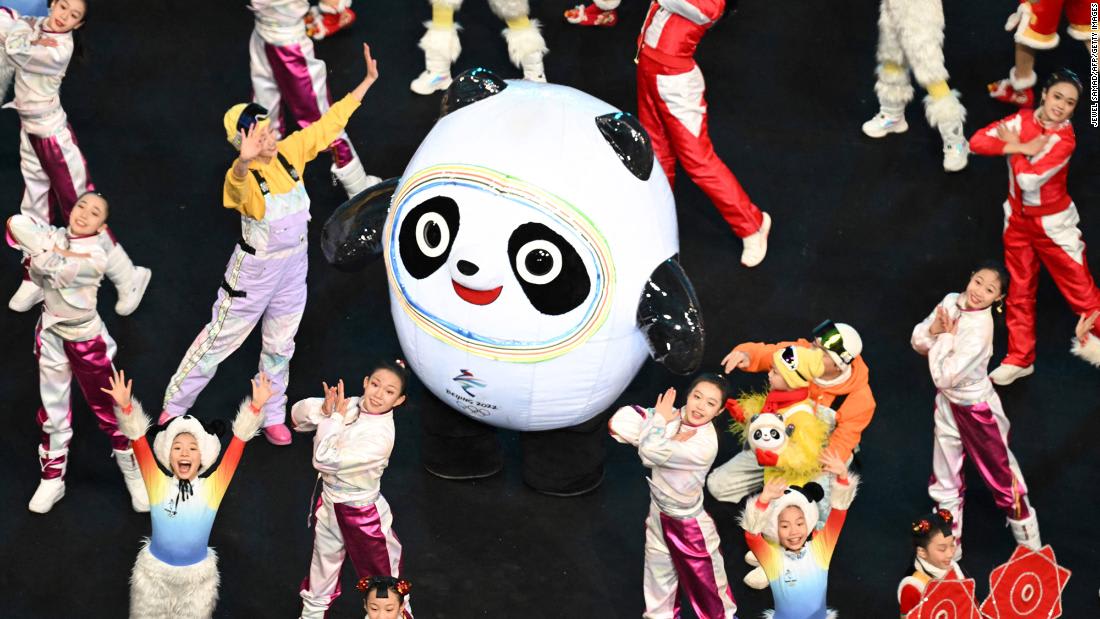 Shaun White ended his stellar Olympic career with a fourth-placed finish in the men's snowboard halfpipe final on Friday.

The American snowboarding icon has been the face of the sport since 2006 when he won gold in his Olympic debut but decided to call it a day after struggling with injuries in recent years.

The 35-year-old fell on his final Olympic run, adding afterward that he was having difficulty with his back leg.

Despite not managing to make the podium at Beijing 2022, White can look back on an illustrious career full of flair, success and emotion.

Take a look at White's career in pictures below: 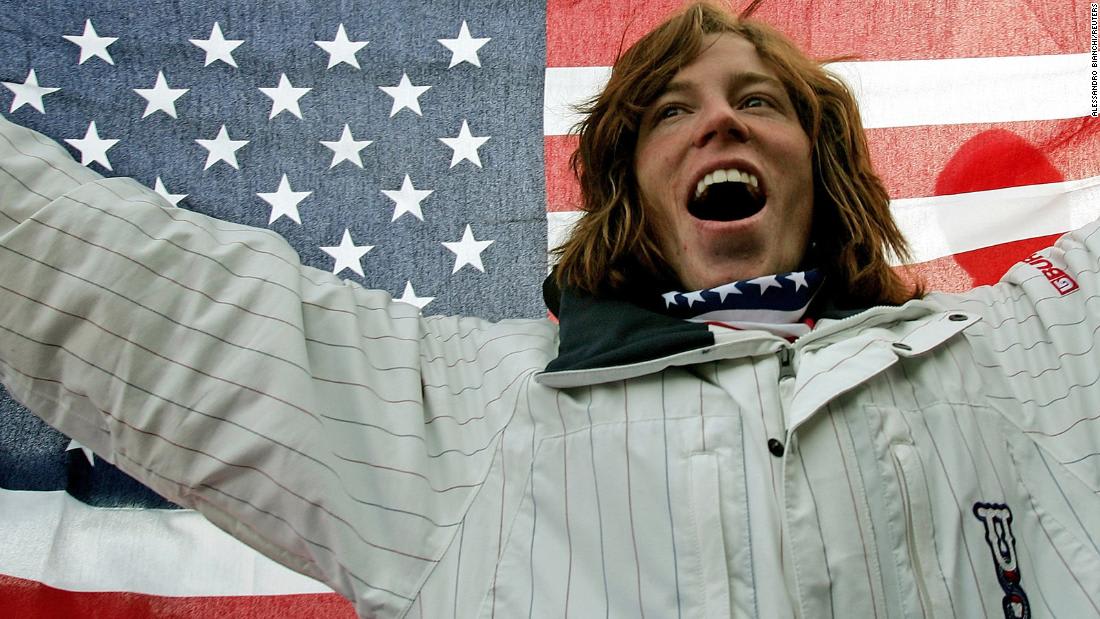 There's still plenty of action remaining on Day 7 of the Winter Olympics, with multiple gold medals up for grabs.