Our live coverage of the situation in Afghanistan has moved here.

Commercial flights out of Hamid Karzai International Airport have been canceled, according to the Afghanistan Civil Aviation Authority.

The civilian side of the airport is closed, according to a notice to airmen.

The US Embassy in Afghanistan warned people against traveling to the Kabul airport unless they receive explicit instructions to do.

Large crowds of people have been seen at entrance to Hamid Karzai International Airport and also inside the airport on attempting to board aircraft in chaotic scenes late Sunday and Monday morning.

Six thousand US troops earmarked for security duty in Kabul have been tasked with securing the entire perimeter of the airport, a defense official said Sunday.

Footage from the airport showed chaotic scenes of crowds running in an apparent attempt to catch a flight. Another video showed people climbing up the gangplank, trying to board a large jet.

Hundreds of people continued to flood the tarmac at Hamid Karzai International Airport on Monday morning, with little control over crowds who can be seen approaching planes.

The Taliban's takeover of Afghanistan will pose major hurdles for women's education in the country, and activists must continue to push the militant group to guarantee the rights of women and girls, said activist Pashtana Durrani.

When the Taliban ruled Afghanistan in the 1990s, women were barred from receiving a formal education under the group's fundamentalist interpretation of Islamic law.

Many fear that women's rights could be heavily curtailed once again in a Taliban-controlled Afghanistan.

Durrani said the Taliban must accept that general education for girls and women matters, that women must continue to have access to high school and a university education.

"We have to push for those," she said.

Though Durrani said she is not afraid and knows her rights, she said the return of the Taliban is cause for alarm.

"My eyes are swollen from tears," she said. "I don't have any more tears left in me."

South Korea temporarily closed its embassy and evacuated most of its staff from Kabul to another country in the Middle East, the South Korean Ministry of Foreign Affairs said in a statement on Sunday.

South Korea's ambassador and a few embassy staff members are still in Afghanistan, as is one South Korean civilian, the ministry said. Seoul is coordinating with its allies, including the United States, to evacuate one remaining civilian.

President Moon Jae-in issued an order on Monday to safely evacuate the diplomatic staff and Korean citizens "to the last person," according to his office.

"We are gravely concerned by the advance of the Taliban and the threat that poses to those attempting to get out, including foreign nationals," Ardern said.

She said that New Zealand will assist in evacuating other nationals if there are "reasonable grounds to believe that the safety or well-being of the individual, or their immediate family has been put at risk from near association with New Zealand in Afghanistan."

At least three airlines are either suspending flights or rerouting them to avoid Afghanistan airspace after the country's government fell to the Taliban.

United Airlines said in a statement would reroute flights around Afghanistan and would "continue to work closely with the FAA and IATA to evaluate the situation." The US-based carrier's flights to India will be affected.

Emirates said on its website it had suspended flights to and from Kabul, the capital of Afghanistan, due to the “developing situation."

A media spokesperson for FlyDubai told CNN it too has suspended operations to Kabul and continues to monitor the situation.

CNN has reached out to Virgin Atlantic, British Airways and Qatar Airways for their flight plans but has not yet received any responses.

An Air India spokesperson told CNN the airline is “monitoring the situation closely” and trying to operate scheduled flights to and from Afghanistan if the situation permits.

Senior US Senate staffers were working with Pentagon officials Sunday night to help Afghan pilots who had fled the country and landed in Uzbekistan, where US officials feared they could be turned over to the Taliban, according to a US Senate source.

Senate staffers were also trying to deal with State Department officials, who are already overwhelmed with the deteriorating security situation in Afghanistan, the source said.

With Taliban taking control of Afghanistan, more than a dozen Afghan pilots have fled the country on aircraft. The countries that border Afghanistan are grappling with the Taliban takeover and must decide how to deal with Afghans fleeing into their countries.

CNN obtained documentation showing identification of the pilots, whom the US is seeking to protect, but is not sharing the information publicly.

What Uzbekistan is saying: Uzbekistan said it detained 84 people from the Afghan Armed Forces at the two countries' shared border Saturday.

The group of Afghan military personnel did not resist when they were detained by Uzbekistan's State Security Service, according to a statement from the Uzbek Foreign Ministry published Monday. They asked for help and medical assistance for three people that were wounded.

"The necessary screening procedures and sanitary and epidemiological measures were carried out with these Afghan citizens, medical assistance was provided to some, food and their temporary accommodation were organized as well," the Uzbek Foreign Ministry statement read.

The ministry said that there was "a growing presence" of Afghan military forces seen on the Afghan side of the Termez-Hairaton bridge, which connects the town of Hairatan in the northern Balkh province of Afghanistan with Termez in the Surxondaryo region of Uzbekistan.

"Measures are being taken to provide humanitarian assistance to these persons," the ministry said.

The ministry said it was negotiating with Afghan officials on the return of its citizens, though it did not specify if conversations were being held with the Taliban or the Afghan government that has just collapsed.

All personnel have evacuated from the US Embassy in Kabul and are now at the Kabul airport, the State Department said Sunday night.

“We can confirm that the safe evacuation of all Embassy personnel is now complete. All Embassy personnel are located on the premises of Hamid Karzai International Airport, whose perimeter is secured by the US Military,” State Department spokesperson Ned Price said in a statement.

President Biden is expected to address the nation in the next few days about the crisis in Afghanistan, according to a senior administration official.

One option under discussion is to have Biden return to the White House, though the official cautioned that they had not completely ruled out making the remarks from Camp David.

Earlier today, CNN's Jeff Zeleny reported that while Biden can receive the same level of briefings from Camp David, as he has been doing throughout the weekend, officials are aware of the optics of the President being out of town during this perilous moment.

Several administration officials have also been on vacation, but began returning to work remotely Sunday or in the West Wing.

Mizgon Darby was an 18-year-old college freshman when she started a journal 20 years ago giving a voice to the growing numbers of Afghans living in the United States.

"There was a sense of hope, of wanting to help, and wanting to do more and do better and go back to the country, and this sentiment of belonging and being both Afghan and American," said Darby, now 38 and the executive director of an educational program in the San Francisco Bay area.

But that sense of rebuilding their fractured country is rapidly fading as provincial capital after provincial capital in Afghanistan fell to the Taliban decades after their regime collapsed at the hands of the US military and Afghan opponents.

"It's the complete reverse now," Darby said. "The Afghanistan that those in the diaspora, especially those in Fremont, had hoped for is no longer."

The San Francisco Bay Area is home to about 60,000 Afghan immigrants, the largest concentration in the cities of Hayward and Fremont, where the climate, the surrounding mountains and a strip of small businesses and Afghan social organizations known as Little Kabul reminds them of their native land.

"They're very mad. They are confused. They're mad not only at the United States but also at the Afghans themselves, those leaders who are sitting in the government with the power and are still talking about 'we're going to fight' and every day you see the Taliban coming."

Read the full story below: 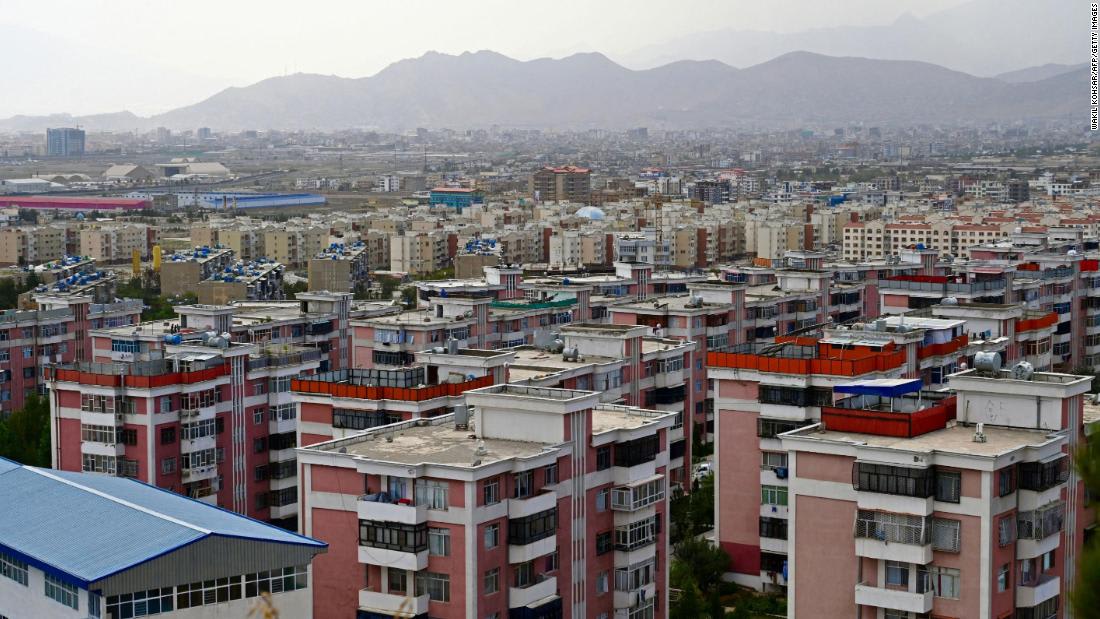 In the largest Afghan enclave in the US, frustration, heartbreak and 'a sense of mourning'