Our live coverage of Afghanistan has moved here.

Secretary of Defense Lloyd Austin spoke with several foreign leaders by phone Tuesday to thank them for their help in the US military’s withdrawal of troops and evacuation of at-risk Afghans and other civilians from Afghanistan.

Numerous Republicans, including Sen. Ted Cruz and Rep. Dan Crenshaw of Texas, promoted a false claim on Monday and Tuesday that the Taliban had just executed a man by hanging him from a helicopter.

Cruz and Crenshaw, among other conservatives, shared a video that had been tweeted by a self-described "comedian" who goes by the Twitter handle @Holbornlolz. The video, which was somewhat blurry, showed a man dangling from a rope attached to a helicopter. The "comedian" inaccurately captioned the video: "Taliban hanging someone from a helicopter in Kandahar."

Facts First: Nobody was executed on the Kandahar helicopter flight depicted in the viral videos. Other footage shows that the man dangling from the helicopter was wearing a harness around his body, not a noose around his neck, and that he was moving freely -- even appearing to wave.

CNN could not immediately confirm what exactly the man in the harness was doing. But Bilal Sarwary, an Afghan journalist who fled the country in the evacuation of late August, tweeted on Tuesday: "Afghan pilot flying this is someone I have known over the years. He was trained in the US and UAE, he confirmed to me that he flew the Blackhawk helicopter. Taliban fighter seen here was trying to install Taliban flag from air but it didn't work in the end." 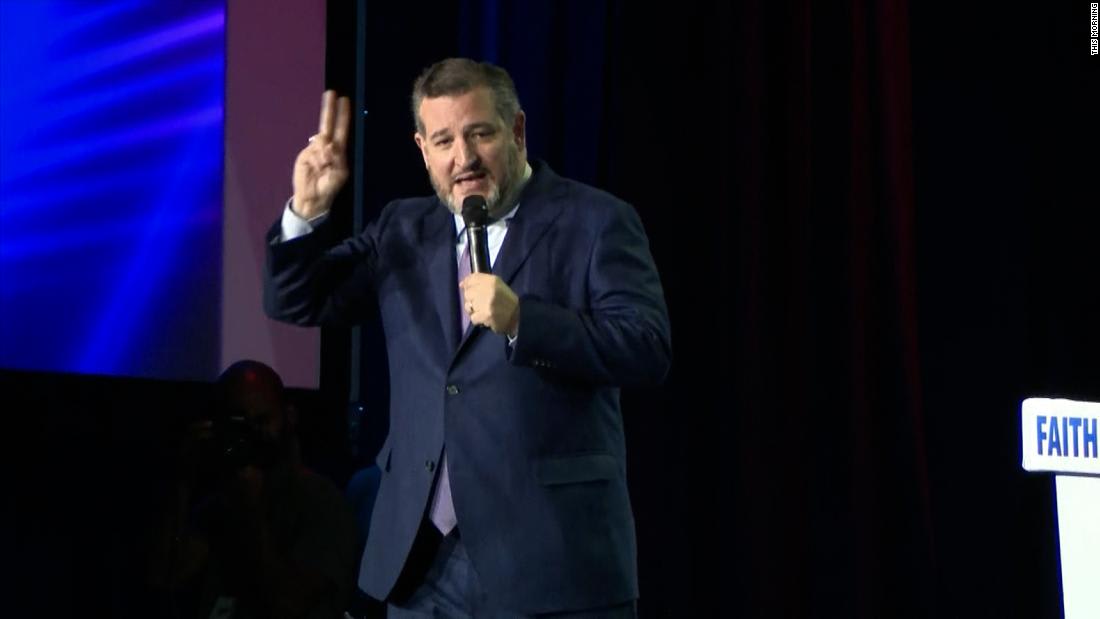 One San Diego family is still stranded in Afghanistan as school officials are “exploring strategies to rescue and bring them home,” according to a statement from the Cajon Valley Union School District. The family has three students in the school district.

Four other families have been safely rescued and returned to their homes in El Cajon, according to the school district.

“We are grateful to Congressman [Darrell] Issa’s team and all those that have contributed to this mission thus far,” the district said in a statement.

More than 1,000 children who are either US citizens or the children of parents with Special Immigrants Visas are still trapped in Afghanistan, according to the school district.

The top US general spoke directly to troops who have served in Afghanistan, saying "to each of you, your service mattered," as he mourned the service members who were killed in the 20-year mission, including the 13 troops killed in last Thursday's bombing.

Joint Chiefs Chairman Gen. Mark Milley and Senior Enlisted Advisor to the Chairman Ramon Colon-Lopez told service members in a letter written to the military Tuesday that "you can hold your head high that we prevented an attack on the United States homeland."

Earlier Tuesday, President Biden remarked that 800,000 Americans have served in Afghanistan during two decades of fighting. During that time, 2,641 US troops lost their lives, while 20,744 were injured in combat.

One day after the withdrawal of the last US forces from Afghanistan, Milley wrote, "11 Marines, a Soldier, and a Navy Corpsman paid the ultimate price to save over 124,000 people and gave them an opportunity to live in freedom."

"Your actions honor the sacrifice of our brothers and sisters in arms who lost their lives or were wounded in Afghanistan. Over the last two decades and the last 2 weeks, you embodied our American values of equality, liberty, and human dignity for all."

Asked about critical comments from some families of the 13 service members who died in Kabul last Thursday, press secretary Jen Psaki said President Biden’s message to all of the families is that he is “grateful to their sons and daughters, the sacrifice they made to the country.”

Psaki added that Biden would not “speak to” the private conversations between the families, but added that those families “of course have the right to convey whatever they would like.”

“He knows firsthand what it’s like to lose a child and the fact that no one can tell you anything, or say anything, or there’s no words that are going to fill that hole that is left by that,” Psaki said.

Psaki said that Biden was “deeply impacted” by the family members and that he talks about them “frequently in meetings.”

“That is not going to change their suffering but I wanted to convey that still,” Psaki added.

At least one of the family members of the 13 service members has criticized Biden publicly.

President Biden said the end of the war in Afghanistan marks the end of an era for the United States’ military efforts “to remake other countries.”

“We saw a mission of counterterrorism in Afghanistan, getting the terrorists and stopping attacks, morph into a counterinsurgency, nation-building, trying to create a democratic, cohesive, and united Afghanistan, something that has never been done over many centuries of Afghanistan’s history. Moving on from that mindset and those kind of large-scale troop deployments will make us stronger and more effective and safer at home,” he added.

The President also said he refuses to send another generation of young men and women “to fight a war that should have ended long ago.”

“It was time to be honest with the American people again. We no longer had a clear purpose in an open-ended mission in Afghanistan,” Biden said.

President Biden defended his decision to withdraw troops from Afghanistan during remarks from the White House, stating that he refused to start another "decade of warfare."

"My fellow Americans, the war in Afghanistan is now over. I am the fourth president that must face the issue of whether to end this war. When I was running for president, I made a commitment to the American people that I would end this war. Today, I've honored that commitment. It was time to be honest with the American people again. We no longer had a clear purpose in an open ended mission in Afghanistan. After 20 years of war in Afghanistan, I refuse to send another generation of America's sons and daughters to fight a war that should've ended long ago," he said.

Biden continued to address the estimated $2 trillion cost of the war and how the money spent may have hindered American national interests over the years.

"What have we lost as a consequence in terms of opportunities? I refuse to continue a war that was no longer in the service of the vital national interest of our people," he said.

Biden also addressed the human cost that Americans suffered during the 20 years spent in Afghanistan.

"And most of all, after 800,000 Americans serving in Afghanistan ... After 20,744 American servicemen and women injured, and the loss of 2,461 American personnel, including 13 lives lost just this week, I refuse to open another decade of warfare in Afghanistan," Biden said.

"We've been a nation too long at war. If you're 20 years old today, you've never known an America at peace. So when I hear that we could have, should've continued this so-called low-grade effort in Afghanistan, at low risk to our service members, at low cost, I don't think enough people understand how much we have asked of the 1% of this country who put that uniform on, willing to put their lives on the line in defense of our nation," the President said.

President Biden vowed to continue to go after terrorism around the globe, saying Tuesday the United States will “go after terror where it is today, not where it was two decades ago.”

“To ISIS-K we are not done with you yet,” Biden said, vowing a “tough, unforgiving, targeted, precise strategy” for last Thursday’s attack that killed 13 US service members.

Biden also said that the terror threat has metastasized from Afghanistan to around the globe, adding, “the threat from terrorism continues, but it’s changed. Our strategy needs to change too.”

The President also acknowledged the new challenges around the globe include those presented by China and Russia saying there’s nothing the two nations “would rather have and want more in this competition than for the United States to be bogged down another decade in Afghanistan."

In remarks following the end of the United States' war in Afghanistan, President Biden referenced the American lives lost during the conflict's final days.

"Twenty service members were wounded in the service of this mission. Thirteen heroes gave their lives," said Biden, speaking live from the White House.

Noting that the success of America's withdrawal from Afghanistan "was due to the incredible skill, bravery, and selfless courage" of the US military and diplomats, Biden promised that the 13 fallen service members who perished as part of the operation would not be forgotten.

"We owe them and their families a debt of gratitude we can never repay, but we should never, ever, ever forget," Biden said.

Knowing that ISIS-K terrorists were "lurking" amid the crowds at the airport in Kabul, Biden said American service members performed their duty despite a dangerous and ultimately deadly environment.

"Risking their lives, not for professional gains but to serve others," Biden said of America's military, noting that the work of evacuating Americans and Afghan partners was not "a mission of war" but rather "a mission of mercy."

"Our operation 'Allied Rescue' ended up getting more than 5,500 Americans out," Biden stated, adding that "we got thousands of Afghan translators and interpreters and others who supported the United States out as well."