Our live coverage of Afghanistan has moved here.

Taliban spokesman Zabihullah Mujahid on Tuesday congratulated the people of Afghanistan following the complete withdrawal of US forces from the country.

Speaking from the runway of Kabul airport just hours after the last American troops had flown out, Mujahid told a small crowd of people that "this victory belongs to us all."

"We want to have good relations with the US and the world," said Mujahid, who appeared beside heavily armed fighters from the Taliban's special forces brigade. "We hope that Afghanistan is never occupied again, and this country stays prosperous, free, home for all Afghans and governed by the Islamic rule."

Mujahid specifically congratulated a group of fighters beside him, telling them he hoped Taliban combatants would now "treat the people nicely."

"This nation has the right to live in peace, the right to prosperity, and we are the servants of the nation not, God forbid, that we are dominant over the nation," he said. "I am praising your sacrifices; I thank you and I congratulate you."

America's chaotic, humiliating — yet, at times, heroic — final retreat from its defeat in Afghanistan will resonate for years after the last military jet lifted off from Kabul at 11:59 p.m. local time on Monday, ending the country's longest war.

The departing troops left somewhere between 100 and 250 Americans, tens of thousands of Afghans entitled to protection from former US comrades and an entire nation to their fates under fundamentalist Taliban rule — along with an even more extreme faction of ISIS.

For them, the "forever war" is far from over.

But any sense that the US is free of consequences of a war in which it bled for 20 years is belied by the history of a country that exacts a fierce price from its former occupiers. And the trauma of the two weeks since the fall of Kabul have already left an indelible mark on Joe Biden's presidency, Washington's bitter politics and the reputation of America among its disappointed allies. 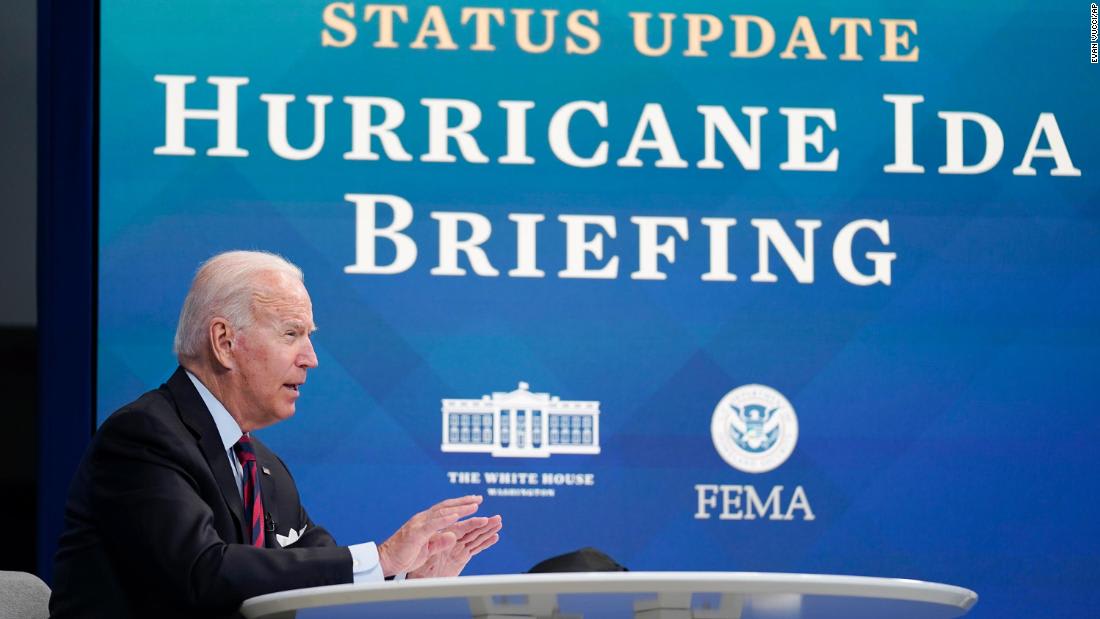 Analysis: America's Afghan war is over but the battle for Biden's legacy is only just beginning

Abdul Rashid Shirzad was quiet and nervous on the taxi ride with his family to the Kabul airport, the last American-controlled enclave in the Afghan capital.

"We hope to make it, and survive," Shirzad, 34, a former interpreter for United States Special Forces, said in a video filmed as they drove through Taliban checkpoints on August 20. "It's too tough to live here. We live in fear every day."

The hot air was filled with the blaring horns of cars and motorbikes, as thousands of people crammed around the airport's perimeter. Aircraft arrived and took off in the distance as desperate Afghans tried scaling the airport walls, hoping to get on an evacuation flight.

This was Shirzad's second attempt at reaching the airport, after failing just days earlier due to the dense crowds. He knew it was dangerous to try again, especially with his wife and three young children in tow, but he believed staying in Afghanistan would have been a death sentence — possibly for the whole family.

As the crowds pushed forward, they became caught in the pandemonium. Shirzad hurt his leg jumping over the wall. His 8-year-old son was nearly trampled. Soon after, his 2-year-old son became sick with diarrhea.

They made it out of the mayhem in one piece, but their hopes of escape were once again dashed.

They returned home, not knowing which day might be their last.

As an interpreter for US forces for five years, Shirzad had faced enemy militants on battlefields alongside US soldiers. But now, that role was a target on his back. Though the Taliban said they would not harm those who worked with foreign forces, revenge attacks have been reported; one interpreter was dragged out of his car and beheaded by Taliban militants in May, according to witnesses.

Aside from his work as an interpreter, Shirzad is also part of the persecuted Hazara ethnic minority group, and has spoken to several Western news organizations including CNN — making him even more vulnerable. 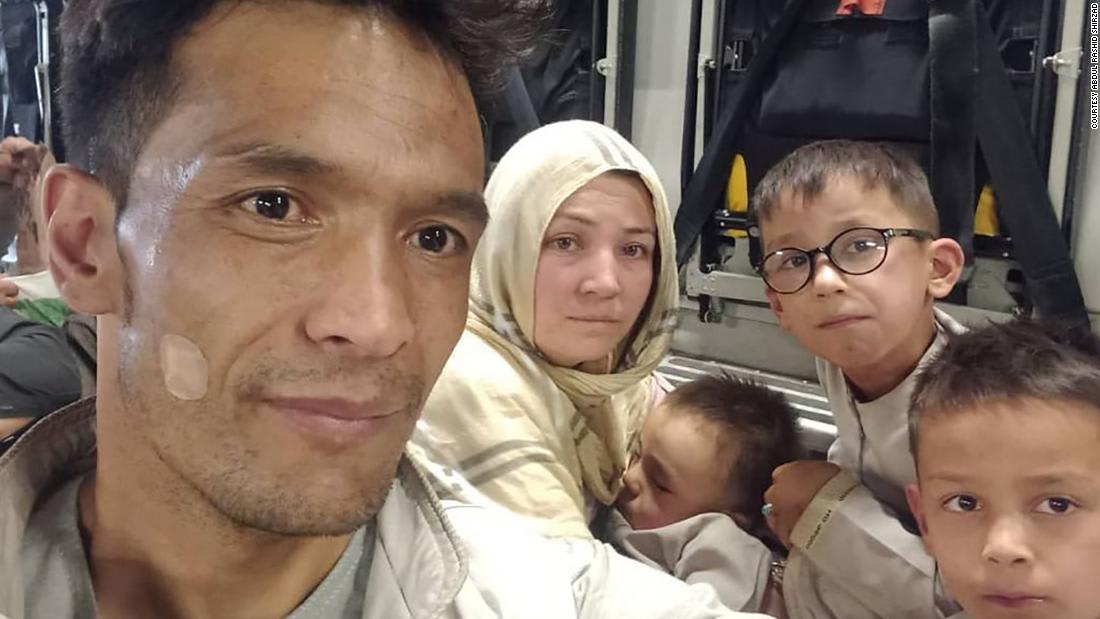 US President Joe Biden will address the nation on the end of the war in Afghanistan from the State Dining Room on Tuesday afternoon.

On Monday, Biden thanked the final US forces serving in Afghanistan for executing the “dangerous retrograde from Afghanistan as scheduled,” with no further loss of American lives, in a statement released Monday evening, making the end of the United States’ longest war.

“The past 17 days have seen our troops execute the largest airlift in US history, evacuating over 120,000 US citizens, citizens of our allies, and Afghan allies of the United States. They have done it with unmatched courage, professionalism, and resolve,” the President wrote in the statement released Monday.
“Now, our 20-year military presence in Afghanistan has ended.”

The last US military planes left Afghanistan, Gen. Kenneth "Frank" McKenzie, the commander of US Central Command, announced Monday at the Pentagon. The US departure marked the end of a fraught, chaotic and bloody exit from the United States' longest war.

"I'm here to announce the completion of our withdrawal from Afghanistan, and the end of the military mission to evacuate American citizens, third country nationals, and vulnerable Afghans," McKenzie told reporters. "The last C-17 lifted off from Hamid Karzai International Airport on August 30th, this afternoon, at 3:29 p.m. East Coast time, and the last manned aircraft is now clearing the airspace above Afghanistan."

"There's a lot of heartbreak associated with this departure," McKenzie said. "We did not get everybody out that we wanted to get out."

President Joe Biden weighed in with a statement later on Monday and thanked the final US forces serving in Afghanistan for executing the "dangerous retrograde from Afghanistan as scheduled," with no further loss of American lives.

As of Monday, more than 122,000 people in total had been airlifted from Hamid Karzai International Airport since July, Pentagon spokesman John Kirby told reporters Monday morning.

Since August 14, the Pentagon deployed US Special Operations Forces to bring in 1,064 US citizens and 2,017 at risk Afghans or Special Immigrant Visa applicants, McKenzie said. "We have evacuated more than 6,000 US civilians, which we believe represents the vast majority of those who wanted to leave at this time," he said.

There were no US citizens on the last five flights out of Kabul, McKenzie said, and no evacuees left at the airport when the last two US officials — Gen. Christopher Donohue and the embassy's chargé d'affaires Ross Wilson — stepped off Afghan soil and onto the final US aircraft leaving Afghanistan. 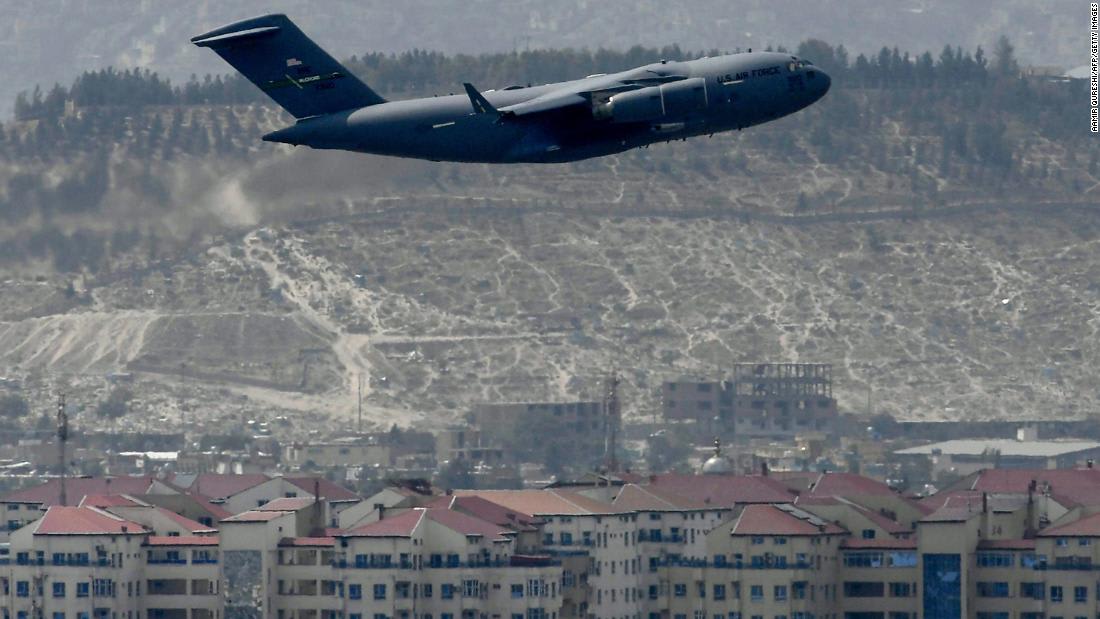 Following the complete withdrawal of US troops from Afghanistan, a video taken by Los Angeles Times correspondent Nabih Bulos showed a group of Taliban fighters entering a hangar at the Kabul airport early Tuesday local time.

The video shows the fighters examining the CH-46 Sea Knight helicopter commonly known as the “Phrog” parked inside the hangar.

Bulos — who is seen accompanying the Taliban fighters — posted the video on his verified Twitter account. The Taliban also posted video of what appeared to show its fighters celebrating at the airport.

It's unclear exactly how much US military equipment is in Taliban hands. Some of it was removed from the country and other items were disabled, Gen. Kenneth "Frank" McKenzie, Commander of US Central Command, told reporters during a briefing on Monday.

The Department of Defense has tweeted a picture of Maj. Gen. Chris Donahue, commander of the 82nd Airborne Division, boarding a C-17 to depart Kabul.

He was the last soldier to depart the country.

On Monday, Gen. Kenneth "Frank" McKenzie, the top general of US Central Command, told reporters that Donahue and the top US diplomat in Kabul, Charge d’Affaires Ross Wilson, were the last two US officials to step off of Afghanistan soil and onto a US military aircraft out of Afghanistan.

“On the last airplane out was Gen. Chris Donahue, commander of the 82nd airborne division and my grand force commander there, and he was accompanied by our charge Ambassador Ross Wilson, so they came out together,” McKenzie said.
“The state and defense team came out on the last aircraft and were in fact the last people to step on the ground, step on the airplane,” he added.

Four days after the Taliban's takeover of Afghanistan, 20-year-old YouTuber Najma Sadeqi sat on her bed and recorded a final video to tens of thousands of followers.

Usually, her posts would show her cooking or exploring Kabul alongside her friends, in bright clothes and with cheerful music playing in the background. But before Sadeqi even began speaking, the dispirited expression on her face told viewers that this one was different.

"Since we are not allowed to work and go out of our homes, we all had to record you a last video," she began. "And through this video say goodbye to you all."

She told viewers she was too scared to walk the street, and asked them to pray for her. "Life in Kabul has become very difficult, especially for those who used to be free and happy," she said. "I wish it is a bad dream, I wish we can wake up one day," she added, stopping at times to stifle tears. "But I know that it is not possible .... and it is a reality that we are finished."

Days later, Sadeqi was killed in a terror attack outside Kabul's international airport, two of her colleagues told CNN. At least 170 Afghans died in the atrocity, while trying desperately to flee the country.

Sadeqi was in the final year of study at a journalism institute in Kabul. She had recently joined the Afghan Insider YouTube channel, whose videos have amassed more than 24 million views. They gave weekly glimpses into the lives of young content creators, who had been raised amid the relative safety of a post-Taliban age. They also allowed Sadeqi and others to support their families, while following their own aspirations. 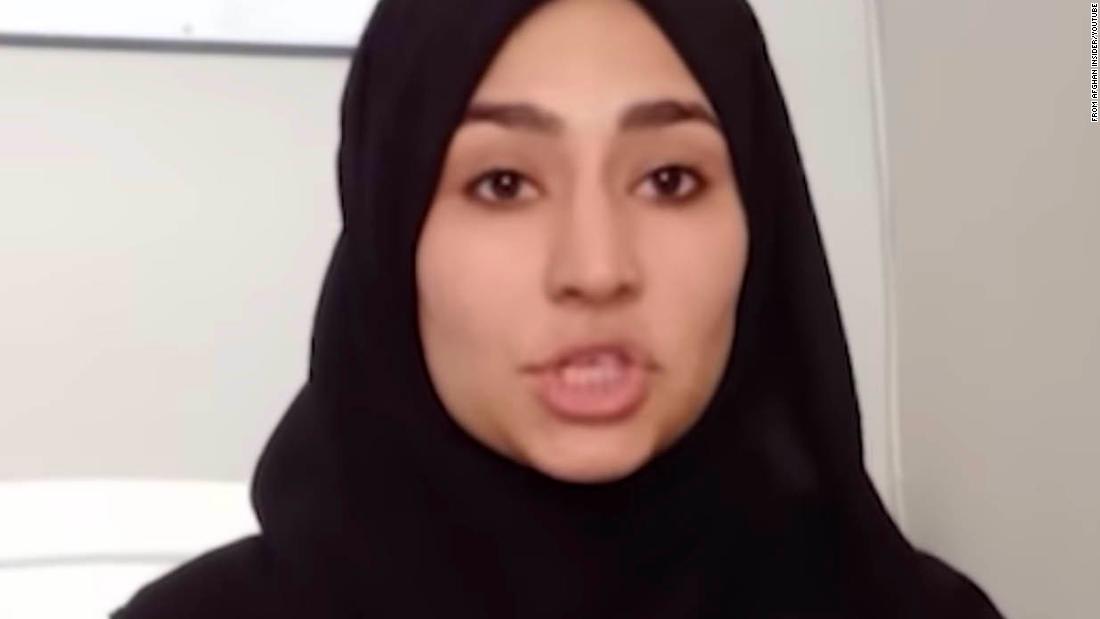 An Afghan YouTuber was killed at Kabul airport. Many more fear the worst.