The National Transportation Safety Board will be on the scene in Connecticut to investigate the crash over the next week, NTSB board member Jennifer Homendy said at a news conference tonight.

The NTSB also plans on issuing a preliminary report on the accident in about 10 days, she said. The NTSB will not provide a probable cause while conducting its investigation, Homendy said.

“We know that the crew circled back to Runway 6 and attempted to land on Runway 6,” she said. “They impacted the instrument landing system stanchions, the plane veered to the right, crossed over a grassy area, crossed over the taxiway and impacted a de-icing facility.”

Homendy also urged the public to contact the NTSB with information, videos and photos that might help with the investigation.

Ten people from the NTSB are in Connecticut, including a drone specialist who will help document the scene, she said. 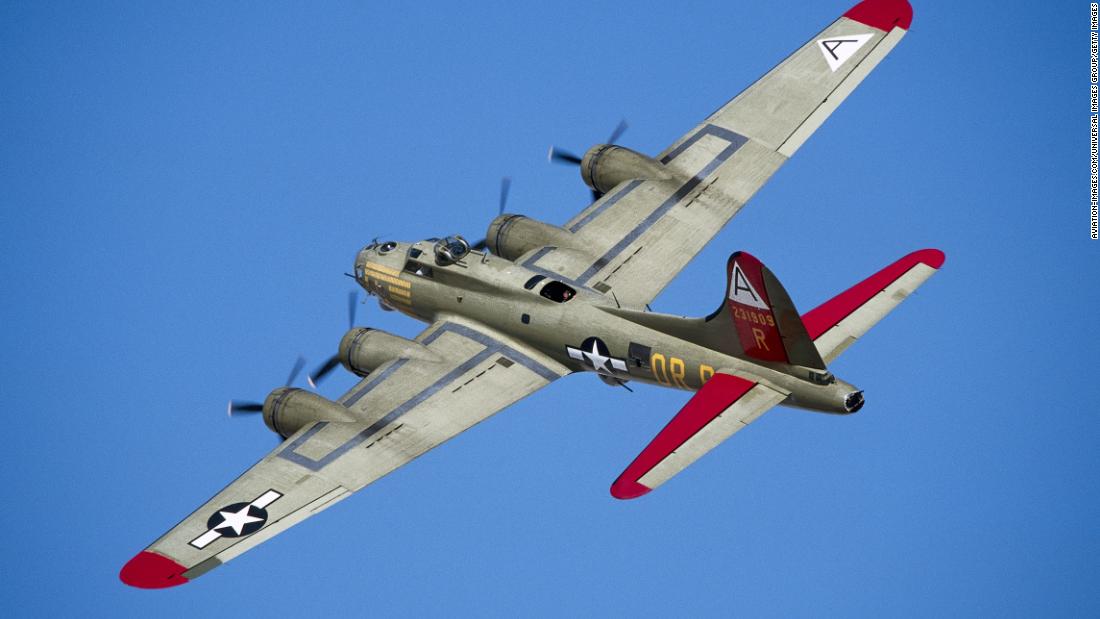 Thirteen people — 10 passengers and three crew members — were on board when a vintage Boeing B-17 crashed at the end of a runway, authorities said. Multiple people were killed and injured.

Here's what we know about the plane:

At least seven people are dead after World War II-era B-17 bomber crashed into an airport de-icing facility today while trying to land at Connecticut's Bradley International Airport, according to James Rovella, commissioner of the Department of Emergency Services and Public Protection.

Thirteen people — 10 passengers and three crew members — were on board when the vintage Boeing B-17 Flying Fortress crashed today at the end of a runway, authorities said.

Fourteen people were injured, including everyone on the plane and at least one person on the ground. It was not immediately clear whether those killed were on the plane or on the ground. At least five patients were taken to Hartford Hospital after the crash, Hartford HealthCare spokesman Shawn Mawhiney said.

The Connecticut Department of Public Health and Windsor, Connecticut, officials alerted residents today to potential discharge of firefighting foam into the Farmington River from the emergency response to the Bradley International Airport plane crash.

“The public is advised not to come into contact with foam they may encounter on the Farmington River or the river banks, as well as do not take or consume fish from the river,” according to a statement from the Connecticut Department of Public Health.

The advisory remains in place while officials evaluate the potential impact to the watershed, the statement said.

The Connecticut Department of Energy and Environmental Protection Emergency Spill Response (DEEP) staff are at the airport and surrounding areas, according to a statement from DEEP. It said contaminants released include aqueous film forming foam, glycol and fuel. It noted that emergency responders’ efforts “are focused on Rainbow Brook immediately adjacent to the airport.”

Two Connecticut firefighters were on board the vintage Boeing B-17 that crashed while attempting to land at Bradley International Airport Wednesday, according to an official with the Simsbury Fire Department.

Deputy Chief Kevin Kowalski would not provide the names of the firefighters or further details on their conditions.

Bradley International Airport has reopened, according to an official tweet from the airport.

The hospital, he said, activated their mass casualty plan, alerting everyone from the emergency room to blood banks, the pharmacy and the decontamination team because they “weren’t sure what the patients were exposed to.”

What we know: At least 14 people were injured in the crash at Bradley International Airport, according to Connecticut State Police Commissioner James Rovella. He confirmed that there were fatalities, but he didn't specify how many people died.

The B-17 crashed at 9:54 a.m. ET as it attempted to return after experiencing a problem in air. That's when it struck a de-icing facility, according to the executive director for the Connecticut Airport Authority.

Kevin Dillon, the executive director for the Connecticut Airport Authority, said the plane took off at Bradley International Airport around 9:45 a.m. ET. At 9:50 a.m., the aircraft indicated that it was experiencing a problem.

The aircraft was not gaining altitude, he said.

The plane tried return to the runway, and upon touchdown, it lost control and hit what’s known as the de-icing facility — tanks that contain de-icing fluid as well as maintenance facility associated with it.

Dillon said he expected the airport would reopen at 1:30 p.m.

Here's a look at the smoke from the crash:

There are fatalities after the plane crash at Bradley International Airport, but Connecticut State Police Commissioner James Rovella would not say how many.

At least 14 people were injured — 13 on the plane and one on the ground. The person on the ground was a civilian in the maintenance facility where the plane crashed.

There were 10 passengers on the plane and three crew members. Two of the three crew were operating the aircraft and one was an attendant.

Authorities are trying to reunite families with victims and working to determine the identities of the fatalities are.

State police tweeted that immediate family members looking for information can call them:

The plane that crashed in Bradley International Airport in Connecticut today was a restored WWII-era Boeing B-17, a heavy bomber plane used mostly in Germany and Western Europe. The B-17 is owned by the Collings Foundation, a non-profit foundation dedicated to preserving transportation-related history.

The Collings Foundation website said the B-17 was "made famous in its role in the Daylight Strategic Bombing Campaign of WWII and the post-war movies that made it an icon." The bomber is also called the "Flying Fortress".

The Collings Foundation's specific B-17 was used in the final scene of the 1965 movie "Thunderball." It's name is “Nine-O-Nine."

Although Nine-O-Nine was built too late for combat, it did serve as part of the Air/Sea 1st Rescue Squadron and later in the Military Air Transport Service, according to the Collings Foundation. It then underwent nuclear testing in 1952, and the plane later served as a fire bomber, dropping water and borate on forest fires.

It was sold in January 1986 to the Collings Foundation.

This was not the plane's first crash: in 1987 Collings' B-17 crashed during an air show in Western Pennsylvania, causing injuries but no fatalities.