Women and their allies turned out in cities across the country and marked the third consecutive year of women’s marches.

Not all of them operated under the flag of the main Women’s March in Washington D.C., thanks in part to accusations of bigotry in the organization’s leadership — accusations that were strongly denied.

But many demonstrators said they recognized that the movement was bigger than a few individual leaders, and focused their attention towards championing progressive policies and making certain their work was inclusive and represented all people.

Here’s what the marches looked like in different US cities.

Activists in New York City gathered around Central Park and Columbus Circle today for one of two marches in Manhattan.

Check out her footage: 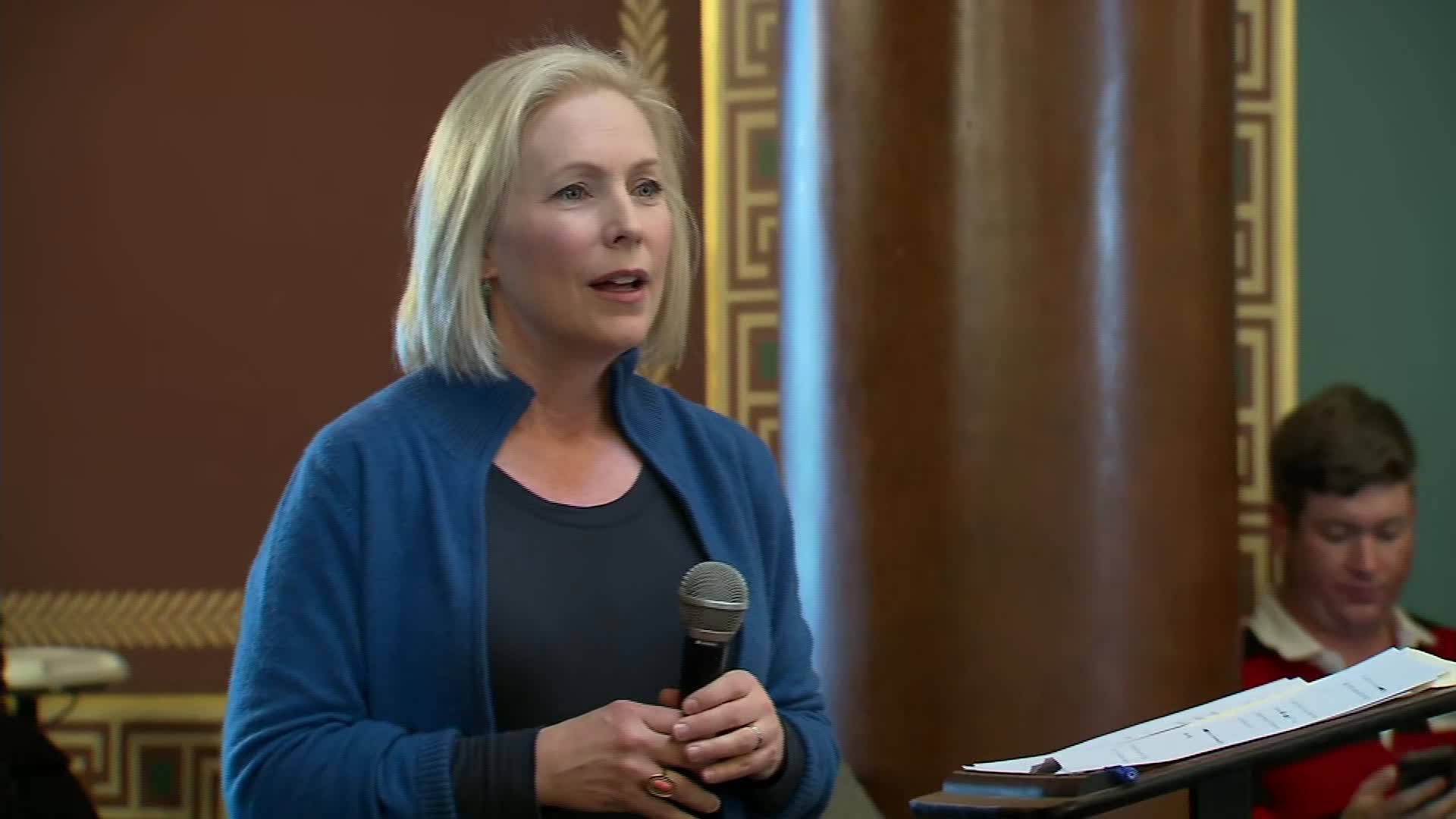 Democratic Sen. Kirsten Gillibrand condemned anti-Semitism at a women's march in Des Moines, Iowa, where she was campaigning for president.

"We know there is no room for anti-Semitism in our movement. We know this,” she told the crowd, huddled inside the Iowa State Capitol to escape the cold. “We know that our movement is empowered when all of us lift each other up.”

Gillibrand also said her vision for the country was anchored by confronting President Donald Trump and ensuring gender equality.

“The truth is, if we change who is at the decision-making table, you change everything,” Gillibrand said. “President Trump has chosen to divide this country, to spew hate, to divide us across every line, every racial line, every religious line, every cultural line he can find.”

The junior senator from New York jumped into the 2020 presidential race earlier this week, telling Stephen Colbert she was forming an exploratory committee. 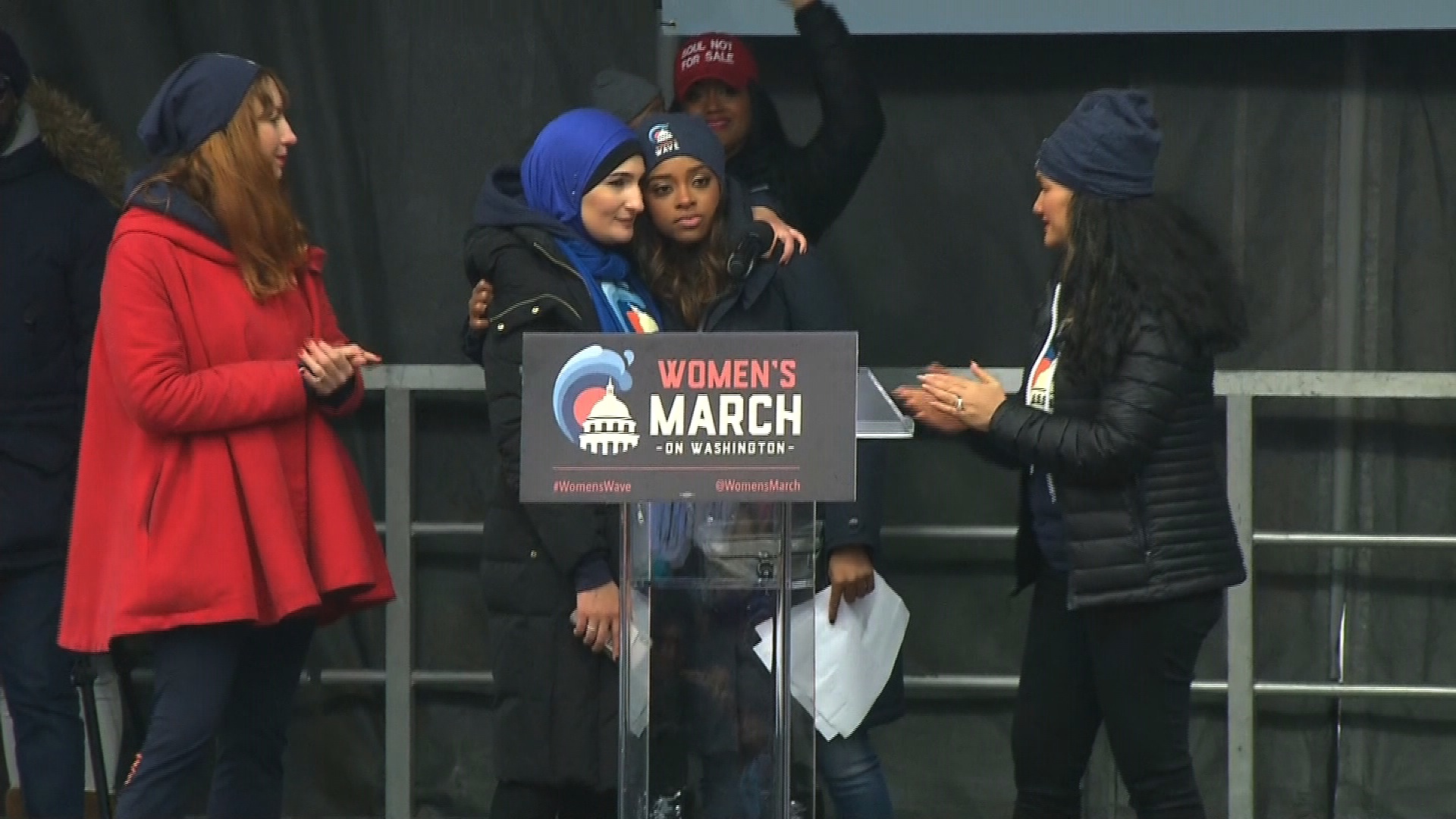 The Women's March leadership took the stage in Washington and tackled the elephant in the room: accusations of anti-Semitism in the movement.

"Over the last year, my sisters in Women's March and I have faced accusations that have hurt my soul," said board member Carmen Perez-Jordan. "Charges of anti-Semitism and neglecting our LGBTQIA family. And I want to be unequivocal in affirming that Women's March and I and my sisters condemn anti-Semitism and homophobia and transphobia in all forms."

Tamika Mallory, one of the movement's co-presidents, echoed those sentiments, saying, "To all my sisters, I see you."

About the controversy: Today's marches come as allegations of anti-Semitism against the leaders of the national Women's March Inc. and the main Washington march pushed some rally organizers in other cities to disassociate themselves from that group.

Days after the 2018 midterm elections, the original founder of the Women's March called for four leaders to step down for allegedly allowing bigotry into their mission.

The group has released numerous statements condemning anti-Semitism and vowing to learn from its missteps through trainings and discussions — pledges that people associated with the group say are underway. 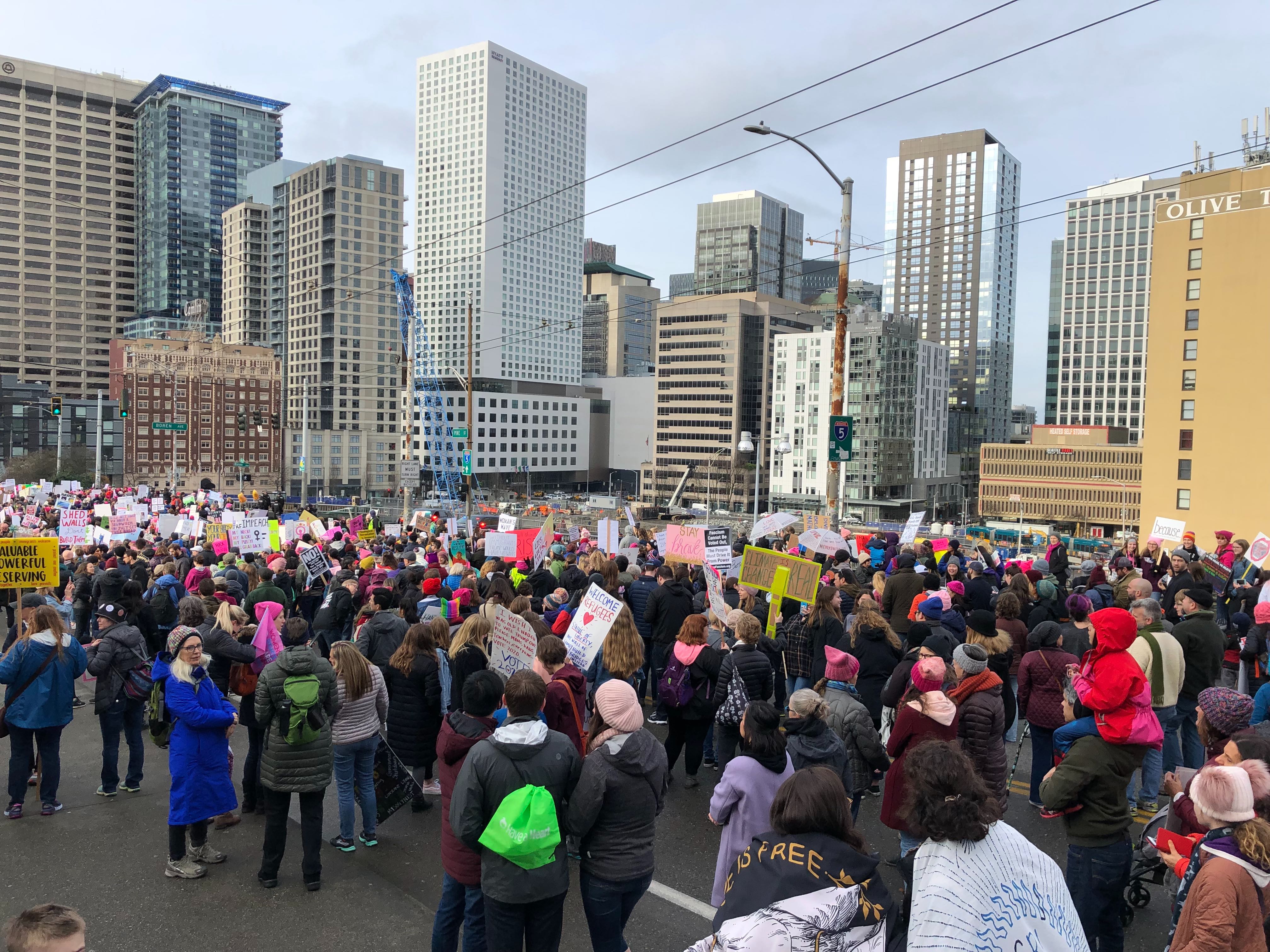 A women's march is underway in Seattle. Many of the protesters are carrying signs — here's a look at some of the ones CNN spotted.

"Ugh, where do I even start" 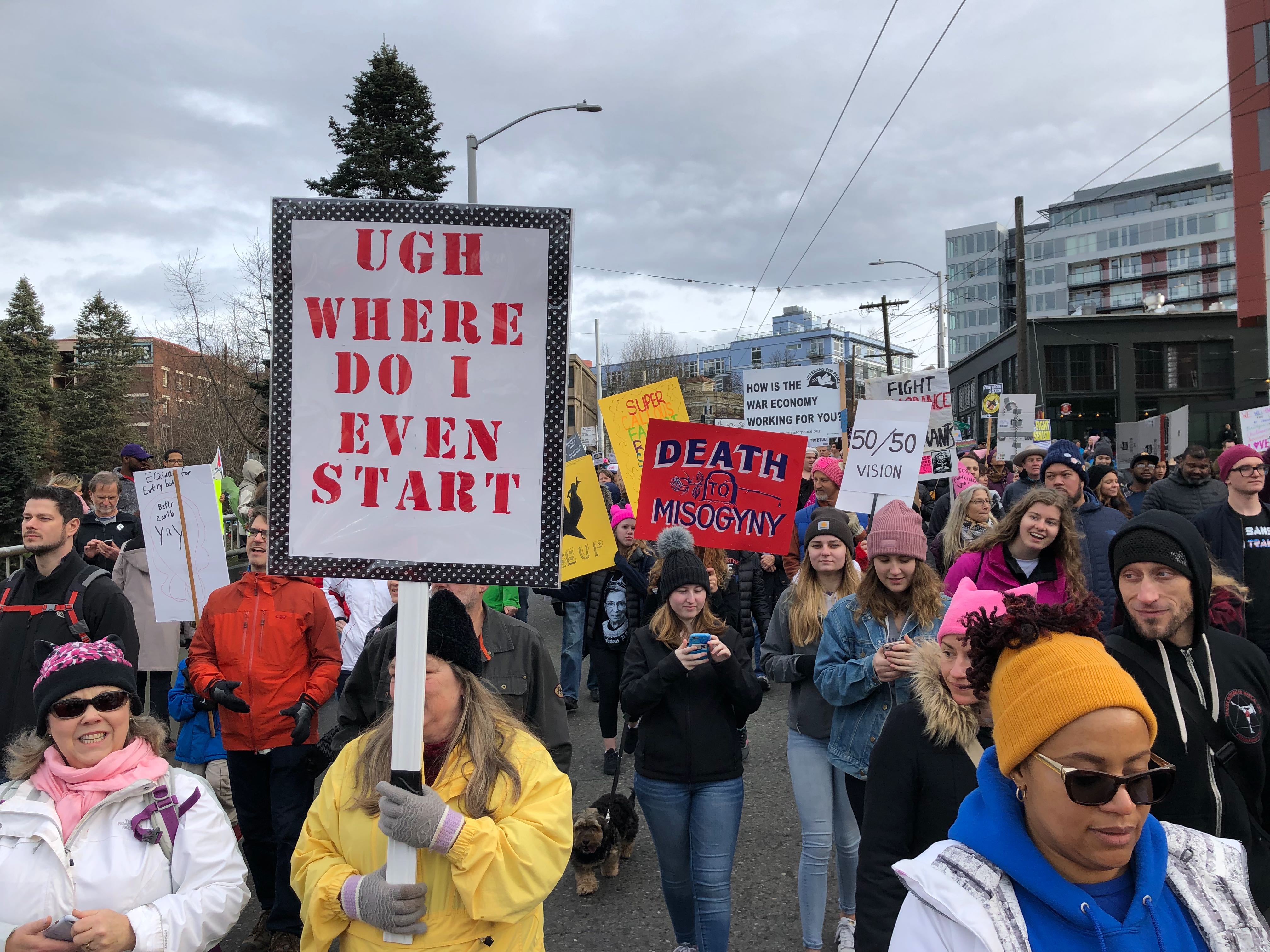 "If you don't fight for all — you fight for none." 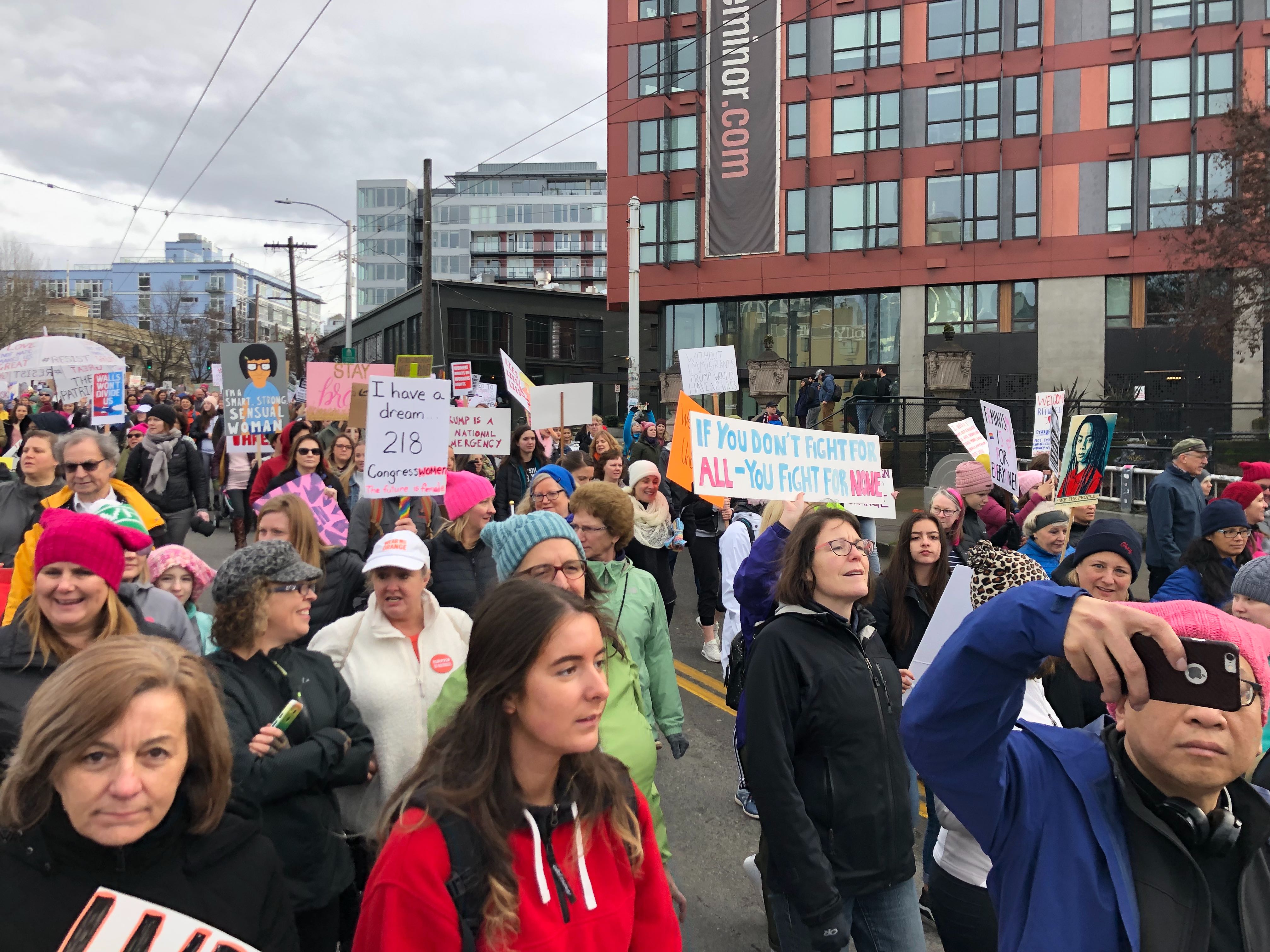 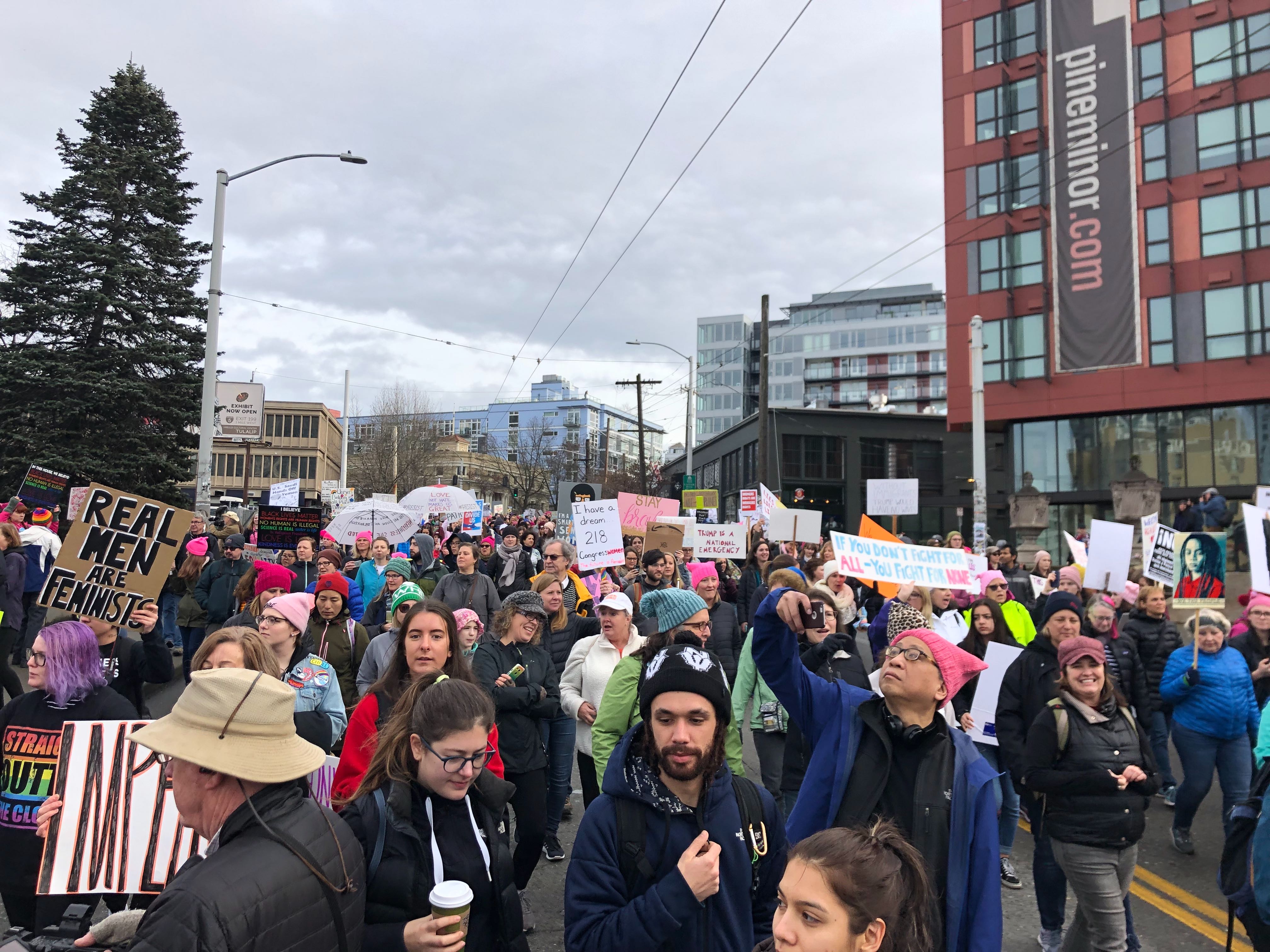 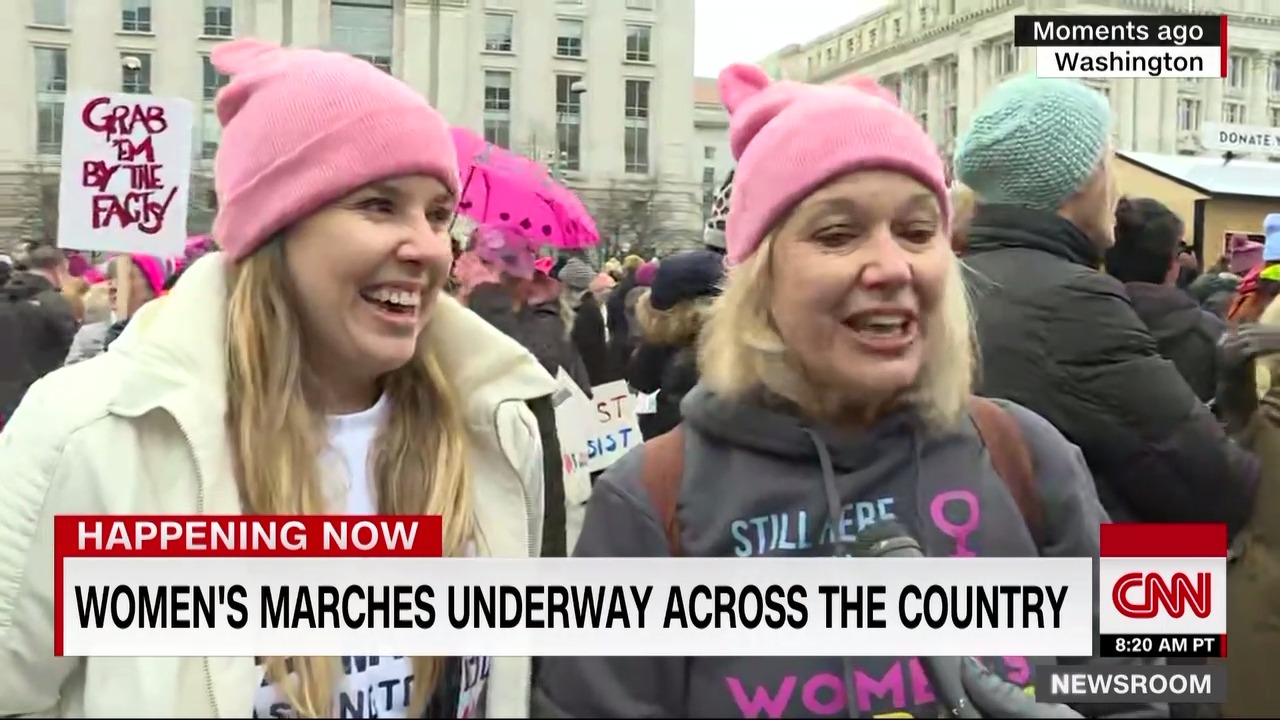 Gina Lopez and her daughter Leah Lopez traveled from Houston, Texas, to be at today's Women's March in Washington, DC.

They said they planned the trip after the September confirmation hearing for Supreme Court Justice Brett Kavanaugh, who was accused of sexual assault.

“We just had enough, we've absolutely had enough — the wall, Kavanaugh, the whole thing. We just finally decided it's time, it's time to come here and march," Gina Lopez said.

Jessica Childs, who's marching in Washington today, told CNN she was not bothered by the controversy that has plagued the Women's March leadership in recent months.

"Never," said the Alexandria, Virginia, resident. "This is something where I was going to be here no matter what. This is my life, we're talking about. This is all of our lives and we're going to be here fighting for that, regardless of whatever is happening at a higher level. This is for us."

Childs attended the inaugural Women's March on Washington in 2017, and said it was "nothing like I've ever experienced before."

Another marcher, Carmella Ormando, said she had no reservations about attending today's march, despite concerns about anti-Semitism.

"Because nothing is perfect," Ormando said. "Because they have worked to solve some of their problems and us it as an opportunity to make some changes. And because we need to support each other, because the cause is much bigger." 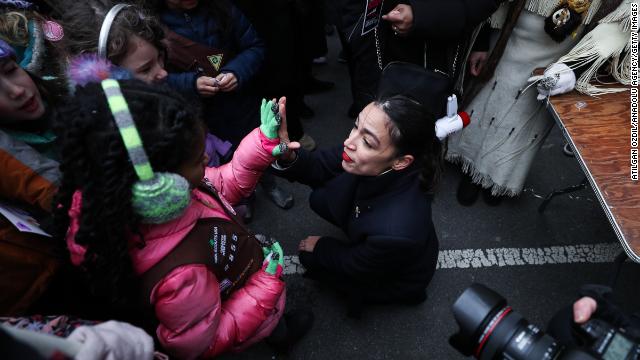 Sandra McCluskey, of Palm Springs, California, said she was one of 20 people who took a bus to the march in Los Angeles. It's the retired nutritionist's third year at a women's march.

"I'm tired of the bigotry, racism that comes out of the President's mouth," McCluskey said.

McCluskey wore a green jacket, the back of which read, "I care do you," a reference to the infamous jacket First Lady Melania Trump wore on the way to the US-Mexico border last summer to visit a shelter for immigrant children.