Winter weather grips the US

Our live coverage of the winter storm has concluded. Scroll through the posts below to read more or follow CNN Extreme Weather.

A winter storm traveling across the East Coast brought snow to New York City, where a winter weather advisory is in effect until 1 a.m. Thursday.

Here's a look at what Manhattan looks like today:

Major flooding was captured on video in Giles County, Tennessee. The clip shows one woman's driveway, yard, and road covered in standing water.

The region has seen extreme rain and flood watches due to a moist, warmer air mass that's extended from the Ohio Valley into the Southeast.

A new snowfall record for February was set today in the Twin Cities.

Snowfall levels reached at least 30.4 inches this month and tied a previous record for the 10th snowiest month set in November 1983, according to the National Weather Service.

"This is also the first time we've topped 30" since Dec of 2010 (Domebuster!)," the weather service tweeted.

Much of the West is also under some sort of winter watch, warning or advisory from Southern Arizona along the Mexican border north to Montana along the Canadian border.

The heaviest snow is expected in northern Arizona and southern Utah. The Grand Canyon could see a foot of snow over the next few days.

Las Vegas is under a winter weather advisory, with the potential for an inch or two of snow tomorrow.

Snow and rain are bringing travel delays to much of the East Coast and Midwest, and a second storm is also moving across western states.

Here's where things stand this afternoon:

Good luck flying in, out or through the Twin Cities today. FlightAware's Misery Map shows a lot of cancellations and delays at the Minneapolis-St.Paul International Airport.

Earlier in the day, poor weather conditions forced all of the airport's runways to close. Since then, they've been able to reopen one runway — despite the still-snowy conditions.

Jim Tomlinson took video of conditions at the airport.

So far today, 1,872 flights into, out of or within the US have been canceled, according to data from FlightAware.

Another 2,496 flights have been delayed. 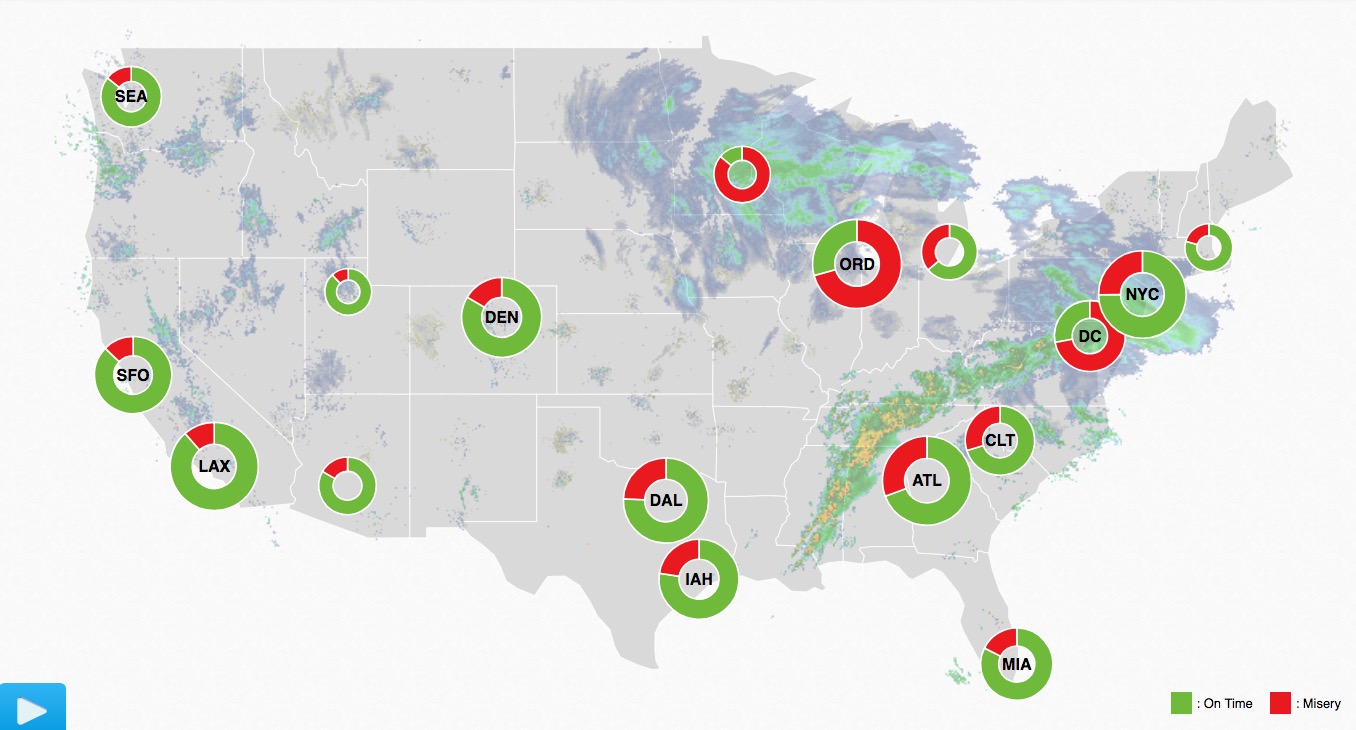 Wednesday is cancelled in Minnesota — at least according to the road conditions.

A map from the National Weather Service shows how many roadways are "completely covered" in snow. It's a lot.

Take a look for yourself: