Massive winter storm dumps snow and ice across the US

A tornado watch is in effect until 6 p.m. CT for portions of western and central Alabama and southeast Mississippi, according to the National Weather Service's Storm Prediction Center (SPC).

The watch includes three million people in cities such as Gulfport in Mississippi and Mobile, Tuscaloosa and Birmingham in Alabama.

A few tornadoes — some of which could be intense — and damaging thunderstorm wind gusts up to 70 mph are possible, according to the SPC. The severe weather threat is associated with the same storm system that is producing widespread winter weather over much of the eastern US.

Kentucky’s governor is urging residents to stay off roadways as winter weather rolls through the commonwealth.

“The number one message is stay off the roadways, if possible, as rain, snow, and ice continue through this evening and then through Friday morning,” Gov. Andy Beshear said during a briefing Thursday afternoon.

Beshear said while the storm “no longer appears” to be as strong as past storms, parts of the state are still expected to get significant amounts of snow, ice and flooding.

“Due to the storm starting with rain, roads could not be treated with brine and rock salt as it simply washes away,” he said. “In other words, the rain and then the ice, and then the snow that may come on top of it makes it much more difficult to treat — which means if you are out on the roads when this happens, it will be harder to get to you.”

Travel is expected to be impacted through Friday morning, according to Beshear.

“As a reminder, I’ve already declared a state of emergency so we could preposition our assists, especially to help people that might be stranded,” he said. “We also have signed a price-gouging order that prevents people from raising prices and taking advantage of people during this time.”

The state is currently “dealing with one of the most significant icing events that we've had in the state of Texas in at least several decades,” he said during a Thursday briefing.

“The power grid is performing very well at this time,” he said. “At the expected peak demand, there should be about 10,000 megawatts of extra power capacity. To put that in context that is about enough extra power to supply about 2 million homes,”  Abbott said.

Roughly 70,000 customers are without power across Texas, PowerOutage.US showed on their website.

Abbott explained that “the most probable cause of a power outage right now… is either because of heavy winds affecting lines or more likely, because of an icing conditions.”

“There are more than 10,000 linemen already working for power transmission companies to assist with power lines that are not working. And, in addition to that, almost 2,000 more linemen are coming in from outside the state of Texas,” he added.

The winter storm has over 100 million people are under winter alerts in parts of 25 states, where snow and ice are causing power outages.

These states are seeing the largest impact from power outages:

Elsewhere, Kentucky and Indiana are experiencing over 3,000 outages; Ohio and Oklahoma have over 2,000; and New Mexico and New Jersey are seeing more than 1,000 outages each.

Millions are under weather alerts in the central, southern and eastern US due to a massive winter storm.

And this is how much snow has fallen so far:

Close to half the US population faces risk for snow, ice, dangerous cold, flooding and even possible tornadoes, with over 25 states in the eastern half of the country under weather alerts.

The storm has already produced nearly two feet of snow in parts of the Rockies and 12-15 inches in several states in the Midwest. It is snowing right now from the Southwest to New England and additional heavy snow will fall today into tomorrow.

Ice storm warnings include over 6 million people, including Memphis and Louisville. Over a half an inch of ice accumulation will likely bring down trees and power lines. Texas and Arkansas are also seeing significant ice, including around Dallas and Austin. Hundreds of thousands will likely be without power by later today and tonight as the ice storm peaks.

Dangerous cold covers the middle of the country with wind chill alerts from the US-Canadian border to the US-Mexican border. Wind chills as cold as 50 degrees below zero are expected in the Dakotas, with single-digit wind chills as far south as Houston.

South of the Arctic front, heavy rain is likely to continue. Flood watches are in effect from Alabama to Pennsylvania, covering more than 13 million people.

Parts of the Southeast are under the threat for severe thunderstorms. The threat covers much of Alabama into Louisiana, where a few tornadoes may develop later today.

There are at least 210,000 customers without power as a strong winter storm pushes across a massive swath of the US, according to Poweroutage.us.

Texas and Tennessee each have over 70,000 customers without power and Arkansas has nearly 25,000 in the dark, the website shows.

The winter storm has over 100 million people are under winter alerts in parts of 25 states, where snow and ice are causing power outages.

These states are seeing the largest impact from power outages:

Elsewhere, Kentucky and Indiana are experiencing over 3,000 outages; Ohio and Oklahoma have over 2,000; and New Mexico and New Jersey are seeing more than 1,000 outages each.

A number of universities across the southern US and Texas closed down on Thursday as a winter storm makes its way across a wide swath of the United States.

The Dallas-Fort Worth International Airport has reopened to air traffic after ice and snow shut down the runways there, according to an FAA website.

The airport had also been under a ground stop, according to the FAA website, but that is also no longer in effect.

Airport spokesperson Francisco Rodriguez confirmed that the airport is open but directed further comment on air traffic to the FAA.

The airport has reopened one runway at this time, an airport spokesperson said.

Power outages have affected more than 130,000 customers in the US so far as a huge storm brings snow, ice, sleet and rain to the central and eastern US.

In case a power outage lasts a few days, you should have the following on hand:

If you need to make a trip outside, keep it as brief as you can and layer up, the US Centers for Disease Control and Prevention says. Check with your local emergency authorities to make sure it's safe to drive or travel in the cold.

Generators can release poisonous carbon monoxide if you use them inside your home. If you're using one, keep it outside about 20 feet away from your home, the CDC advises.

Depending on a generator's power capacity, it can emit as much carbon monoxide as a few hundred idling cars. Even if you've lost electricity, you still need to disconnect your normal source of power by turning the main breaker or fuse off before plugging the generator into a household circuit, according to the CDC. Try to keep the generator dry and use heavy-duty extension cords to plug refrigerators or laptop chargers directly into the generator.

You should never use a gas stove or oven to heat your home, according to Ready.gov, the US government's online disaster planning resource.

Avoid opening your fridge or freezer during the power outage to keep your food cold. According to the Federal Emergency Management Agency, a fridge can keep food cold during an outage for about four hours, and a freezer will keep its temperature for about 48 hours.

Read more tips here and read helpful guidelines on generators from the National Weather Service in Memphis in the post below:

And review this in case you absolutely need to go out and get stuck: 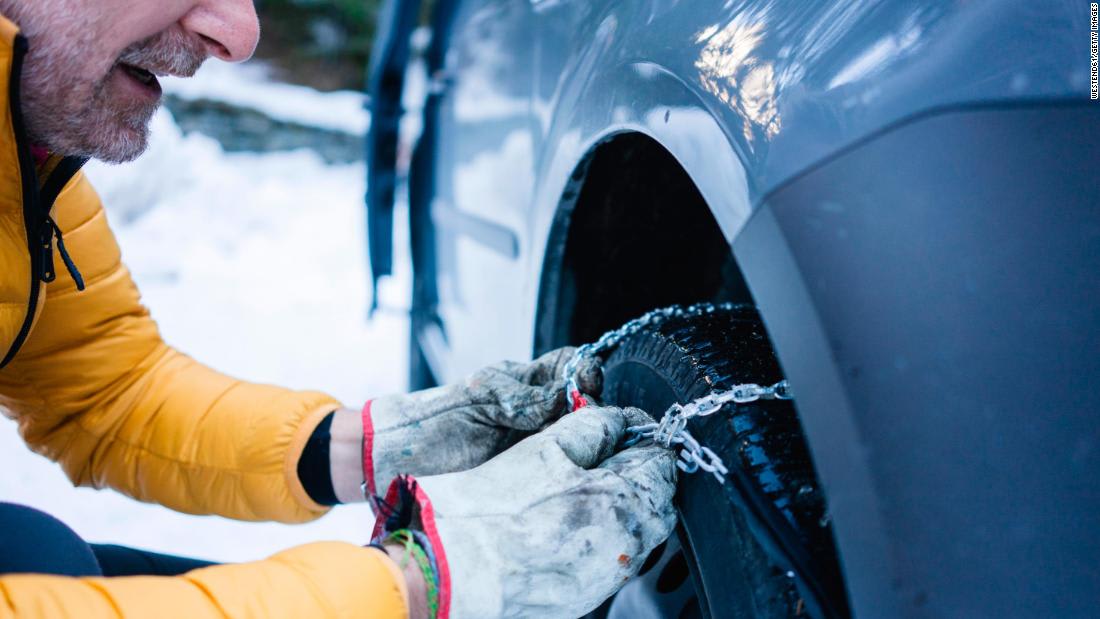