Latest on the US gas demand spikes

Our live coverage has ended. Read more about the gasoline demand here.

Virginia Gov. Ralph Northam on Tuesday issued a state of emergency declaration "to prepare and coordinate our response to the voluntary shutdown of the Colonial Pipeline due to a cyber-attack," according to the declaration.

Northam said, "if prolonged, the pipeline closure will result in gasoline supply disruptions to various retailers throughout the Commonwealth, since the pipeline is the primary source of gasoline to many Virginia retailers."

According to the governor, "while current gasoline reserves in the Commonwealth are sufficient to address immediate supply concerns, a long-term disruption in the pipelines will require transportation of fuel and other oil-derivatives via interstate and state roadways."

The declaration directs all "state and local governments to render appropriate assistance to alleviate any conditions resulting from the situation."

As of 11 a.m. ET, 7.6% of the gas stations in Virginia don’t have fuel, according to outage figures reported by GasBuddy, an app that tracks fuel prices and demand.

Patsy Dowell, a Maryland resident, told CNN he drove to North Carolina to see his mom for Mother’s Day.

This morning, he went to the Speedway gas station on Highway 321 in Boone, North Carolina, to fill up his tank and planned to head back to Baltimore tomorrow.

Even though he was able to get a full tank after a 30-minute wait, he said after seeing the situation at the gas station he decided to stay back in North Carolina with his parents for a few extra days.

“My drive back home to Baltimore is about 8 hours, Dowell said. “I’m lucky I can stay here a few extra days. I hope it’s not like this everywhere. Lots of stations with bags over pump handles and ones with gas have long lines.”

“The price was $2.89 which is about 10 cents more than Friday,” Dowell said. “Every pump had a car waiting and line was probably about 75 cars lined up in street.”

In Asheville, North Carolina, Sarah Colley told CNN that in a photo she took you can see a gas station in the background but the cars you see in line are actually queuing up for another gas station not too far off.

The price signs are off and there are signs on the pumps saying "out of fuel" and covers over all the handles, according to Colley.

Colley said she wasn’t able to fill up her gas tank but luckily she works from home. Prices were around $2.67- $2.77 yesterday in her area, she said.

“My boyfriend is a chef and he usually takes others home at night but he told his boss he can't because he doesn't have enough gas for the week,” she said.

Colonial Pipeline, which was hit by a ransomware attack last week prompting a halt in operations, did not contact CISA in the wake of the cyberattack, Wales added.

“I think right now we are waiting for additional technical information on exactly what happened at Colonial so we can use that information to potentially protect other potential victims down the road,” Wales said.

Wales said it’s “not surprising” that they haven’t yet received information, since its early in the investigation, adding that CISA has historically had a “good relationship” with both Colonial, as well as the cybersecurity firms that are working on their behalf.

“We do expect information to come from that and when we have it we will use it to improve cybersecurity more broadly,” he said.

“They did not contact CISA directly,” he said. “We were brought in by the FBI after they were notified about the incident.”

However, Wales said the agency received information “fairly quickly in concert with the FBI,” when pressed by Senate Homeland Security Ranking Member Rob Portman on whether it would have been helpful if Colonial reached out “immediately.”

Yet, Wales acknowledged that he did not believe Colonial would have connected them without the FBI involvement.

A growing number of gas stations along the East Coast are without fuel as demand surges and the Colonial Pipeline shutdown stretches into a fifth day.

As of 11 a.m. ET, 7.6% of the gas stations in Virginia and 5.8% in North Carolina don’t have fuel, according to outage figures reported by GasBuddy, an app that tracks fuel prices and demand.

Outages are also being reported at gas stations in Georgia (4%), Florida (2.5%) and South Carolina (1.9%), according to GasBuddy, which collects user reports and shares the information with the government during emergencies.

He warned that the “irrational behavior” could prolong supply issues “for weeks.”

GasBuddy lists smaller outages, impacting less than 1% of the gas stations, in Alabama and Tennessee.

"I got scared that I could not go to work or take my daughters to school," Florida resident Linderly Bedoya told CNN on Tuesday. "All the gas stations in my area were without gas and when I finally found one I had to stay an hour in line and I had to fill up with the premium unleaded."

A cyberattack forced one of the largest US fuel pipelines to shut down Friday, and analysts are worried the disruption could result in a spike in gas prices.

If you're just reading in now, here's how we got here:

Although the American Automobile Association (AAA) is forecasting gas prices to climb, they are warning Americans to not panic-buy gasoline.

They offer the following tips to help Americans get the most out of their gas gallons:

The South Carolina Emergency Management Division (SCEMD) tells CNN that so far there are "no reports of widespread outages" and they are "only expecting sporadic delays" in fuel shipments to gas stations in the state.

"We are seeing some posts on Twitter about people trying to stock up on fuel, but so far, no reports of widespread outages and at this point we’re only expecting sporadic delays in fuel shipments to gas stations. We have enough supply if people get fuel as they normally would," Derrec Becker, SCEMD's chief of public information & external affairs, told CNN.

The spokesperson for the agency said that although it is slower than accessing the Colonial pipeline, the state has a backup fuel supply chain through the Charleston port that is available to gas stations and local shops.

"We have enough supply if people get fuel as they normally would," Becker said. "We have a backup fuel supply chain through the Charleston port. It’s a little slower than accessing the Colonial line, particularly in the Upstate, but our Office of Regulatory Staff says the gas station chains and local shops are already accessing their contracts."

Lydia Hall sat in line today at a gas station in Rocky Point, North Carolina, for about an hour.

Just after she filled her mostly empty tank, at around 10:30 a.m. ET, the Shell station ran out of gas, according to a representative that answered the phone there.

The representative did not know when they would get their next shipment of gas. 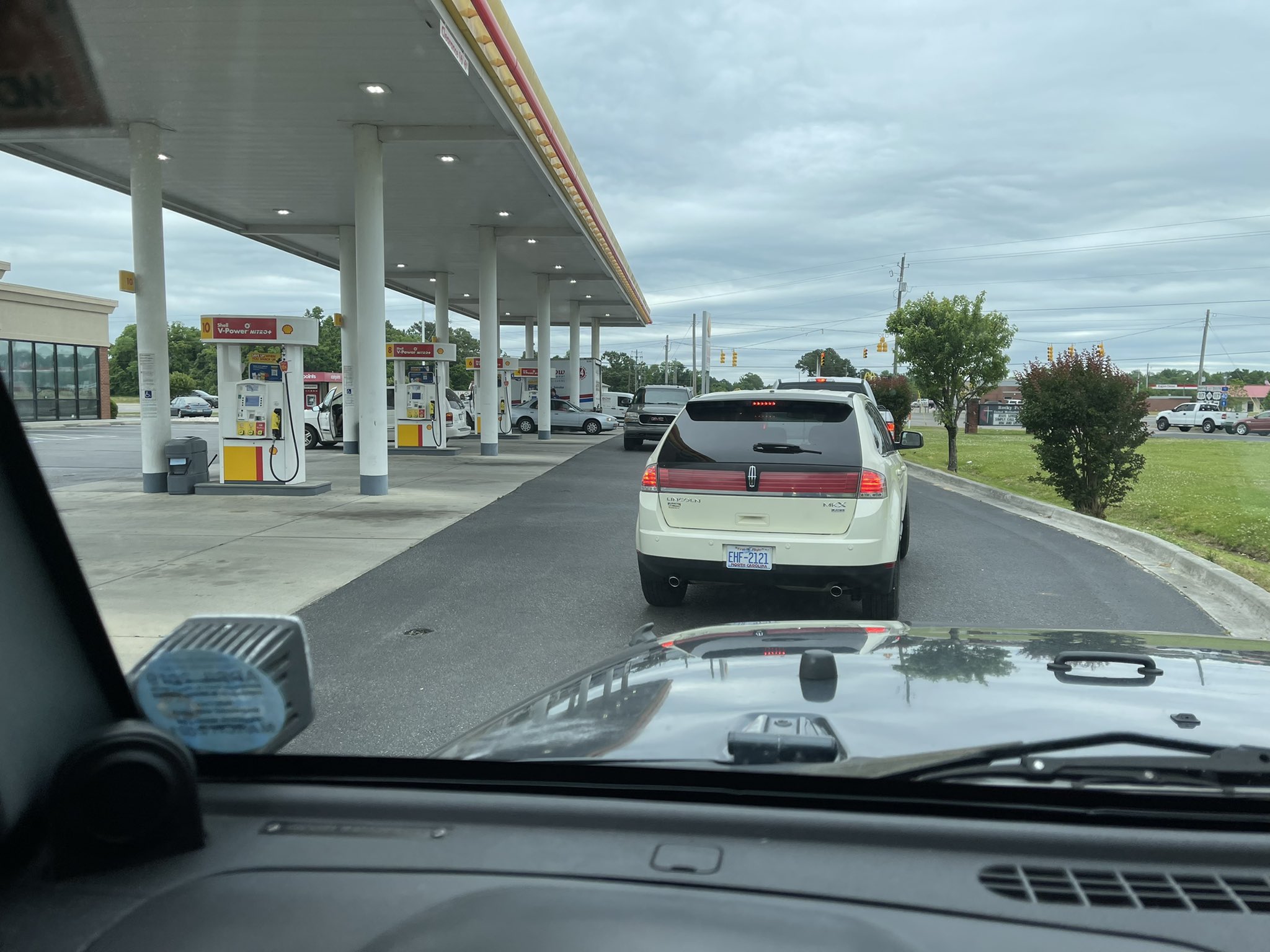 The US Environmental Protection Agency (EPA) is issuing an emergency fuel waiver "to help alleviate fuel shortages" in states whose gas supply has been impacted by the pipeline shut down following the recent ransomware attack on the Colonial Pipeline, EPA Administrator Michael Regan said in a news release today.

"EPA has waived the federal Reid vapor pressure requirements for fuel sold in Reformulated Gasoline areas of District of Columbia, Maryland, Pennsylvania, and Virginia to facilitate the supply of gasoline," the release said.

The waiver will continue through May 18, the release said.