General Motors, Ford and Fiat Chrysler will begin to gradually restart their US factories today, with some big changes put in place to help protect workers from the coronavirus.

Here's a look at what's reopening:

The reopenings come just before President Trump is expected to travel to Michigan to visit a Ford manufacturing plant.

A White House spokesperson and Ford both confirmed the trip to CNN. It's currently scheduled for Thursday but sources caution that is subject to change.

Restaurants in Florida's Broward and Miami-Dade Counties will be allowed to reopen today at 50% capacity.

Other businesses that will reopen in Broward County starting today include, retail stores, barber shops and drive-in movie theaters. All establishments that will be allowed to reopen will have restrictions.

Some background: Most of Florida began reopening earlier this month, but Broward and Miami-Dade, as well as Palm Beach County, did not, since they were the hardest hit by coronavirus. Palm Beach County allowed restaurants to reopen last week. Those three counties account for about 6.2 million of Florida's residents, according to US Census data.

By now, all but two states have loosened restrictions in place to help curb the spread of the virus. Some began allowing limited gatherings, while others have allowed restaurants and some businesses to reopen their doors with caution

Connecticut and Massachusetts are the only two with all restrictions still in place.

And while many parts of the country have expressed hope about their number of cases seemingly slowing, other states have reported hikes.

A new study has found that social distancing worked to limit the spread of coronavirus in the United States, and may have prevented tens of millions of infections.

The study, published Thursday in the journal Health Affairs, found that government-imposed social distancing cut the virus’ daily growth rate by about 9% after roughly three weeks.

Without any social distancing measures at all, the number of coronavirus cases in the US could have been 35 times higher, the researchers estimated.

“Our paper illustrates the potential danger of exponential spread in the absence of interventions, providing relevant information to strategies for restarting economic activity,” they wrote.

Shelter-in-place orders and the closure of restaurants and bars seemed particularly effective at slowing the spread of the virus, the researchers found. Bans on large events and the closure of public schools alone didn’t seem to affect the growth rate.

“[Our] results argue against returning to partial measures such as school closures and restrictions on large gatherings, while removing the restrictions that prevent the redirection of social activity to other settings,” the researchers wrote.

They did note that their study had some limitations. Official case counts, for example, are likely an undercount because they may not include people who aren’t sick enough to go to the doctor.

Other factors could have skewed the results too, such as “informal encouragement by government officials to wear masks or improve hygiene, changing business practices, and social norms regarding distancing.”

Study subjects who received Moderna’s Covid-19 vaccine had positive early results, according to a press release issued Monday by the biotech company, which partnered with the National Institutes of Health to develop the vaccine.

These early data come from a Phase 1 clinical trial, which typically study a small number of people and focus on whether a vaccine is safe. The information has not been peer reviewed, nor published in a medical journal.

Race for a vaccine: Moderna, based in Cambridge, Massachusetts, is one of eight developers worldwide already doing human clinical trials of potential vaccines against the novel coronavirus, according to the World Health Organization. Two others, Pfizer and Inovio, are also in the United States, one is at the University of Oxford in the UK, and three others are in China.

"All eight initial participants" in the Moderna trial developed neutralizing antibodies to the virus at levels reaching or exceeding those seen in people who have naturally recovered from Covid-19, according to the press release.

Neutralizing antibodies bind to the virus, disabling it from attacking human cells. The presence of such antibodies at the levels of people who have naturally had the infection is an important indicator in vaccine studies

"These interim Phase 1 data, while early, demonstrate that vaccination with mRNA-1273 elicits an immune response of the magnitude caused by natural infection starting with a dose as low as 25 μg," according to Dr. Tal Zaks, chief medical officer at Moderna, who used the scientific name for the Moderna vaccine.

The length of such trials varies greatly, and the press release doesn't indicate how long they might take, or when the vaccine might be available to the public.

The company indicated that the Phase 3 trials will be done with lower doses.

Jerome Powell, the chair of the US Federal Reserve, delivered some straight talk to the American people on last night's episode of "60 Minutes."

The Fed chief said he was optimistic that the US economy would start to heal in the second half of this year. But he warned the road to recovery could be very long. And a second wave of coronavirus cases would be devastating.

"This economy will recover," Powell said. "And that means people will go back to work. Unemployment will get back down. We'll get through this. It may take a while. It may take a period of time. It could stretch through the end of next year. We really don't know."

"60 Minutes" is a big stage that's rarely utilized by the central bank. When Ben Bernanke appeared on the program in 2009, during the global financial crisis, it was the first on-air TV interview with a Fed chief in two decades. 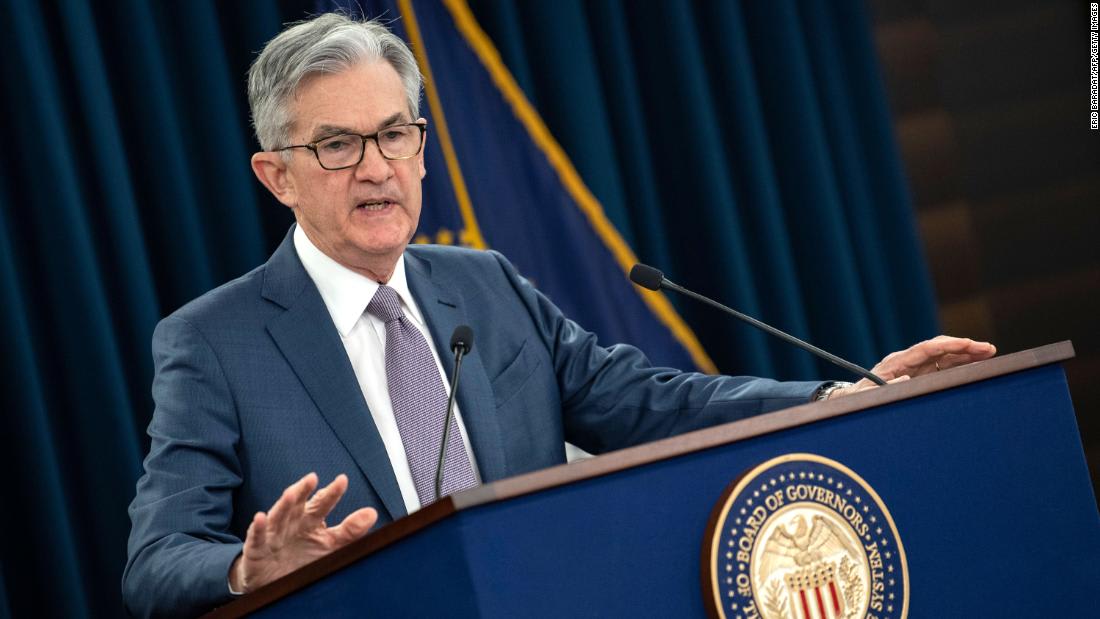 The recovery from coronavirus could take years

The novel coronavirus has infected more than 4.7 million people, killing at least 315,000 worldwide. Nearly 1.5 million cases have been reported in the US, where the death toll is approaching 90,000. If you're just joining us, here's what you may have missed:

Two of US President Donald Trump's top officials are now pointing the finger at the administration's own scientists and Americans' pre-existing health conditions to explain the country's world-leading Covid-19 death toll.

Health and Human Services Secretary Alex Azar suggested Sunday that underlying health conditions, including among minorities, were one reason for the high American death toll -- nearly 90,000 as of Sunday evening. And Trump trade adviser Peter Navarro added the government's own Centers for Disease Control and Prevention to its list of scapegoats alongside China and the Obama administration.

The White House has been escalating its effort to recast the narrative of its own chaotic response to the crisis as it aggressively pushes to reopen the country, a process vital to the fortunes of millions of people who have lost their jobs in lockdowns and its own political prospects in November.

The effort follows Trump's repeated early denials that the virus would be a problem for the United States and claims that his administration had it under control months ago.

The US accounts for about 4.25% of the world's population, but currently has about 29% of the confirmed deaths from the disease, and models used by the White House suggest the tragic toll could rise to around 147,000 by early August.

Governors across the United States are navigating a balancing act as they try to reopen their economies without triggering a second spike of coronavirus cases.

By now, all but two states have loosened restrictions in place to help curb the spread of the virus. Some began allowing limited gatherings, while others have allowed restaurants and some businesses to reopen their doors with caution.

While many parts of the country have expressed hope about their number of cases seemingly slowing, other states have reported hikes.

In Texas: Officials reported the highest single-day increase in new cases over the weekend, but the governor has attributed it to more testing. Restaurants, movie theaters and malls have been open for a little more than two weeks, and the governor is expected to announce the next step in the state's reopening Monday.

In Florida: Health officials reported 777 new coronavirus cases, adding the state's testing also increased in the past week, according to a statement Sunday. On Monday, the state will enter into its first full phase of reopening, which will allow restaurants, retail stores and gyms across Florida to reopen with certain restrictions.

And in California: The state is now in the second of Gov. Gavin Newsom's four reopening phases. Newsom said that while he was empathetic to residents' concerns, he wanted to move forward safely.