He took out his phone and recorded a 15-minute Facebook Live video showing what it's like during that strange, uncomfortably calming moment bookended by extreme weather.

Trees appear to be leaning off kilter, a few roofs appear to be damaged and the neighborhood is flooded. Everyone, for the most part, appears to be in good spirits.

Watch (note: there is some adult language):

Walton County Sheriff Michael Adkinson Jr. has encountered a few people on the beaches as Hurricane Michael unleashes its fury. Obviously, that's not a safe place to be -- for them, or the first responders they would call if they find themselves in trouble.

"We have people who cannot exercise good sense. While it might be their constitutional right to be an idiot, it’s not their right to endanger everyone else!," he tweeted. 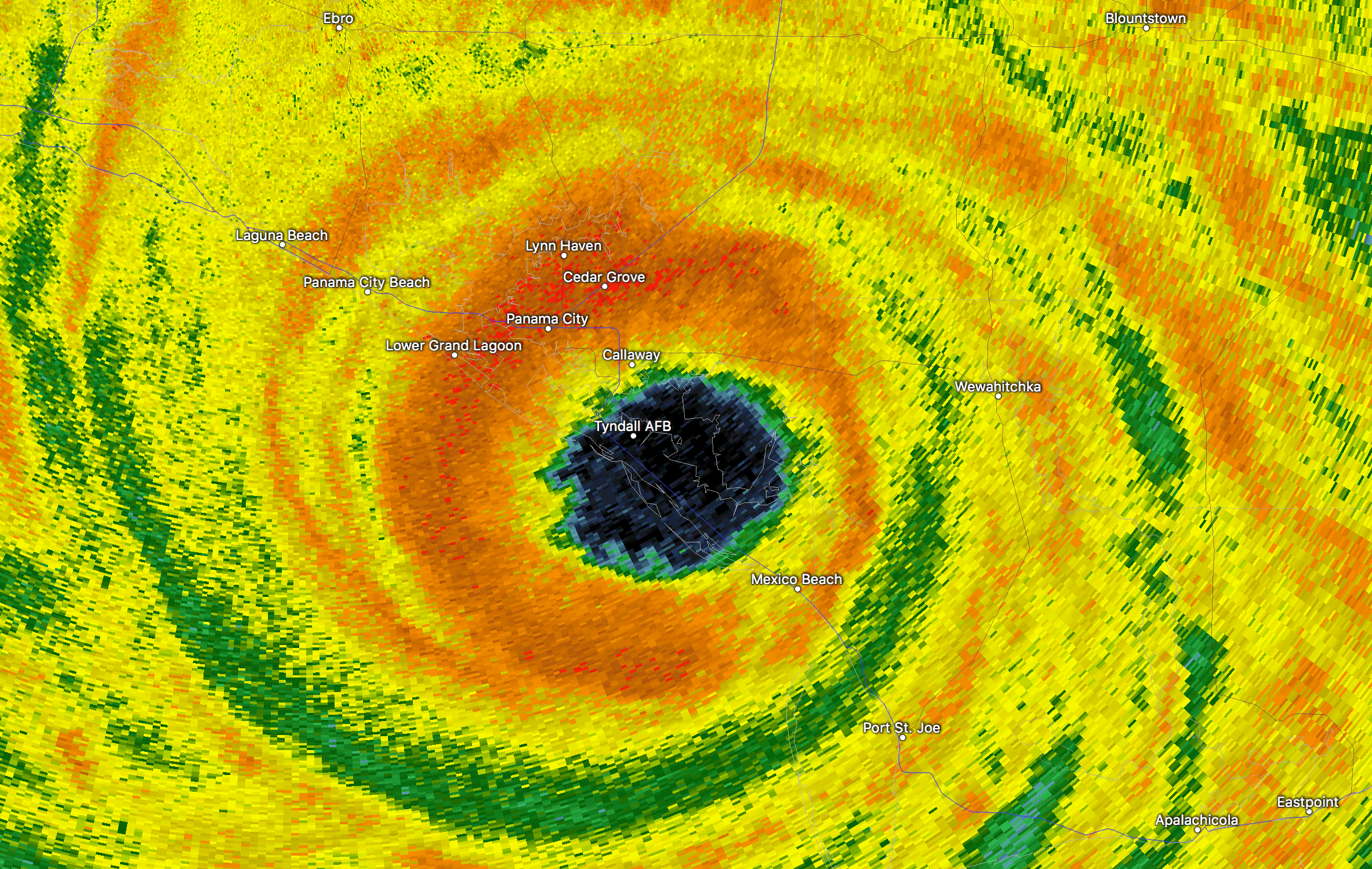 It brings with it a life-threatening storm surge, hurricane-force winds, and heavy rainfall all throughout the Florida Panhandle.

How meteorologists define landfall: The "landfall" designation is not made until one half of the eye is over land.

FEMA Administrator Brock Long told President Trump Wednesday that Hurricane Michael could be the “most intense” storm to hit the Florida panhandle since 1851.

“Unfortunately, this is a Gulf Coast hurricane of the worst kind,” Brock said. “Storm surge estimates are anywhere between nine and 14 feet. Storm surge is going to be the worse where eye makes landfall -- just to the east or south of where the eye makes landfall … Coupled with that you have over 145 mph winds. Structures built before 2001 are not designed to handle that type of wind, typically.”

Brock expressed concern that too many people in the path of the storm have not heeded evacuation orders.

“Yesterday we were concerned,” Brock told the President. “We did not like the level of evacuation activity that we were seeing … Unfortunately, first responders may not be able to go in and rescue those who dial 911 at this point.”

The President said some communities in the storm's path "very poor,” making it more difficult for some to evacuate.

“It’s not so easy for some of these people to leave,” Trump said. “Some of these areas are very poor.”

Nielsen also said utility companies from 14 states were prepared to move in and begin work downed power lines once the storm has passed.

“We’ve got food supplies, food chains, we’re working with all of the states,” Trump said.

Parts of the Carolinas could experience flooding due to heavy rains, Brock said.

Bobby Varnes, police chief of Apalachicola, Florida, said the winds are as bad as he’s ever seen in 39 years of living there.

Barnes estimated that around 60% of people there stayed to ride out the storm.

“Right now there’s no emergency services,” he said. “There’s no ambulance service, no medical, so they’re pretty much going to be on their own until it lets up." 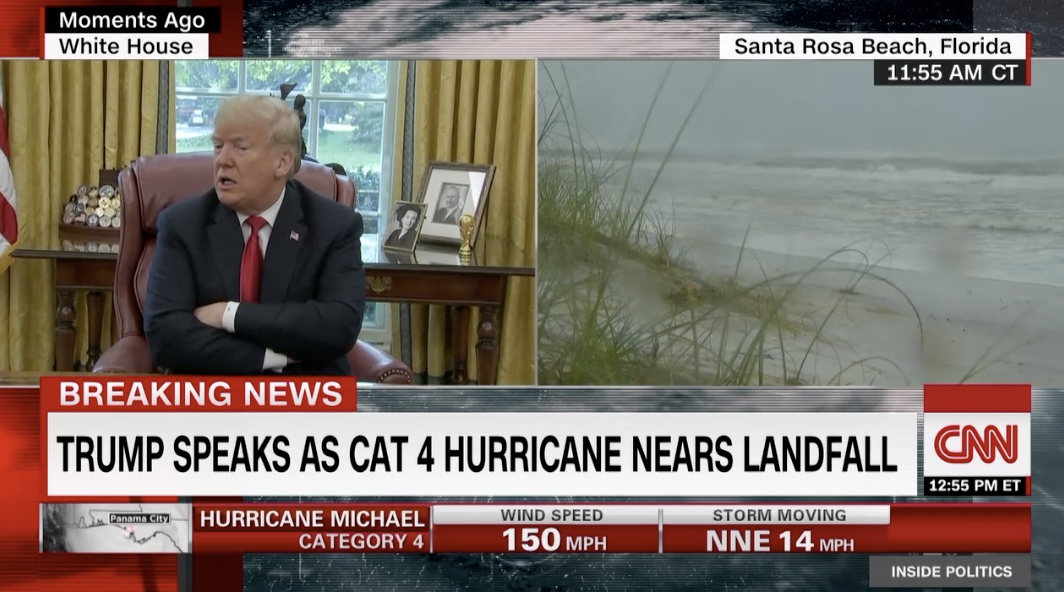 With Hurricane Michael quickly approaching the Florida Panhandle, President Donald Trump was asked what his message is to the people in the storm's path.

"I say God bless you all," Trump said. "That's my message because that's what it is. The storm is there. It's sort of too late to do that now from the standpoint of moving."

The President said it was "very sad" that some of the areas in the storm's path are poverty-stricken, adding again that many people are "unable" to evacuate.

"More than we would like," Trump said. "You have people that are stuck, they're just stuck there."

The President said the government has been helping some people evacuate, but he said others "don't want to go out."

"They will be ok," Trump said. "They are strong, smart, wonderful people."

The strongest winds of Hurricane Michael are coming ashore along the coast of the Florida Panhandle between St. Vincent Island and Panama City.

In the latest forecast, the National Hurricane Center said landfall is imminent.

"Landfall of Michael's eye imminent, everyone in the landfall area is reminded not to venture out into the relative calm of the eye, as hazardous winds will increase very quickly as the eye passes!" the NHC said.

The sheets of rain feel like needles falling from the sky.

“We’re getting some very strong bands of wind and rain that are coming through right now here in Panama City Beach,” CNN correspondent Dianne Gallagher reports. “This is definitely the strongest that I’ve felt all day long … The rain drops almost feel like little needles on my exposed hands right now. It’s so intense.”

Trees and palms swayed in the heavy wind behind her.

Marc Weinberg, a reporter with CNN affiliate WDRB, just tweeted this video showing a new home that was under construction toppling in Hurricane Michael's powerful winds.