At least five people were killed after Hurricane Michael slammed into the Florida Panhandle and portions of Georgia.

Four people died in Gadsden County, Florida, as a result of the hurricane, according to Lt. Anglie Hightower, spokesperson of the Gadsden County Sheriff’s Office.

One man died after a tree fell on a home near Greensboro in Gadsden County Wednesday, Hightower said. She does not yet have more details on the other three deaths, reported Thursday.

One child died in Seminole County, Georgia, on Wednesday after a free-standing metal carport was lifted into the air by the wind and crashed into the trailer, according to Travis Brooks, the director of Seminole County Emergency Management.

Michael is still a tropical storm with sustained winds of 50 mph, according the National Hurricane Center's latest advisory.

Flash flood watches have also been issued for much of the Carolinas and Virginia. Flash flooding is occurring in the states' mountainous regions.

Strong winds will move across North Carolina and Virginia Thursday afternoon and into the night.

Michael is expected to dump four to seven inches of rain from South Carolina to Virginia. 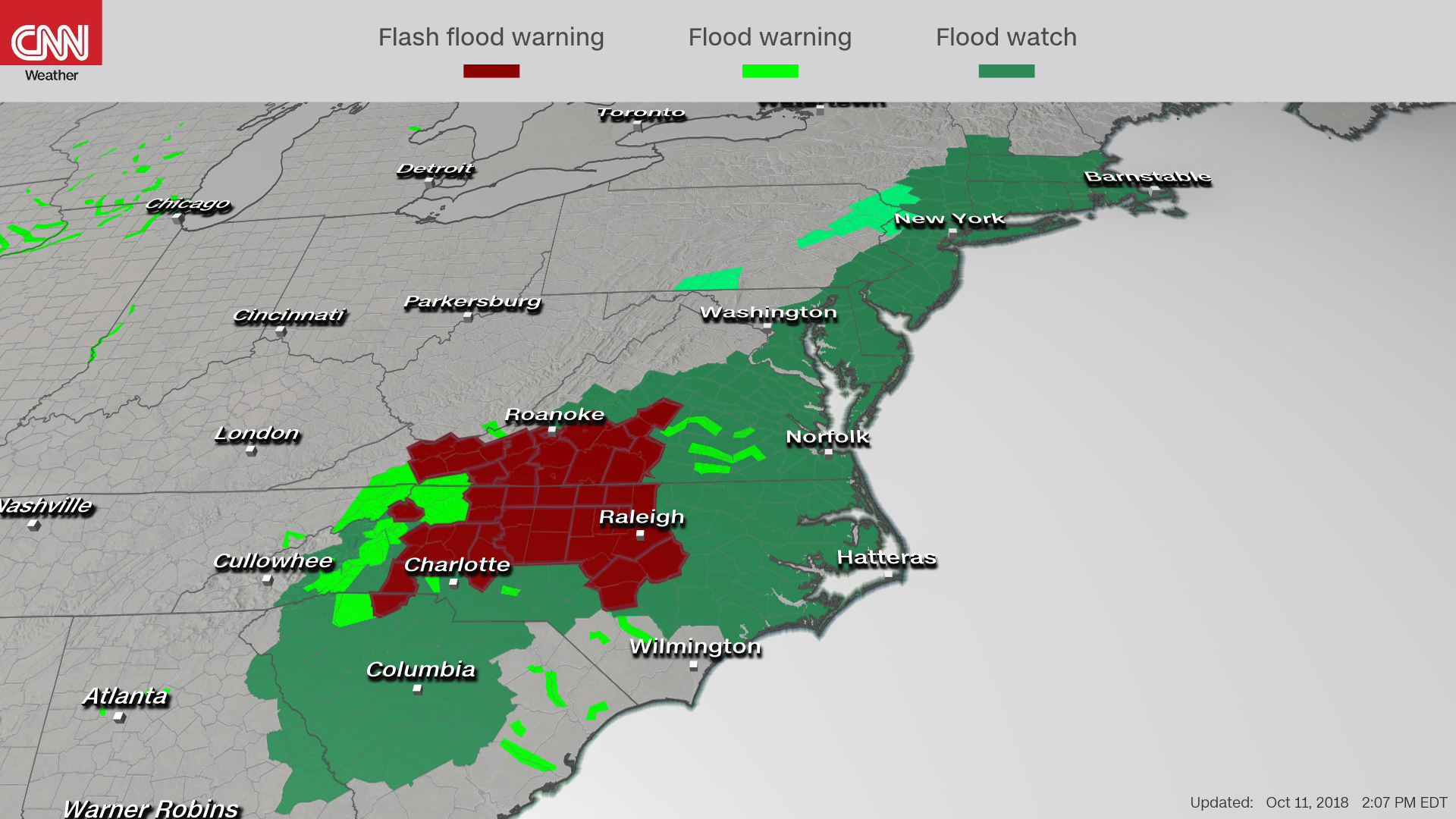 Flash flood watches track up the coast to Boston, where heavy rain is expected. A cold front pushing across the country will also move into the Northeast. This front is also one of the upper level elements helping steer Michael out into the Atlantic. 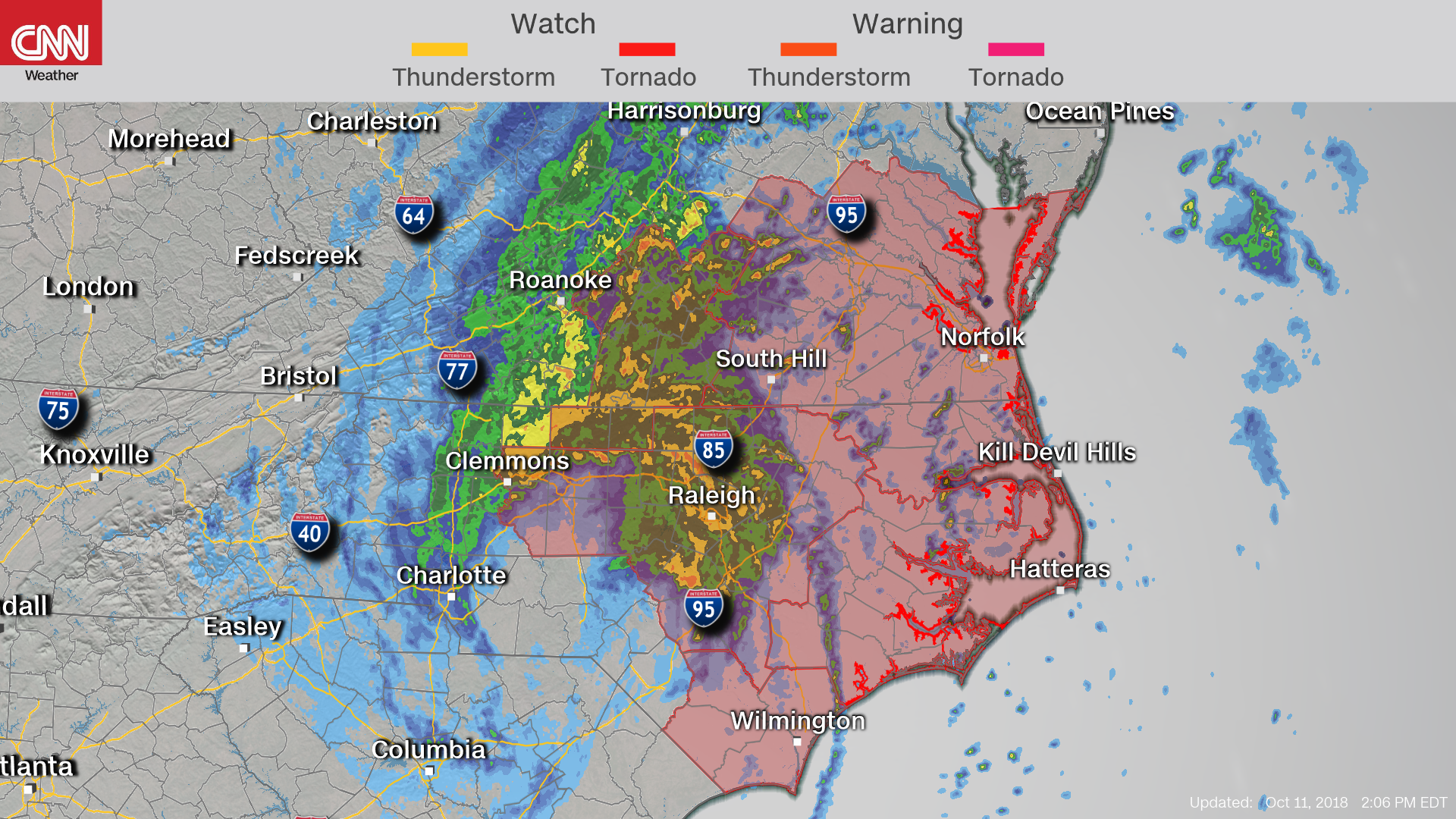 Tornado watches have also been issued for the east side of the storm.

A few tornadoes are likely with a couple of intense tornadoes possible across the watch area, the National Weather Service said. 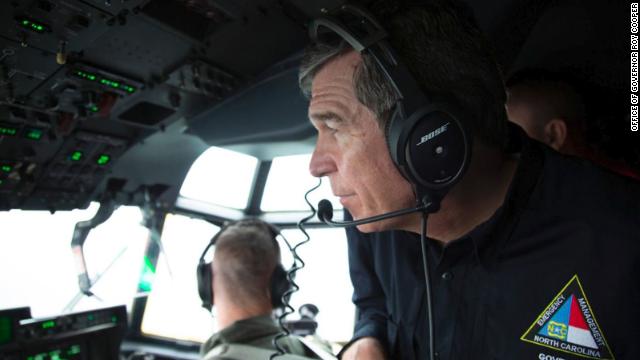 After slamming Florida and lashing Georgia, Michael is now threatening the storm-weary Carolinas. Tornadoes, dangerous winds and more flooding are possible in many of the same areas still recovering from Hurricane Florence.

"For North Carolina, Michael isn’t as bad as Florence, but it adds unwelcomed insult to injury, so we must be on alert," Cooper said in statement.

Michael is expected to dump 4 to 7 inches of rain from eastern Georgia to the southern mid-Atlantic and up to 9 inches of rain in parts of North Carolina and Virginia, the National Hurricane Center said.

Panama City Beach US Coast Guard's AIRSTA Savannah aircraft is currently conducting response operations in the wake of Hurricane Michael, and they posted this video showing a storm-damaged neighborhood.

Numerous homes had their roofs torn off and sand from the beach appears washed up on the road. Some buildings were totally obliterated, others, miraculously, appear untouched.

The US Coast Guard Southeast released these aerial photos of the coastal area near Apalachicola, Florida.

The Coast Guard said it took these photos while crews were assessing the hurricane's damage. In one photo, a boat appeared to be turned on its side.

Red Cross and other communities organizations were also preparing meals for those affected by the devastating storm, FEMA said in a statement.

Here are some of the efforts underway right now:

Jeff Byard, FEMA's associate administrator for the Office and Response and Recovery, said crews were focused Thursday on rescue efforts in communities affected by Hurricane Michael.

"Priority one today is continuing our search and rescue efforts. The state of Florida is doing an outstanding job. We hope to have the initial search done, which is a wide area in the next 72 hours or so," he told CNN.

Byard said it's too early to say how many people are unaccounted for.

"We want to get to those survivors and unfortunately, you look at the devastation and the strength of the storm. The evacuation rates that were not realized. Those fatalities may very well be realized, but what a job search and rescue does and all levels as a tough job. Right now, we want to get to as many survivors as we possibly can," he said.

FEMA, he said, is also "planning for a very long-term recovery effort in Florida, Georgia, and other states." 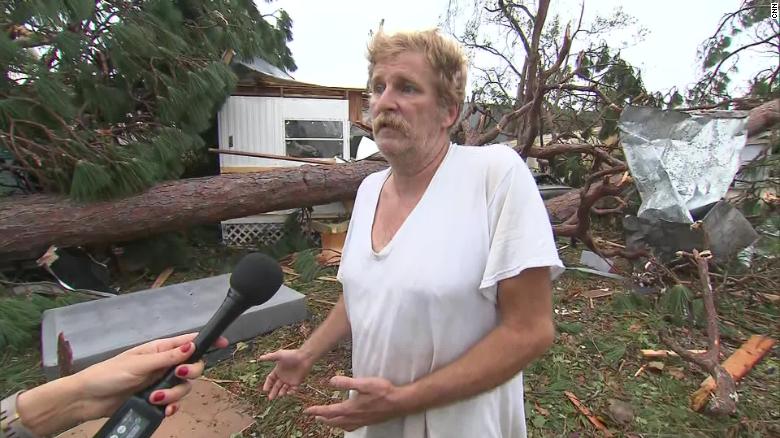 Residents across the Florida Panhandle woke Thursday morning to survey the devastation wrought by Hurricane Michael.

Among them were Frank Knight and his wife Terri, who rode out the storm along with most of their neighbors in a mobile home park in Panama City.

"Just like everybody else, didn't want to leave what we had," Knight said when asked why he and his wife chose to stay. "Basically, I had no choice. Everything I have is right there. It's just the choice we had to make." 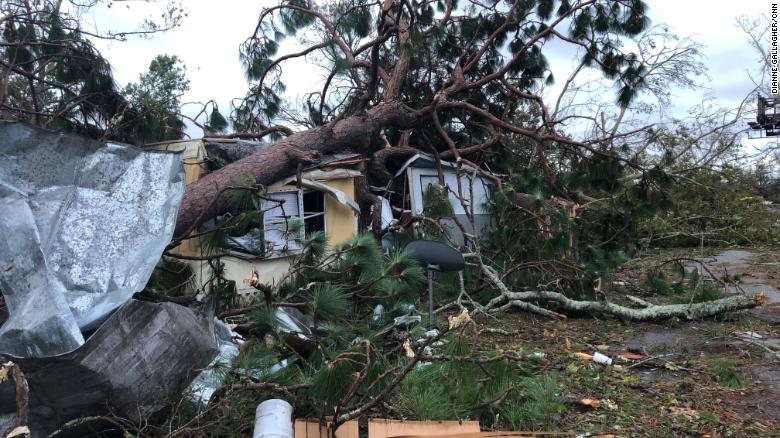 Downed trees lay across their home Thursday morning as Michael -- now a tropical storm with winds of 70 mph -- plowed north to the Carolinas.

"Everything we have is right there -- gone," said Knight, pointing at his home, now a mangled wreckage of twisted metal and splintered wood.

The Knights and other residents of the park told CNN they were waiting for chainsaws to cut up the trees that fell on their homes and cars.

"Now I've got to start today with a sledgehammer and ... start pulling it apart," he said. "Try to salvage what I can." 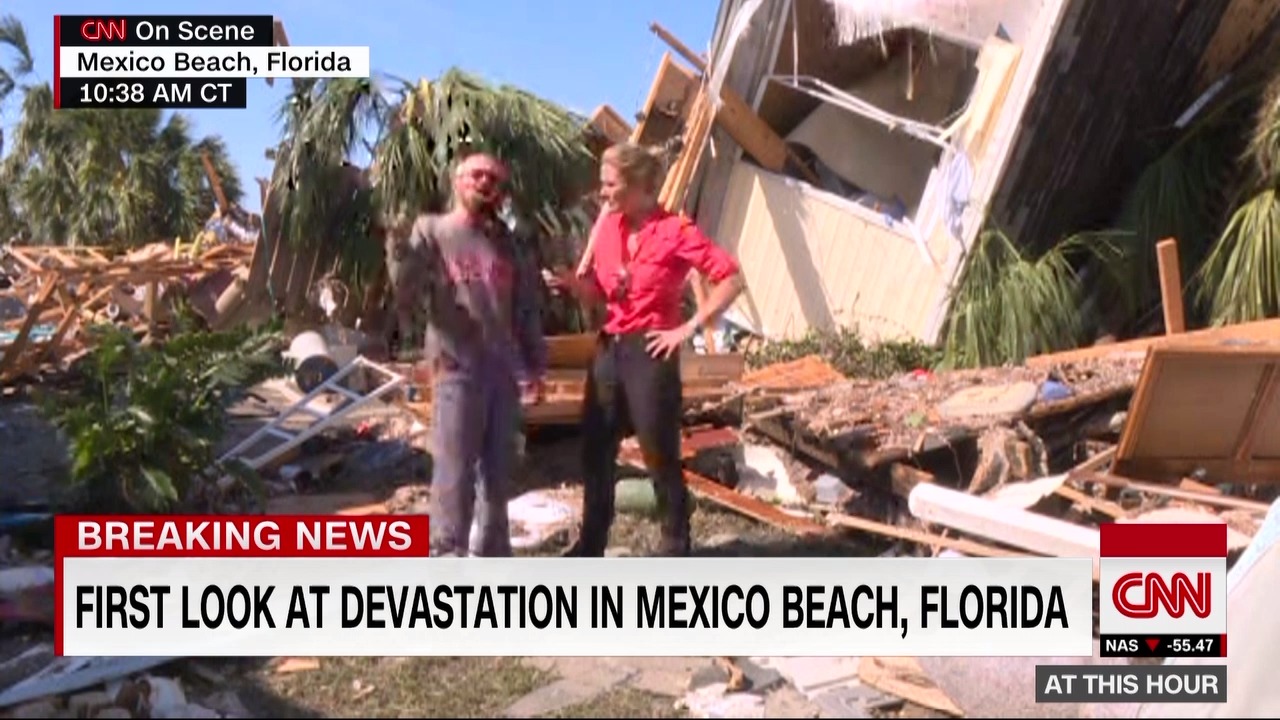 A man who rode the hurricane out as it directly impacted Mexico Beach, Florida, just told CNN's Brooke Baldwin what he experienced. His name is Scott.

Why he stayed: "We thought that the hurricane was not going to increase, but decrease. We tried to stay until the day before yesterday, and then, after the bridges all closed and everything, we knew we had to stay here and bunker down."

What he heard: "When the surge came in and stuff, it was so tremendous that once it came in, you couldn't do anything besides hear all the homes and everything just tumbling and crashing."

What he saw: "What we seen was first the cars started floating by and stuff and all the debris was in the air and the wind was just so strong and stuff. The next thing, the water. When the water came in, houses started floating in front of our home and stuff. And then once you seen that, then everything went black. You couldn't see anything anywhere. The storm was so strong."

On the pieces that remain: "You could see behind me. This is their homes and belongings and everything, that we're standing in. There's that mattress. We had furniture in our house that wasn't even our furniture. The surge had brought stuff in so bad. It's like the walls collapsed and everything and stuff. The only thing I could find of ours was my briefcase."