Our live coverage of Tropical Storm Barry has ended. Scroll through the posts below to see how it unfolded.

Joyce Webber, 64, has been sleeping on a cot, surrounded by her neighbors at a shelter in Baldwin, Louisiana. She lives in a trailer surrounded by trees and she didn't feel it was safe to stay there.

"When they say go, I go," said Webber, who's lived in the area for nearly two decades. 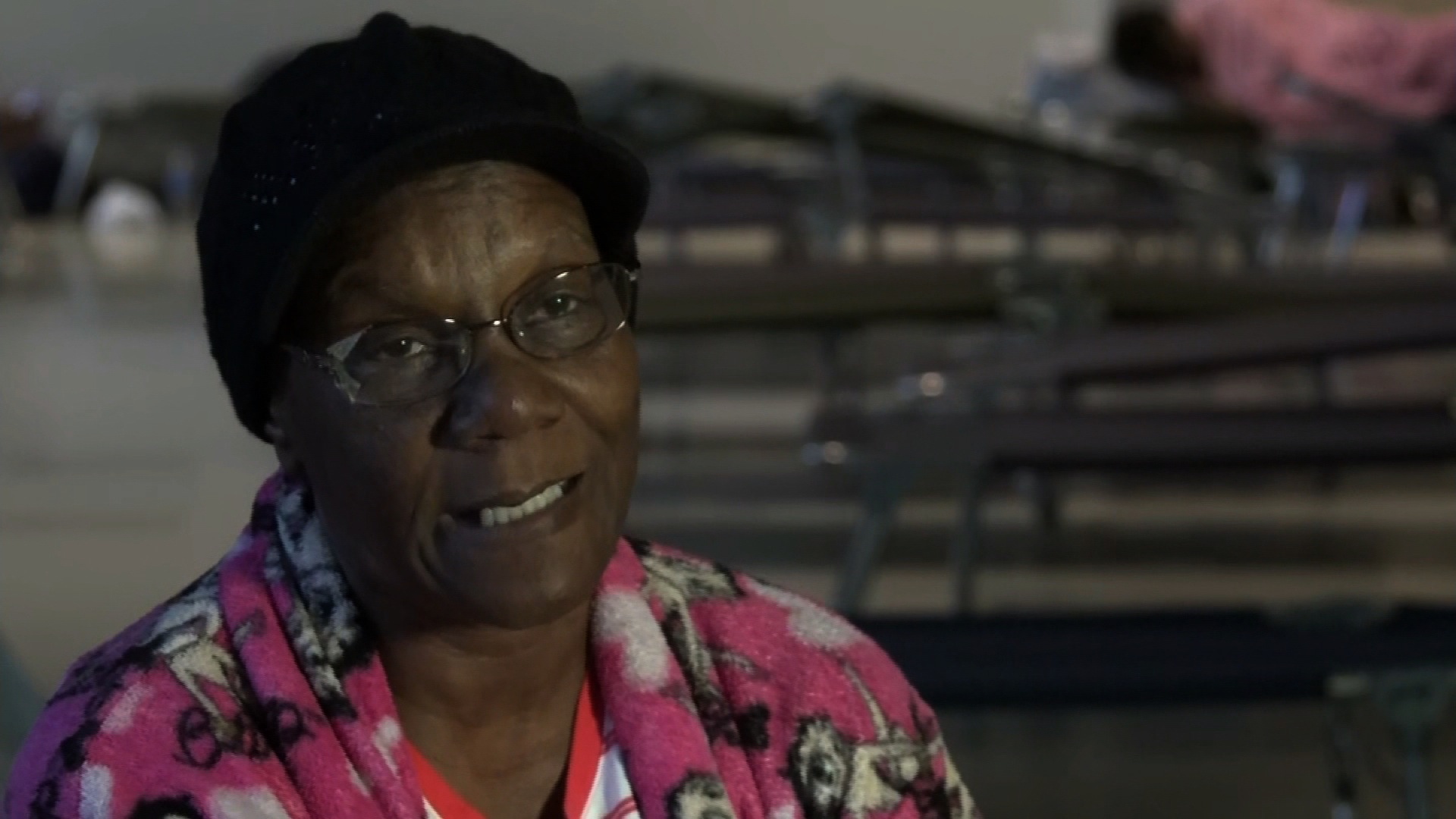 Webber said her son, who stayed behind in the trailer, told her a tree fell onto their trailer but didn't cause major damage.

Because of Hurricane Katrina, Webber said, she prefers to stay in shelters throughout major storms.

Webber is among the more than 300 people who arrived to shelters in Louisiana as Tropical Storm Barry approached landfall. 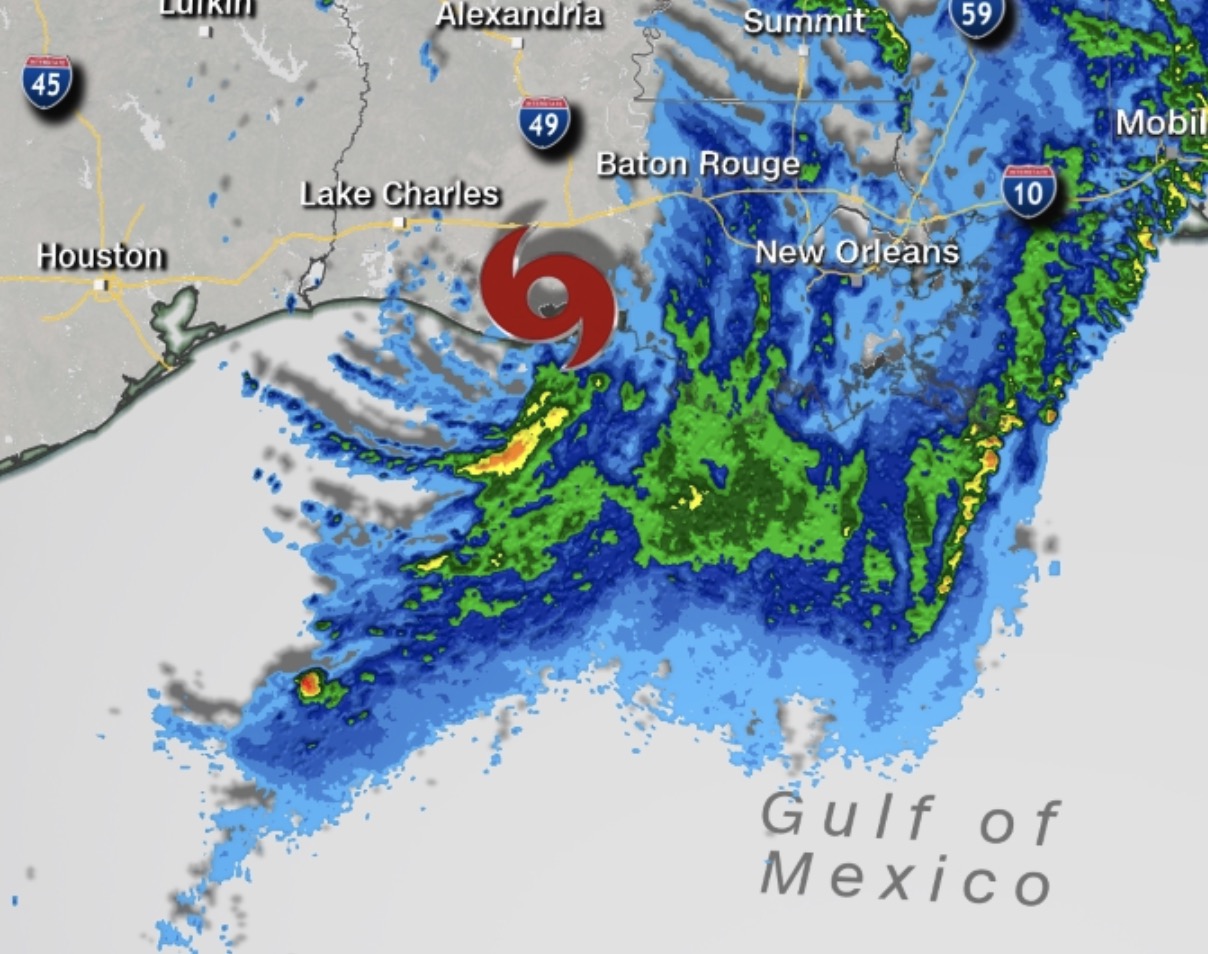 Barry made landfall this afternoon in Louisiana as a Category 1 hurricane, before being downgraded into a tropical storm. The system is now crawling north-northwest at 7 mph, brining extended downfalls that could prompt heavy flooding to the area.

Here's what you need to know about the storm:

While the center of Barry made landfall this afternoon, much of the storm has yet to come on shore.

"95% of this storm is still in the Gulf of Mexico, even though the center of the storm is on land. The northern half of this storm has never had a lot of activity with it, but now as the storm moves to the north, guess where the southern half is going to be? Right over parts of Texas, Louisiana, Mississippi and Alabama."

Parts of Louisiana and Mississippi could see more than 20 inches of rain through Thursday, according to the latest forecast.

The storm — which has maximum sustained winds of 65 mph — is about 20 miles Southwest of Lafayette, Louisiana. Much of costal Louisiana is still under a tropical storm warning (Parts of the coast had been under a hurricane warning earlier today). 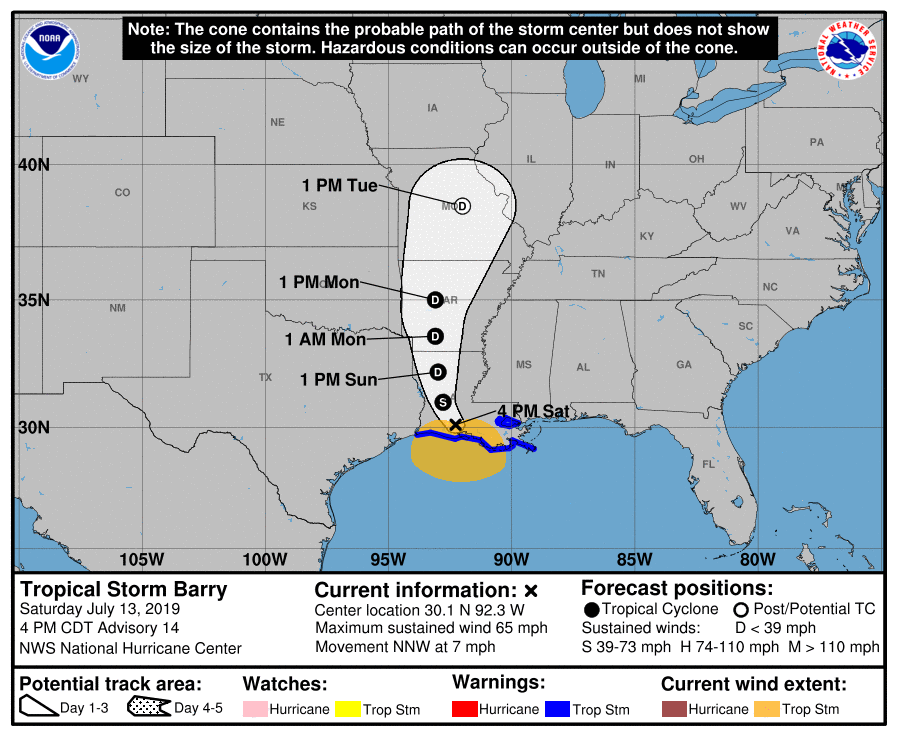 At least 118,876 customers are without power across the state of Louisiana as of 5 p.m. ET.

Black said it is unclear how many residents are in that zone or if any have evacuated at this time.

The parish is expecting a storm surge of 4 to 6 feet in certain areas, Black said. 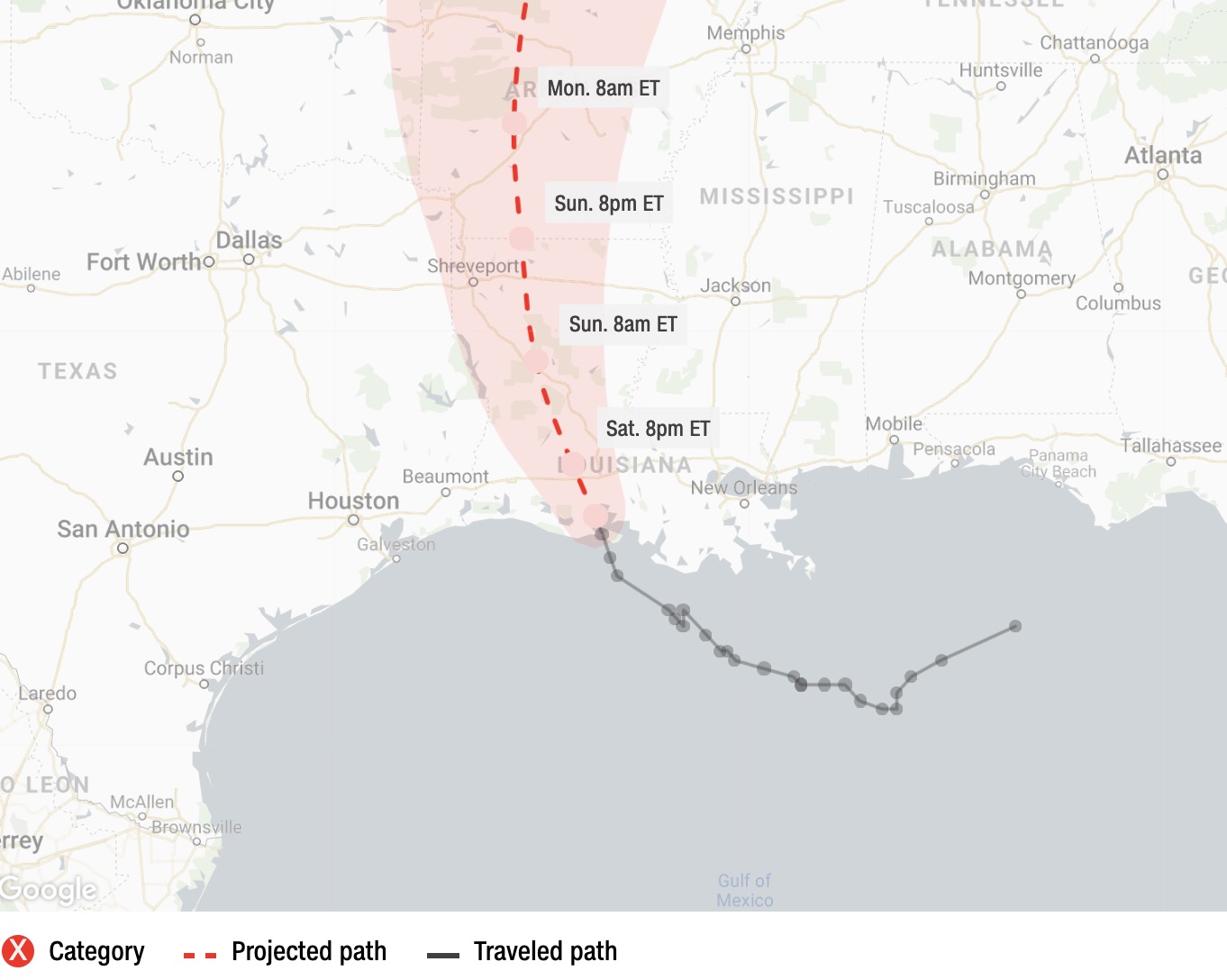 Barry made landfall in Louisiana earlier this afternoon. It's currently moving northwest at 6 mph.

According to the latest forecasts, the storm is expected to reach the Shreveport area by Sunday afternoon or evening.

You can track the storm here.

The United States Coast Guard remains “quite concerned” about Tropical Storm Barry despite the fact that the weather event was downgraded from a hurricane.

“It remains a very dangerous storm, particularly with regards to the amount of water that could be dropped in those areas with full river basins,” Rear Admiral Paul Thomas Commander Eighth Coast Guard District said.

The Coast Guard has been preparing for Barry and has plenty of resources and staffing ready to go as the storm passes through the Gulf Coast states.

Thomas said the Coast Guard learned and implemented lessons from Hurricane Harvey, where they were not prepared nor planned for dealing with 60 inches of rain in Houston. The federal agency updated operational methods to better “track who's calling for help, where they're calling for help from, which units are closest, how we can dispatch them so we have a better common operational picture,” Thomas said.