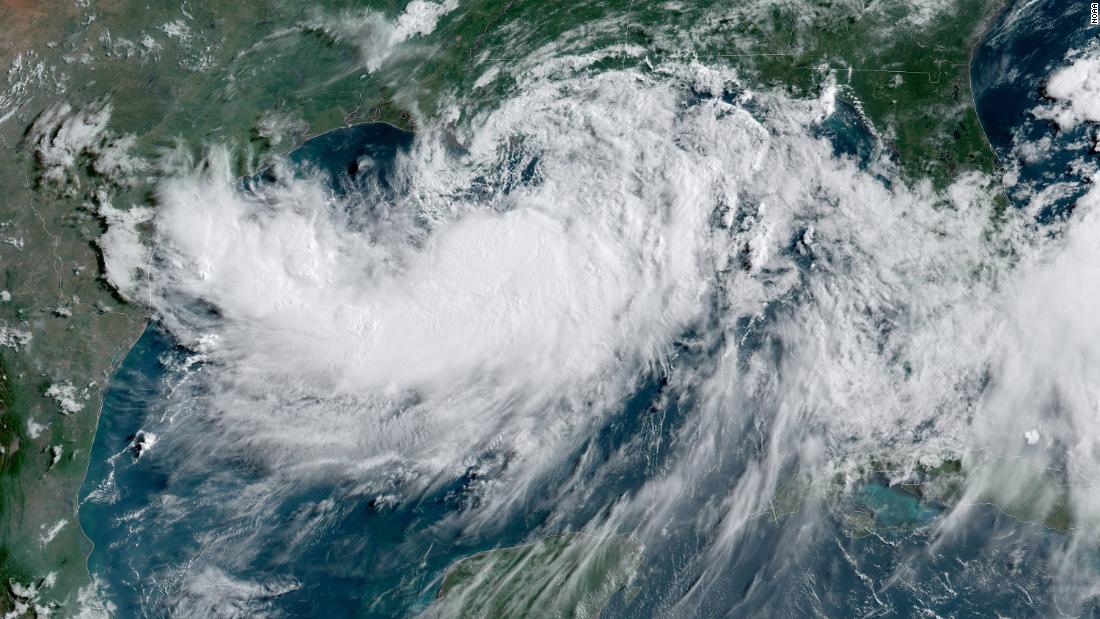 Tropical Storm Barry is just off the Gulf Coast and gaining power.

We're wrapping up our live coverage, but here's what you need to know about the storm:

You can follow the latest updates on Saturday here.

A new photo shows water washing over a highway in Golden Meadow, Louisiana, after it was closed off to traffic.

The highway was closed earlier today ahead of Tropical Storm Barry, according to Lafourche Parish spokesperson Caroline Eschette.

The photo shows Lafourche Parish Sheriff’s deputies standing in front of the washed out road.

“The best option is for our people to shelter in place so that we protect their lives,” Cantrell told CNN.

In making the decision whether to call for an evacuation, Cantrell said, “Time was not on our side.”

"Due to the closure and anticipated high water on the roadways, public safety personnel will be unable to respond to calls for service," she tweeted.

The Department of Health and Human Services has declared a public health emergency in Louisiana in preparation for the impact from Tropical Storm Barry.

HHS has also staged around 100 public health officials along with supplies in the region.

“We are fully prepared to support communities that need our help due to the storm,” Health and Human Services Secretary Alex Azar said in a statement Friday. “We are working closely with state health and emergency management officials to anticipate the communities’ healthcare needs and be ready to meet them.”

The Regional Transit Authority in New Orleans will suspend services tonight ahead of the storm.

Services will be suspended starting 8 p.m. local time (9 p.m. ET) as part of an order to shelter in place, which will also start at the same time, the RTA tweeted.

Louisiana Sen. John Kennedy on Friday said that while Tropical Storm Barry will be a “serious storm,” the people in his home state are “as ready as we can be” to handle the extreme weather coming.

“That doesn’t mean that this is going to be a cake walk, or this is the big rock candy mountain here," Kennedy said.

He said his biggest concern is the heavy rain.

"Water is our concern. No. 1, you get 10 to 20 inches of rain — you're gonna flood even if you're on Pikes Peak. We also were concerned about the levees overtopping," the senator said.

Kennedy continued: "I've been through a lot of these. Every storm is different, but they have two things in common: they make you realize that the power of nature can humble the power of human beings anytime it wants to and the other thing I always learn is if you are not scared, you're either a fool or a liar."

Kennedy was Louisiana's state treasurer when Hurricane Katrina hit, the senator said. He said the state is “infinitely better prepared” to endure Barry than it was to take on Katrina.

“[Katrina] was a dumpster fire at all levels — federal, state and local,” Kennedy said. “We had nowhere to go but up.”

Tropical Storm Barry is expected to be a hurricane when it makes landfall on Saturday, according to the National Hurricane Center's latest advisory.

The hurricane center warned of a dangerous storm surge, heavy rain and high winds across the northern and central Gulf Coast. According to the forecast, Barry will make landfall over the central Louisiana coast on Saturday.

"Strengthening is forecast before landfall, and Barry is expected to be a hurricane when the center reaches the Louisiana coast on Saturday. Weakening is expected after Barry moves inland," the hurricane center said.

Here's a look at the latest storm predictions: 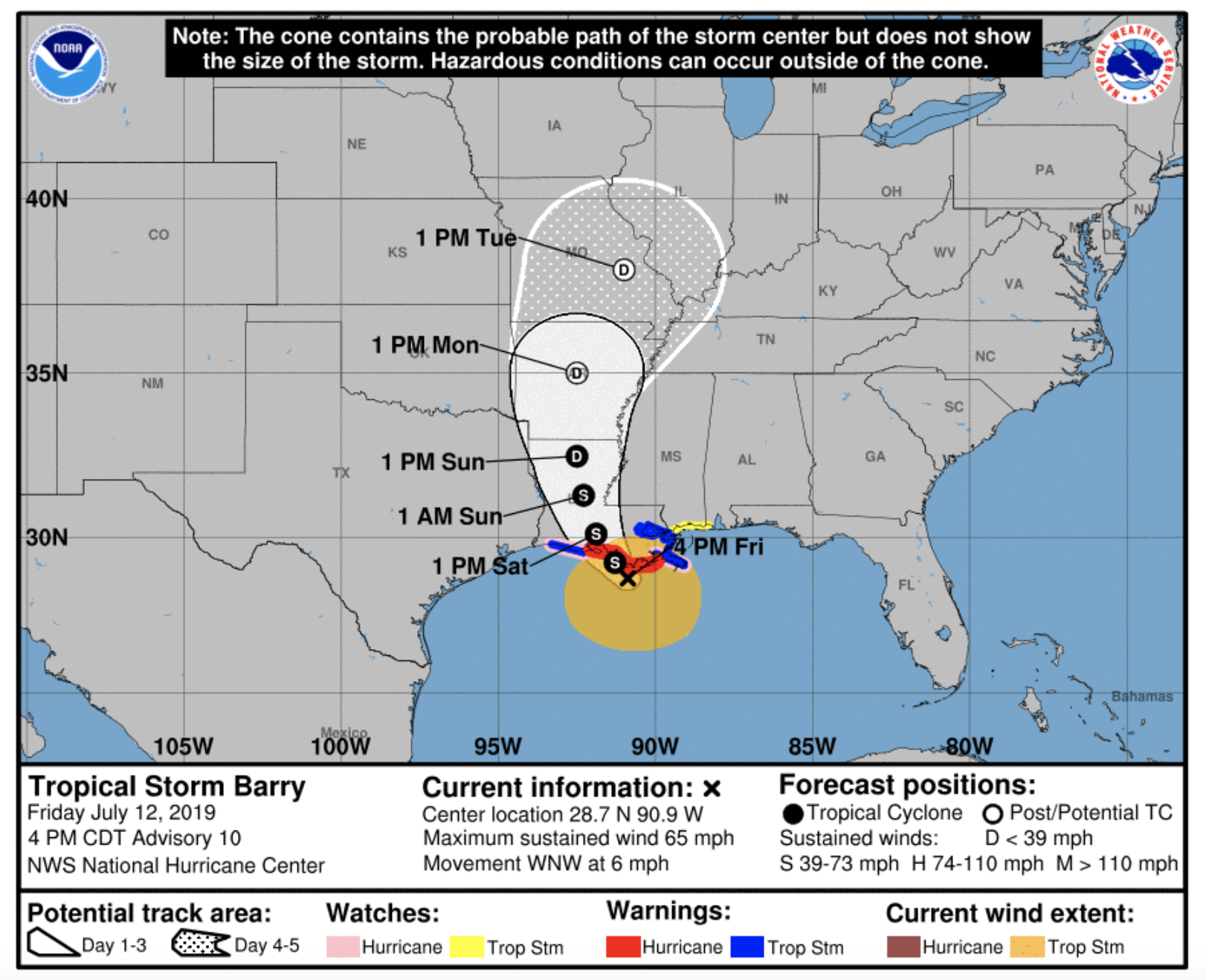 The American Red Cross is making resources available to Louisiana ahead of Tropical Storm Barry.

In a statement, the organization said they are mobilizing volunteers, shelters, relief supplies, vehicles and other equipment for people on the coast.

Here are some of the resources they will have available and how you can take advantage of them if you are stuck in the storm: