Our live coverage of the mass shooting in Texas has moved here.

Tess Marie Mata, 10, has been identified as one of the victims killed at Robb Elementary, her sister told the Washington Post.

The 10-year-old was currently saving money so that the whole family could go to Disney World, Mata said.

“My precious angel you are loved so deeply. In my eyes you are not a victim but a survivor. I love you always and past forever baby sister, may your wings soar higher then you could ever dream,” Mata posted on Twitter.

Eliahana 'Elijah' Cruz Torres, 10, has been identified as one of the victims killed at Robb Elementary, her aunt Leandra Vera told CNN.

“Confirm she passed,” Vera said. “Our baby gained her wings.”

Eliana "Ellie" Garcia, 9, has been named as one of the victims of the shooting at Robb Elementary.

Rogelio Lugo and Nelda Lugo, Eliana's grandparents, told the LA Times that she was a fourth-grader at the school and the second-eldest of five girls in the family.

She loved the movie "Encanto," cheerleading and basketball, according to her grandparents. They added that she dreamed of becoming a teacher.

US Border Patrol Chief Raul Ortiz said dozens of on-duty and off-duty agents responded to the shooting in Uvalde, Texas, on Tuesday, adding that as soon as officers arrived, "they didn’t hesitate."

"We responded from various locations. I had both on-duty, off-duty, folks that were in a training environment all responded to this location," Ortiz said, adding between 80-100 officers responded.

"They didn’t hesitate. They came up with a plan. They entered that classroom and they took care of the situation as quickly as they possibly could," Ortiz told CNN’s Anderson Cooper.

Among those who responded were members of the Border Patrol Tactical Unit, or BORTAC, which is a specialized unit made up of highly trained officers that respond to "emergent and high-risk incidents," according to the agency.

One agent was injured and has since been released from the hospital.

"I talked to my officers and certainly talked to the agent that was injured yesterday. Nothing prepares you for a scene like they saw and witnessed yesterday," Ortiz said.

Border Patrol will participate in the investigation, given its involvement.

Earlier Wednesday, Chief Jason Owens, who heads the Del Rio sector for Border Patrol, told CNN’s Mark Morales that the uniforms of the agents who responded to the scene were "covered in blood."

"I took my agents back to the Uvalde station. I had to bring new uniforms for them to change into. This was a travesty and a tragedy on the level that few people will ever see, and nobody should have to see," Owens said, stressing that the response was a joint law enforcement effort.

US Customs and Border Protection has a large presence in Uvalde, which is located about 60 miles from the Texas-Mexico border. Some agents had family members who attended the school, according to Owens.

"I had agents that were responding to this scene that had kids in there that they didn’t know were okay or not. We had a couple that were impacted by this. And we had one agent that lost a granddaughter, we had others that lost extended family members," Owens said. 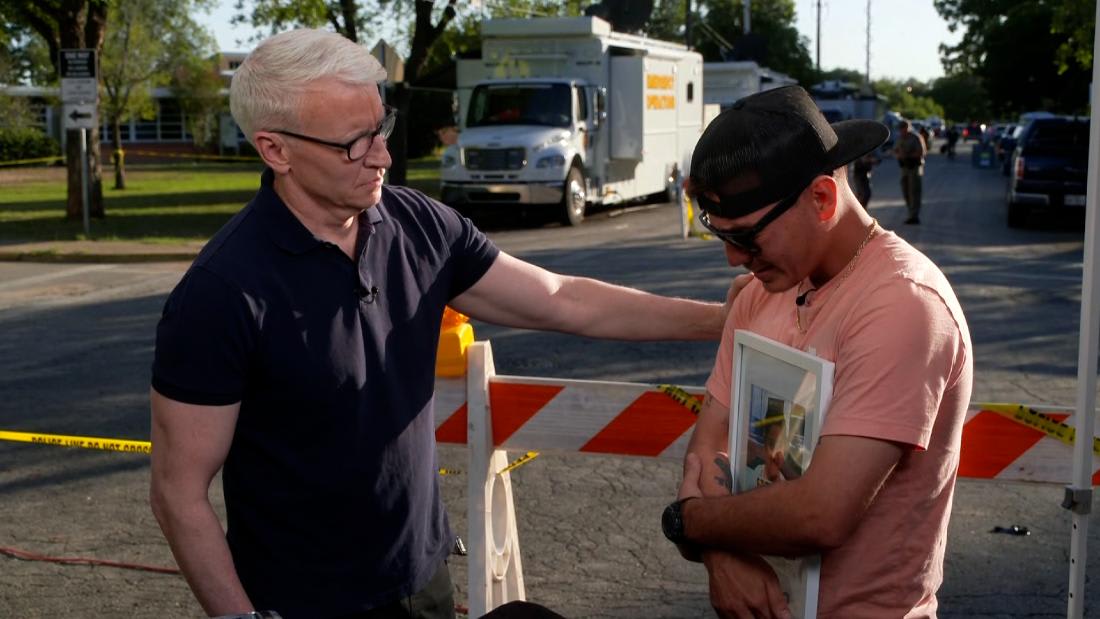