NTSB Chairman Robert Sumwalt speaking at a media briefing said one passenger has died in the incident involving Southwest flight 1380.

The Fire Commissioner of Philadelphia, when asked by reporters if SW Airlines 1380 was in a “free fall” as described by some passengers on social media, referred the question to the NSTB but added during an emergency landing descent “happens in a fairly rapid manner.” 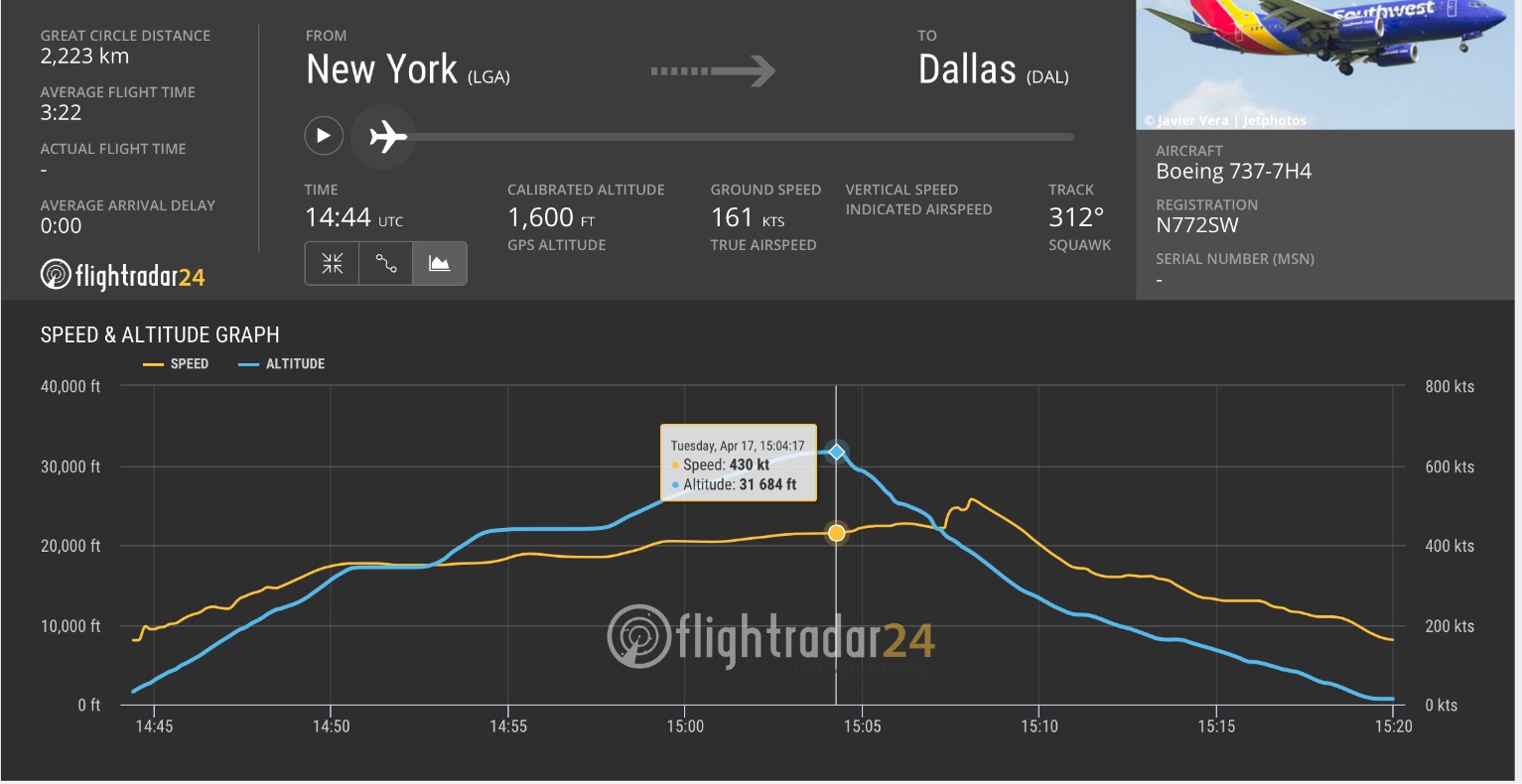 Marty Martinez was sitting two rows behind the window that was blasted out on the Southwest flight. Martinez said an older woman was sitting in the window seat next to it, and parts of her body were "sucked" toward the hole.

"She wasn't like sucked out of the window or pulled out. But her like arms and her body were sucked, like sucked in that direction, from my vantage point. So you see people, from the back of the seat, holding onto her, you know, trying to keep her contained," Martinez told CNN.

Meanwhile, other passengers were trying to patch the hole in the plane.

"People in the other rows are — just trying to plug the hole, which sounds ridiculous, because you know people are using jackets and things, and it's just being sucked right out," he told CNN.

What happened? Southwest flight 1380 was traveling from New York City's LaGuardia airport to Dallas when one of its engines was damaged. The plane made an emergency landing in Philadelphia, where passengers used air stairs to disembark the aircraft, the statement said.

Who was hurt? One passenger from Southwest Airlines 1380 was taken to a hospital in critical condition, fire officials said. They also treated seven people on scene for minor injuries.

What does the plane look like now? The crew reported damage to one of the aircraft's engines as well as the fuselage and a window, the FAA said in a statement. Here's a photo from CNN affiliate KYW showing the plane's damaged engine: 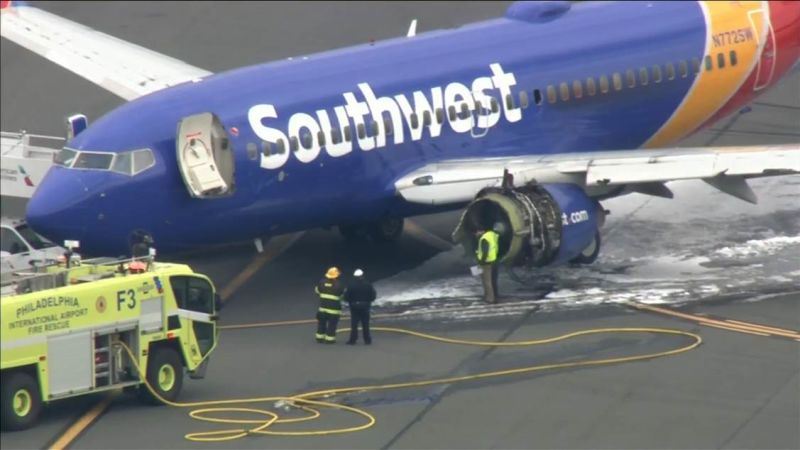 What was it like to be on the plane? Passenger Kristopher Johnson described what happened to CNN. "All of a sudden we just heard this loud bang, rattling and then it felt like one of the engines went out. The oxygen masks dropped and flight attendants did a good job." He added that the emergency landing was "stable" and "relatively smooth."

What happens now? The National Transport Safety Bureau is sending “a go-team” to Philadelphia to investigate Southwest engine incident. The bureau will hold a press conference around 3 p.m. ET.

One passenger on board the Southwest flight was hospitalized in critical condition, fire officials said in a press conference this afternoon.

They also treated another seven patients on scene for minor injuries.

There were 143 passengers and five crew members on board.

"The passengers and crew on board did some pretty amazing things under difficult circumstances," said Adam Thiel, Philadelphia Fire Department commissioner.

Thiel said crisis counselors are on their way to the scene.

The Federal Aviation Administration has lifted the ground stop at the Philadelphia airport, which it put into place earlier this morning following the emergency landing. 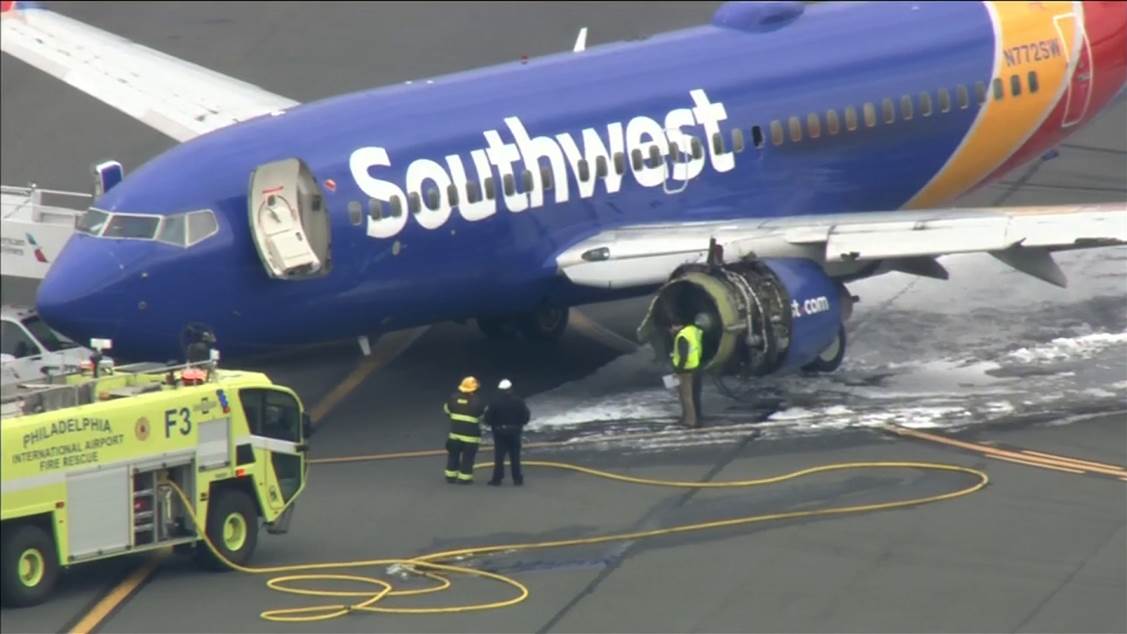 CNN affiliate KYW shows what appears to be a blown-out window on Southwest flight #1380 at Philadelphia International Airport. You can see the shredded engine and window where debris apparently shattered it. 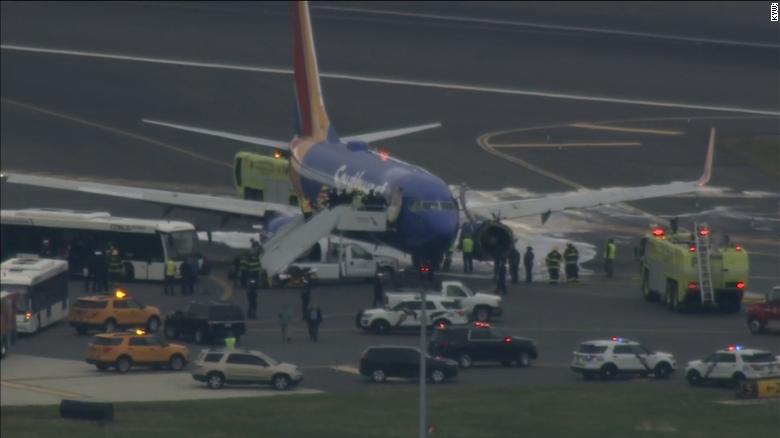 The National Transport Safety Bureau is sending “a go-team” to Philadelphia to investigate Southwest engine incident.

The NTSB Chairman Robert Sumwalt will hold a short media briefing at at 3 p.m. ET.

No further detail is immediately available.

The plane flying from New York to Dallas had to make an emergency landing in Philadelphia on Tuesday morning after one of its engines malfunctioned, according to a passenger.