Passenger Kristopher Johnson took this photo and shared it to Twitter, thanking the Southwest crew "for a great job getting us to the ground safely after losing in engine." 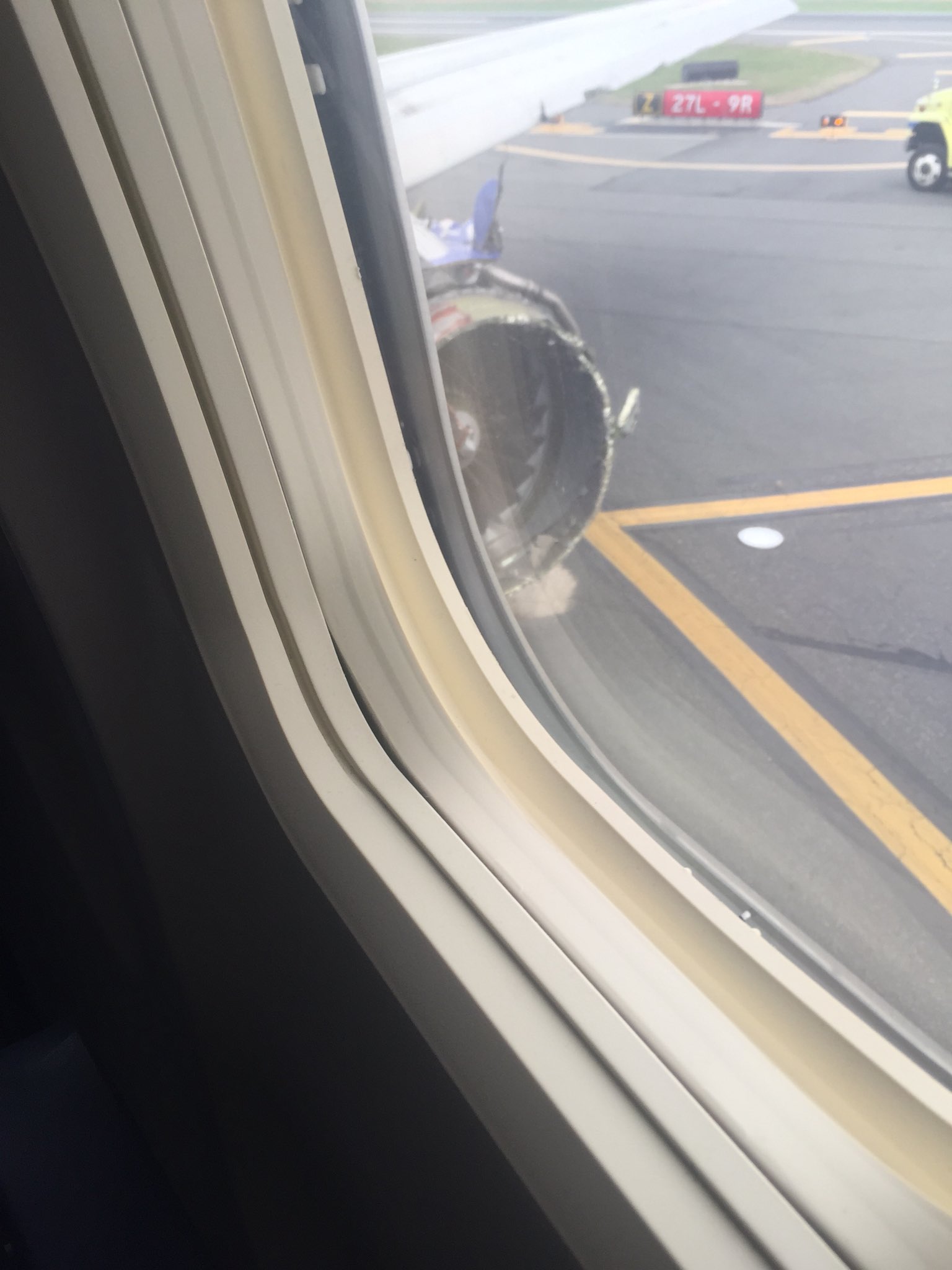 Southwest Airlines released a statement on flight 1380, which made an emergency landing in Philadelphia while on its way from New York City to Dallas.

"The aircraft, a Boeing 737-700, has 143 Customers and five Crewmembers onboard. We are in the process of gathering more information," the airline said.

Here's the full statement from Southwest:

“We are aware that Southwest flight #1380 from New York La Guardia (LGA) to Dallas Love Field (DAL) has diverted to Philadelphia International Airport (PHL). We are in the process of transporting Customers and Crew into the terminal. The aircraft, a Boeing 737-700, has 143 Customers and five Crewmembers onboard. We are in the process of gathering more information. Safety is always our top priority at Southwest Airlines, and we are working diligently to support our Customers and Crews at this time.”

A map from FlightAware shows Southwest Flight 1380 was headed west/southwest when it took a sharp turn east, back towards Philadelphia. 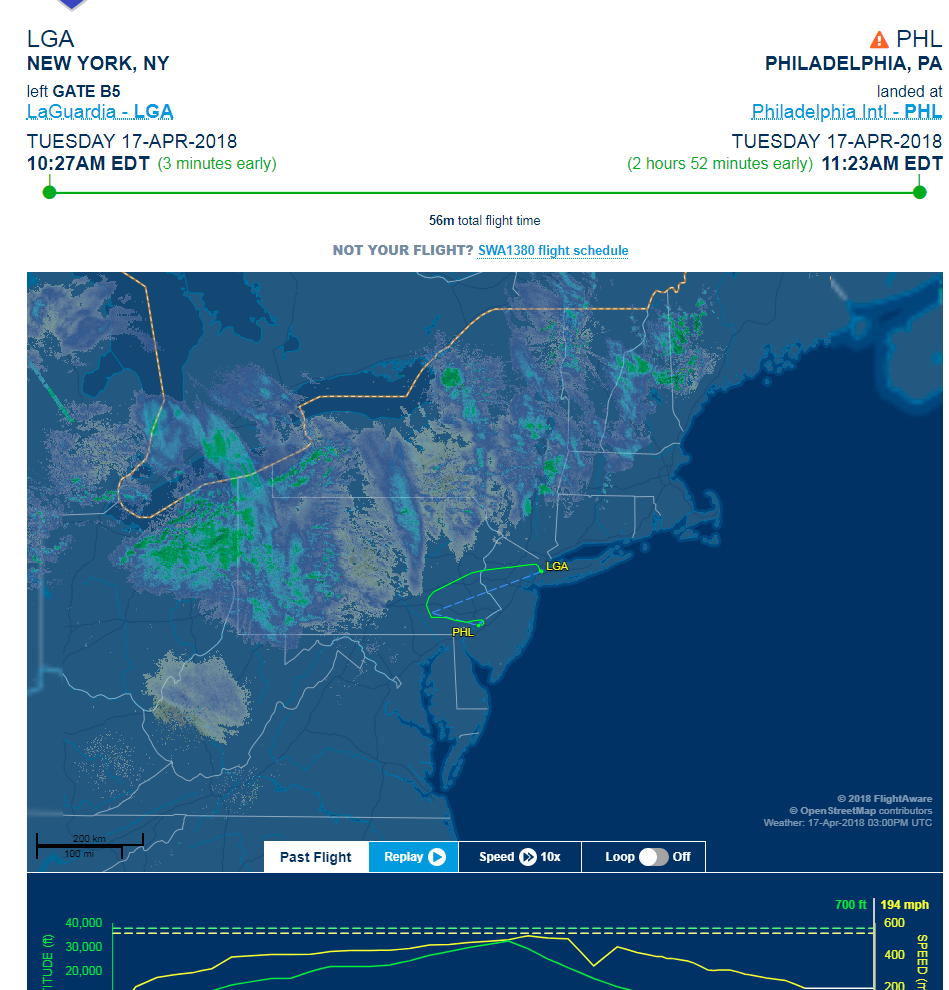 A passenger on board Southwest Flight 1380, which was headed from New York to Dallas, tells CNN that the plane was diverted to Philadelphia when the aircraft’s left side engine was lost.

"We left LaGuardia [on SWA 1380] heading to Dallas and we were west of Philly when we lost the left side engine and diverted to Philly," the passenger said.

"Shrapnel hit the window causing a serious injury; no other details about that, several medical personal on the flight tended to the injured passenger," they added. 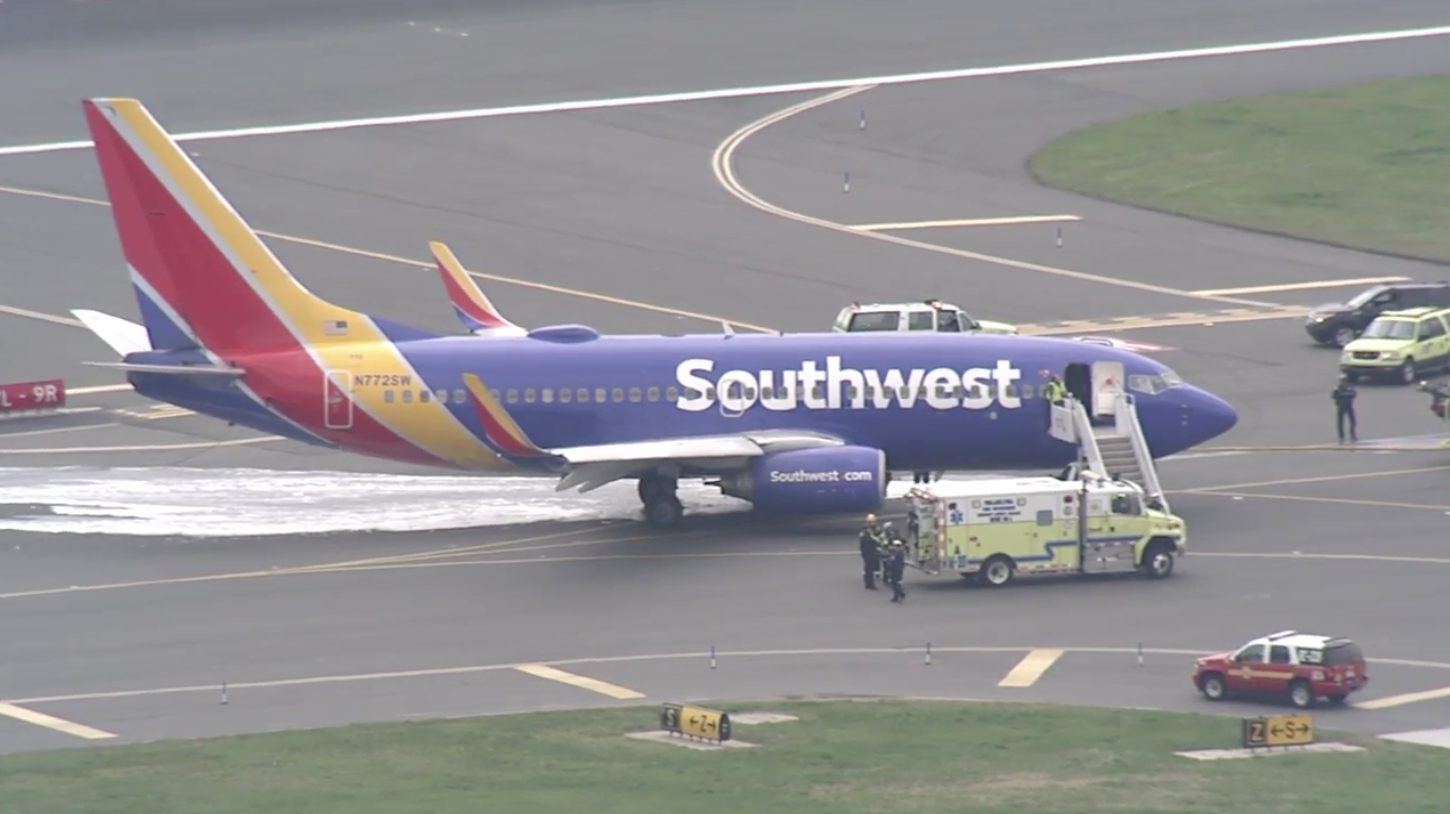 CNN affiliate WPVI-TV reports Southwest Flight 1380 left LaGuardia Airport in New York City and was en route for Dallas when something went wrong with the plane and it was diverted to Philadelphia International.

The landing was described as "safe."

A large amount of fluid was seen under and trailing behind the left side of the plane, and firefighters were seen helping passengers from the plane.

The Southwest plane that made an emergency landing in Philadelphia was seen surrounded by emergency vehicles and passenger buses. Passengers carrying luggage could be seen calmly deplaning the aircraft and boarding the buses.