Our live coverage of the 18th anniversary of the 9/11 terror attacks has ended.

Americans across the country marked the 18th anniversary of the 9/11 terror attacks today.

Family members of those killed in the attacks gathered in New York City this morning at the National September 11 Memorial & Museum, the site of the World Trade Center in New York City.

The names of the victims were read and the crowds observed two moments of silence — for when each of the planes struck the World Trade Center.

Here's what else happened today:

Family members of those killed in the 9/11 terror attacks gathered in New York City this morning at the National September 11 Memorial & Museum, the site of the World Trade Center in New York City.

The names of the victims were read and the crowds observed two moments of silence — for when each of the planes struck the World Trade Center.

Here are some scenes from the September 11 memorial this morning:

Many 2020 Democrats are marking the 18th anniversary of the 9/11 terror attacks with tributes on Twitter.

Here's how some of the candidates are honoring the victims and remembering the day: 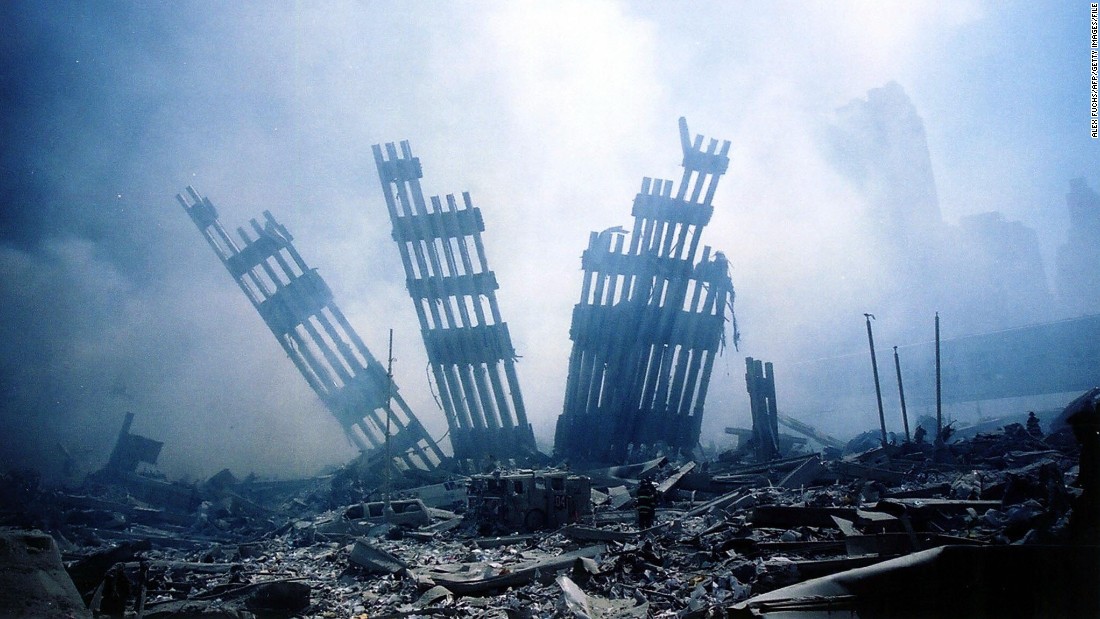 On Sept. 11, 2001, two filmmakers making a documentary about a New York firefighter found themselves instead documenting the attacks in Lower Manhattan.

Right after the first plane crashed, Jules Naudet followed FDNY rescue crews into the burning North Tower of the World Trade Center. His brother Gédéon Naudet filmed back at the firehouse before making his way to Ground Zero. The video they captured would later become a documentary: "9/11." The brothers, along with retired firefighter and filmmaker James Hanlon, spoke to CNN about their experiences.

Their footage — raw, chaotic and nearly inconceivable — offers a rare look into a day that continues to haunt the nation.

You can watch the footage, moment by moment, here. 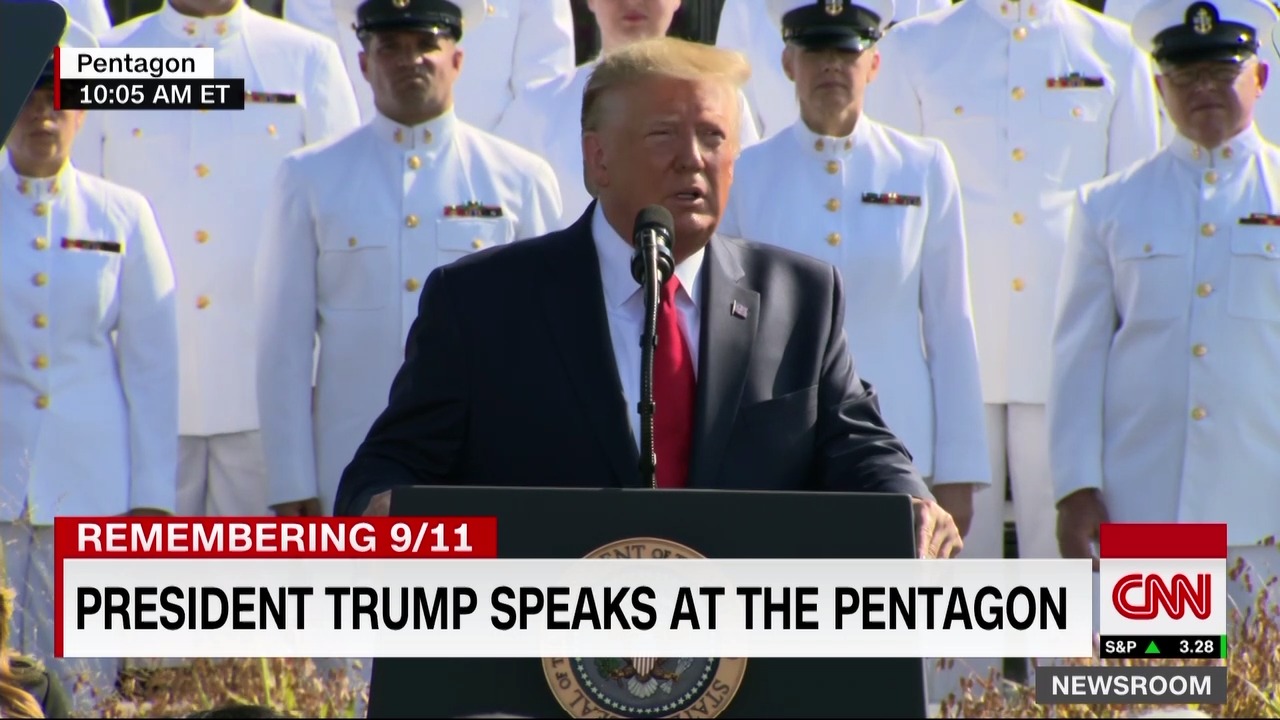 Days after President Trump scrapped peace talks at Camp David with Afghan and Taliban leaders, he discussed the decision during a somber event commemorating the 18th anniversary of the September 11 attacks.

“We had peace talks scheduled a few days ago,” Trump said at the Pentagon event, adding that he cancelled the talks after a Taliban car bomb killed a US soldier and 11 others last week.

“They thought they would use this attack to show strength, but actually what they showed is unrelenting weakness,” he said.

Trump claimed that in the last four days, “We have hit our enemy harder than they have ever been hurt before and that will continue.” That line garnered applause.

And, he warned, “If for any reason they come back to our country, we will go wherever they are and use power the likes of which the United States has never seen before.”

He clarified that the US would not use nuclear power, but said, “They have never seen anything like what will happen to them.”

He has made these comments before — but not in the setting of a September 11 commemoration. 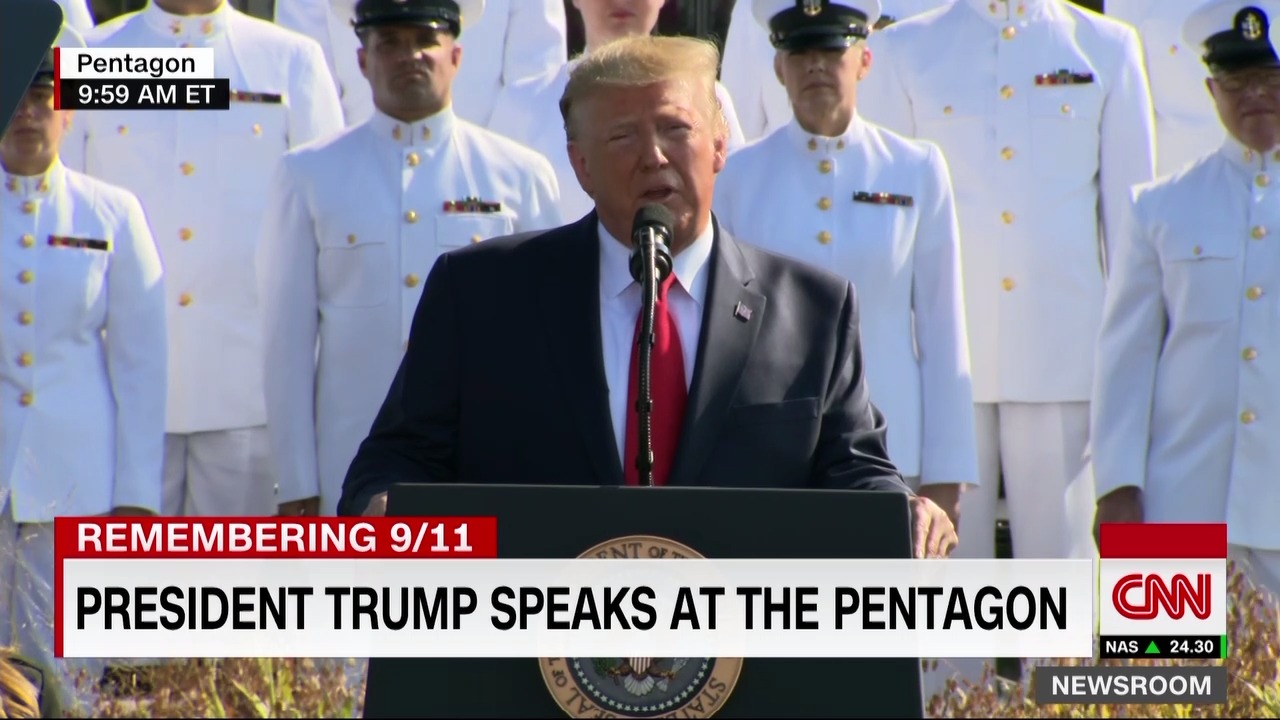 President Trump is speaking at the Pentagon, at a ceremony marking the 9/11 anniversary.

"For every American who lived through that day, the September 11 attack is seared into our soul," Trump said. "It was a day filled with shock, horror, sorrow and righteous fury."

The President recounted how he learned about the news in 2001:

"I was sitting at home watching a major business television show early that morning. Jack Welch, the legendary head of General Electric was about to be interviewed when all of a sudden they cut away. At first, there were different reports. It was a boiler fire. But I knew that boilers aren't at the top of a building. It was a kitchen explosion in Windows on the World. Nobody really knew what happened."

The President then extended his sympathies to the families of the victims.

"To each of you, the first lady and I are united with you in grief," he said. "We come here in the knowledge that we cannot erase the pain or reverse the evil of that dark and wretched day. But we offer you all that we have: our unwavering loyalty, our undying devotion and our eternal pledge that your loved ones will never, ever be forgotten. "

Earlier in the ceremony, the names of the 184 people who died in the Pentagon crash were read. The President and first lady also laid a wreath. 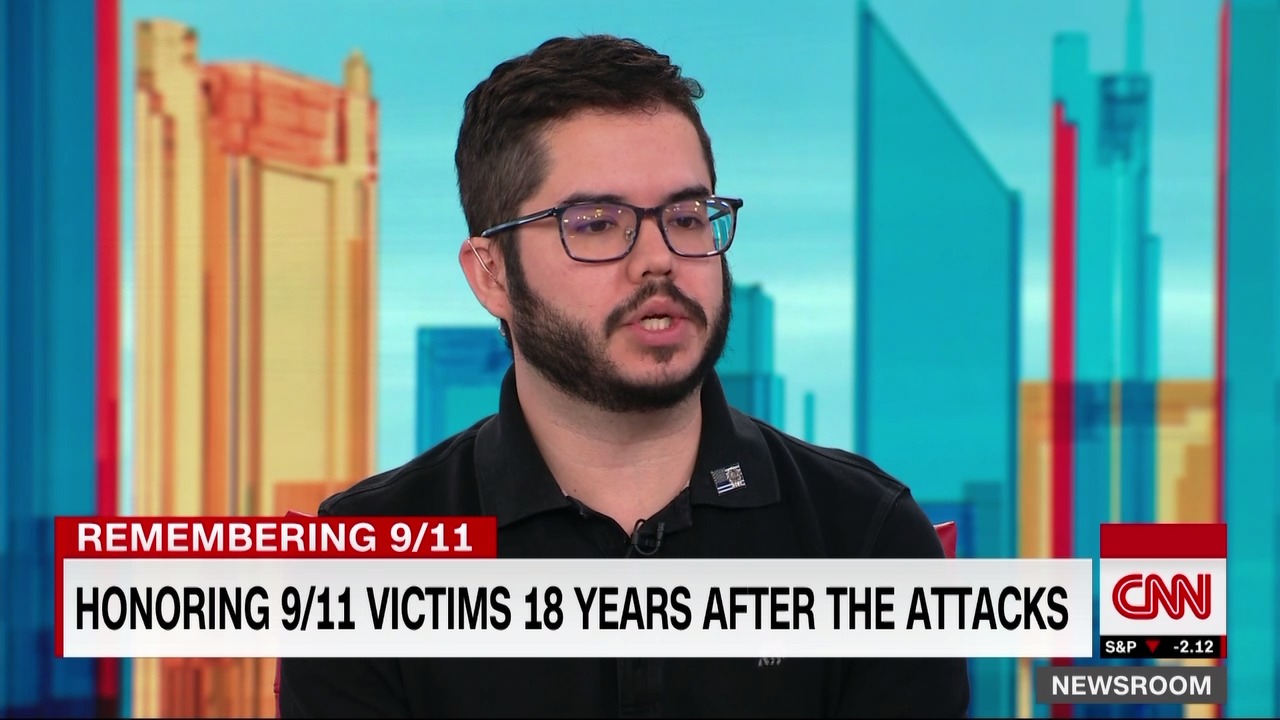 David Alvarez — the son of Luis Alvarez, the 9/11 first responder who died soon after giving emotional testimony before Congress — said this anniversary, the first without his dad, takes on a "whole new meaning."

Earlier this year, Alvarez, retired NYPD bomb squad detective, detailed his medical issues during an impassioned appeal for an extension of the September 11th Victim Compensation Fund. He died in June.

"The day has meant a lot to me ever since 2001, ever since 9/11," David Alvarez told CNN. "But, as you mentioned, this is the first time — first day of remembrance that I don't have my father with me. And it absolutely takes on a whole new meaning."

David Alvarez said caring for his father in his final weeks inspired him to go back to school to study nursing.

"My hope is to help care for other cancer patients. Hopefully other first responders as well," he said.

On Sept. 11, 2001, 184 people were killed at the Pentagon when hijacked American Airlines Flight 77 was crashed into the building, the potent symbol of US military might.

From 9:30 to 11 a.m. ET today, there will be a private ceremony at the Pentagon Memorial for survivors and families of those who were killed.

President Trump is scheduled to attend, and he'll give remarks around 9:45 a.m. ET. The public can visit the memorial after the ceremony is concluded

A ceremony marking the anniversary of 9/11 started at 8:40 a.m. ET this morning at the site of the World Trade Center in New York City.

The National September 11 Memorial & Museum invited family members of the victims of the 2001 attack as well as a 1993 attack. While the public isn't invited, you can watch the ceremony live on the museum's Facebook page or on 911memorial.org/live.

The memorial and museum will be reopen the public at 3 p.m. ET today.

And public is invited to the Tribute in Light that will shine upward from the 9/11 Memorial Plaza, which will be open until midnight. The museum's website says "the lights will be on beginning at sunset on September 11 and will fade away at dawn on September 12."