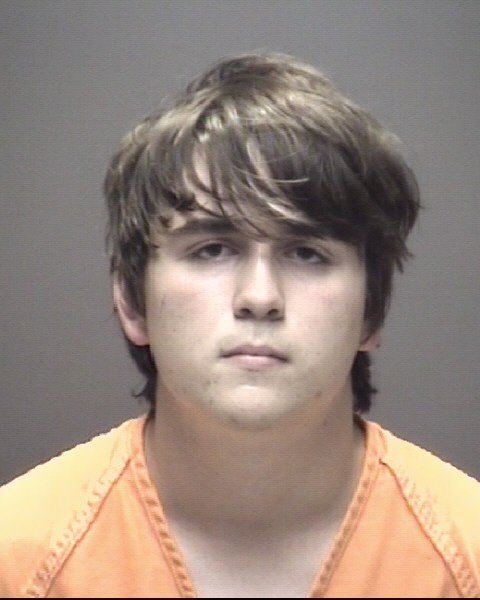 The Texas shooting suspect was wearing a long coat and hiding a shotgun underneath when he walked on to Santa Fe High School and opened fire, Lt. Gov. Dan Patrick said at news conference this afternoon.

He noted the temperature outside was approximately 90 degrees.

The police chief was on his way to the school when the first shots were reported, he said. The chief then managed to pull an injured officer to safety and return fire.

Patrick said two officers and a roving officer were assigned to the high school.

Retired Houston Police officer John Barnes was one of the people shot at Santa Fe High School, according to Raul Reyes, University of Texas Medical Board director of media relations.

Barnes is still in the operating room being treated for a gunshot wound to the arm.

Barnes was in critical condition earlier but his condition is not clear at this time, Reyes said.

The Texas high school shooting suspect used both a shotgun and a .38 revolver to kill 10 people in Santa Fe this morning, Texas Gov. Greg Abbott said at a press conference.

"Neither of these weapons were owned or legally possessed by the shooter," Abbott said, noting instead they were legally owned by his father.

"I have no information if the father was aware the son had taken these weapons," Abbott said.

Authorities found writings in the Texas shooting suspect's journals that indicated he wanted to take his own life, Texas Gov. Greg Abbott said.

"As you probably know, he gave himself up and admitted at the time he didn't have the courage to commit the suicide, that he wanted to take his own life earlier," Abbott added.

The Texas shooting suspect, who sources identified as Dimitrios Pagourtzis, had recently posted online a photo of a "custom T-shirt" emblazoned with the words, "BORN TO KILL."

The photo was posted to Facebook on April 30, along with several images of a black duster jacket with Nazi, communist, fascist and religious symbols in a separate post.

The background image of his Facebook profile page is the album cover of “Dangerous Days” by French electronic music artist “Perturbator.” A song on that album is called “Humans Are Such Easy Prey.”

Dimitrios Pagourtzis is suspected of conducting the shooting today at a Texas high school, Federal law enforcement officials tell CNN and confirmed to the Houston Chronicle by the Galveston County Sheriff’s Office.

March for Our Lives, a massive demonstration created by the students from the Feb. 14 shooting in Parkland, Florida, shared their support on Twitter for the victims of today's shooting at Santa Fe High School.

"Santa Fe, we are with you, and we will do whatever we can to support you as the days go on," the group tweeted.

Authorities are talking to the shooting suspect, who was also injured, according to a law enforcement official.

Investigators have not found the suspect in a system that tracks hand guns purchases.