Our live coverage has ended. Go here or scroll through the posts below to read more about the shooting at Santa Fe High School. 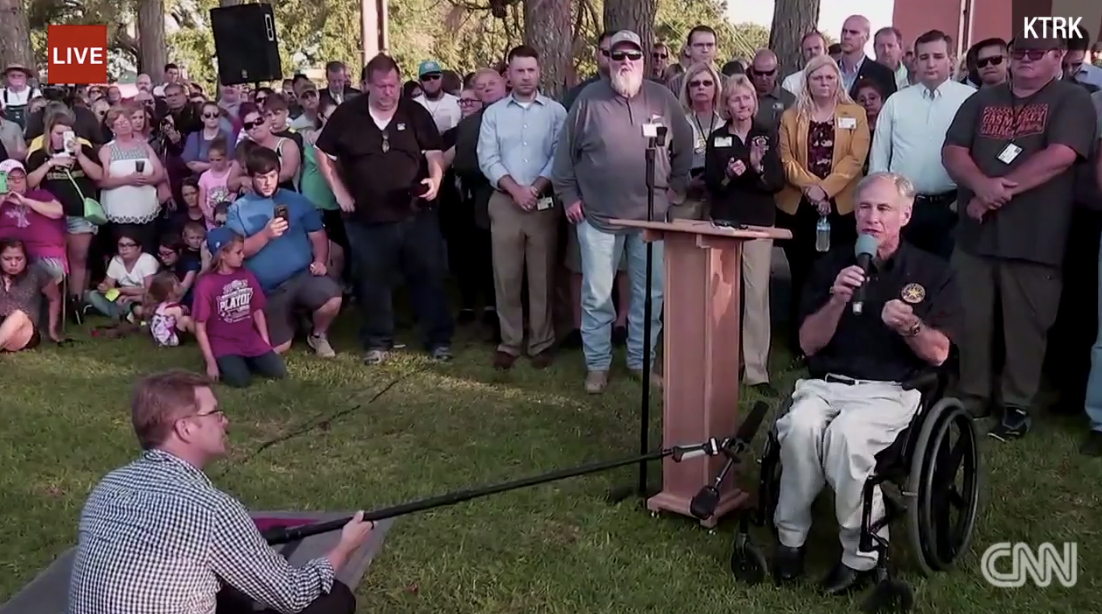 Texas Gov. Greg Abbott, speaking at a vigil tonight, assured residents that their voices will be heard.

Abbott will be holding public roundtables on Tuesday, Wednesday and Thursday to seek input from Texans and "come up with answers to address the challenge that Santa Fe faced today," he said.

"We have one common goal: no child, no parent, no student, no community should ever have to go through this again," he said.

All schools in the Santa Fe Independent School District will be closed on Monday and Tuesday, the district said.

"The Santa Fe Independent School District is committed to ensuring that all of our students and staff receive the care and support they need during this tragic time," the district said in a statement.

The district said school counselors and other support resources will be available for students and staff. 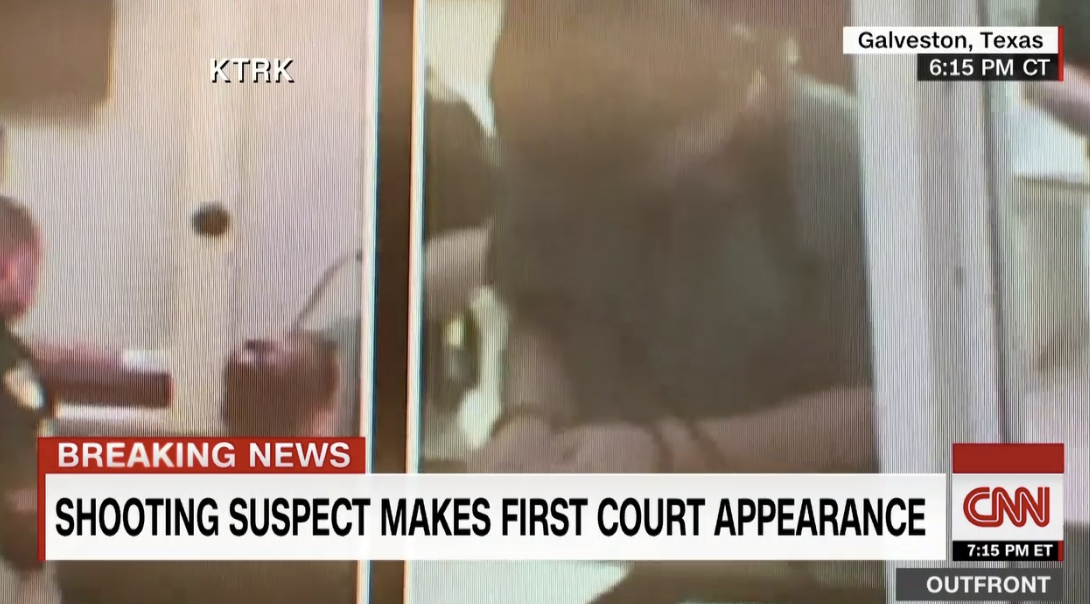 Pagourtzis, who appeared on video, told the judge he is a citizen and requested a court-appointed attorney during the brief appearance.

He is being charged with capital murder and aggravated assault of a public servant, the judge said.

Pagourtzis, 17, did not enter a plea and his bond was denied.

“School districts across Texas should consider installing metal detectors in all campus buildings," he said in a statement.

Turner said the detectors would detect weapons and deter anyone who is considers bringing a weapon into school.

"As we care about protecting travelers and visitors to federal, state and locally owned buildings, we must also show the same sense of urgency, concern, and compassion toward children and adults in schools," he said.

"Schools must be made to be as safe as airports and government buildings.” 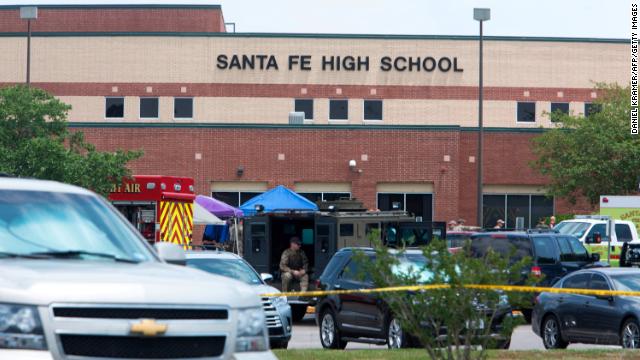 "What was briefed to the governor and myself was that there were really no warning signs," he told CNN. "They were so subtle that they would have been missed. We have not been able to ascertain any criminal history of the suspect so far or any outward overtures that would be concerning to anyone."

Henry said two explosive devices were found today, but "neither device was capable of detonating or discharging."

"They were two crude attempts to make an IED-looking device but not one that would function," he said.

Santa Fe High School and surrounding areas will remain a crime scene "for some time," as the investigation continues, the FBI's Houston field office tweeted this evening.

The FBI also asked people to "please avoid the area."

In a second tweet, the FBI said it was using several emergency response teams to comb through the scene.

“I don’t have anything to announce on that front at this point but certainly, the conversation is ongoing about the best ways to protect kids across the country,” she said.

Sanders said the school safety commission was activated today and will have a meeting early next week.

Vice President Pence vowed the Trump administration would not rest until schools were safe again.

Pence, speaking at a political event in Indiana today, said "it’s clear we have much more work to do" to stop school violence in the wake of the shooting at Santa Fe High School.

"I’ll make you a promise: we will not rest, we will not relent until we end this evil in our time and make our schools safe again," he said.

As similar questions arose like in the wake of the Parkland shooting, Pence tried to play up actions the administration had taken.

In March, the US House of Representatives passed a bill to fund more security at schools.