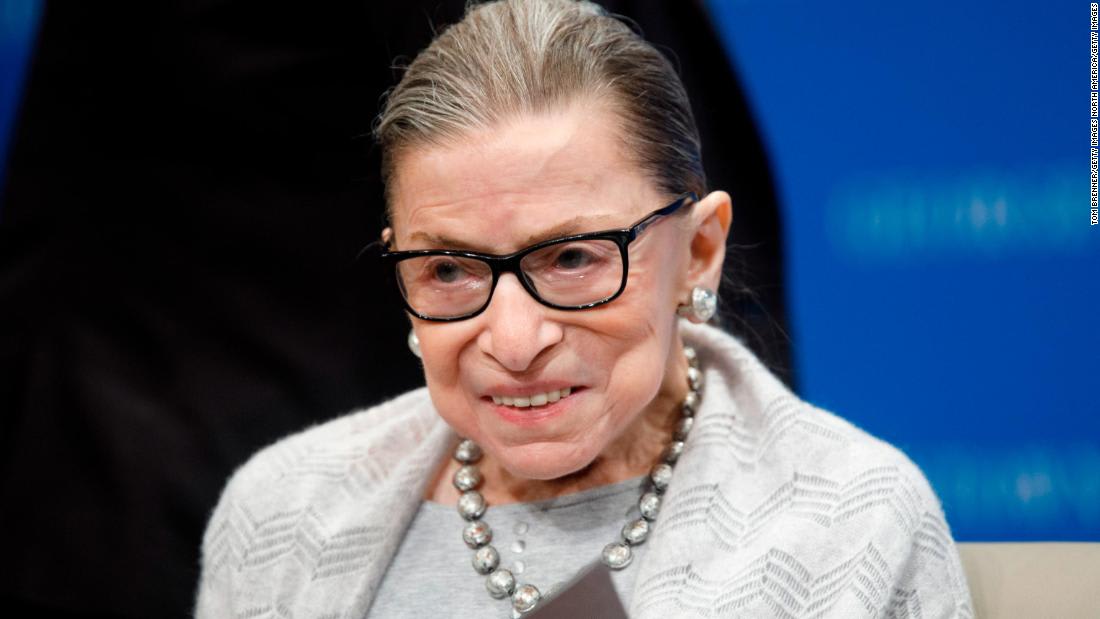 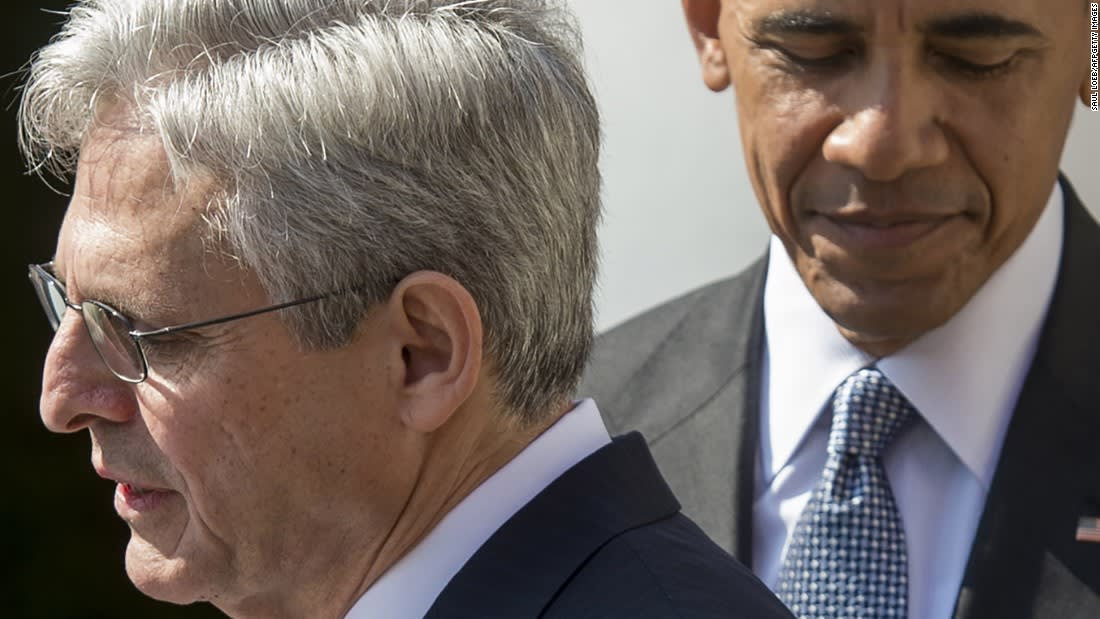 Officials feel confident in their ability to shepherd a potential nominee through the process on a condensed timeline, and say they will now await Trump’s signal on how to proceed.

The official said the process will be based in the Counsel’s office, led by Pat Cipollone, though it is expected chief of staff Mark Meadows will be heavily involved on Capitol Hill.

The official said several potential nominees have been through at least some type of vetting given the previous vacancies and the list Trump produced earlier this month, which could help expedite the process.

An additional official said the campaign and White House had planned to put out a short list of candidates to fill a vacancy should one become available before the election. Ginsburg's passing has altered that planning, but shows the White House was already paring down candidates and making a shorter list.

Editor's note: Joshua A. Douglas is a law professor at the University of Kentucky J. David Rosenberg College of Law. The views expressed in this commentary are his own.

While a law student at the University of Kentucky, the institution where I teach, Senator Mitch McConnell surely learned about the importance of justice and democracy. In the wake of Justice Ruth Bader Ginsburg's passing on Friday evening, there is one action that McConnell can take that may very well save our democracy: announce that the Senate will not consider a Supreme Court nomination until after Inauguration Day 2021.

Ginsburg was a trailblazer in many ways: for women's equality, voting rights, and so much more. Her passing leaves an amazing legacy.

But it also unfortunately occurred with only 46 days until Election Day, when the politics of the moment could not be more vitriolic. Within minutes of her passing, people were speculating as to whether Donald Trump would nominate a new justice and whether the Republican-controlled Senate would confirm someone before the next presidency.

Ginsburg herself made her wishes known as her dying declaration: "My most fervent wish is that I will not be replaced until a new president is installed."

Any other path, except for announcing a public pause to defuse the situation, would be extremely dangerous for democracy. 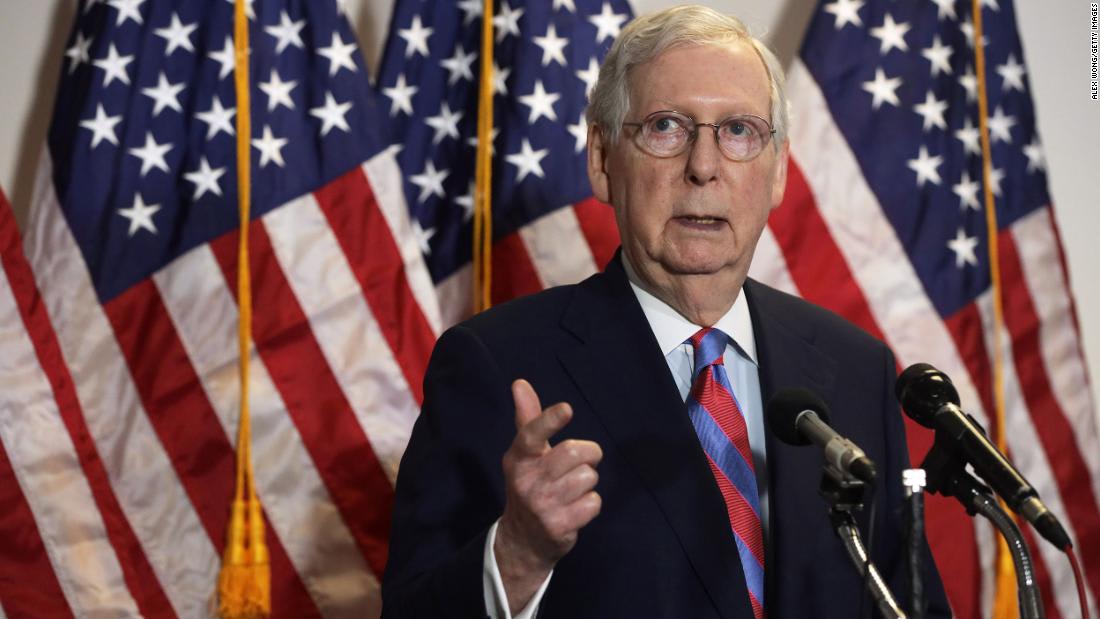 The death of Supreme Court Justice Ruth Bader Ginsburg on Friday -- followed by Senate Majority Leader Mitch McConnell's statement that "Trump's nominee will receive a vote on the floor of the United States Senate" -- creates a stark choice for the 52 GOP senators that boils down to this: Just how loyal are you to President Donald Trump?

Republicans face the very real possibility of losing both the White House and their Senate majority in November. Ginsburg's death creates what many conservatives view as a once-in-a-generation opportunity to move the makeup of the court from its current lineup of five conservative justices to four liberal justices to a more dominant 6-3 majority. And for Trump to appoint a third young justice -- both Neil Gorsuch and Brett Kavanaugh are under 60 -- who could help serve as the conservative foundation of the court for decades to come.

The countervailing force against all of that is tradition, the weight of history and just how much a senator's past statements actually matter. 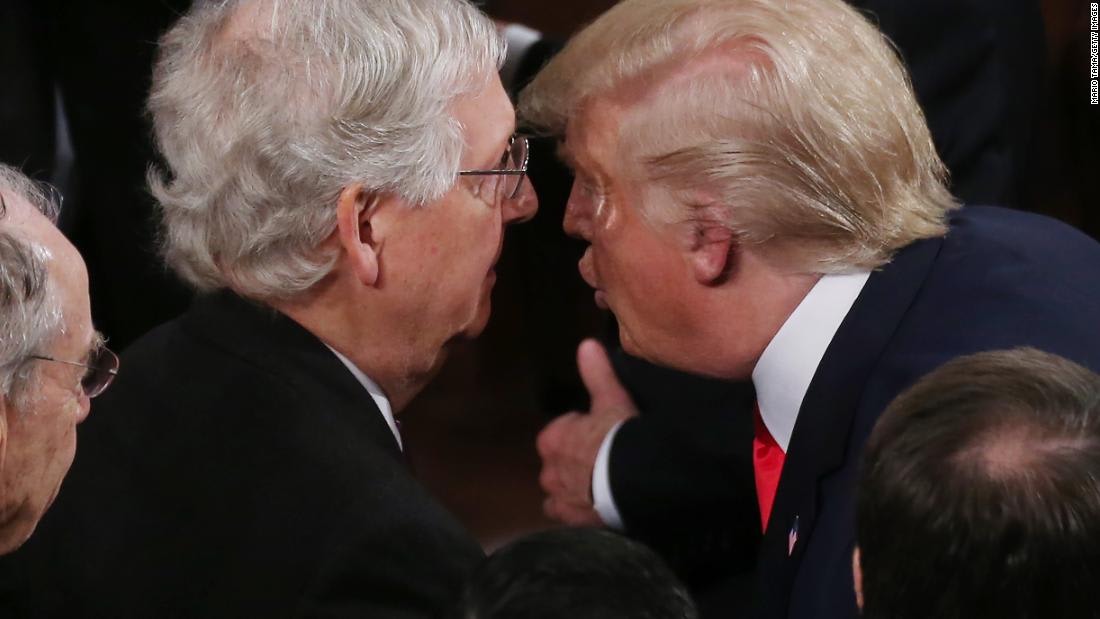 Analysis: RBG's death means Republican senators will face the ultimate test of their loyalty to Trump

Trump's first comments on Ginsburg's death came after a rally in Minnesota on Friday night where he appeared to hear the news for the first time from reporters. "Just died?" he responded, when asked about her death.

Michael Wille was at the new Eisenhower Memorial on Independence Avenue in Washington, DC, when he learned of the death of Ruth Bader Ginsburg from a tweet from CNN’s Kaitlan Collins.

He rushed to his car and drove to the Supreme Court to capture a memorial that has been set up on the steps for the late justice.

While gathered at the steps outside of the Supreme Court, a crowd broke out into applause to honor Ginsburg.

“The applause was spontaneous,” Wille said. “Some people on the steps just started doing it. And it continued for about 40 seconds.”

Even though he disagreed with Ginsburg’s judicial philosophy, Willie said he found her to be a brilliant legal mind who paved the way for so many women in the United States.

“She was a friend to Justice Scalia and their example of friendship is what we all could use during this year,” Wille said.

Watch a moment of the applause:

Christopher Scalia, the son of the late Supreme Court Justice Antonin Scalia, shared a few stories about Ruth Bader Ginsburg who shared a close friendship with his father.

"I'm very sad to hear about the passing of my parents' good friend, and my father's wonderful colleague, Justice Ginsburg," he tweeted. "May her memory be a blessing."

He went on to share a couple of passages from his father's book "Scalia Speaks: Reflections on Law, Faith, and Life Well Lived" that he said "convey what she meant to my dad." The passages include his father's sentiments about his friendship with Ginsburg.