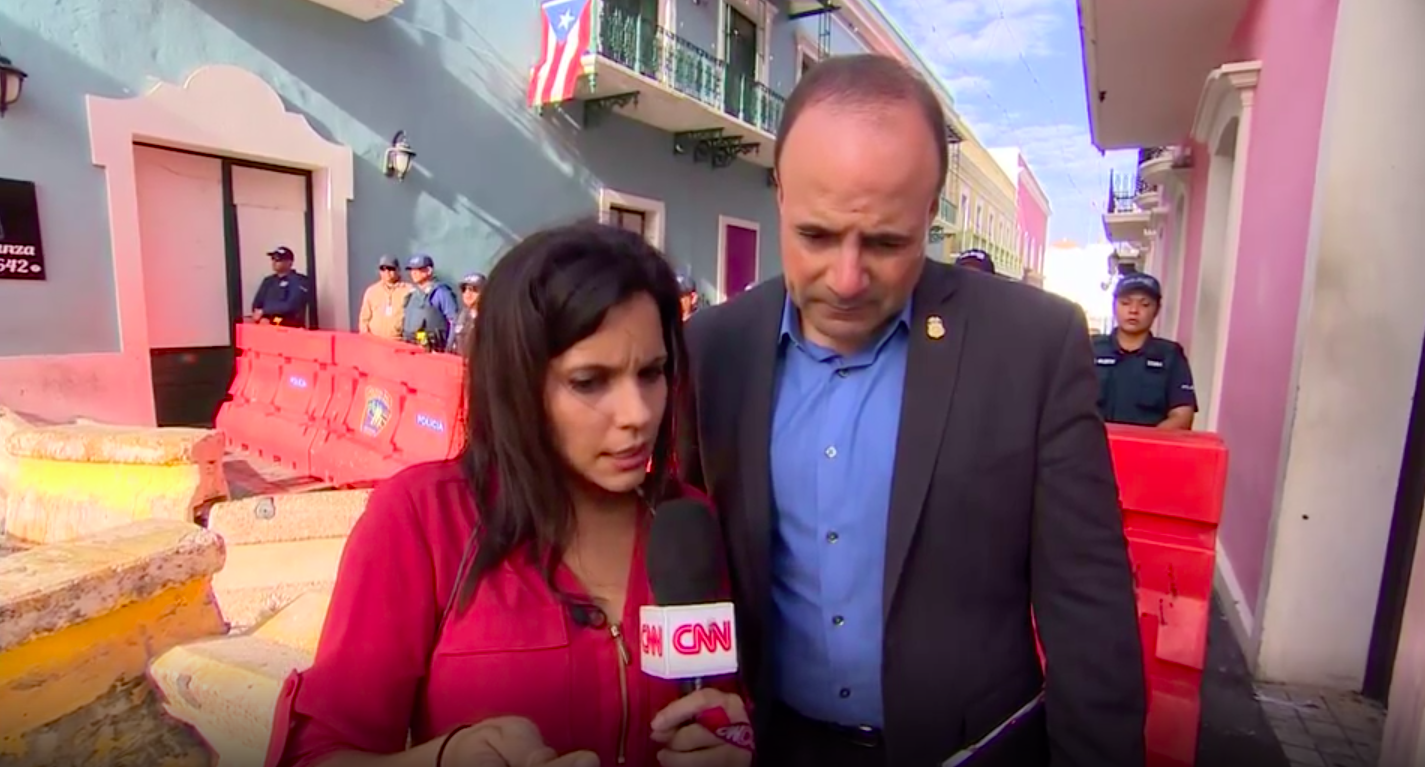 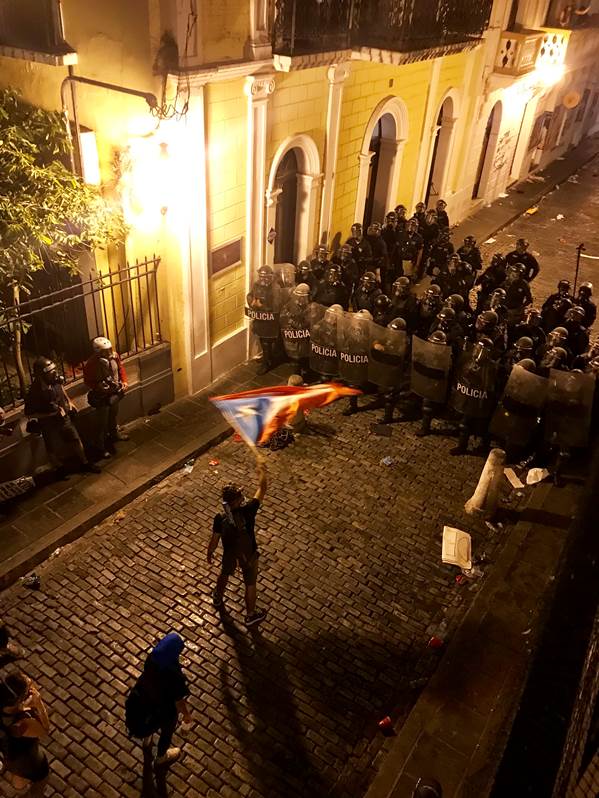 Puerto Rico is in a state of unrest after a series of protests this week. Protesters are calling for Governor Ricardo Rosselló to resign.

Protests were sparked by 900 pages of leaked chats.

Nearly 900 pages of leaked chats from a governor's private Telegram Messenger group, obtained by Puerto Rico's Center for Investigative Journalism, were published over the weekend.

The messages between the governor and 11 top aides and Cabinet members were sent in December 2018 and January 2019.

Many protestors say this is also about corruption and abuse, not just the leaked messages.

"We are tired of the abuse, of so many years of corruption," a protester, Leishka Flores, told CNN. "We are here to make a revolution."

Police fired tear gas at protestors during one of the biggest demonstrations Wednesday night.

Protestors marched to the the governor's official residence, known locally as La Fortaleza. When they reached the governor's mansion, they met a barricade of police in riot gear blocking the street, but continued chanting against Rosselló for hours.

Earlier on Wednesday, Puerto Rico's Justice Department issued summonses for everyone involved in the private chat group with Rosselló.

Puerto Ricans are calling for Governor Ricardo Rosselló to resign, but he has refused.

"I will continue my work and my responsibility to the people of Puerto Rico," the governor told reporters Tuesday.

Similar demonstrations took place in US mainland cities like Miami and Orlando, Florida –– all calling for Rosselló to step down.

The mayor of San Juan is urging people to join demonstrations.

"I'm not going to cooperate with his (Roselló's) abuses. I won't be part of his efforts to criminalize the legitimate right of the people of Puerto Rico to ask for his resignation," she said.

Puerto Rico Gov. Ricardo Rosselló defiantly announced he would not step down Tuesday, hours after police fired tear gas into crowds of protesters calling for his ouster.

Protests have been taking place for days following the release of nearly 900 pages from the governor's private group chat obtained by The Center for Investigative Journalism and published via Telegram.

The leaked chats reveal a vengeful approach in running the government, with conversations between Rosselló and his inner circle including homophobic and anti-female sentiments.

Rosselló told reporters Tuesday that he will not resign. He also defended the actions of police and accused protestors of unleashing tear gas and setting fires during demonstrations Monday night.

"I will continue my work and my responsibility to the people of Puerto Rico," the embattled governor said at a news conference.

The leaks came the same week two former officials from Rosselló's administration were arrested by the FBI as part of a federal corruption investigation.

Protestors are clearing the streets Thursday morning after clashing with police all night. They marched to Governor Ricardo Rosselló official residence, known locally as La Fortaleza. At the governor's mansion, they were met by a barricade of police in riot gear blocking the street.

The demonstrations come after 900 pages of offensive messages sent by Rosselló were leaked. They are calling for the governor to resign, but he has refused.

CNN correspondent Leyla Santiago was at the protests.

Once demonstrators arrived at the mansion, there was an intense standoff with a barricade of police.

Soon, police used tear gas to push the protestors back.

This morning, after protestors dispersed, workers cleaned the streets of San Juan and accessed the damage.

Puerto Rico's Governor Ricardo Rosselló and 11 top aides and Cabinet members exchanged profanity-laced, homophobic and misogynistic messages about fellow politicians, members of the media, celebrities and others in a scandal many are calling "RickyLeaks." The messages were sent in December 2018 and January 2019.

Here are some targets of the offending exchanges:

Rosselló apologized last week after the leak of a chat message in which he referred to Melissa Mark-Viverito, the Puerto Rico-born former speaker of the New York City Council, using the Spanish word for "whore."

The governor wrote that he was upset Mark-Viverito had criticized Tom Perez, chair of the Democratic National Committee, for backing statehood for Puerto Rico.

"Our people should come out and defend Tom and beat up that whore," Rosselló wrote.

Mark-Viverito traveled to the island to join protesters in their calls for the governor to resign.

"A person who uses that language against a woman, whether a public figure or not, should not govern Puerto Rico ...this type of behavior is completely unacceptable," she wrote on Twitter.

In the chat, Christian Sobrino Vega -- who was Puerto Rico's chief fiscal officer at the time, and Roselló's representative on the federal board responsible for managing Puerto Rico's financial crisis -- expressed frustration with Yulín Cruz.

"I am salivating to shoot her," he wrote.

"You'd be doing me a grand favor," the governor responded, according to the leaked chats.

At one point, the governor writes that Yulín Cruz must be "off her meds" by deciding to run against him.

"Either that, or she's a tremendous HP," he said, using the Spanish acronym for "son/daughter of a bitch."

Yulín Cruz belongs to the opposition Popular Democratic Party and is running for governor.

Sobrino Vega and Secretary of State Luis Rivera Marin, who also participated in the chats, have both resigned.

"Nothing says patriarchal oppression like Ricky Martin," he wrote.

"Ricky Martin is such a male chauvinist that he f---- men because women don't measure up. Pure patriarchy."

Martin and other artists on the island took to social media to condemn Rossello's government and call for his resignation.