New York Gov. Andrew Cuomo is redirecting personnel from the New York Power Authority who were already deployed in Puerto Rico to help restore power following several earthquakes that have hit the island, a statement from his office says.

"During difficult times, the State of New York always stands with and supports our brothers and sisters in Puerto Rico -- and today is no different," Gov. Cuomo said.

The NYPA already had a team of ten technical power experts on the island assisting Puerto Rico since Hurricane Maria. The team “has been working to address recent blackouts and stabilize the island's power systems to avoid power outages,” the statement says.

“Once this team has completed its work to help restore power after the earthquake, it will resume its collaborative efforts with PREPA to harden Puerto Rico's electric system so it is better prepared to withstand all kinds of natural disasters in the future.”

Riko Gonzalez described the 6.0 and 6.4 earthquakes as "horrible."

"People are afraid to go to bed to then be woken up to worse earthquakes than the day before."

Gonzalez shared a number of photos on Facebook that show the rubble and destruction around Yauco, a city in southwest Puerto Rico.

"Luckily (communications) are up so we check on each other periodically. But if it wasn’t for that there would be panic," Gonzalez said. 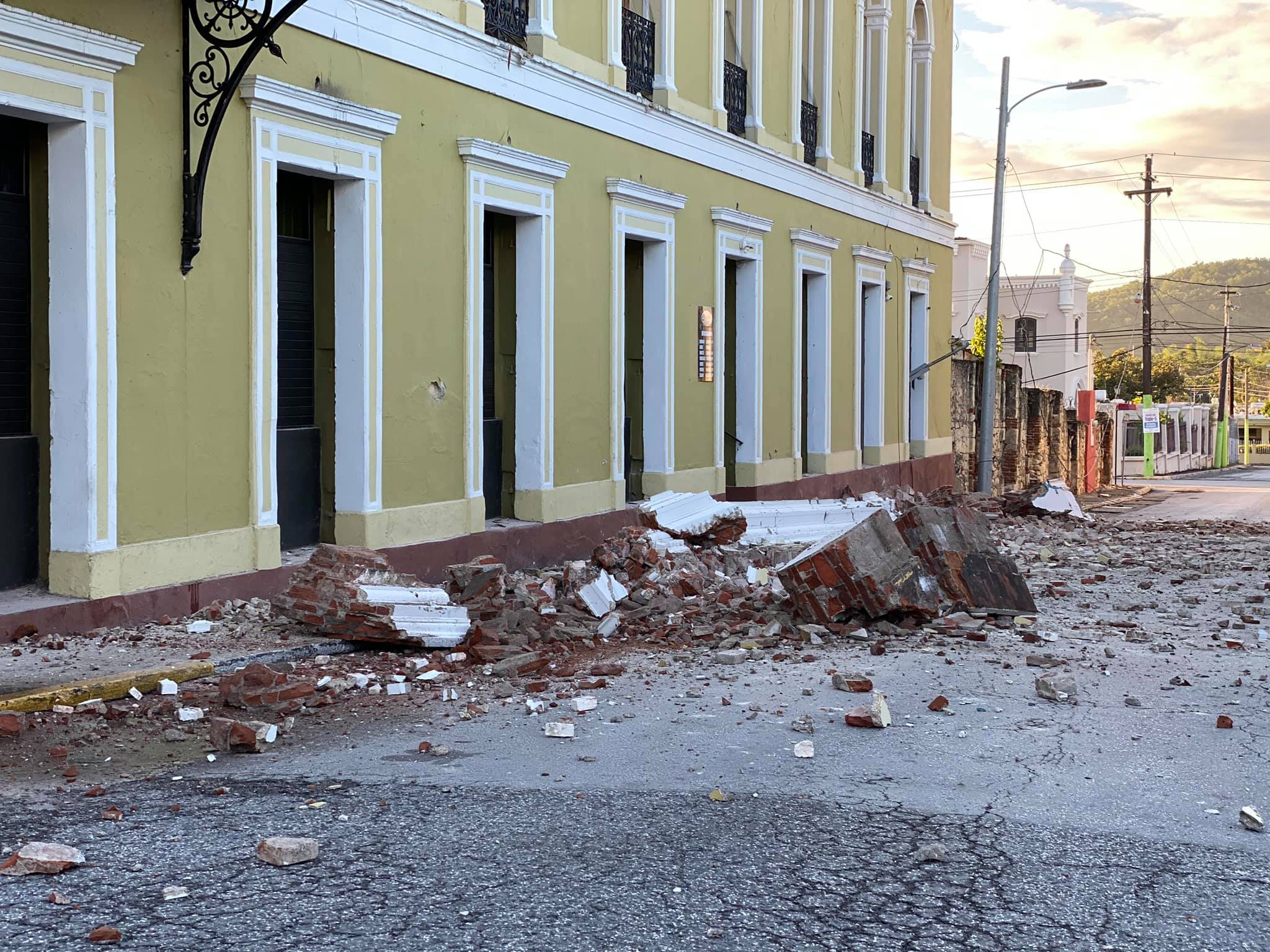 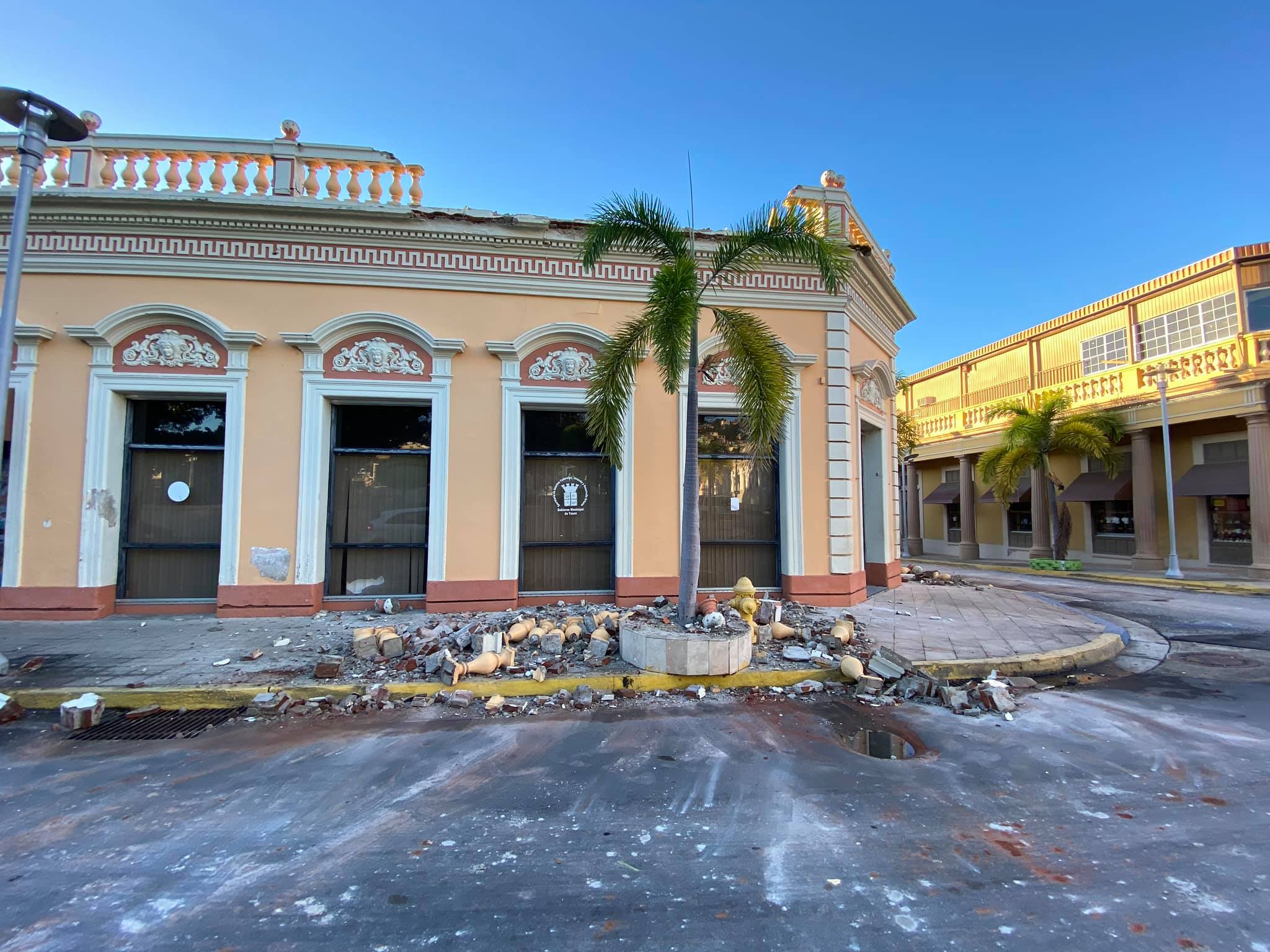 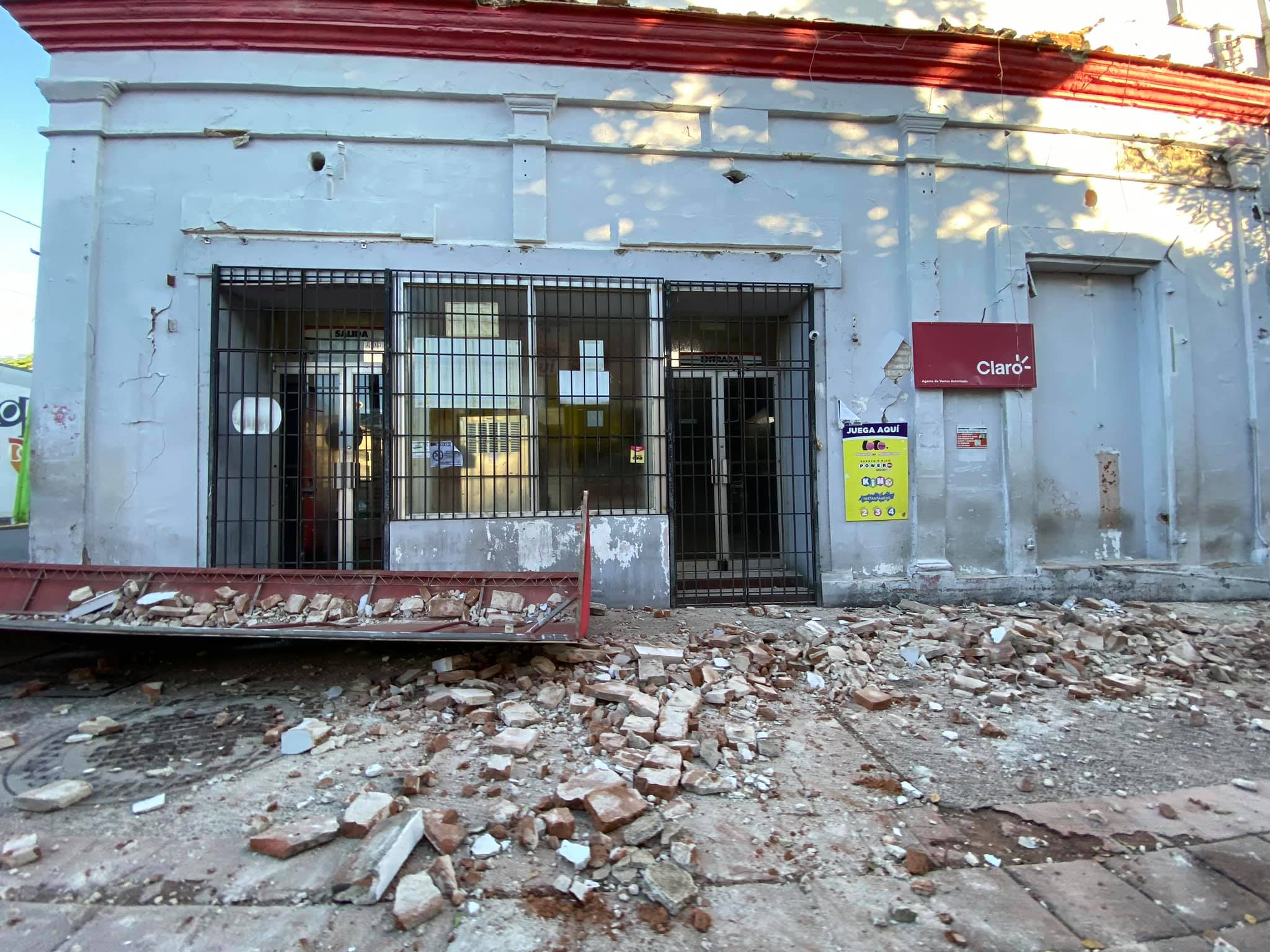 The earthquakes on Monday and Tuesday struck to the southwest of Puerto Rico, at the opposite end of the island from its capital, San Juan. 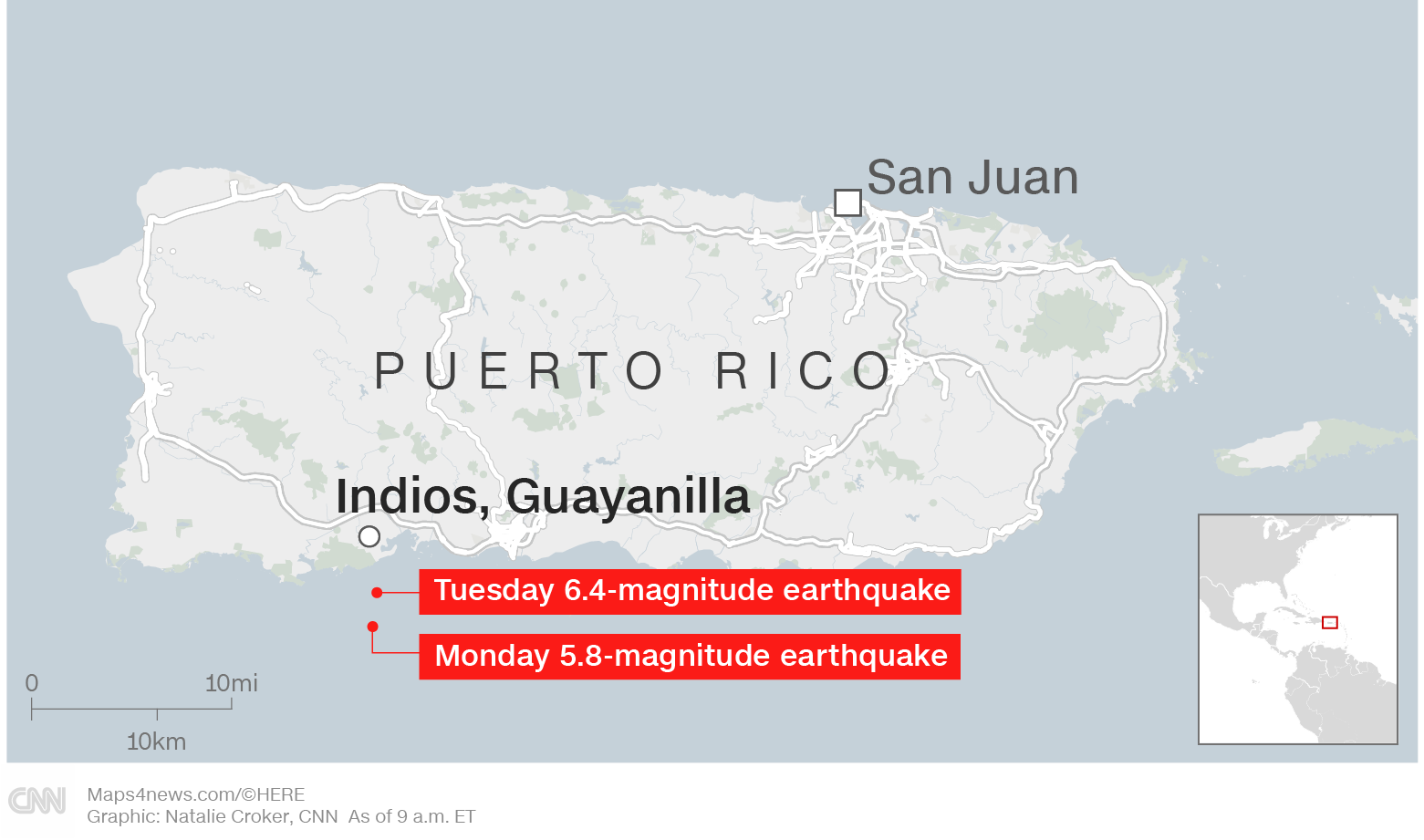 Gov. Wanda Vazquez Garced has signed a state of emergency declaration for the island, thus activating the National Guard of Puerto Rico.

Punta Ventana, a natural rock formation that is a major tourist attraction in southern Puerto Rico, was destroyed in Monday's earthquake.

Here's a look at the rock formation before the earthquake (left) and afterward (right): 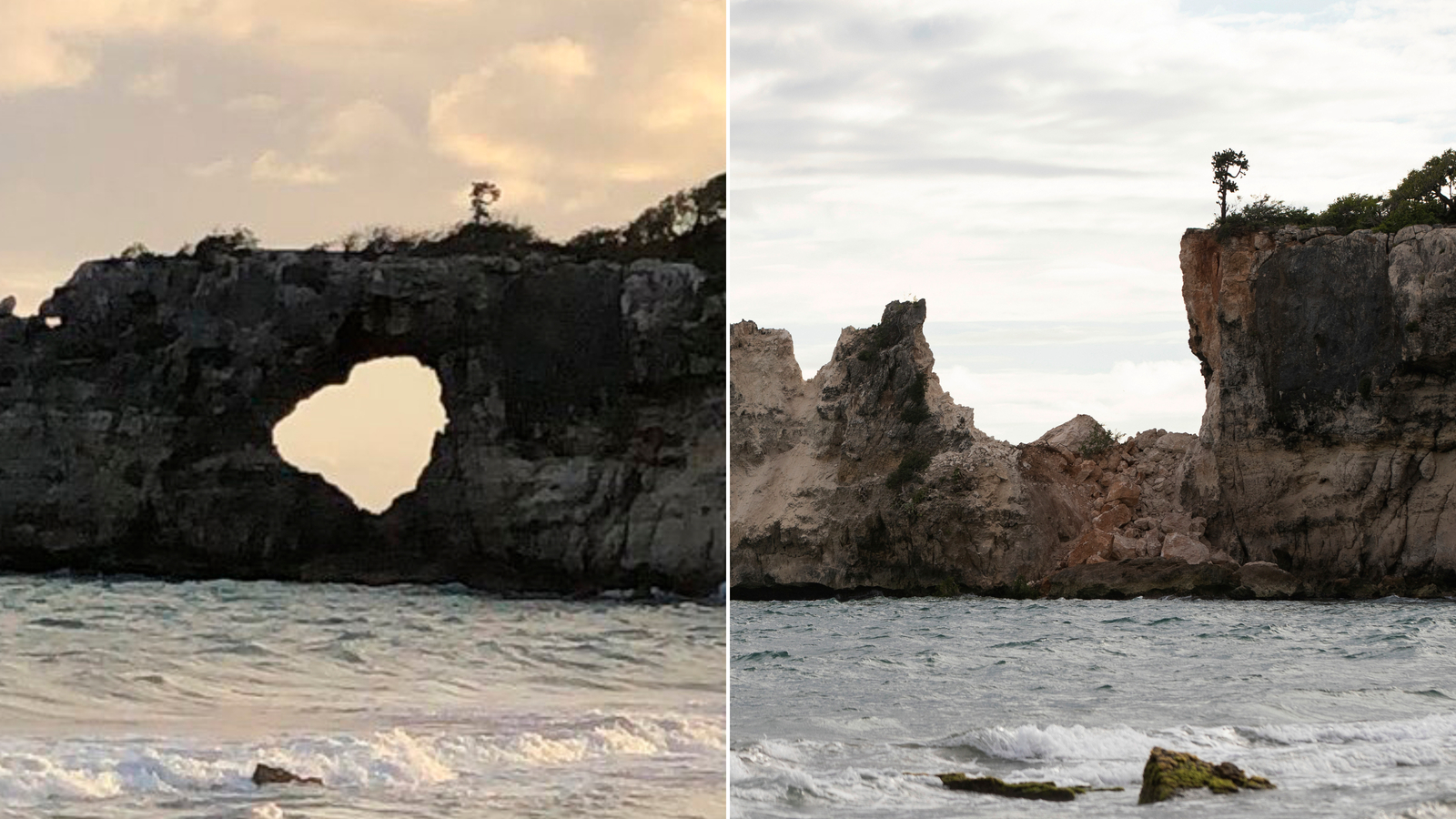 For a fuller view, here's what the formation looked like on January 3, prior to the earthquake: 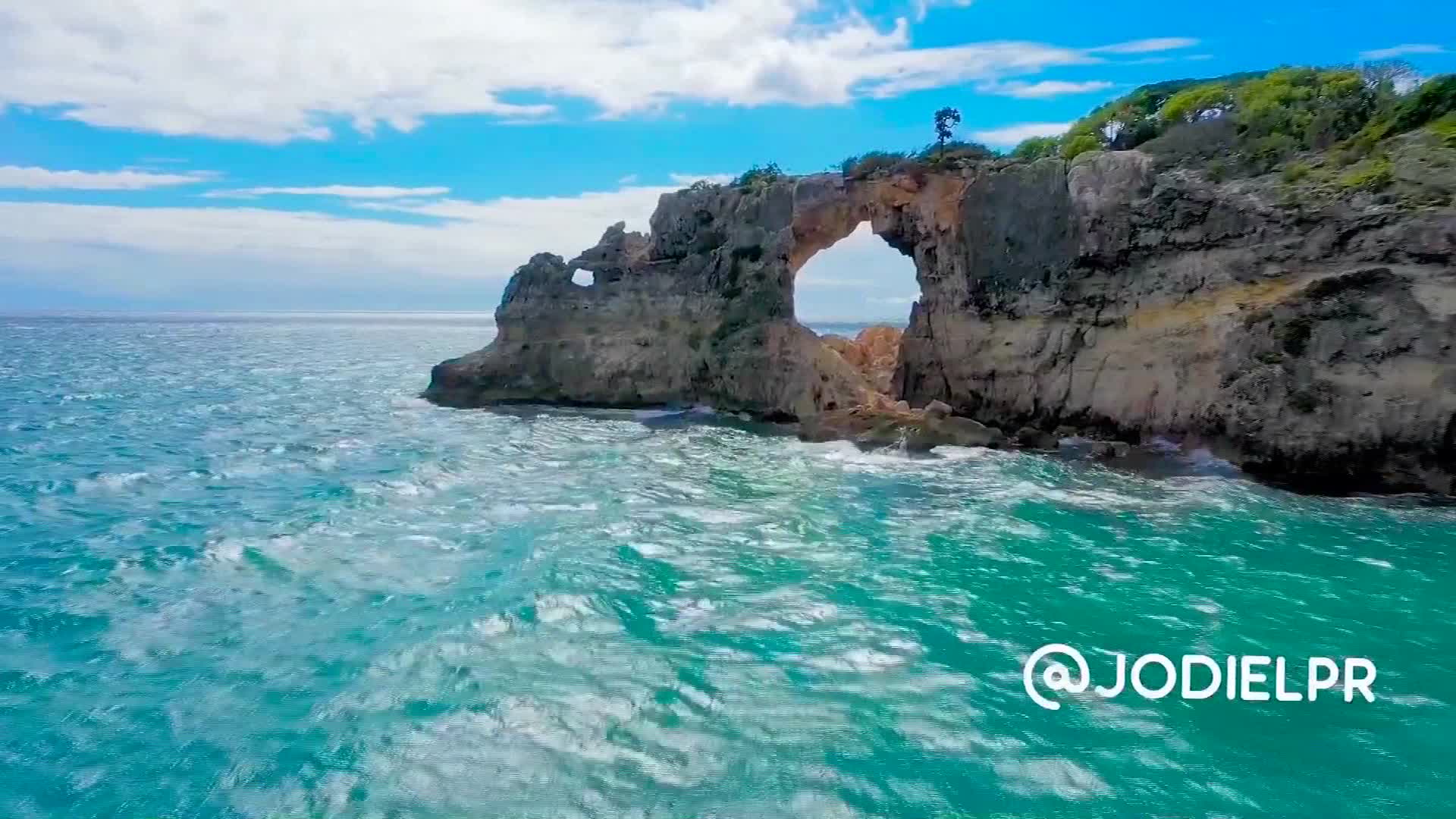 And here's what the formation looks like now from above, after the quake caused the arch to collapse: 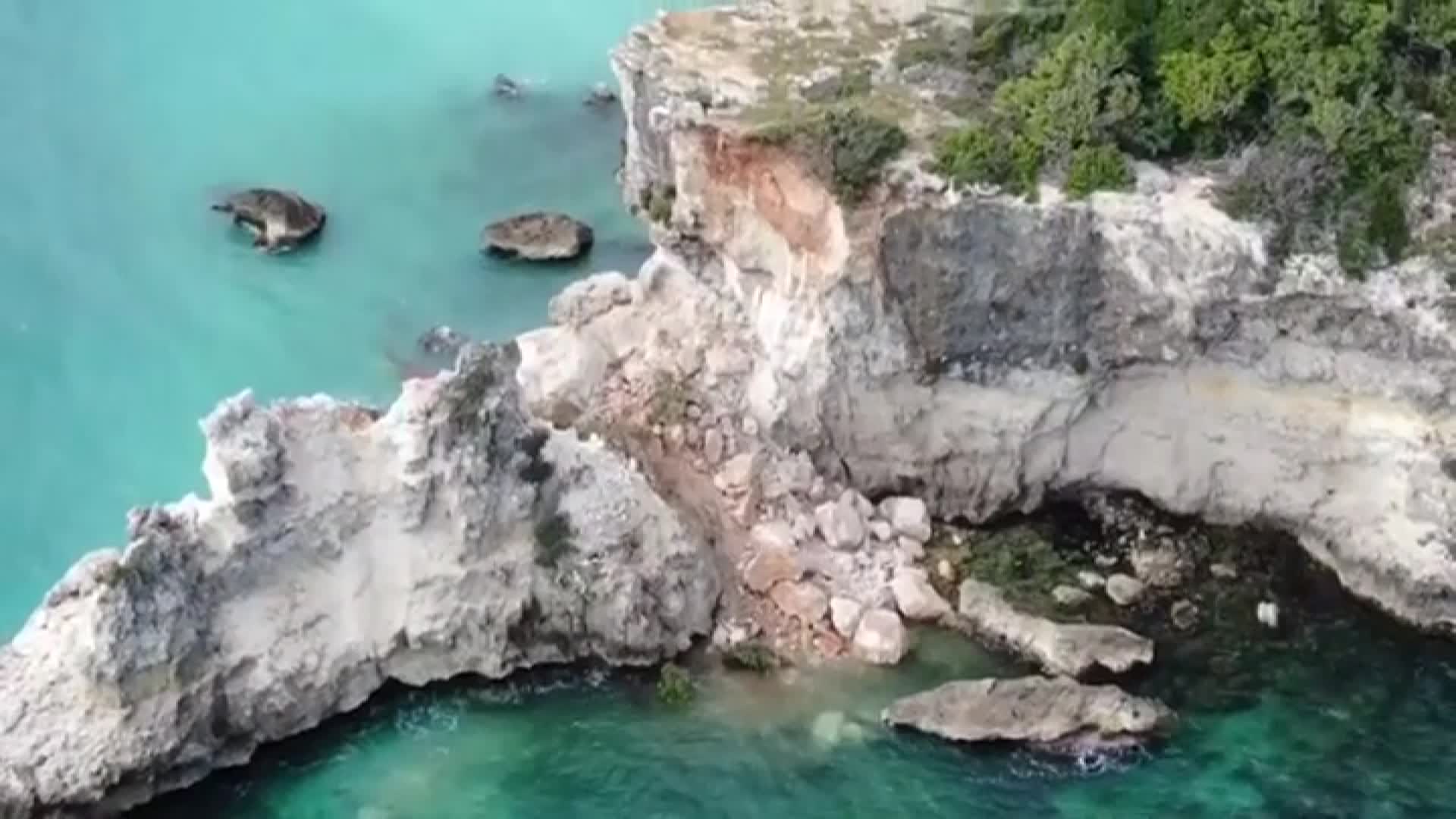 As of 9 a.m. ET, the governor of Puerto Rico had not made a request for Federal Emergency Management Agency assistance, a FEMA official told CNN.

A formal request from a state governor is a precursor to FEMA providing monetary aide or on-the-ground resources.

Florida Gov. Rick Scott said he spoke with President Donald Trump, Acting Administrator of FEMA Peter Gaynor, and Vázquez Garced this morning that FEMA is prepared to support the island.

This morning’s 6.4 earthquake off the southern coast of Puerto Rico is likely the island's most damaging earthquake in over a century.

In 1918, a strong earthquake shook Puerto Rico and caused a tsunami resulting in 116 deaths and economic loss of $4 million, two times the annual budget for the whole island at the time, according to the Puerto Rico Seismic Network.

Today’s earthquake is the largest to impact Puerto Rico since 2014 when a 6.4 struck 61 miles northeast of the island. That earthquake briefly disrupted power and caused minor damage and was located farther off shore than today’s quake.

Parts of the Inmaculada Concepción church constructed in 1841 have collapsed, according to Guayanilla Mayor Nelson Torres Yordan.

Photos of the collapsed church: 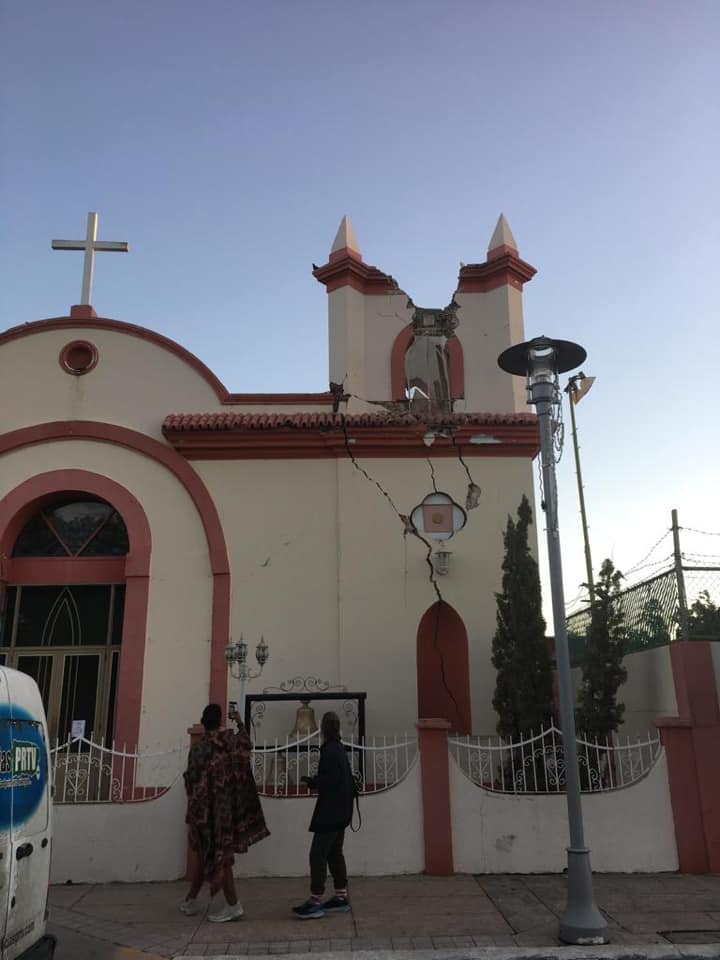 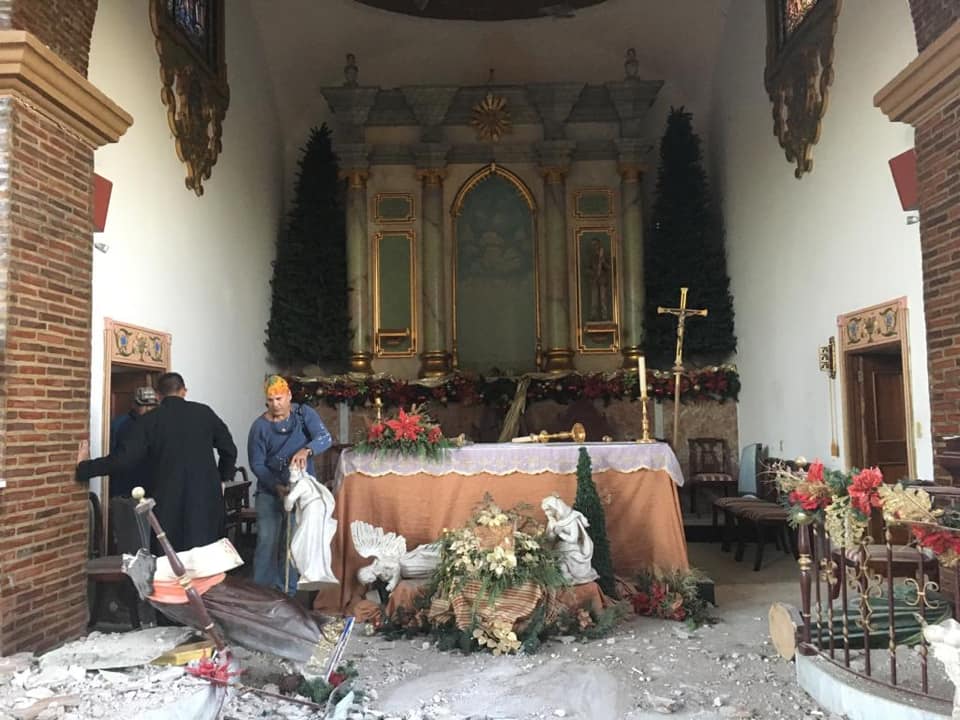 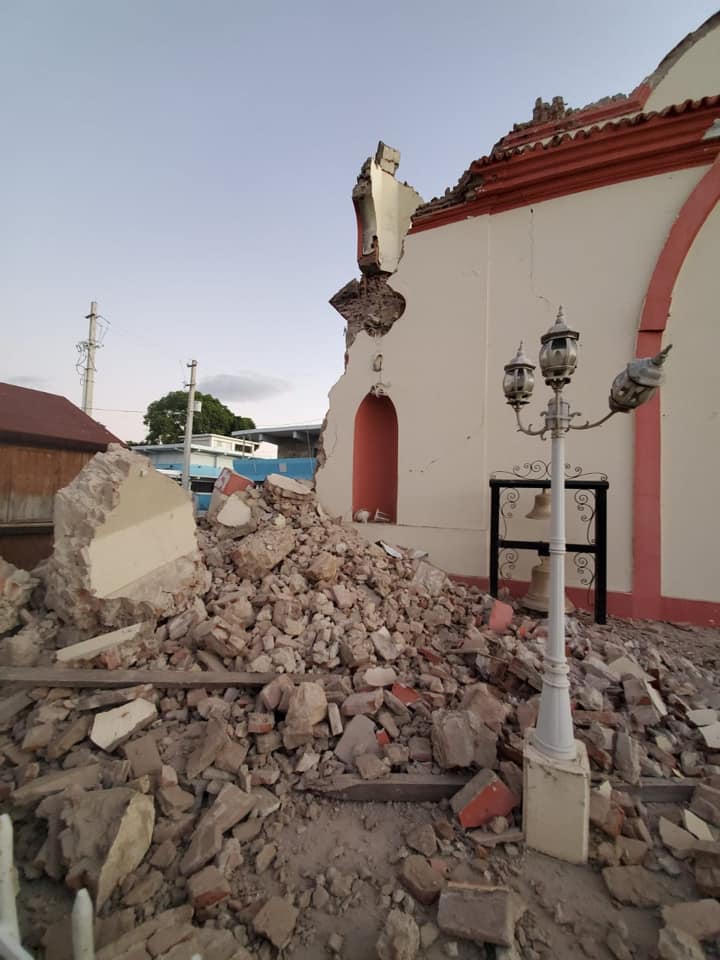 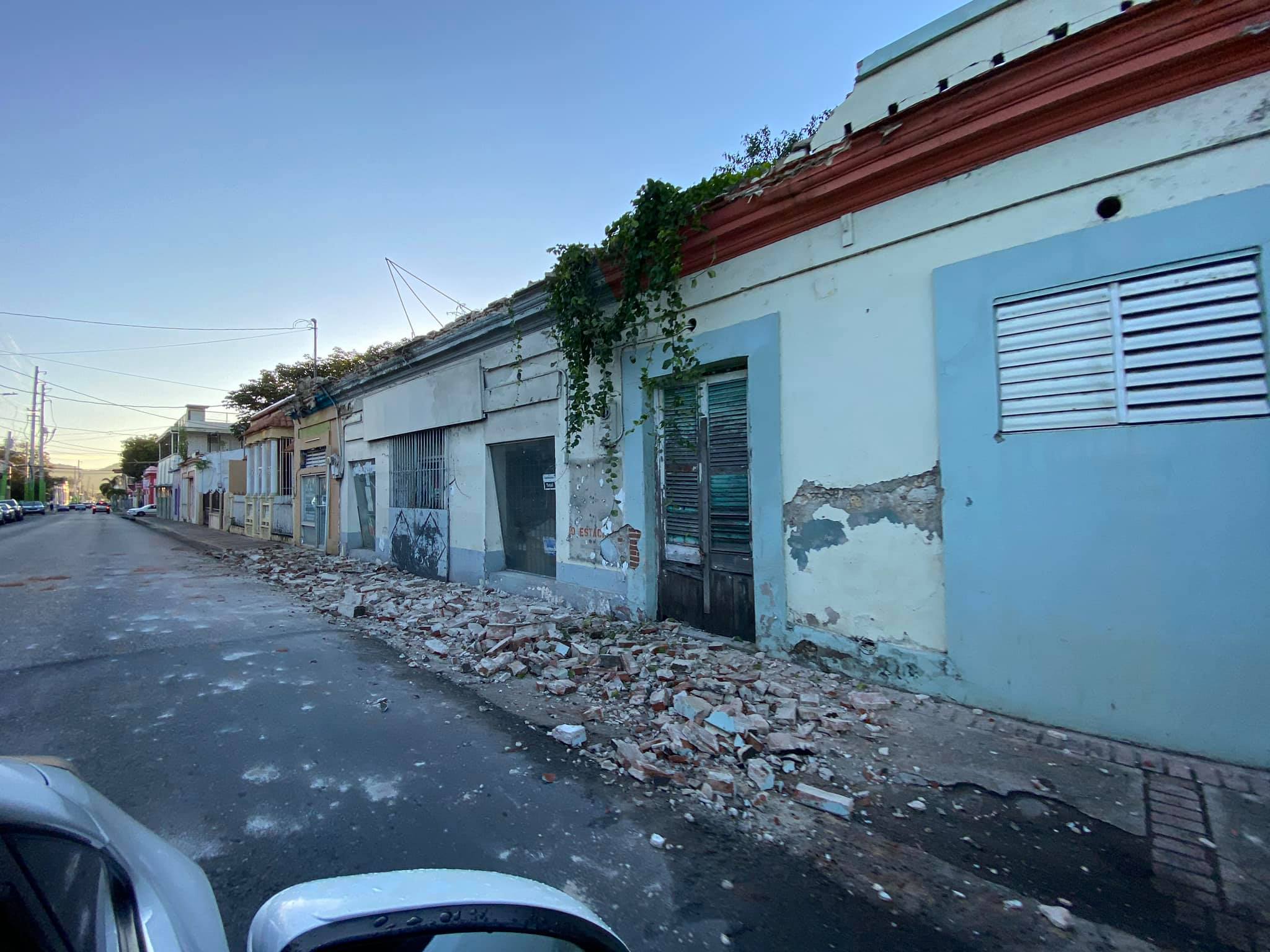 The Coast Guard is responding to the earthquake and ongoing seismic activity registered Tuesday off the south and southwest coasts of Puerto Rico, according to a news release from the agency.

All the ports in Puerto Rico and the US Virgin Islands remain open until further notice. There is no ongoing maritime search and rescue as a result of the registered seismic activity.

Coast Guard port assessment teams are visiting all federal regulated maritime port facilities in Puerto Rico to assess any potential damage, especially in facilities on the south and southwest coast of the island.

Coast Guard port assessment teams aboard Air Station Borinquen MH-65 Dolphin helicopters are also conducting assessments to identify any potential signs of pollution in the water or damage to the port infrastructure and navigable waterways.

At this time no incidents of pollution have been reported to the Coast Guard.