It's so cold, the National Weather Service warned that frostbite could set in in just minutes.

CNN meteorologist Dave Hennen described it as the "coldest air in a generation." Temperatures will plunge to 20-40 degrees below zero between Tuesday and Thursday in the Upper Midwest, Hennen said.

In northern Minnesota, wind chills were forecast to drop to 65-70 degrees below zero, which would rival the coldest wind chill ever recorded in the state (71 below) in 1982. 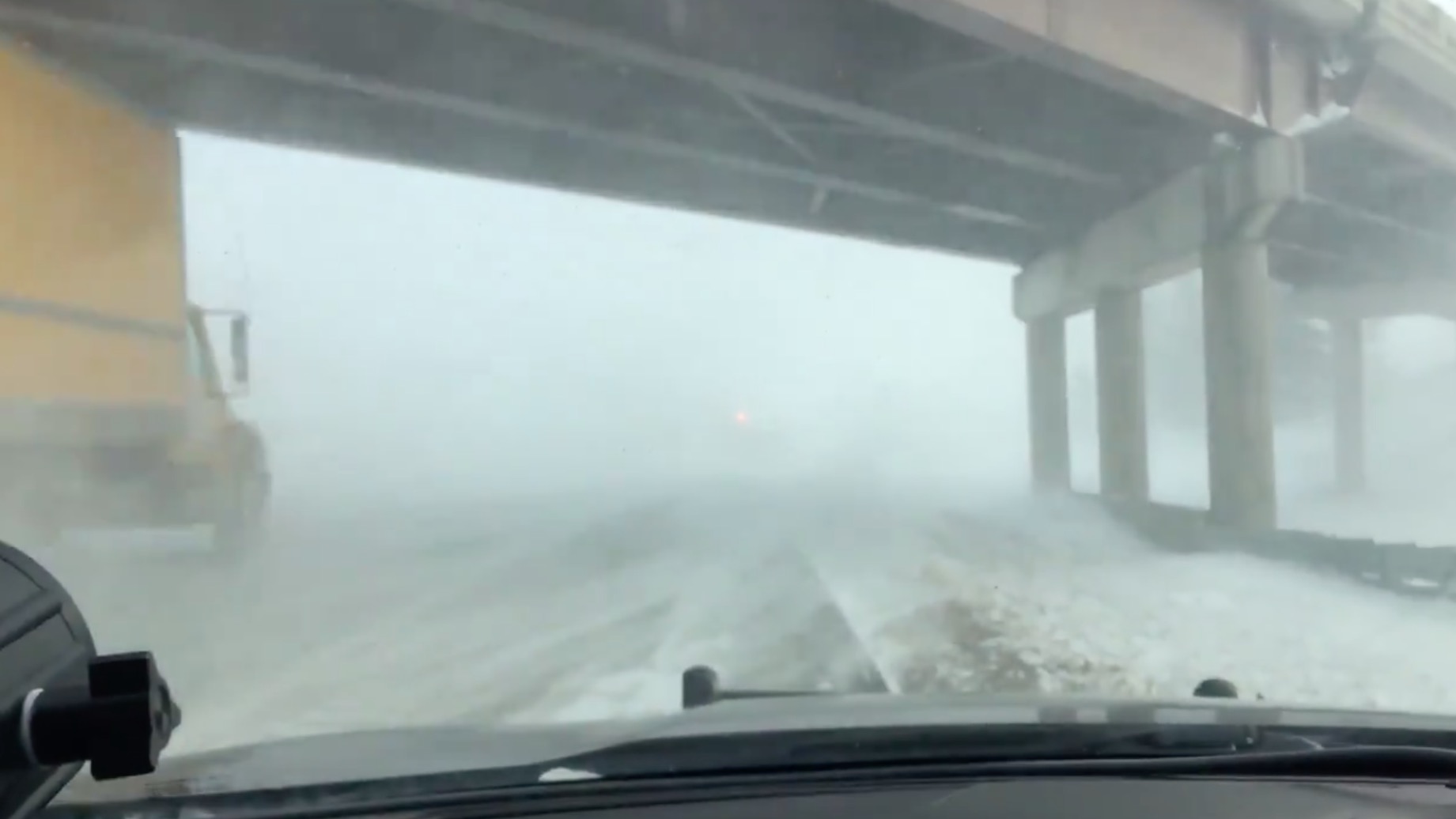 This footage was shot about 10 miles east of Moorhead, Minnesota:

Snow, rain, heat, gloom and night may not stop United States Postal Service workers from getting out the mail — but this Arctic freeze will.

USPS is suspending service in parts of the Midwest today because of the cold.

Parts of the following states are affected:

As the dipping polar vortex brings insanely cold weather to the Midwest and Northeast, at least 1,944 flights within, into or out of the US have already been canceled this morning, according to FlightAware.

Another 375 flights have been delayed.

Here is FlightAware's look at where the delays are the worst this morning: 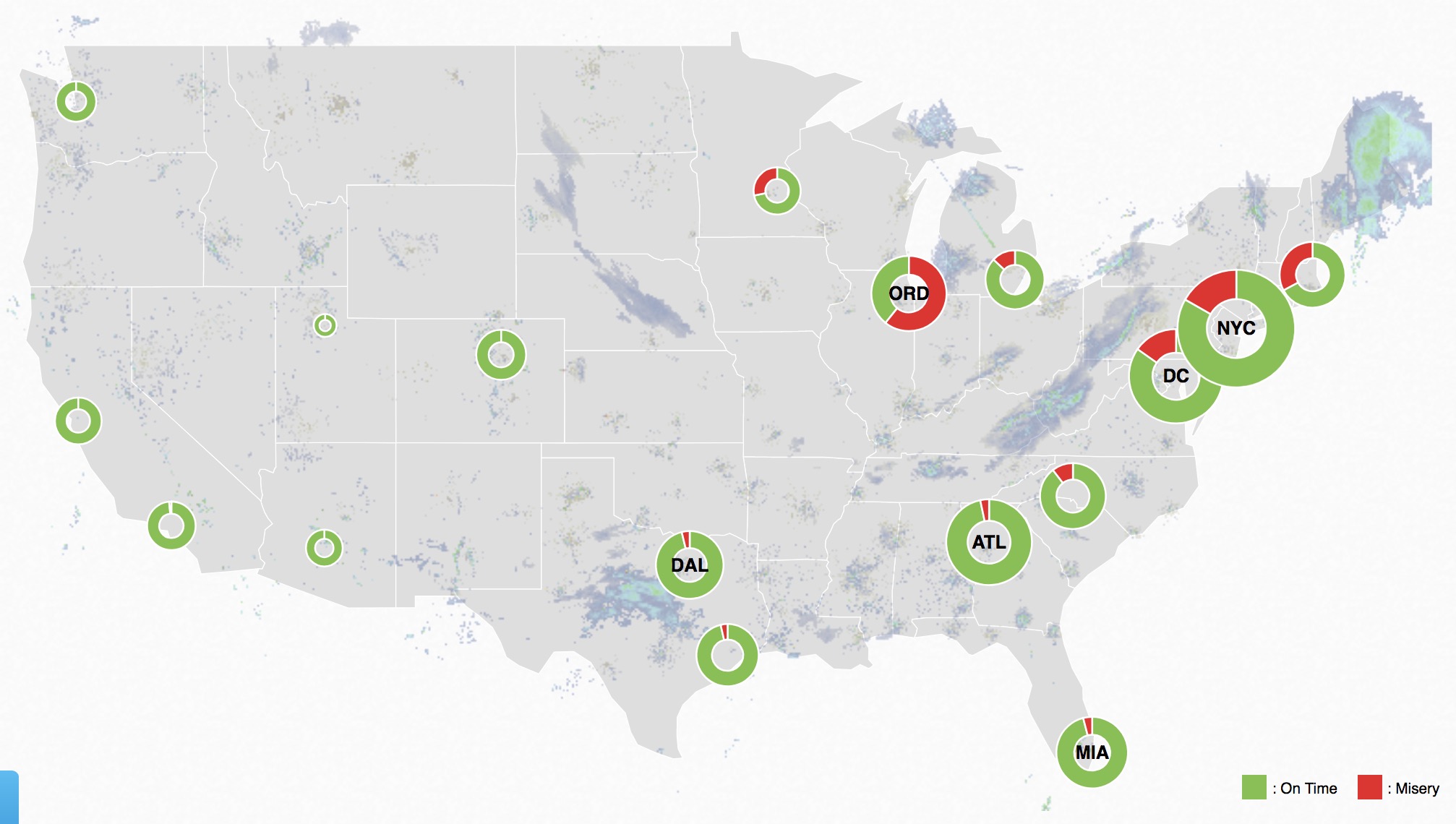 It’s brutally cold this morning in many Midwest cities.

It's going to stay cold: Temperatures in both Minneapolis and Chicago will stay at around 15 below zero today.

And it's going to get colder: Chicago will see its coldest readings tonight, and will likely be very close to their coldest reading ever of 27 below zero. It will be even colder in parts of Northern Illinois, where the all time state record could be broken.

Several dozen records are likely to occur today and tonight over a wide area from International Falls, Minnesota, to Washington and New York City, where temperatures will drop to the single digits.

Our live coverage has concluded for the evening, but we'll be back at it Wednesday morning.

Read our latest report: Extreme cold torturing much of the US, Minnesota may see wind chills of minus 70 degrees

The National Weather Service says blizzard warnings are in effect for parts of Michigan's Upper Peninsula until 7 a.m. ET Thursday.

Blizzard conditions are expected to develop late today  into this evening and continue into Wednesday. Additional snow accumulations will range from 5 inches near Trenary to as much as 14 inches along the M-28 corridor from Deerton through Munising to Shingleton and Seney. Winds gusting as high as 40 mph along the M-28 corridor from this evening through Wednesday will cause blizzard conditions in snow and blowing snow.

If you're in the area, note that while snow storms are often referred to as blizzards, that's not entirely accurate. Watch this video to understand which weather conditions must occur before a snow storm can technically be called a blizzard.

Lenny Venneman was rear-ended by a semi-truck near Grand Rapids, Michigan.

He was not hurt, and he took this video after the crash as he checked on others involved in the accident.

No one reported any immediate injuries.

Traffic is heavy in the DC area as commuters head home early because of the expected snow, ice and cold temperatures.

“Employees of Federal offices in the Washington, DC area are authorized for early departure. Employees should depart 2 hours earlier than their normal departure times and may request UNSCHEDULED LEAVE to depart prior to their staggered departure times.”