The shooter made anti-Jewish comments during the incident, a law enforcement official told CNN.

The shooting took place on the same day as Saturday Shabbat services. Saturday morning services typically begin at 9:45 a.m., according to the immediate past President of the synagogue, Michael Eisenberg.

At the time of the shooting, three different congregations were holding services at the Tree of Life facility, according to Eisenberg.

Tree of Life*Or L'Simcha is a traditional, progressive and egalitarian congregation based in Pittsburgh’s Squirrel Hill neighborhood, according to the synagogue’s website. 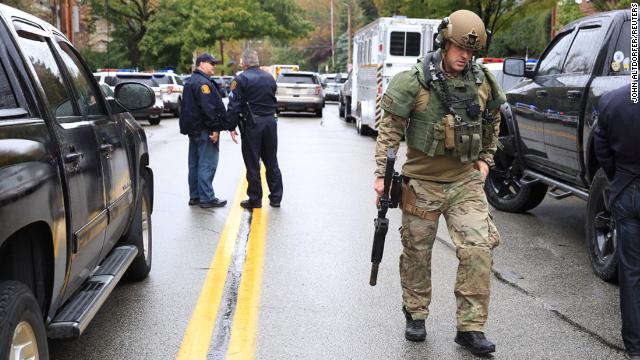 Pittsburgh Mayor Bill Peduto issued a tweet on his verified Twitter account telling all residents near the Tree of Life Synagogue to stay in their homes.

“Area is NOT secure. All residents required to stay inside their homes until further notice,” Peduto said via Twitter.

Peduto also confirmed earlier information that the shooter is in custody and that three law enforcement officers have been shot.

President Donald Trump tweeted that he was watching the events of the mass shooting at a Pittsburgh synagogue on Saturday morning.

At least four people have been killed in the shooting inside Pittsburgh’s Tree of Life Synagogue Saturday morning, Curt Conrad, the chief of staff to Pittsburgh City Councilman Corey O’Connor, told CNN.

The latest report is that 12 have been shot at the Pittsburgh synagogue, according to a law enforcement official.

The shooter has surrendered to Pittsburgh Police and is currently being transported to Mercy Hospital, Conrad said. 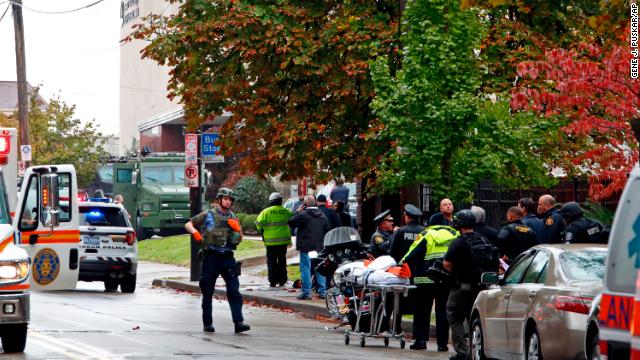 A shooting at the Tree of Life Synagogue in Pittsburgh resulted in multiple casualties, a Pittsburgh Bureau of Police spokesperson said at a press briefing on CNN affiliate KDKA.

Three officers were shot in the incident, but information about their conditions was not made available in the briefing.

The shooter is in custody at this time, the spokesperson said.

The synagogue is still being cleared, and law enforcement is still working to determine whether the building is safe.

The Tree of Life synagogue is a conservative Jewish congregation, according to its website. It's in Squirrel Hill, a historic, Jewish neighborhood. 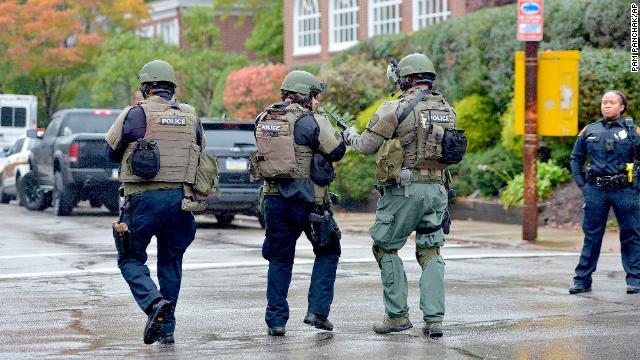