Deadly shooting at Pensacola naval base

Our live coverage of the shooting has ended. You can scroll through the posts to read more. 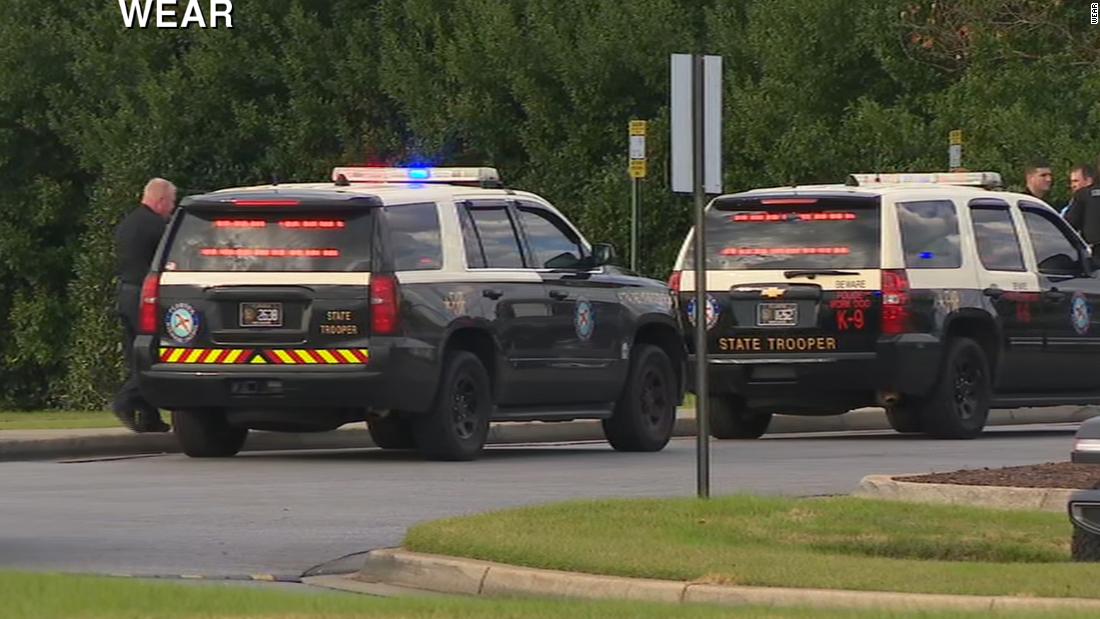 Officials just wrapped up a news conference about the shooting at the Naval Air Station in Pensacola, Florida, this morning.

What we don't know: It's still unclear if the shooter was military personnel. Officials have also declined to answer questions about the weapons used by the shooting and the specific building in which the shooting took place.

The sheriff said they are in the middle of the investigation, and cannot provide much information. However, he said, “walking through the crime scene was like being on the set of a movie.”

The two officers who negated the threat are in the local hospital, both shot in the limbs. They're expected to recover.

The active shooter has been neutralized. The base is shut down until further notice.

Mayor of Pensacola, Grover Robinson called it a “tragic day” for the city of Pensacola, “We are a military town.” The mayor asked residents to stay away from that side of town.

A total of 11 people were shot this morning at the Naval Air Station in Pensacola.

Four of those are deceased, one of whom was the shooter, Escambia County's Chief Chip Simmons said.

Eight people were transported to a local hospital, where one of the injured died.

There are currently three others inside the building who are deceased.

David Morgan, sheriff of Escambia County, said two deputies engaged the shooter, and "It was a member of the Escambia County Sheriff’s Office that did negate the threat.”

The two officers were shot during the exchange with the gunman.

Officials said three people were killed in today in the Pensacola US Navy base shooting. The shooter was also killed.

The fatal shooting at Naval Air Station Pensacola took place in a classroom building, according to a Navy official who spoke at a press conference this morning.

He declined to answer if the shooter was military personnel or what specific classroom building the shooting took place in.

He added that almost all the buildings are classroom buildings because it's a training facility. 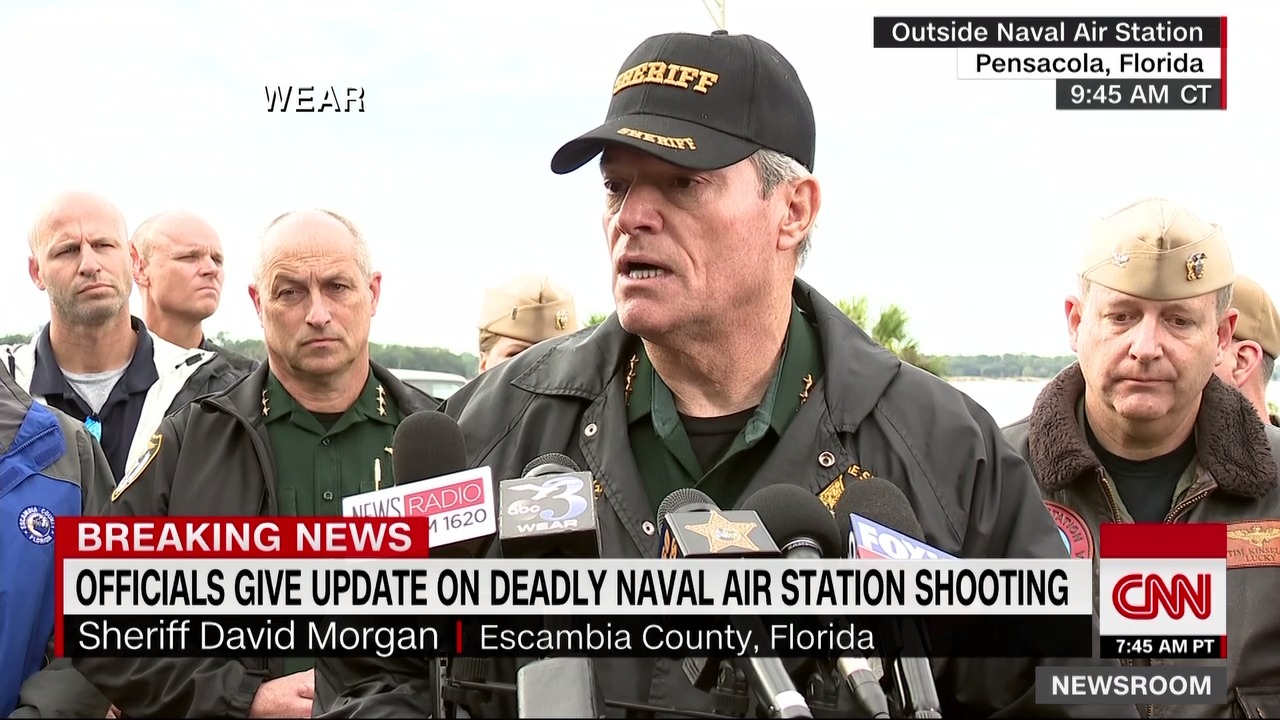 David Morgan, the Sheriff of Escambia County where the shooting took place this morning, said that the "threat has been negated."

"Our community is secure at this time. We have no reason to believe — or are we looking for any additional shooters within Escambia County," he said at a news conference moments ago.

Any minute now, the Escambia County Sheriff’s Office will hold a news conference about the shooting at the front gate of NAS Pensacola. The press conference was slated to begin at 10:30 a.m. ET.

You can watch it live in the player at the top of this page.

Florida's Congressman Matt Gaetz, whose district includes the Navy Base where the shooting occurred this morning, tweeted a video about the incident.

He said that he is "deeply saddened" by the shooting. He also spoke about the importance of Pensacola to his district, calling it a "huge source of pride for all of northwest Florida."

He also repeated calls from law enforcement for Florida residents to stay clear of the base today.

Watch the full video below: