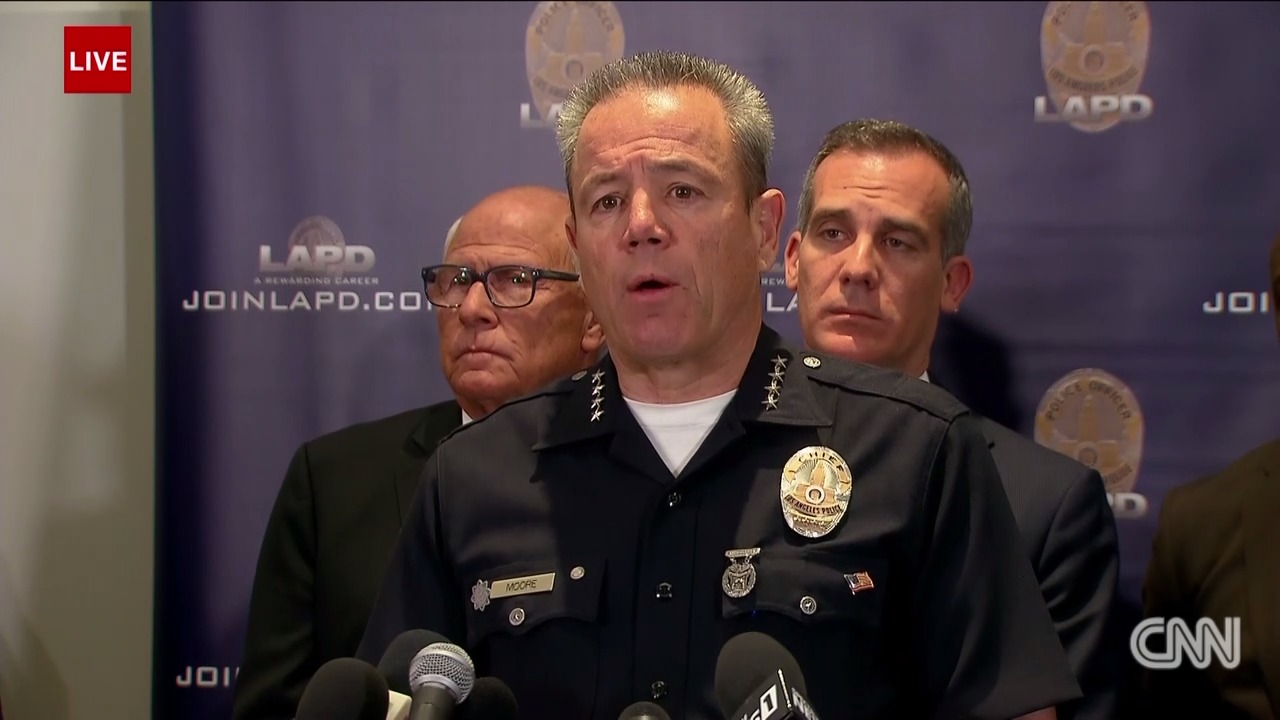 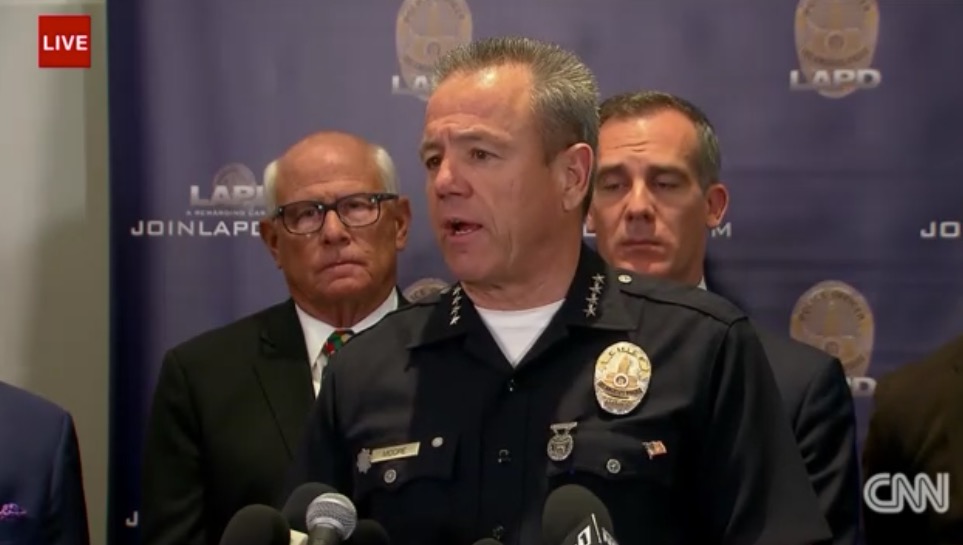 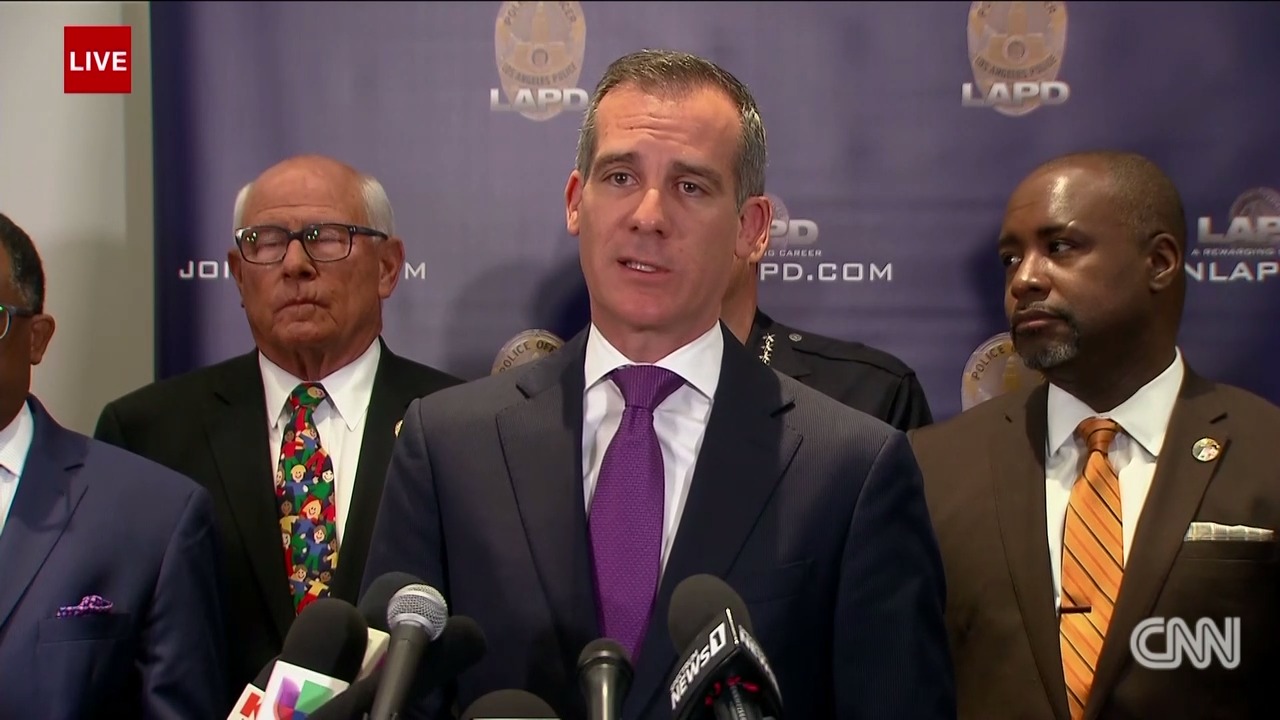 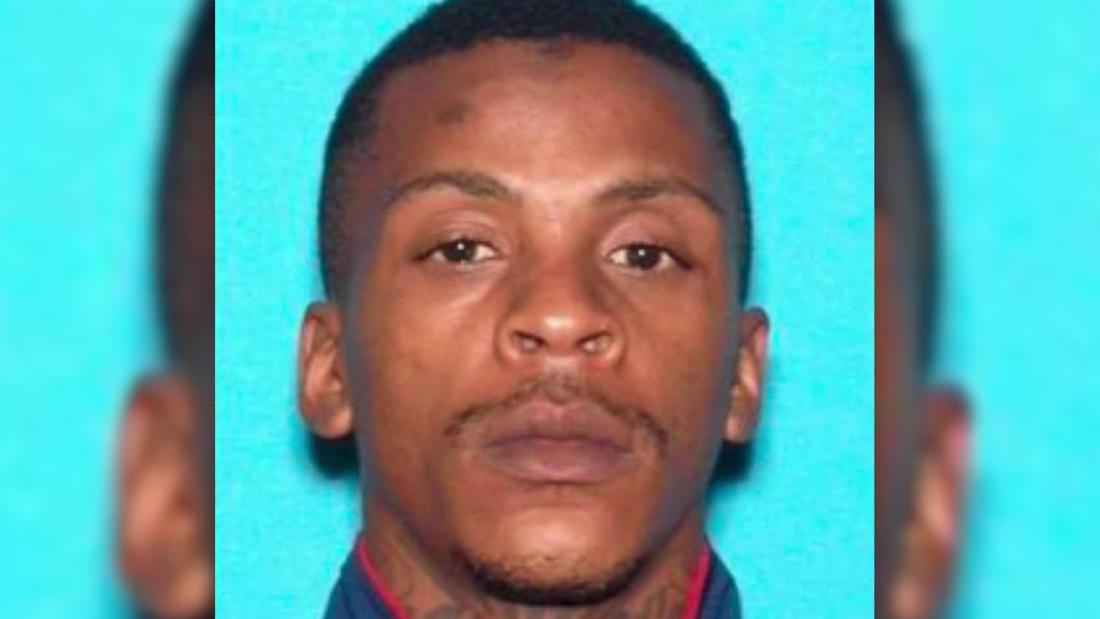 Police have named a suspect in Nipsey Hussle's shooting death. Here's what we know now: 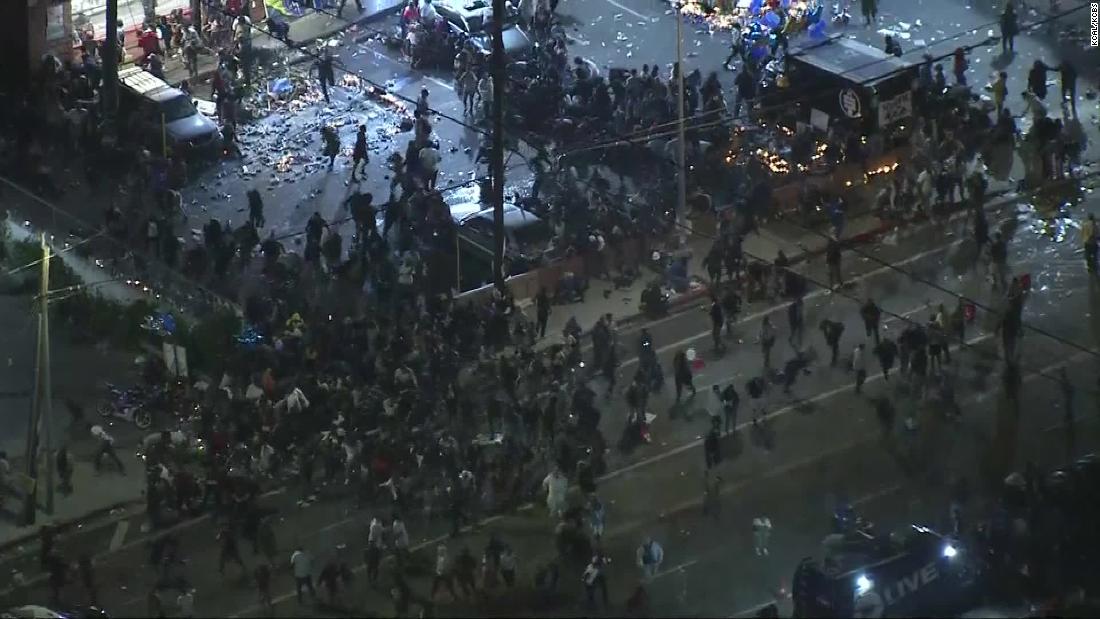 Late Monday, about 300 people gathered around a candlelight memorial in the Marathon Clothing parking lot, feet from where the rapper was shot.

There were initial reports of gunshots, but police quickly knocked down those reports. It's unclear what caused the crowd to flee, but Los Angeles police spokeswoman Meghan Aguilar described it to CNN affiliate KCAL/KCBS as "absolutely chaotic, mass panic."

"When we were watching it from footage from overhead, it was literally people scattered in all directions," she said.

At about 8:15 p.m., something caused people suddenly to run through and around the candle-and-balloon memorial and into the street, video from the affiliate showed. Police with riot gear and batons began forming containment lines.

People carried away the injured as emergency responders tended to people on the ground, the KCAL/KCBS video showed.

Some of the people present threw rocks and bottles at police officers, and at least one officer was injured, Aguilar said. At least one person was detained for disorderly conduct, she said.

Nineteen people were transported to the hospital, most of them with trample injuries, the Los Angeles Fire Department said. Two suffered critical injuries, and two more were hurt seriously. One person was hit by a car, the department said. 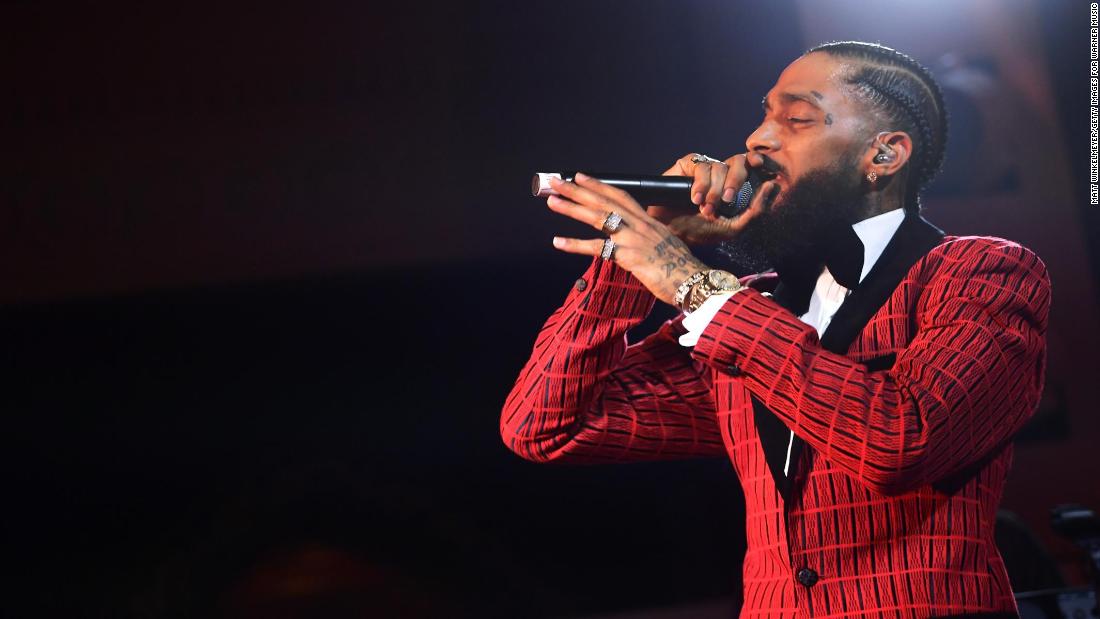 Nipsey Hussle was among four people standing by a car when gunfire erupted outside the rapper's The Marathon Clothing store in Los Angeles, video from a surveillance camera trained on the parking lot shows.

It is not clear which one is Nipsey Hussle, but the people appear to be talking. Others are milling about in front of the store. A figure dressed in dark clothing appears to approach the four and then everyone scatters.

Two of the people standing by the car don't get far, however. They fall to the ground. One of them, wearing a white hat and shirt, appears to try to get back up but promptly collapses.

A suspect has been named in Nipsey's shooting death, the Los Angeles Police Department announced Monday night after a memorial to the rapper ended in a stampede that injured multiple people, two critically.