The state of Louisiana has declared a state of emergency.

Gov. John Bel Edwards issued the proclamation this afternoon as the Gulf Coast braces for another storm.

“This is going to be a Louisiana event with coastal flooding and heavy rainfall potentially impacting every part of the state. No one should take this storm lightly. As we know all too well in Louisiana, low intensity does not necessarily mean low impact,” Edwards said.

He also tweeted the system will "likely produce storm surge, hurricane-force winds & up to 15 inches of rain across the state."

Edwards said in a press release that Louisiana residents should start to prepare for the storm and that his office would be in contact with FEMA.

"Now is the time to check your emergency supplies and get a gameplan for your family and pets. I urge the public to continue monitoring local media for weather developments and follow the directions of local officials," he said.

A satellite captured a stunning image of the strengthening tropical disturbance over the Gulf Coast.

This image, taken by the National Oceanic and Atmospheric Association, shows the system strengthening near the coast of Louisiana. The National Hurricane Center said the system could develop into a tropical depression by Thursday.

NOAA also tweeted out a video of the satellite images, adding that the storm already prompted flash flood emergencies for areas like New Orleans Wednesday morning. 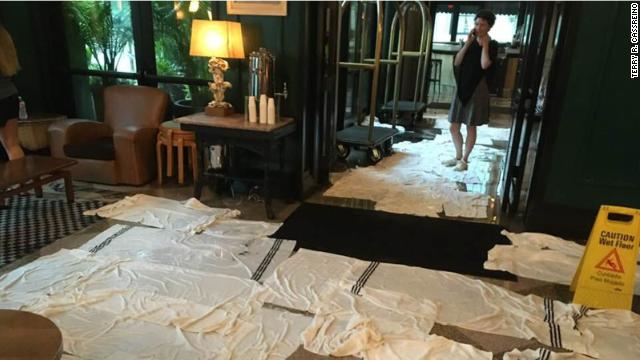 New Orleans hotel lobbies are flooding from a tropical disturbance that hasn't even formed yet. 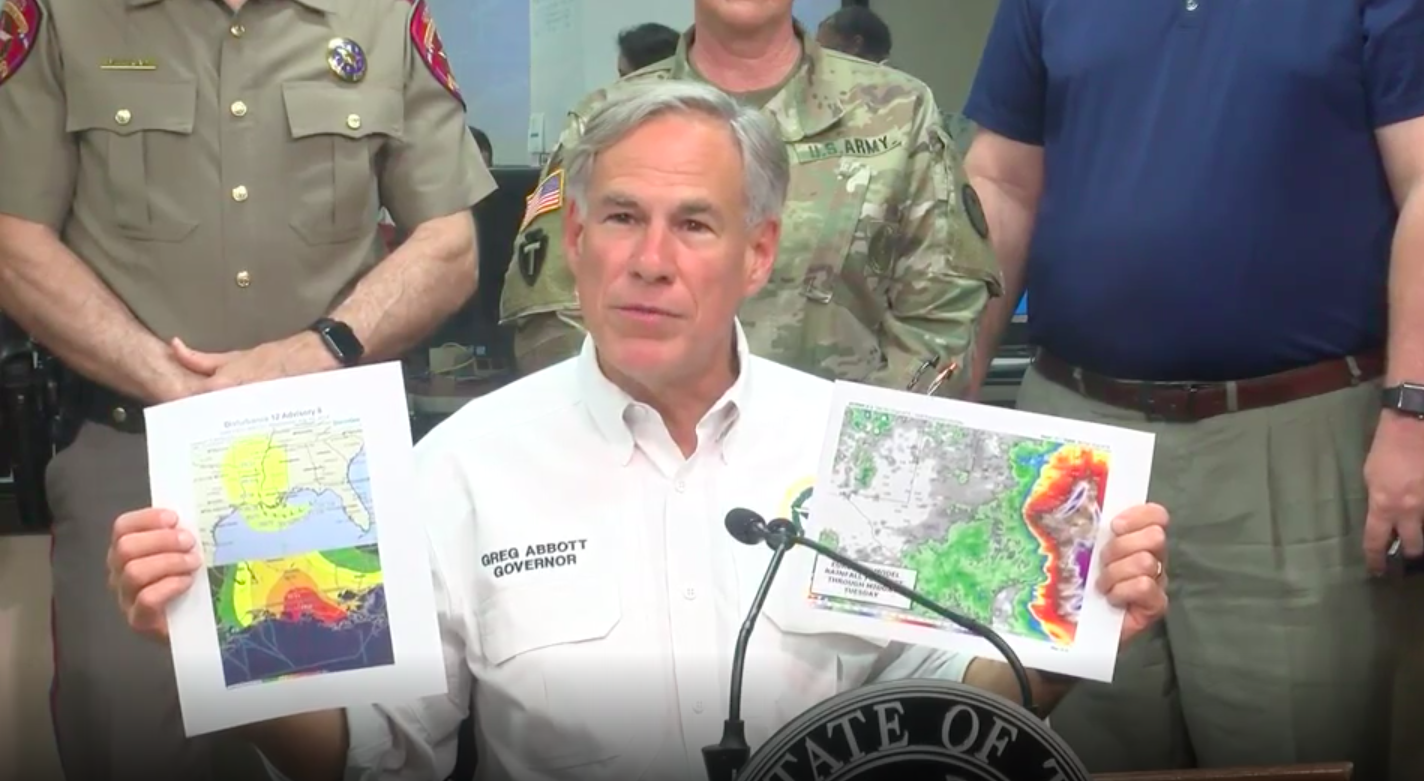 Texas Gov. Greg Abbott is urging residents to be prepared for a possible hurricane.

"It is impossible right now to know exactly how severe this storm will become and exactly where it will go," he said at a news conference today.

“With probabilities, with best guesses right now, regions north of the Houston area going up into East Texas, could receive as much as, if not more than, 10 inches of rain," he said.

He went on to say the state is preparing in advance for the storm and likely flooding that will come with it. This includes getting emergency response teams ready with high profile vehicles and boats, as well as calling Texas agencies who have equipment like saw squads, rescue aircrafts and ground search and rescue teams. 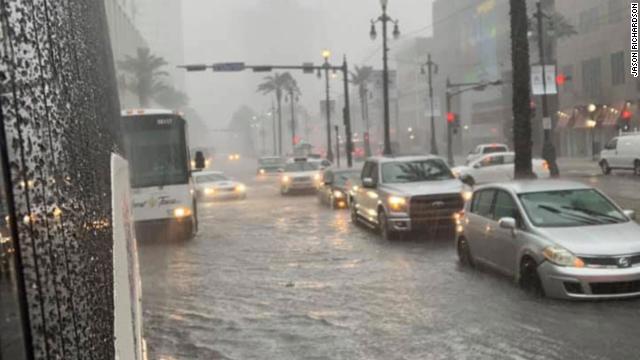 City Hall, libraries and recreational facilities in New Orleans are closed today as residents brace for a developing storm in the Gulf of Mexico.

Authorities in New Orleans responded to 250 emergency calls related to flooding, as heavy rains and thunderstorms moved through the area, according to a statement from the city.

“Public safety agencies including New Orleans Police Department, New Orleans Fire Department and New Orleans Emergency Medical Services responded to more than 250 emergency calls related to flooding. The Regional Transit Authority temporarily suspended service in flooded areas. Isolated outages of power were reported throughout the city, with just over 10,000 remaining as of 11 a.m." the city said in a statement.

The city is asking residents to clear debris from catch basins and around their property, as more heavy rain is expected over the coming days.

Shell has evacuated all non-essential staff from eastern Gulf drilling rigs, with more action on the horizon depending on how the storm develops, spokeswoman Cindy Babski said.

"The affected facilities are our Big Foot, Blind Faith, Genesis, Petronius and Tahiti facilities. While some non-essential personnel will be evacuated from our Jack St. Malo facility, production at that asset remains at normal levels. At our onshore facilities, we are following our storm preparedness procedures and paying close attention to the forecast and track of the storm," Flores-Paniagua said.

Residents from Houston to Mobile, Alabama, are bracing for a possible hurricane. There is a storm system developing in the Gulf of Mexico that could escalate to hurricane classification by the weekend.

As the low-pressure system moves closer to land it will meet warm, open waters that will fuel the storm's intensity, CNN meteorologist Haley Brink said.

A tropical storm is an area of thunderstorms that produces a circular wind flow with winds from 39 to 73 miles per hour. With a lower wind speed, it would be a tropical depression. Higher, and it would be a hurricane.

Regardless of the classification this system develops into, both Louisiana and Mississippi are forecast to see very heavy rain — more than a foot in some places, Brink said.

A storm system in the Gulf of Mexico is causing the flooding in New Orleans.

Here's a look at how much rain the area got so far, and what to expect this weekend as the system continues to travel:

Parts of New Orleans are under water after flash floods this morning.

Angela Catalano, who lives in the Mid-City neighborhood, told CNN that for now "the rain has stopped and it looks like the pumping system is draining our intersection.”

She tweeted a photo of her road and said she is worried about more flooding. She said there is another storm in the forecast and the Mississippi River is near flood stage.

Catalano said she is trying to clean up her house.

“We took in about 2 feet of water in our basement/ground floor level,” she said.

Catalano continued: “We still have electricity, but our gas needed to be shut off. Not sure about damage to our home, but many flooded cars on our street."