Judge rules in favor of Planned Parenthood in Missouri

Our live coverage has ended. Scroll through the posts below to see how it unfolded or follow CNN.com.

The license for Missouri’s last abortion provider will not expire, according to court documents. This does not renew the license, but rather allows it to remain in effect for the time being. 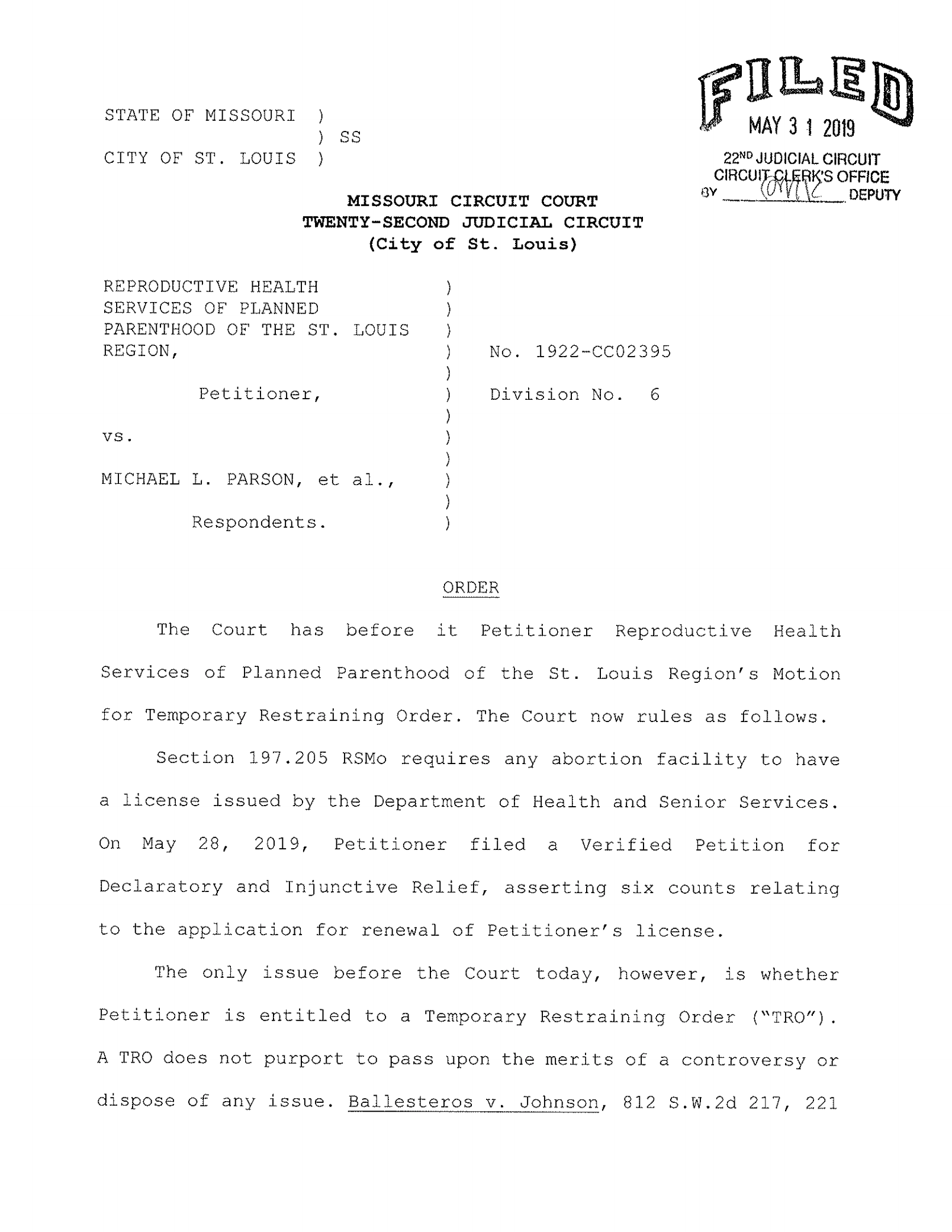 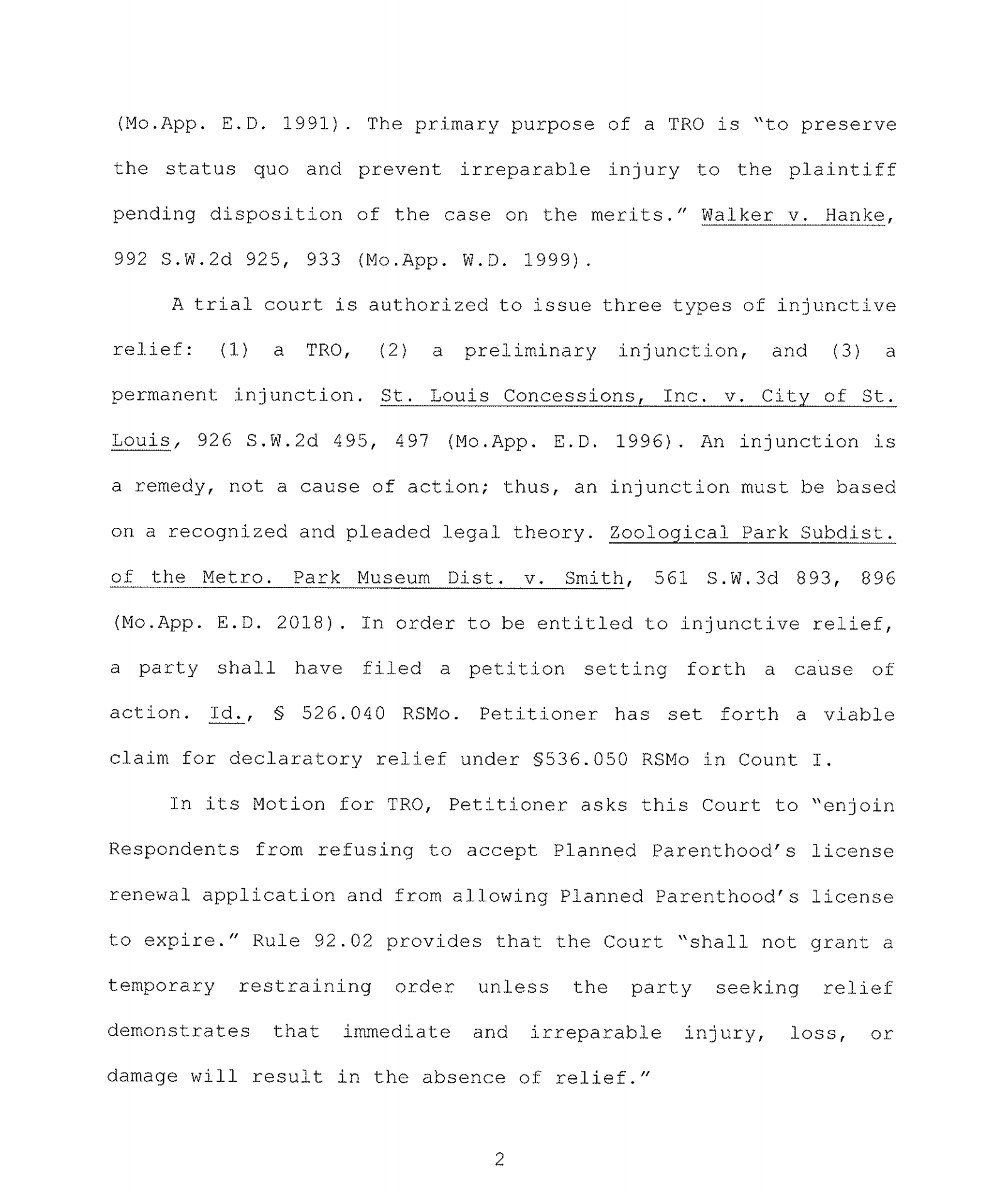 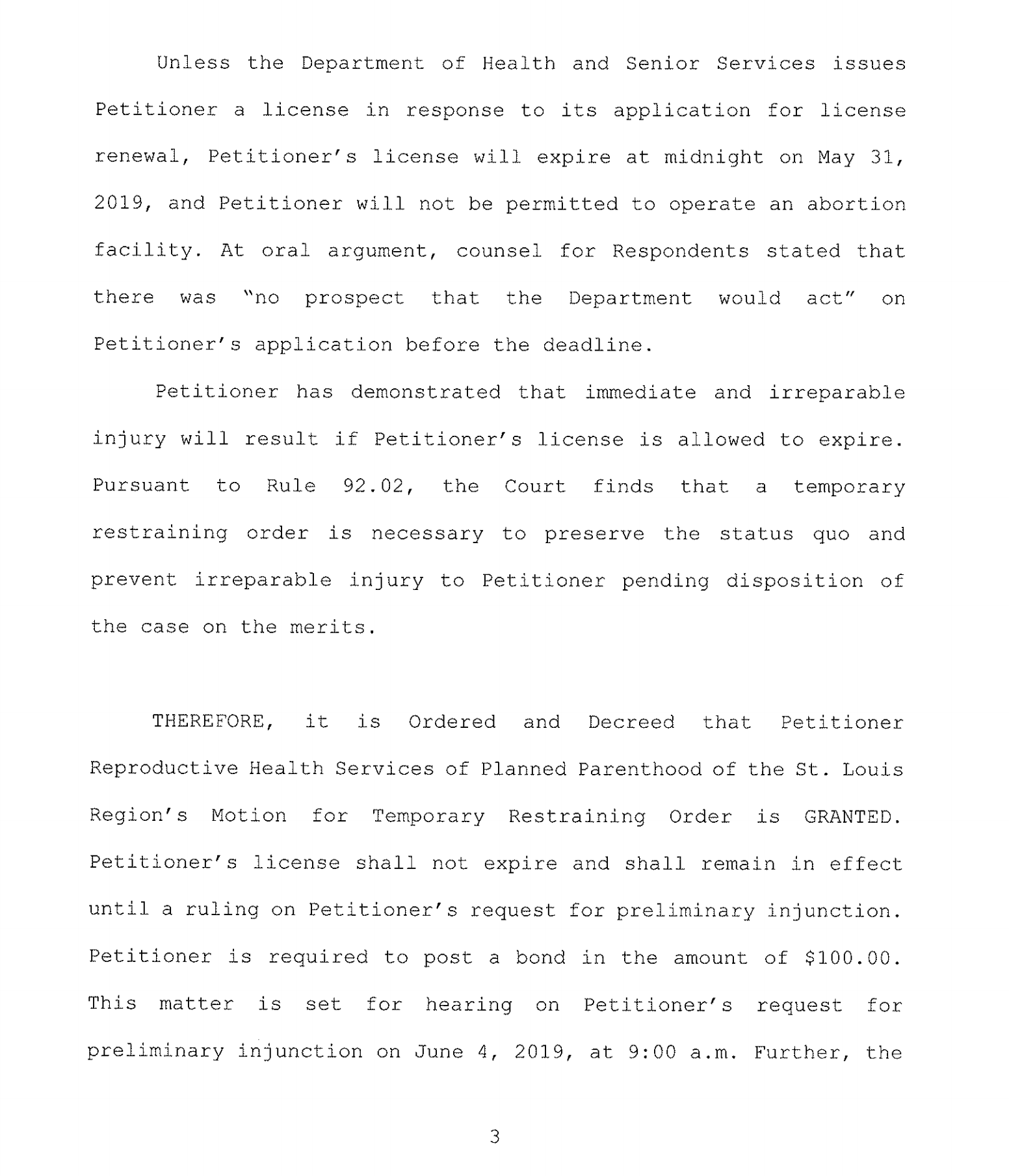 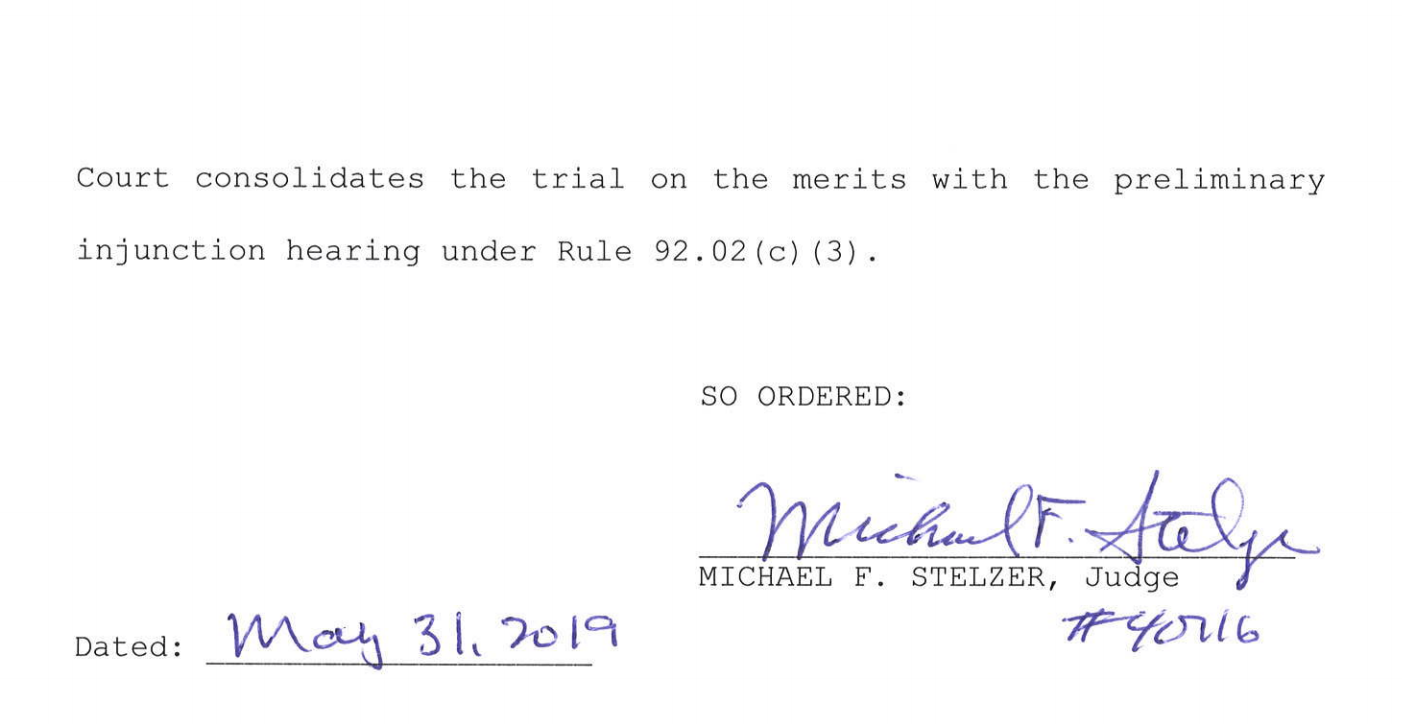 The license for Missouri’s last abortion provider will not expire, according to court documents.

Judge Michael Stelzer has ruled that the “temporary restraining order is granted” and "petitioner's license shall not expire and shall remain in effect."

The matter will be heard in court again on June 4.

The clinic’s license to perform abortions was scheduled to expire end of today.

At least 16 people were arrested during a protest urging for the license renewal for Missouri’s last abortion provider, according to Officer Michelle Woodling, spokesperson for St. Louis Metropolitan Police Department.

St. Louis Police Captain Renee Kriesmann told CNN during the protest that about 15 people went inside the Wainwright State Office Building, which houses government offices. “They will be asked to leave and if they don’t, they will be arrested,” Kriesmann said.

The protestors were later released, according to a post by Planned Parenthood Advocates in Missouri.

The fate of abortion in Missouri is in a judge's hands as Planned Parenthood fights the state for refusing to renew the license it needs to continue offering the service in its St. Louis clinic.

That annual license expires at the end of the day today, and without it, abortion services in Missouri will be no more — making it the first state in more than 45 years to no longer offer the procedure.

Remember: The lack of a license would not mean the end of the health center. It would still provide care including birth control, STD testing and treatment, cancer screenings and more, explained Planned Parenthood spokeswoman Bonyen Lee-Gilmore. But the reality of what this would mean for abortion access is stark.

They chanted, “Governor Parson, shame on you.”

Arguments have concluded in the Planned Parenthood hearing and a decision is expected by Friday.

Judge Michael Stelzer heard arguments from both sides in the fight to renew the license for Planned Parenthood’s St. Louis clinic. At a post hearing news conference, M'Evie Mead, director of Planned Parenthood Advocates of Missouri, said the state is making decisions in an “arbitrary and capricious way.”

Mead said Planned Parenthood has “bent over backwards” to try to comply with rules and the state continues to change them.

On Wednesday, Missouri Gov. Michael Parson claimed that the health department discovered "numerous violations of state laws and regulations" during an annual inspection of the facility in March.

The clinic’s license to perform abortions expires by end of day Friday.

Planned Parenthood has organized a "Emergency Response Rally" at Luther Ely Smith Park in St. Louis. They were joined by members of SEIU Local 1 and NARAL Missouri.

The protesters are calling on Missouri Gov. Mike Parson to "stop weaponizing the health department & renew the license for MO’s last health center that provides abortion!"

One attendee tweeted: “So utterly devastated that my state may be the 1st to ban all abortions this week! I will fight this w/ everything I have!!!”

With reporting from CNN's Christina Zdanowicz 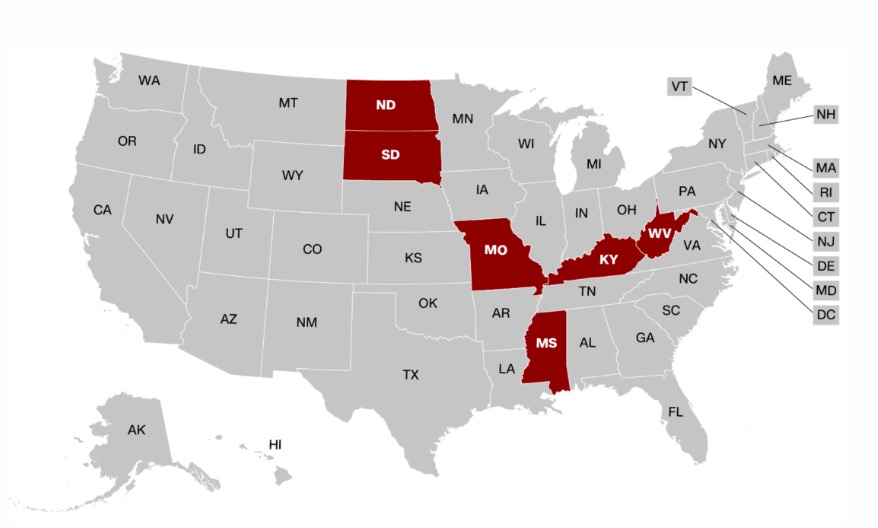 In just a few days, Missouri could become the first state in the country with zero abortion clinics.

But several other states are just one closure away from that fate, according to the Guttmacher Institute, which advocates for reproductive rights. They are: