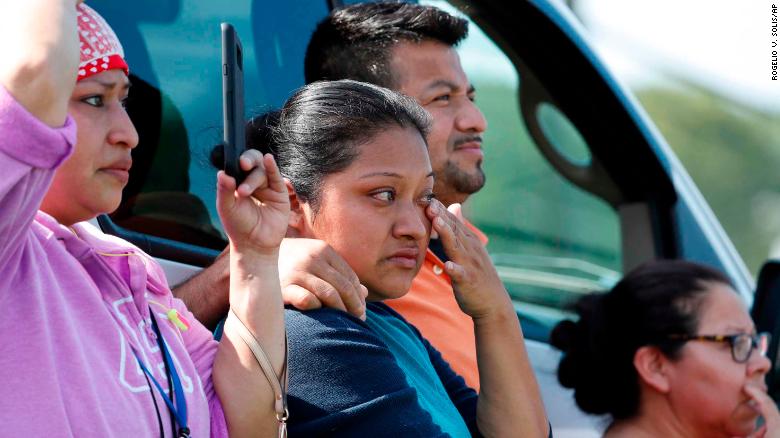 Several local officials criticized the operation that led to the arrests of about 680 immigrants in Mississippi on Wednesday.

Jackson Mayor Chokwe Antar Lumumba called the raids "dehumanizing and ineffective," issuing a statement calling for local houses of worship "to become sanctuaries for our immigrant neighbors and protect them from potential harm."

William Truly Jr., the mayor of Canton, told reporters outside a processing plant owned by Peco Foods Inc. that he was concerned about the impact the arrests would have on the local economy.

"I recognize that ICE comes under the Department of Homeland Security, and this is an order of the United States. There's nothing I don't think anybody can do about it," he said. "But my main concern is now, what happens to the children?" 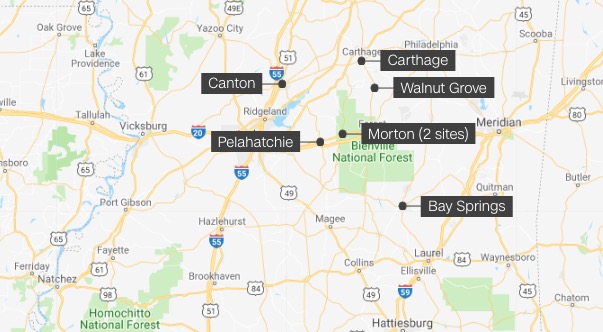 US immigration authorities detained some 680 undocumented immigrants Wednesday in what a federal prosecutor described as a record-setting operation.

US Attorney for the Southern District of Mississippi Mike Hurst told reporters the arrests took place at seven sites in six different cities in Mississippi on Wednesday. They are...

Officials declined to provide details about what sites had been targeted, citing what they said was an ongoing criminal investigation. CNN affiliates reported the raids at food-processing plants throughout the state.

Pete Buttigieg, the mayor of South Bend, Indiana, and a 2020 presidential candidate criticized the policy that led to Wednesday's raids, calling it a "disaster."

The tweet called the raids "a disaster of choice, including the choice to harm these innocent children."

"Neighbors are helping children as if there had been a natural disaster. But this is a policy disaster. It’s a disaster of choice, including the choice to harm these innocent children. Our nation will be judged for this. Time for a better way."

After their parents were detained during ICE raids in Mississippi on Wednesday, some children had nowhere to spend the night.

In Forest, Mississippi, some kids slept in a local gym, according to CNN affiliate WJTV

Neighbors and even strangers picked up children outside their homes after school and drove them to a community fitness center, according to WJTV.

Volunteers distributed donated food and drinks but most children sobbed rather than ate, the station reported.

Yesterday, the owner of the gym, Jordan Barnes, told WJTV:

“We’re going to have bedding available for them, we're going to get food for them just to get them through the night. And if they need transported to school in the morning we can arrange that as well."

ICE used confidential informants employed at several of the food processing plants raided in Mississippi in order to identify managers or supervisors who knew they were hiring undocumented workers, a senior immigration official with knowledge of the investigation told CNN.

At one of the plants, for example, it was revealed that an employee was receiving anywhere from $500 to $800 from each unauthorized worker that was hired by the plant.

Other employees and owners with knowledge of the illegal hiring practices at these sites were also identified during the months-long investigation. In some cases, audio and video recordings were obtained. 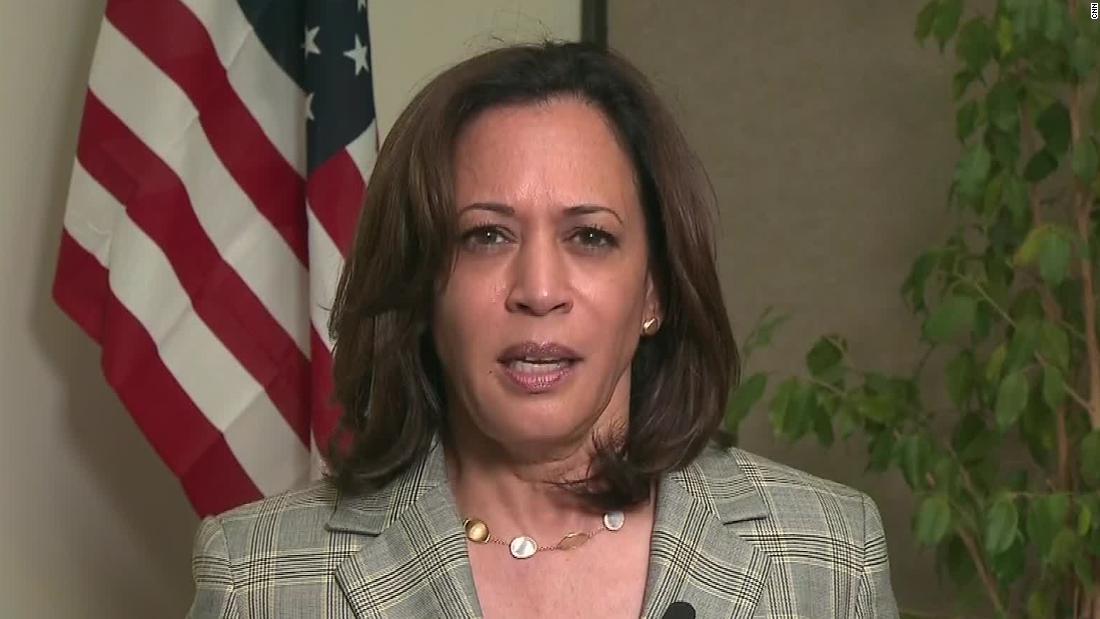 The tweet featured a video showing immigrant parents and their children.

"These children went to daycare and are now returning home without their parents because Trump wants to play politics with their lives," she tweeted.

It was the first day of school in Morton, Mississippi, Wednesday, and many undocumented parents and their children went together to the first morning drop off, said Elizabeth Iraheta.

By the end of the day, some of those children were all alone, she said.

US immigration authorities arrested about 680 undocumented immigrants at seven sites in six different cities in Mississippi on Wednesday.

As the scene unfolded, people wondered what will happen to the children of the detained immigrants.

A Facebook video broadcast live at the scene showed an 11-year-old girl sobbing and begging an officer for a chance to see her mother as bystanders tried to comfort her.

In the video, an officer noted that the mother is being processed "because she doesn't have papers to be here legally," then later told the crying girl that her mother would be released and wouldn't be deported.

"Today was the first day of school. All the parents went to take their kids to school," Iraheta said. "Now their kids maybe are alone. "

What ICE is saying: Albence, the acting ICE director, told reporters Wednesday that in the past the agency has worked with school liaisons to help "find placement" for children when their parents are detained.

"Most of the time, they're placed with another family member," he said, adding that each case would be evaluated and handled individually.

"Some of the parents that were arrested will be released and placed on an ankle monitor throughout (their immigration) proceedings," he said. 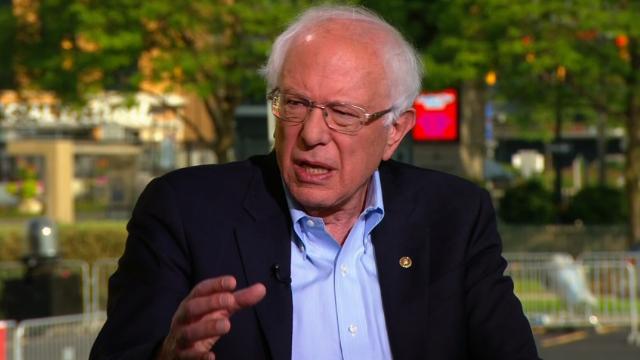 "Our job is to reject Trump's racist agenda, end the terror inflicted on immigrant communities and bring families together, not tear them apart," he tweeted. 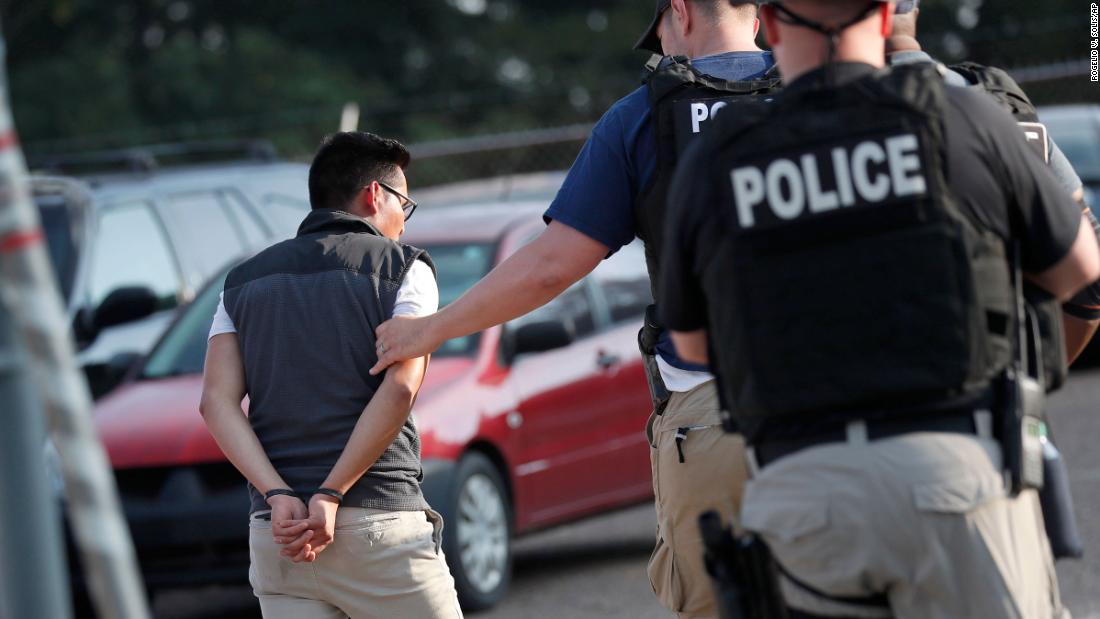 US immigration authorities have detained some 680 undocumented immigrants in what a federal prosecutor described as a record-setting operation.

US Attorney for the Southern District of Mississippi Mike Hurst told reporters the arrests took place at seven sites in six different cities in Mississippi on Wednesday. The raids, he said, are "believed to be the largest single-state immigration enforcement operation in our nation's history."

Officials declined to provide details about what sites had been targeted, citing what they said was an ongoing criminal investigation. CNN affiliates reported the raids at food-processing plants throughout the state.