Our live coverage has ended. Read below for the latest updates.

No one was injured in the incident at Mar-a-Lago today, according to authorities during a press conference.

Palm Beach County Sheriff Ric Bradshaw said that Florida Highway Police (FHP) was notified that a woman near the Breakers Resort was on top of her car acting erratically. By the time FHP responded to the area, she was inside of her vehicle and wouldn’t respond to the officer who was knocking on the window.

As the woman went to put the vehicle in drive, the officer broke the window, trying to grab the wheel. He was unsuccessful and the woman drove off.

Authorities say the woman was driving in excess of 70 MPH and even lost the highway patrol officers chasing her at one point.

Officers were able to catch up with the woman as she turned down Ocean Drive, which leads to Mar-a-Lago.

The woman drove through two checkpoints on the outer perimeter of Mar-a-Lago before officers an secret service fired their weapons.

Authorities said there was another woman in the vehicle, who was not arrested, they believe the suspect picked up this woman after the incident.

The vehicle was struck by multiple rounds of gunfire, but no one inside was struck. The woman, who Bradshaw identified as Hannah Roemhild, is in custody.

Secret Service Special Agent in Charge Brian Swain said that no secret service protectees were in Palm Beach County at the time of the incident.

Bradshaw said they do not believe that the woman has terroristic intentions and questions whether she even knew she was driving towards Mar-a-Lago.

Officials will hold a news conference at 3 p.m. ET on the incident that occurred at Mar-a-Lago, the Palm Beach Sheriff's Office announced in a news release.

US Secret Service and Florida Highway Patrol officials will also be there.

A person currently inside the Mar-a-Lago resort said Secret Service agents instructed guests and staff to remain inside around 12:15 p.m. ET, describing an ongoing “situation” outside the club.

Staff and guests were told they would be unable to come and go — and some were told it could be hours longer before they can leave. Guests are currently waiting around for more information.

The person described the scene as calm and organized. Inside the main part of the club, guests could not hear shots from outside, and only learned from agents on the scene that something was going on.

Agents had been in place since earlier today because of Trump’s scheduled arrival later today.

The following images from WSVN show the scene near Mar-a-Lago, where the Palm Beach Sheriffs Office says two people are in custody.

The Florida Highway Patrol was in pursuit of a black SUV when it headed toward two security check points at Mar-a-Lago this afternoon, according to the sheriffs office. The vehicle has been located and two people are in custody.

Watch a video from the scene below:

First lady Melania Trump is at the White House.

She's scheduled to travel with the President to Mar-a-Lago later this afternoon, according to White House guidance.

The Palm Beach Sheriffs Office says two people are in custody following the incident at Mar-a-Lago.

FHP was in pursuit of a black SUV. The black SUV was headed towards two security check points at Mar-A-Lago, in the Town of Palm Beach. The SUV breached both security check points heading towards the main entrance. Officials (still trying to determine) discharged their firearms at the vehicle. The vehicle fled while being pursued by FHP and PBSO helicopter. The vehicle has NOW been located and two individuals are currently in custody.

According to the White House schedule, President Trump and the First lady are scheduled to travel to Mar-a-Lago this afternoon.

They were due to depart the White House at 4 p.m. ET.

It's not clear if the incident will affect the schedule. 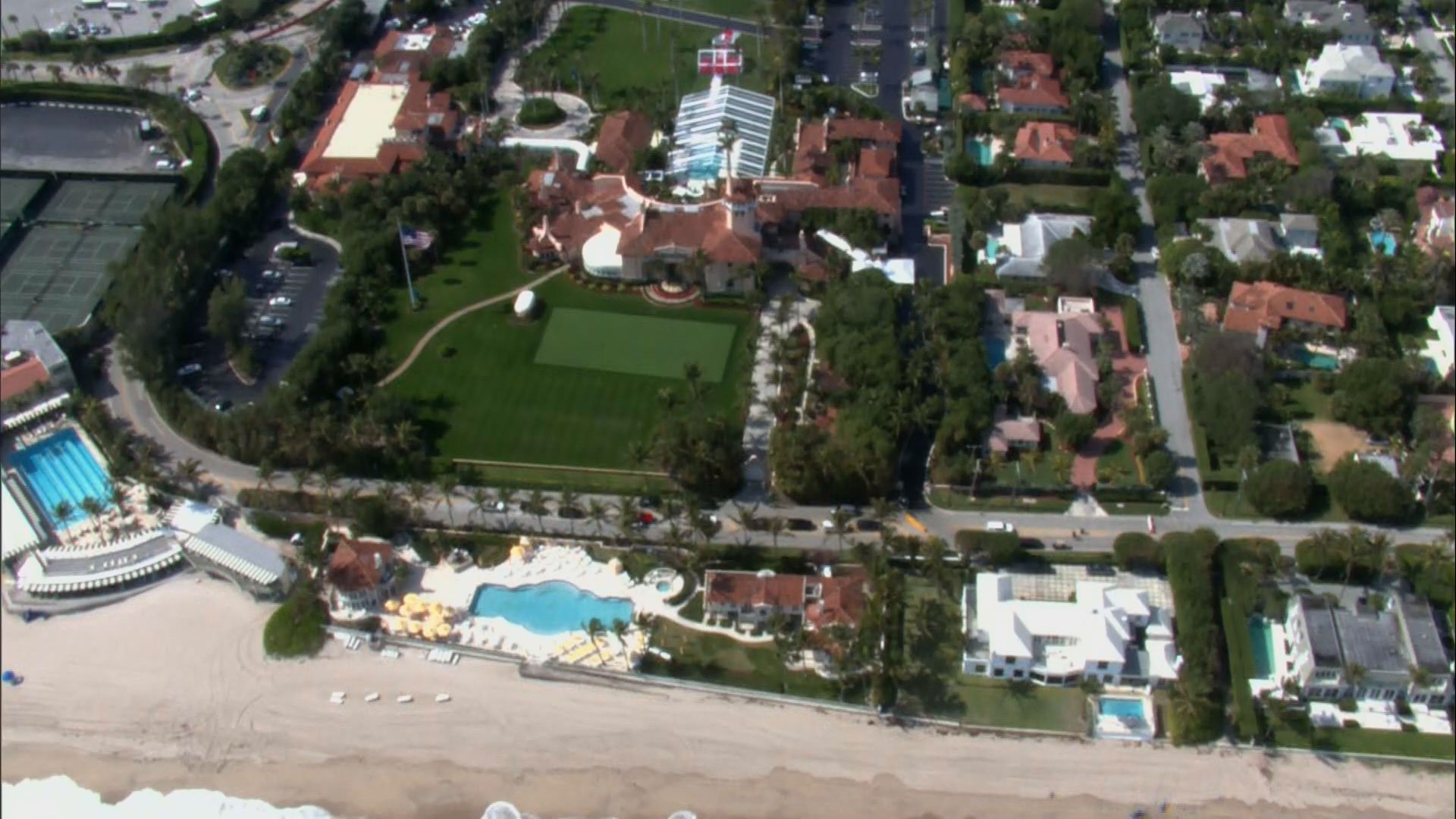 FBI spokesman James Marshall tells CNN they are aware of an incident at Mar-a-Lago and have agents responding to the scene.