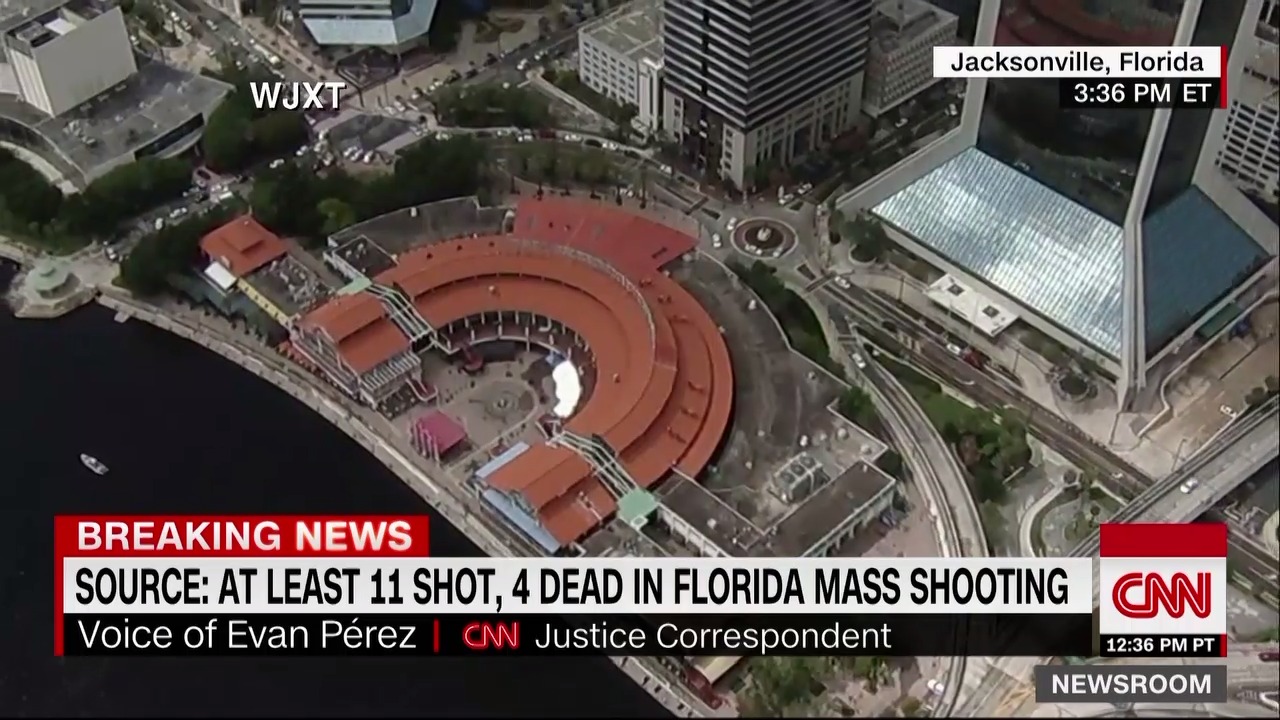 Electronic Arts — the digital interactive entertainment company that produces the Madden video game and that sanctioned Sunday’s Jacksonville tournament — issued a statement on its Twitter account.

"This is a horrible situation, and our deepest sympathies go out to all involved," the company tweeted.

Jason Lake, CompLexity Gaming founder and CEO, just issued a statement on the condition of one of their players, who was wounded during today's shooting at the Madden 19 Tournament.

The player was hit by gunfire and ran to a nearby gym for safety.

“We're obviously shocked and saddened by this afternoon's events. Our player, Drini, was hit in the thumb but is going to be fine. He managed to escape and run down the street to a nearby gym. He's currently cooperating with the authorities and we will be flying him out of Jacksonville as soon as we are given the green light from the officials on the ground.”

CNN has obtained a video capturing what appears to be the moment gunshots began to ring out while the tournament was being broadcast online.

The video captured the sound of approximately a dozen gunshots, and screams.

Warning this video may be disturbing to some viewers:

He said he's in contact with the Jacksonville Sheriff's Office.

The Jacksonville Sheriff's Office said officers are finding many people in hiding throughout the Landing, the event area where the mass shooting happened.

The office urged anyone who is hiding to stay calm and stay in their hiding spots.

In a second tweet, the sheriff's office asked anyone in hiding to call 911.

Malik Brunson was at a nearby Hooters when the shooting occurred at the GLHF Game Bar in Jacksonville, Florida.

"I was in Hooters, all I heard was he got a gun and the shooting started," Brunson told CNN. "One of the men ran into hooters with the shot wounds -- they locked us in the restaurant."