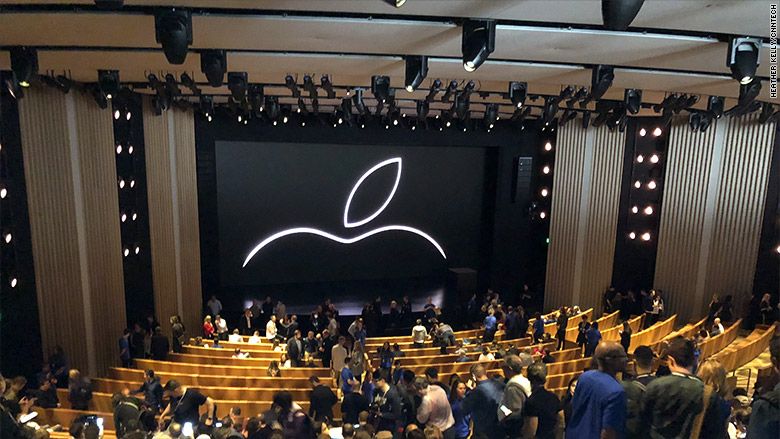 I'm a first-timer here. My first time at an Apple product launch event. So I'm seeing how the company tries to seduce us...

First impressions: Each and every detail matters. That's how Apple sucks you in. When you're walking up to the one year old Steve Jobs Theater, mood music is piped through speakers hidden in the grass. You sense that it's getting louder as you reach the theater doors. You can't help but laugh at the number of people pulling out their iPhones for photos at the entrance. Heading in now! 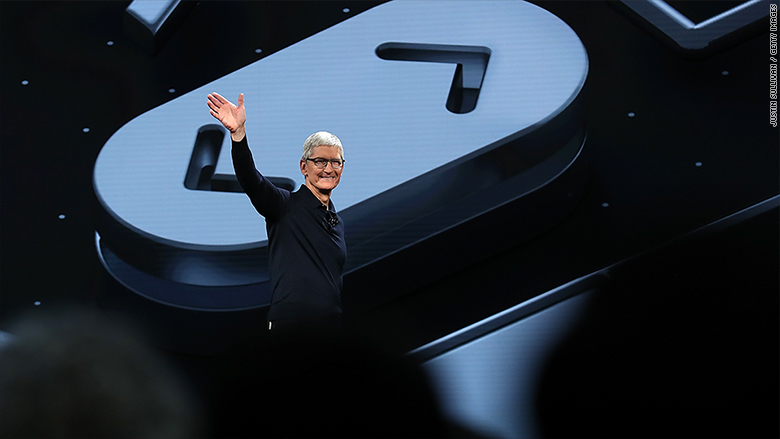 We'll be reporting live from Apple's spaceship-shaped campus with all the details.

Updated iPhones: The company is expected to launch three new iPhone models: An update of the existing X model, a larger model and a (comparatively) budget-friendly version.

Watch Party: The Apple Watch is 3 years old and ready for a light refresh.

Air time: Last year, Apple previewed a charging mat called AirPower, but never mentioned it again. Today could be the day Apple tells us when it will hit stores.

There's a good possibility we will also see an updated version of the wildly popular AirPods and a refresh of the iPad Pro.

Software upgrades: In June, Apple previewed its next-generation software. We'll likely learn when that software will roll out to devices and maybe get a peek at a surprise feature or two.

Read more about the all the rumored upgrades here. 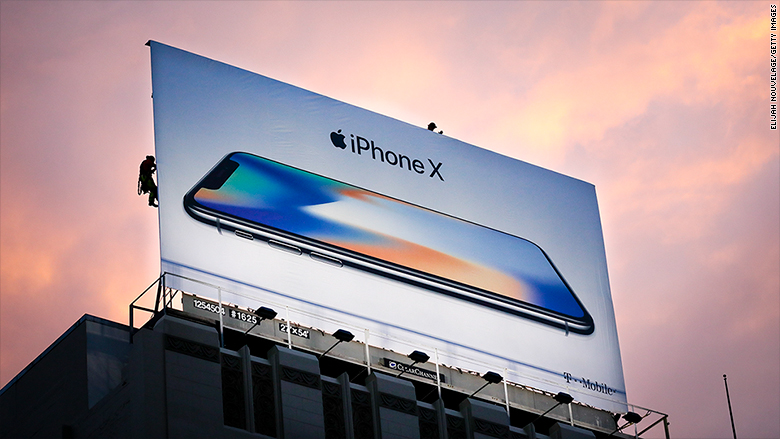 Apple's iPhone just might be the biggest cash cow on Wall Street.

More than a decade after its debut, the iPhone remains the chief moneymaker for Apple (AAPL).

The iPhone alone is expected to rake in $165 billion in sales this fiscal year, or 62% of Apple's total projected revenue.

It's a stunning amount of money from a single product line. To put that figure in context, the iPhone generates more revenue than 492 of the 500 companies in the S&P 500 did last year.

Read more about how the iPhone is the MVP of the stock market. 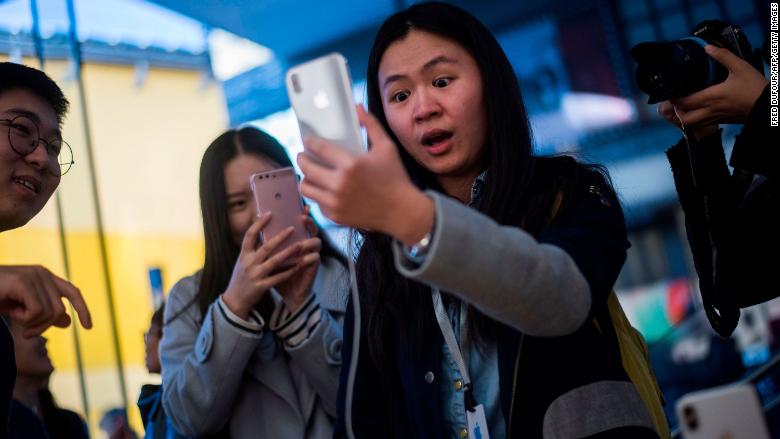 The iPhone is wildly popular in Western markets, but it’s failed to gain a strong foothold in countries like China and India, as well as other markets in Asia. Experts say that’s hurting Apple’s prospects for growth.

Chinese companies Huawei, Oppo, Vivo and Xiaomi control more than 80% of the market in that country. As of earlier this year, Huawei overtook Apple to become the world’s second biggest smartphone brand -- Samsung is the largest.

Price is the major concern in India, where increased tariffs pushed the cost of an iPhone X to $1,700 earlier this year. That’s far out of reach for most Indians, who earn less than $2,000 a year on average.

But, as Apple brings some of the latest iPhone features like Face ID to lower-end models, cheaper versions may appeal to cost-conscious Asian customers. Apple may also knock down prices on its older models.

Either way, Apple needs to find a way into Asia’s cost-conscious smartphone market – otherwise it stands to risk missing a very big slice of the pie.

The new lineup of Apple iPhones will be the focus of today’s event, but the future of the trillion-dollar company is about so much more than its most famous device.

Apple is also investing heavily in its media business, growing services like iTunes and iCloud, and is even building a production studio from scratch.

In Apple's services division, which includes Apple Music subscriptions, iTunes media and iCloud storage, revenue was up 27% for the first nine months of the business year, at $27.2 billion. That's far ahead of 15% growth for the iPhone.

Apple has also been inking deals right and left for new original content, much like what Amazon and Netflix are doing in entertainment. Apple will spend about $900 million this year on a roster featuring work from Oprah Winfrey, Reese Witherspoon and Stephen Spielberg. Shows could debut as early as next year.

Analysts say that a service offering Apple Music and Apple Video or a bundled product could cost $9-13, which is in line with similar offerings and bundles from other streaming services. 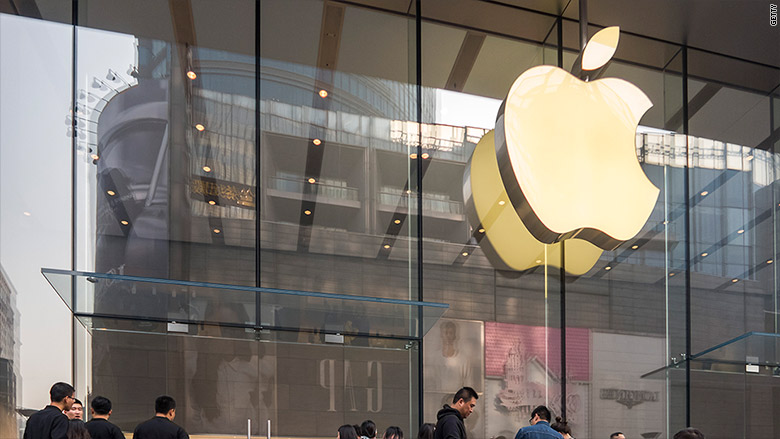 Tariffs on Chinese goods could raise the price of some of Apple's most popular items -- though for now, iPhones and iPads do not appear on the list.

In a letter to US Trade Representative Robert Lighthizer, Apple said the tariffs on Chinese goods would affect the Apple Watch, Air Pods, Apple Pencil, HomePod and MacMini, along with adapters, cables and chargers.

"Our concern with these tariffs is that the US will be hardest hit, and that will result in lower US growth and competitiveness and higher prices for US consumers," Apple said.

The US imported $505 billion in goods from China last year.

The Trump administration has already imposed 25% tariffs on $50 billion worth of Chinese goods, a levy that's intended to punish Beijing for alleged unfair trade practices and intellectual property theft.

Read more about how tariffs could affect the cost of Apple's latest batch of gadgets.