At a post hearing press conference, Patricia Holmes, attorney for Jussie Smollett, says the state made a legal decision to seal the records and drop the charges.

She clarified it is “not part of a deferred prosecution” and there “is no deal.”

Holmes urged the Chicago Police “not to jump ahead and utilize the press to convict people before they are tried in a court of law.” 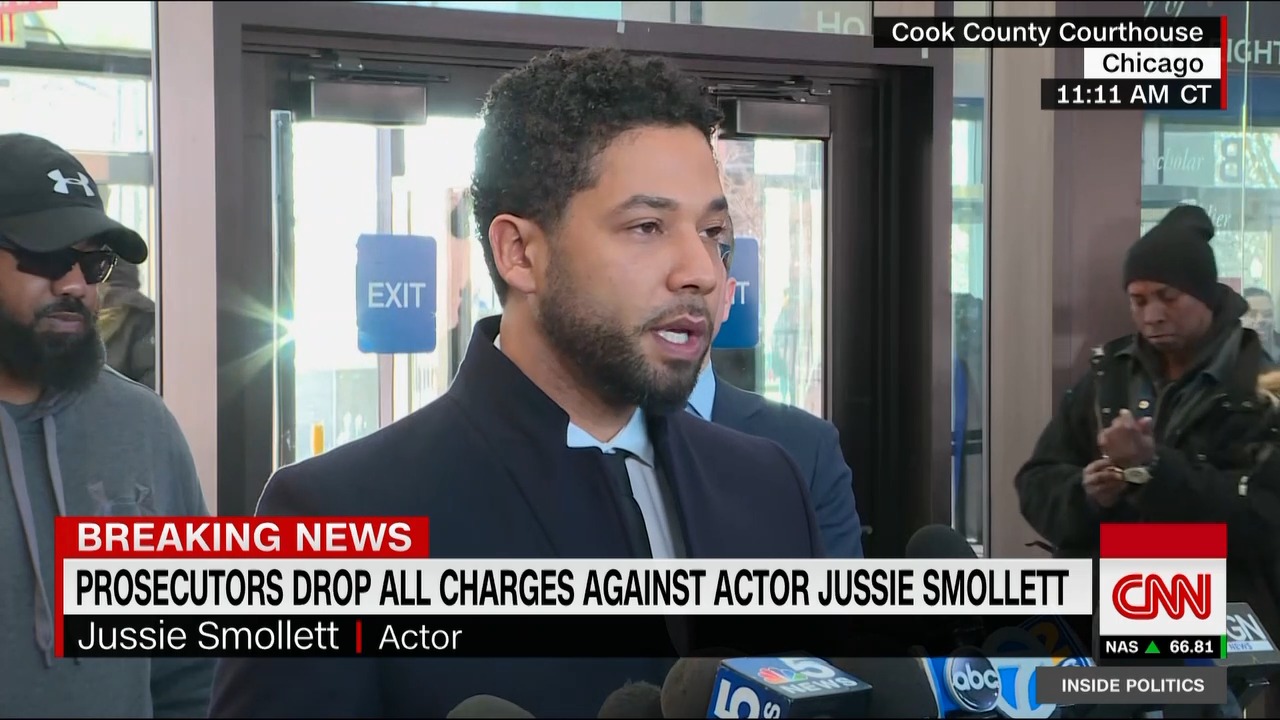 Jussie Smollett spoke following the announcement that the charges against him have been dropped.

Smollett called himself a "man of faith" and said he wanted to move on with his life.

"I want to thank my family, my friends, the incredible people of Chicago and all over the country and the world who have prayed for me, who have supported me." 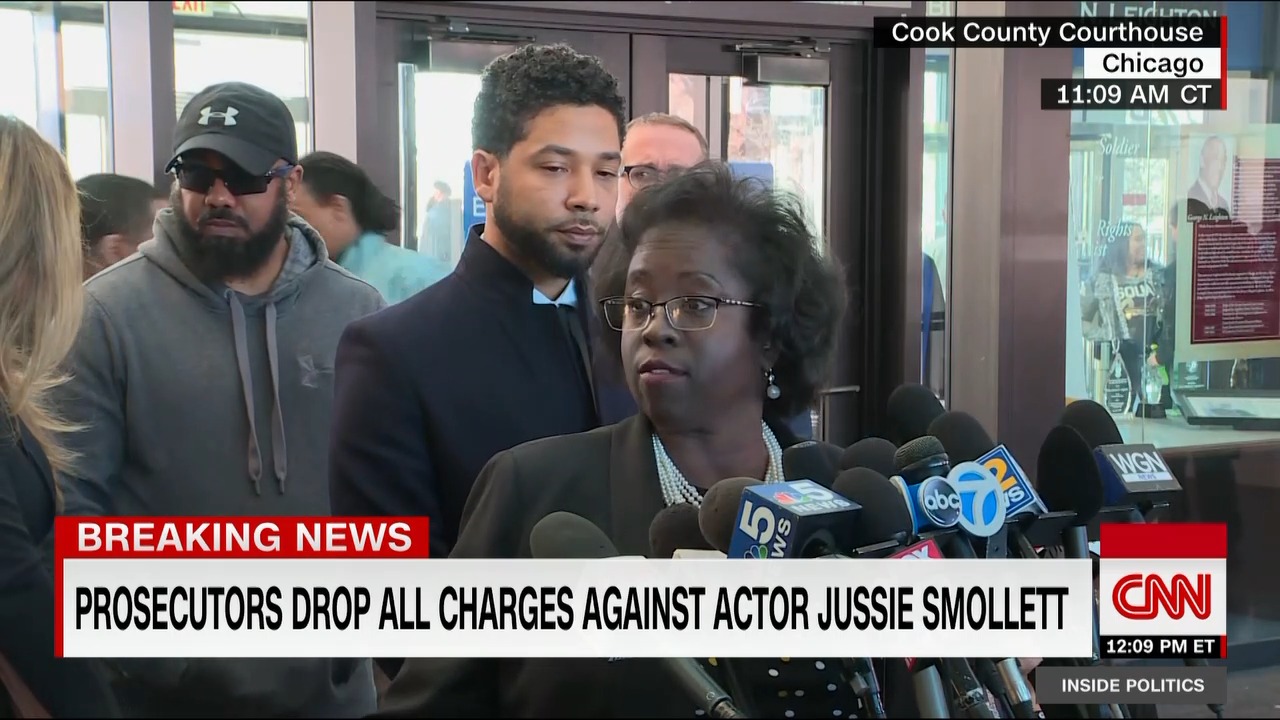 "Today as you have figured out, the state made a motion to drop the charges against Jussie Smollett and to seal the record in this case," she told reporters.

She added, "We believe that it was the correct result in this case. We're very happy for this result. And we are very anxious for Jussie to get on with his career and his life and to move forward."

CNN is still waiting for a statement from Gloria Schmidt, attorney for the Osundairo brothers. We have removed a statement that was incorrectly attributed to her.

The studio and network behind the television drama "Empire" declined to comment on the charges being dropped against actor Jussie Smollett, who appears on the show.

Here's a statement CNN just got from Chris Alexander, a spokesperson for 20th Century Fox Television and the Fox network:

"Many of you have reached out regarding today’s developments in the Jussie Smollett case. As of this time, the studio and network have no comment. I will of course let you know if that changes."

Here's what prosecutors said in a statement:

"After reviewing all of the facts and circumstances of the case, including Mr. Smollett’s volunteer service in the community and agreement to forfeit his bond to the City of Chicago, we believe this outcome is a just disposition and appropriate resolution to this case." 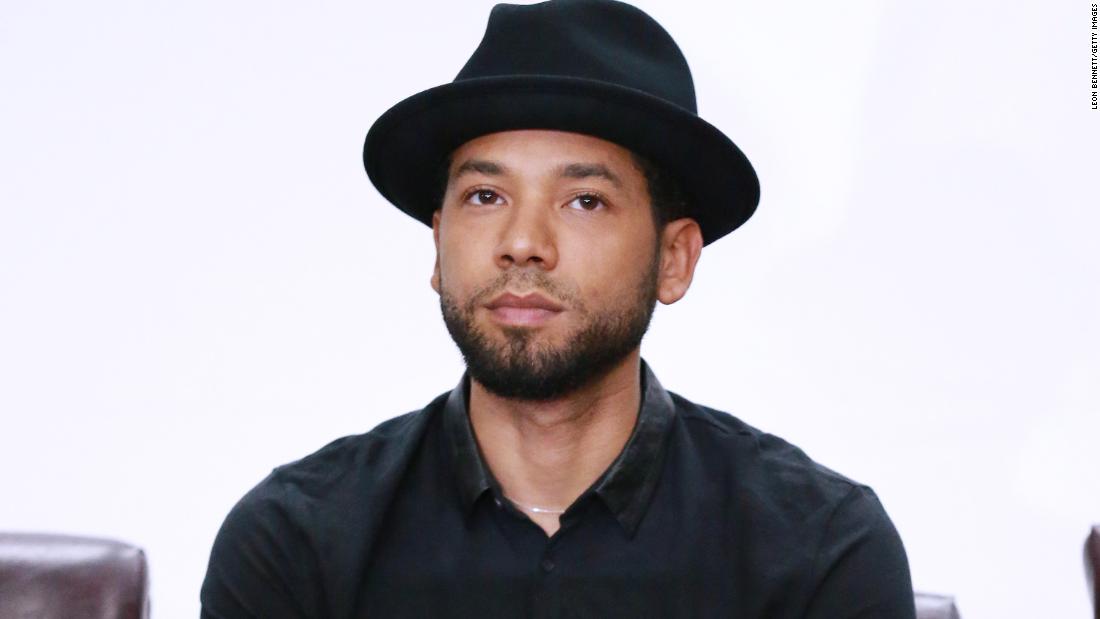 "Empire" actor Jussie Smollett was indicted earlier this month on 16 felony counts after authorities said he filed false reports of a crime.

The indictment charged Smollett, 36, with 16 counts of disorderly conduct.

Here's how things started: Smollett reported to police in January that he had been attacked in Chicago in an incident that ended with a noose around his neck. Police initially investigated the case as a possible hate crime.

The indictment: The indictment said Smollett told police he was attacked by two men who used racial and homophobic slurs during an attack at 2 a.m.

After police detained two brothers who were "persons of interest" in mid-February, police sources revealed that authorities suspected Smollett knew the men and allegedly had paid them $3,500 to stage the attack. The men were released without being charged.

Smollett denied any involvement in orchestrating an attack. 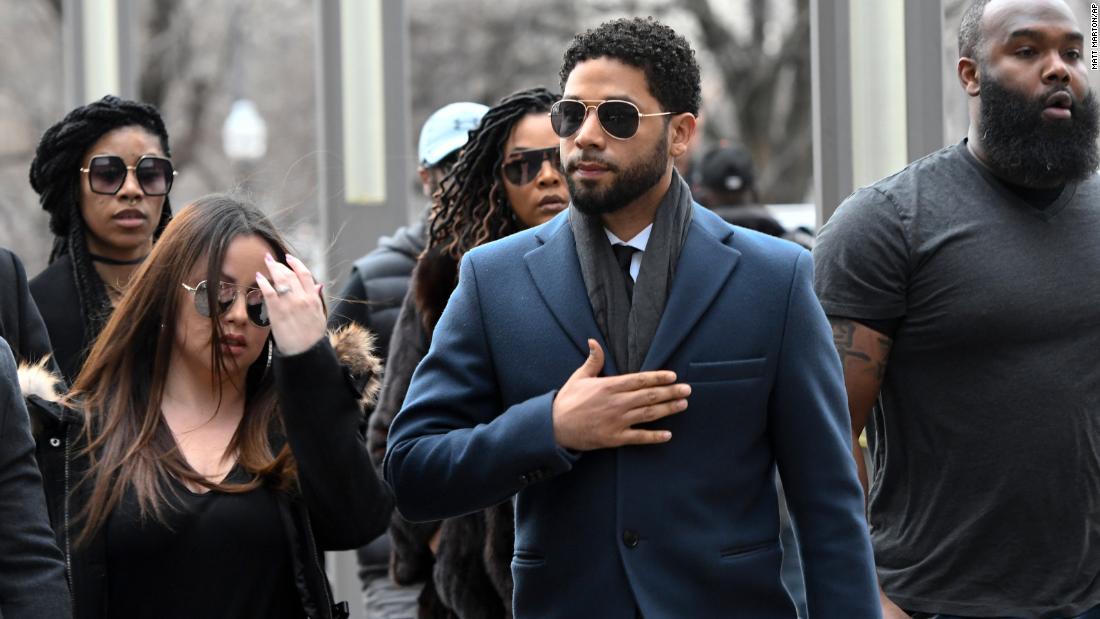 Attorneys for "Empire" actor Jussie Smollett said all the criminal charges against him have been dropped.

"He was a victim who was vilified and made to appear as a perpetrator as a result of false and inappropriate remarks made to the public causing an inappropriate rush to judgement," they said in a statement.

Smollett — who authorities said filed false reports of a crime — was indicted earlier this month on 16 felony counts by a Cook County grand jury.

"Today, all criminal charges against Jussie Smollett were dropped and his record has been wiped clean of the filing of this tragic complaint against him. Jussie was attacked by two people he was unable to identify on January 29th. He was a victim who was vilified and made to appear as a perpetrator as a result of false and inappropriate remarks made to the public causing an inappropriate rush to judgement.
Jussie and many others were hurt by these unfair and unwarranted actions. This entire situation is a reminder that there should never be an attempt to prove a case in the court of public opinion. That is wrong. It is a reminder that a victim, in this case Jussie, deserves dignity and respect. Dismissal of charges against the victim in this case was the only just result.
Jussie is relieved to have this situation behind him and is very much looking forward to getting back to focusing on his family, friends and career."